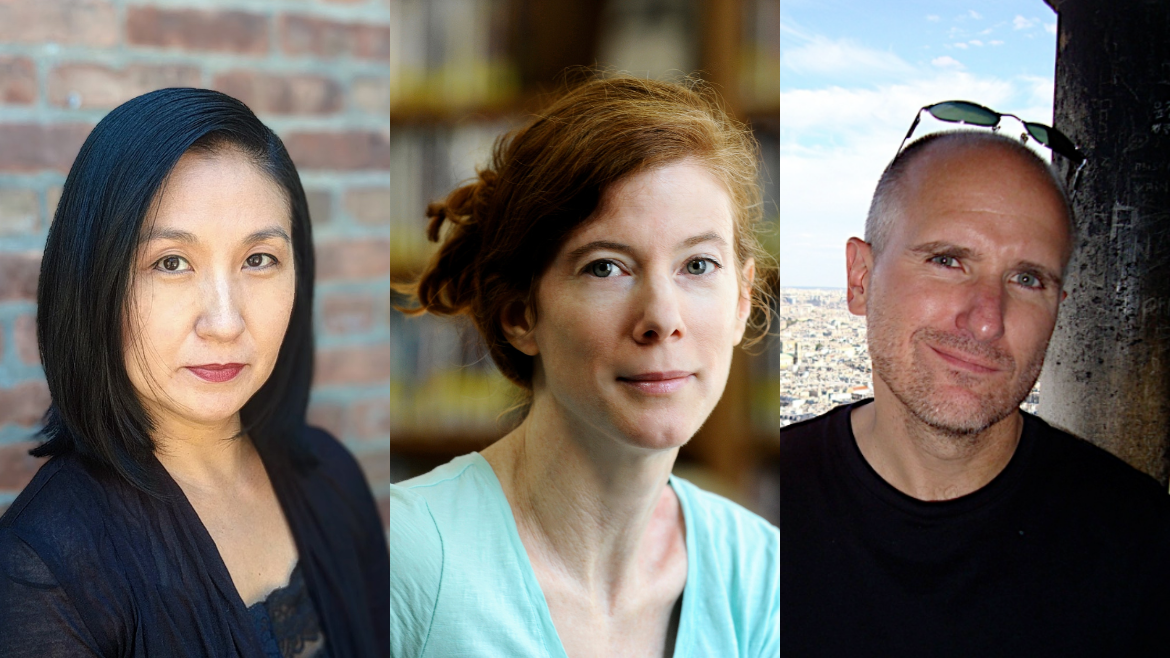 Arizona State University’s New College of Interdisciplinary Arts and Sciences is led by a diverse team of renowned faculty who work across disciplinary boundaries to produce innovative research.

New College has named a new associate dean and two new directors to help shape the future of the college and the School of Humanities, Arts and Cultural Studies. 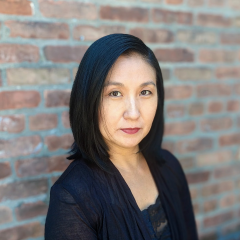 Her areas of research include the disorienting effects of technologized labor, cultural identity, consumerism and most recently the forces within industrial food production and promotion that mediate race, gender and bodies. Her work has been recognized with a number of awards and has been shown in museums and galleries around the world.

Kim received her master’s degree in fine arts with an emphasis on choreography and technology from the University of California, Los Angeles and her bachelor’s degree in theater from Northwestern University. Her appointment as associate director of the School of Humanities, Arts and Cultural Studies began on July 1.

"I look forward to supporting our new director and the community of world-class artists and scholars within the School of Humanities, Arts and Cultural Studies,” Kim said. “This is an exciting time for the school and New College. I'm happy to be participating in this new role." Miriam Mara, director of the School of Humanities, Arts and Cultural Studies

Mara investigates contemporary Irish literature and film. She joined New College in 2021 as a professor in the School of Humanities, Arts and Cultural Studies, and she has been with ASU since 2016.

During the 2016–17 academic year, Mara collected interview data from health care professionals in Kenya as part of a Fulbright U.S. Scholar award. This culminating piece followed a preliminary analysis of Kenyan medical documents and the fiction of Kenyan author Margaret Ogola. The resulting book, “Globalism and Gendering Cancer,” was published by Routledge in 2020.

She is currently expanding work on embodiment and identity in Irish literature with a new book, “Food Sovereignty in Post-Celtic Tiger Ireland,” which will analyze agricultural and ecological practice as well as a group of contemporary Irish texts about returning to farm life. She was named a 2019–20 Institute for Humanities Research Fellow to build this project.

“What I most anticipate is supporting faculty in their goals," Mara said. "I’m also excited to implement ideas garnered during the reimagining process.” 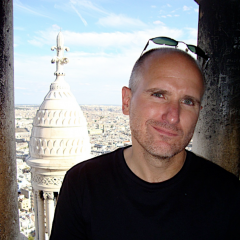 Toth is a professor of modern European history at ASU and has been with the university for 21 years. His first book, “Beyond Papillon: The French Overseas Penal Colonies,” was published by the University of Nebraska Press in 2006.

His second book, “Mettray: A History of France’s Most Venerated Carceral Institution,” was published by Cornell University Press in 2019. Toth's research has appeared in numerous international journals, and he has been the recipient of research grants from the National Endowment for the Humanities and the American Philosophical Society.

He has appeared as an expert commentator on a National Geographic documentary on Vietnam’s Con Dao island prison and will appear in an episode of the History Channel documentary series “Great Escapes” hosted by Morgan Freeman.

Toth received his PhD in modern European history from Indiana University, his master’s degree in history from ASU and bachelor’s degrees in history and journalism from the University of Nebraska Omaha. His appointment as associate dean of New College began on July 1.

“Over the course of the last five years we’ve seen New College grow dramatically, and I look forward to working closely with faculty and leadership on the development of new programs and initiatives that will continue to expand our reach while also deepening our engagement with the West Valley community,” Toth said.

During the month of July, art pieces from two local artists, Tiesha Harrison and Kurt von Behrmann, will be on display at ASU Gammage.Harrison is a multidisciplinary, Arizona-based influential artist who graduated from Arizona State University with a bachelor's degree in interdisciplinary studies. Her purpose is to inspire greatness through conceptual imagery and art-immersive experiences. The pr...

During the month of July, art pieces from two local artists, Tiesha Harrison and Kurt von Behrmann, will be on display at ASU Gammage.

Harrison is a multidisciplinary, Arizona-based influential artist who graduated from Arizona State University with a bachelor's degree in interdisciplinary studies. Her purpose is to inspire greatness through conceptual imagery and art-immersive experiences. The product of her brushstrokes and creativity evoke sensations of vulnerability and emotions, connecting viewers with vibrant manifestations of truth. Harrison uses her platforms as a collaborative space to create dialogue. 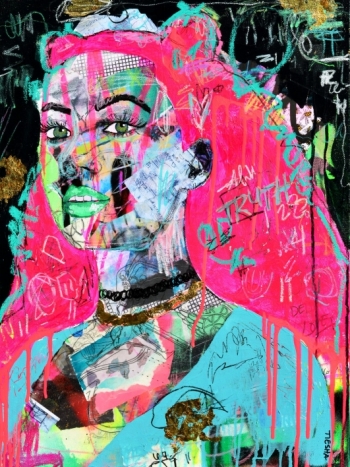 According to the artist, her artwork activates many spaces traditional and non-traditional, leaving a mark in the collective imagination to embrace the unknown and live our truth. Harrison begins her process in a soulful and innovative approach, which includes elements traditionally used in conceptual and interactive art. Her works often include bold visuals, vibrant concepts, mixed media and hand-cut collages. Her work has been described as fearless, intuitive and infinitely expanding. She is an abstract expressionist.

“I am inspired by the beauty of bold creativity in urban culture, innovation, storytelling, emotional rawness and music. It is the exploration of expression and intense attraction for authenticity that leads me on a journey of reflective brushwork and bold visuals. Decoding life experiences while creating art that speaks to and from the soul. My higher calling is to use art as a vehicle to engage, serve, uplift and transform the community. Raising the level of consciousness. Deep connection and desire to think without limitations, provoke a feeling, an emotion, a story, a vision for unveiled new perspectives to inspire greatness,” Harrison said.

Von Behrmann is a Phoenix-based artist who will be displaying new work of both paintings and drawings.

Von Behrmann and Harrison's work will be on display at ASU Gammage until July 31. I AM “Untranslatable Connection” by Tiesha Harrison. I AM “Bold” by Tiesha Harrison. 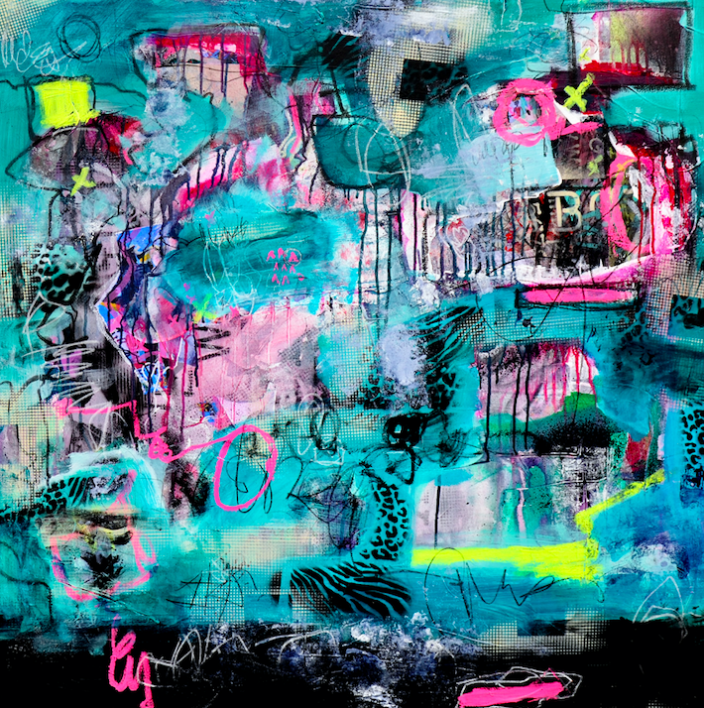 I AM “True Escape”  by Tiesha Harrison. 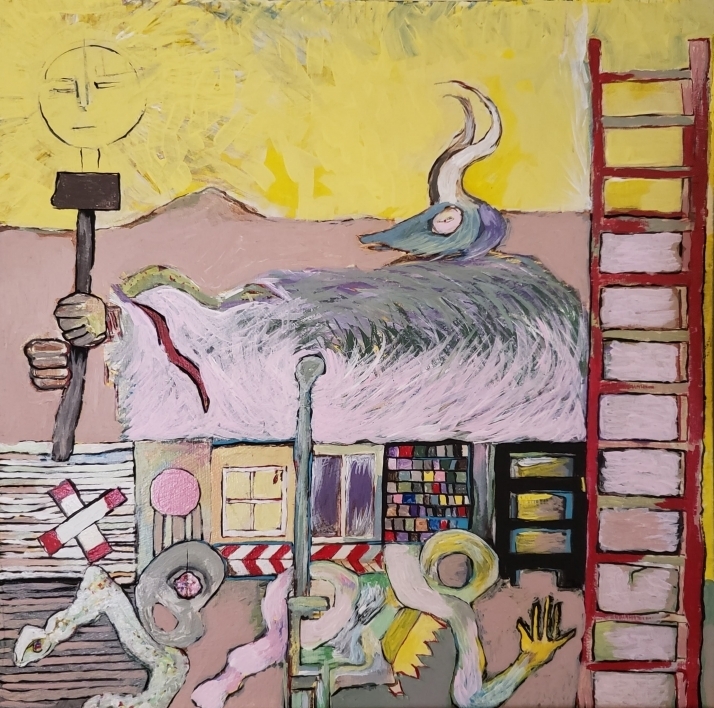