Deng is studying the circulation, transportation and trade of marble from Myanmar used to create Buddhist images. She focuses on the trade from Myanmar to China from the 1890s to the present day. 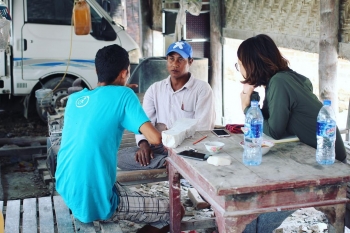 After earning her bachelor’s degree in philosophy from Fudan University in Shanghai and her master’s degree in religious studies from New York University, Deng spent three years away from academia and worked as a project assistant for interfaith projects, traveling across Southeast Asia and returning to China to work in the outbound tourism industry.

During her travels as an exchange student in Taiwan, her observation of and participation in many Buddhist activities made her curious about the engagement of religion with modernity and secularity in different cultural and social settings.

But it was during a trip to Myanmar in 2014 that really got her interested in the everyday practices of Buddhism and the interactions between Buddhism and politics in Myanmar society.

“From my perspective, these transnational, transcultural Buddhist material transactions challenge a lot of long-entrenched presumptions in Buddhist studies and area studies as they have fostered Buddhist connections that transcends many different identity vectors, including ethnicity, nationality and, most importantly, sectarian affiliation,” Deng said. 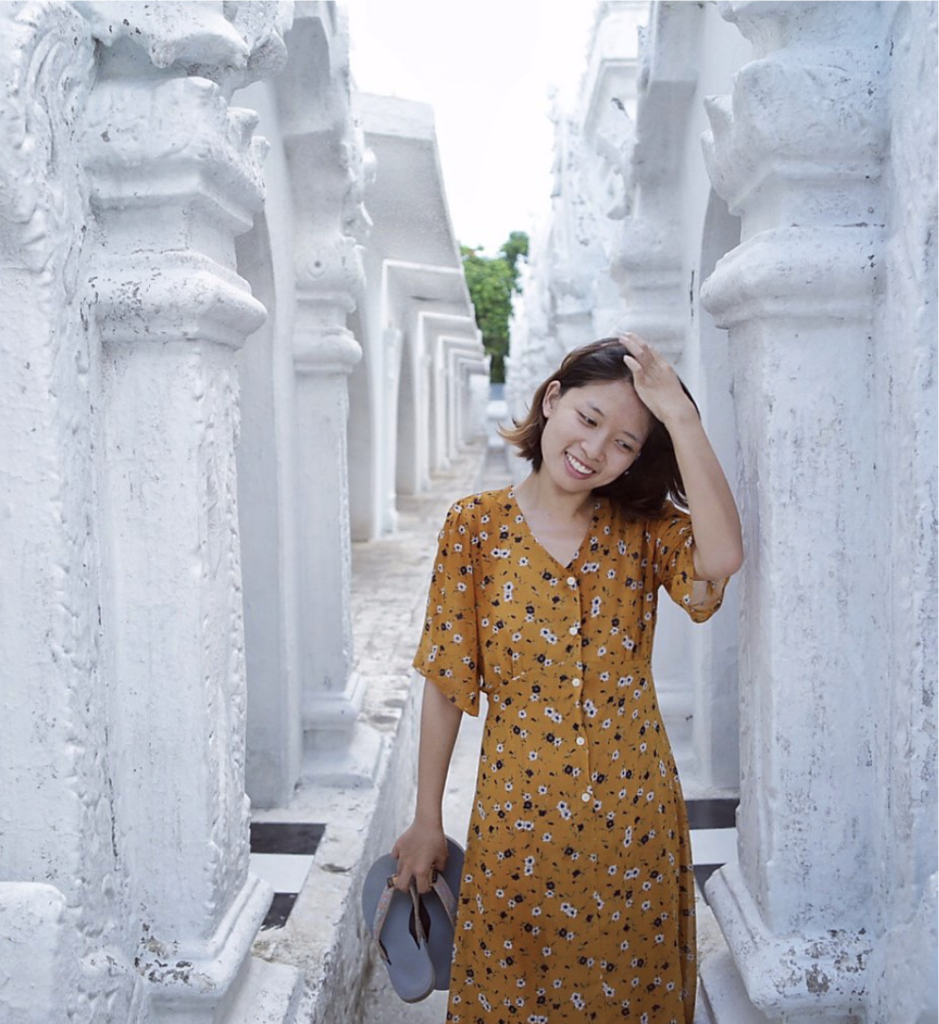 Beiyin Deng is a PhD candidate studying the anthropology of religion.

Knowing that Juliane Schober, director of the Center for Asian Research and professor of religious studies in ASU’s School of Historical, Philosophical and Religious Studies, is a scholar of topics that interested her, Deng applied to the religious studies doctoral program at ASU.

“(Deng’s) work is innovative because it crosses many boundaries, disciplinary ones between religious studies, anthropology and history; regional ones between Southeast and East Asia; religious ones between Theravada and Mahayana Buddhism; and ethnic ones between Myanmar and China,” said Schober, who is the chair for Deng’s dissertation. “I'm sure it will receive a lot of scholarly attention once the dissertation is completed.”

Since joining the doctoral program in 2016, Deng has traveled to the Chinese cities of Sichuan, Chongqing, Beijing, Shanghai, Zhejiang, Fujian, Yunnan and now Ruili to conduct field research.

“The initial goal of these travels was, firstly, to locate the marble Buddha images that were conveyed by Chinese monastics from Myanmar to China between the 1890s and 1930s based on my previous archival research and, secondly, to observe their status of preservation at museums and Buddhist temples and sacred mountains and to collect materials about their biographies,” Deng said.

During her travels, she learned about the popular practice of donating marble Buddhist images from Myanmar to Buddhist temples across China from the 1980s to the early 2000s. She was also able to visit marble mines in Beijing, Hebei, and Sichuan in China, and the famous Chinese Buddhist image carving centers in Quyang and Hui’an.

“I chatted with Chinese marble quarry owners and workshop owners, observed the various properties of marble stones excavated from different locations and listened to people’s interpretations of these properties and their differences,” Deng said. “These experiences have enriched my knowledge of the Buddhist image market in China, enabled me to compare the raw materials with those from Myanmar and deepened my understanding of the enchantment that Burmese marble provokes among Chinese Buddhists.”

Deng is currently conducting field research in Ruili, China, which opened its borders in early June of this year.

“I had waited for this opportunity since I arrived in China last August,” Deng said. “I am really excited to return to the neighborhood that I used to conduct research on before the pandemic."

After completing this stage of her fieldwork, she plans to visit Beijing for additional archival research before returning to the U.S. to finish writing her dissertation. 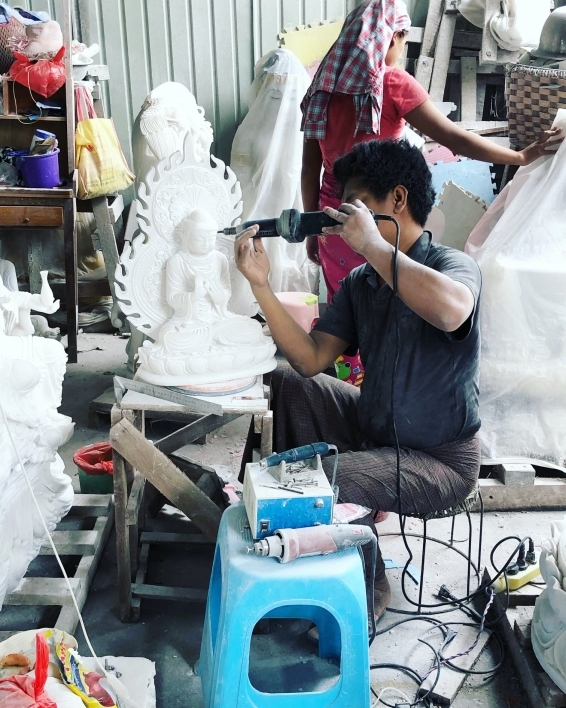 A Burmese craftsman works on a Buddhist statue in Ruili, China. 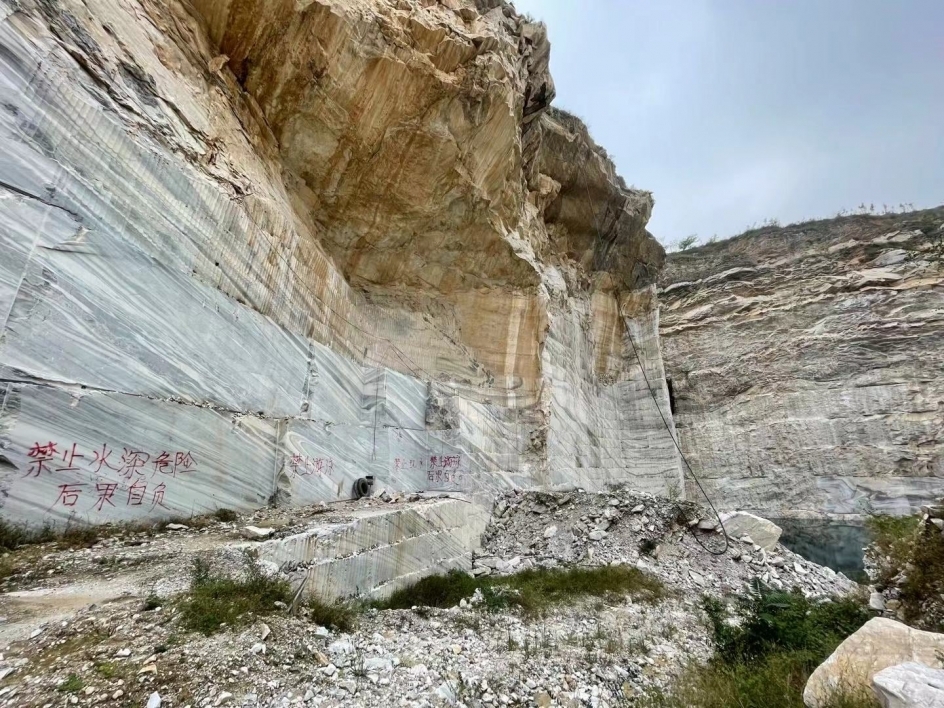 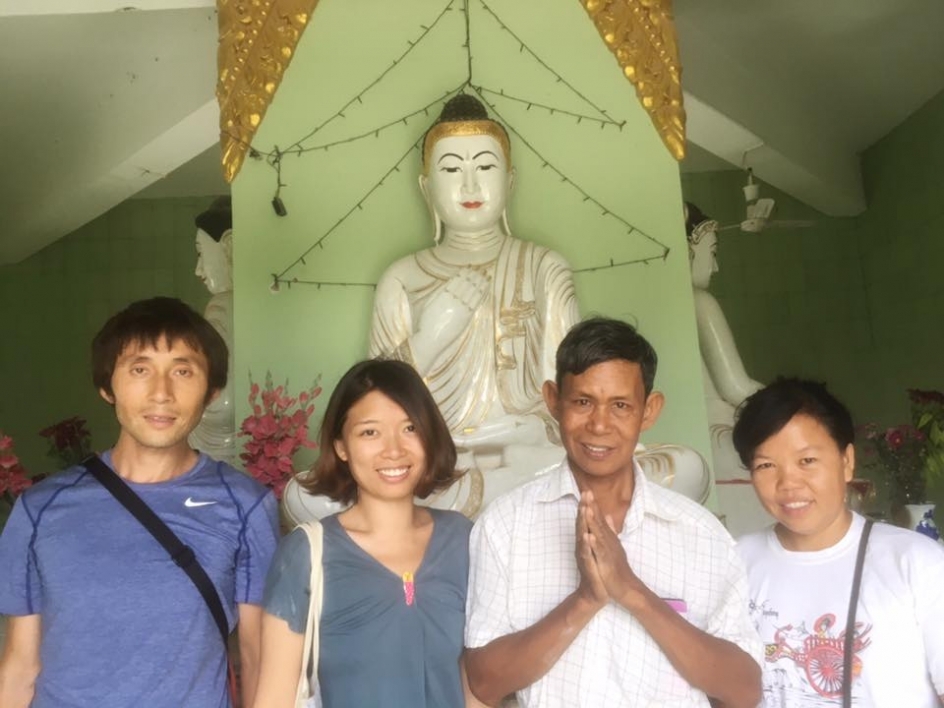 Deng (second from left) with a Burmese carving master. When is a thumb not a thumb? When it’s an elongated wrist bone of the giant panda used to grasp bamboo.Through its long evolutionary history, the panda’s hand never developed a truly opposable thumb and, instead, evolved a thumb-like digit from a wrist bone, the radial sesamoid. This unique adaptation helps these bears subsist entirely on bamboo despite being members of the meat-eating order o...

When is a thumb not a thumb? When it’s an elongated wrist bone of the giant panda used to grasp bamboo.

Through its long evolutionary history, the panda’s hand never developed a truly opposable thumb and, instead, evolved a thumb-like digit from a wrist bone, the radial sesamoid. This unique adaptation helps these bears subsist entirely on bamboo despite being members of the meat-eating order of Carnivora. 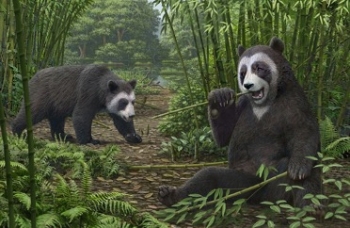 An artist reconstruction of Ailurarctos from Shuitangba. The grasping function of its false thumb (shown in the individual on the right) has reached the level of modern pandas, whereas the radial sesamoid may have protruded slightly more than its modern counterpart during walking (seen in the individual on the left). Illustration by Mauricio Anton

In a new paper published in Scientific Reports, researchers, including Arizona State University paleoanthropologist Denise Su and Jay Kelley, an affiliated researcher with the university, report on the discovery of the earliest bamboo-eating ancestral panda to have this “thumb.” Surprisingly, it’s longer than its modern descendants.

Uncovered at the Shuitangba site in Yunnan, China, and dating back 6 to 7 million years ago, a fossil false thumb from an ancestral giant panda, Ailurarctos, gives scientists a first look at the early use of this extra (sixth) digit — and the earliest evidence of a bamboo diet in ancestral pandas — helping us to better understand the evolution of this unique structure.

“It’s exciting that this unassuming-looking fossil is allowing us, for the first time, to understand how the panda’s false thumb evolved,” said Su, co-leader of the project that recovered the panda specimens, and a research scientist with the Institute of Human Origins and associate professor with the School of Human Evolution and Social Change. 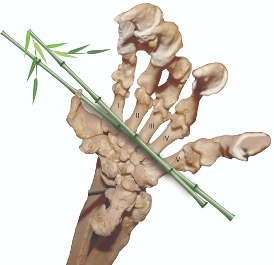 While the celebrated false thumb in living giant pandas (Ailuropoda melanoleuca) has been known for more than 100 years, how this wrist bone evolved was not understood due to a near total absence of fossil records.

“Deep in the bamboo forest, giant pandas traded an omnivorous diet of meat and berries to quietly consuming bamboos, a plant plentiful in the subtropical forest but of low nutrient value,” said Xiaoming Wang, lead author and paleontology curator of the Natural History Museum of Los Angeles County. “Tightly holding bamboo stems in order to crush them into bite sizes is perhaps the most crucial adaptation to consuming a prodigious quantity of bamboo.”

This discovery could also help solve an enduring panda mystery: Why are their false thumbs so seemingly underdeveloped? As an ancestor to modern pandas, Ailurarctos might be expected to have even less well-developed false “thumbs,” but the fossil Su and her colleagues discovered revealed a longer false thumb with a straighter end than its modern descendants' shorter, hooked digit. So why did pandas’ false thumbs stop growing to achieve a longer digit?

“Panda's false thumb must 'walk and chew,'” Wang said. “Such a dual function serves as the limit on how big this ‘thumb’ can become.”

“This is a prime example of the functional trade-offs that so often determine the form of structures during the evolutionary process,” said Kelley, who also co-led the Shuitangba field project and is an affiliated researcher with ASU's Institute of Human Origins and adjunct professor with the School of Human Evolution and Social Change.

Su and her colleagues think that modern pandas' shorter false thumbs are an evolutionary compromise between the need to manipulate bamboo and the need to walk. The hooked tip of a modern panda’s second thumb lets them manipulate bamboo while letting them carry their impressive weight to the next bamboo meal. After all, the “thumb” is doing double duty as the radial sesamoid — a bone in the animal’s wrist. 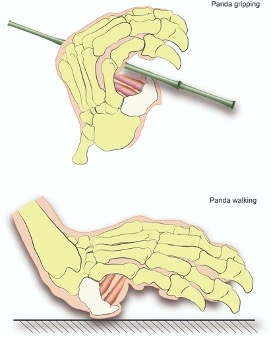 “Five to 6 million years should be enough time for the panda to develop longer false thumbs, but it seems that the evolutionary pressure of needing to travel and bear its weight kept the ‘thumb’ short — strong enough to be useful without being big enough to get in the way,” Su said.

“In addition to the false ‘thumb,’” said Kelley, “a molar of Ailurarctos also found at the Shuitangba site shares the complex chewing surface of modern pandas, needed to break down tough bamboo stems.”