Sharon Bramlett-Solomon has devoted more than three decades to researching diversity and media issues, including the workplace environment and experiences of journalists of color in the news industry.

An associate professor at the Walter Cronkite School of Journalism and Mass Communication at Arizona State University, Bramlett-Solomon was recently recognized for her decades of work as the 2022 recipient of the Lionel C. Barrow Jr. Award for Distinguished Achievement in Diversity Research and Education. 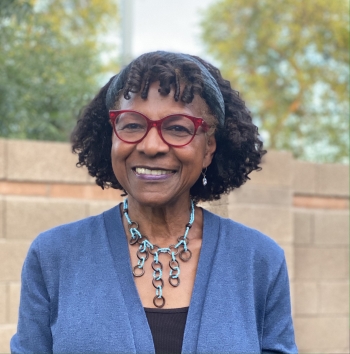 The award is presented annually by the Association for Education in Journalism and Mass Communication and supported by the AEJMC Minorities and Communication (MAC) division and Commission on the Status of Minorities.

Bramlett-Solomon will be honored at the MAC Awards and Social on Aug. 4 during the 2022 AEJMC Conference in Detroit.

“We are extremely proud to have Dr. Bramlett-Solomon on our faculty. This recognition is a reflection of her hard work, reputation and significant contributions,” Cronkite School Dean Battinto L. Batts Jr. said.

The award is named after Lionel C. Barrow Jr., a former advertising executive who transitioned to academics in the 1970s and was foundational and integral in diversifying AEJMC. The Barrow Award recognizes outstanding individual accomplishment and leadership in diversity efforts in journalism and mass communication.

“I am humbled,” she said. “This is a coveted award where the distinction is for achievement in diversity research, which I’ve done for a long time. This award reflects that I have a sustained record of diversity scholarship.”

Bramlett-Solomon said the award carries special significance because she had an opportunity to work with Barrow in AEJMC when she was MAC chair in the 1990s.

Bramlett-Solomon has focused on representation in journalism since the outset of her academic career and has produced scholarship that has helped set a precedent for teaching diversity and inclusion in journalism education.

In the 1990s, she created a Race, Gender and Media course at ASU that served as a model for journalism and communication teachers across the country. She also is author of the textbook “Race, Gender, Class & Media: Studying Mass Communication and Multiculturalism,” now in its third edition.

Bramlett-Solomon in the 1990s started surveying Black journalists at the National Association of Black Journalists conferences, focusing her research on their workplace perceptions and job satisfaction, work she continues today through online logistics.

She has presented and published more than 100 papers on media and diversity issues. Her recent work focuses on the working experiences and conditions of Black journalists in the digital age.

Bramlett-Solomon has worked throughout the years to connect her research in the academic realm with journalists working in the industry.

Fertilizer and water are essential ingredients to support the farming that feeds more than 7.7 billion people on the planet. But while fertilizer is beneficial for growing food, nitrogen-based compounds called nitrates from fertilizer-contaminated runoff and other industrial processes can also pollute already scarce clean water sources.We can’t live without water or fertilizer, so something must...

Fertilizer and water are essential ingredients to support the farming that feeds more than 7.7 billion people on the planet. But while fertilizer is beneficial for growing food, nitrogen-based compounds called nitrates from fertilizer-contaminated runoff and other industrial processes can also pollute already scarce clean water sources.

We can’t live without water or fertilizer, so something must be done. 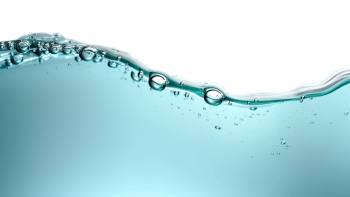 Clean water sources can become contaminated with nitrates from fertilizer-contaminated runoff and other industrial processes. Arizona State University researchers are collaborating on a multi-institute team to develop a new process to both decontaminate polluted water and generate valuable ammonia chemicals at the same time. Photo courtesy Shutterstock Download Full Image

Christopher Muhich, an assistant professor of chemical engineering in the Ira A. Fulton Schools of Engineering at Arizona State University, is working with a multi-institute research team to develop a new process that can efficiently turn nitrate-contaminated wastewater and polluted groundwater into valuable ammonia and drinkable water.

The ammonia generated from this process can later be used to produce ammonium chloride, an important fertilizer, while the decontaminated water can be released into the ecosystem or further purified for municipal uses.

The challenging nature and critical role of ammonia

Ammonia is a versatile compound used in many substances, from fertilizer to fuels.

“Without exaggeration, ammonia production is the technology that supports the human population, as it is the precursor to fertilizer production,” Muhich says. “Without it, we would be unable to feed the world.”

However, current production methods used to meet the global demand of 150 million tons of ammonia per year require extensive infrastructure, use a high amount of energy and have a large carbon footprint.

Ammonia is made of one nitrogen atom and three hydrogen atoms, denoted by the chemical formula NH3. Using conventional processes, ammonia is a difficult chemical to produce because it requires converting nitrogen gas, a very stable molecule, into a high-energy ammonia molecule.

“Doing this requires high temperature, high pressure and currently the burning of methane to make hydrogen gas, or H2,” Muhich says. “Electrochemical routes are attractive because the hydrogen (atoms) can come from water,” lowering the carbon footprint of ammonia production.

An innovative approach to an old process

The electrochemical process, which involves passing an electrical current through a reaction cell to drive, or catalyze, chemical reactions, has been studied for the past 10 years as a more sustainable way to produce ammonia.

However, scientists haven’t been able to use electrochemical methods to create ammonia at the production rates and quality necessary to be useful, especially from industrial wastewater sources, which have relatively low nitrate concentrations.

In addition, generating ammonia from nitrate-contaminated water is difficult for many reasons. The reaction between nitrogen, oxygen and hydrogen in the contaminated water can lead to undesired effects, such as a side reaction to produce hydrogen gas, which wastes the energy needed to fuel the electrochemical process’s chemical reaction, or the creation of other compounds that are even more toxic than nitrates.

To selectively achieve efficient ammonia production through an electrochemical process, Muhich and the research team developed a new catalyst using an innovative approach: dispersing ruthenium atoms into a copper nanowire matrix, which the team calls Ru-CuNW. This single-atom approach of integrating ruthenium into the matrix has not been explored by other research teams before.

A power couple that gets results

Ruthenium and copper create a powerful combination for electrochemical reactions. Ruthenium improves performance to 99% nitrate ion conversion into ammonia while copper suppresses the “parasitic side reactions” that generate hydrogen gas instead of ammonia.

The finding that hydrogen gas production is suppressed with the ruthenium-dispersed copper nanowire catalyst is the team’s most important development, Muhich says.

“This is one of the key reasons electrochemical nitrate reduction has failed, because you don’t want to use expensive electrons for a side reaction,” he says.

This process also shrinks the infrastructure, energy and carbon footprint of the ammonia production because it works in ambient temperature and pressure.

Support from a multi-institutional research team

The research team included two of the institutions that make up the Nanosystems Engineering Research Center for Nanotechnology Enabled Water Treatment, or NEWT Center. Hosted at Rice University in Houston, the center also includes researchers from ASU, the University of Texas at El Paso and Yale University, in addition to industry and government partners.

In developing the ruthenium-dispersed copper nanowire catalyst technology, ASU researchers worked on understanding what was happening at the molecular level during the electrochemical process.

“We did the quantum calculations to understand why these catalysts were so good, and what the process looks like at the atomic scale,” Muhich says. “We modeled the individual chemical reactions along the path.”

The Rice University team performed testing and characterization experiments and analysis along with researchers from the national laboratories and Canadian Light Source.

Future work for the team includes translating the ruthenium-dispersed copper nanowire catalyst’s performance into large-scale systems and working to reduce the amount of ruthenium and other expensive platinum group metals used in the catalysts.