Rising sea levels are becoming more frequent along coastal America, and have been accelerating more than ever before, according to the National Oceanic and Atmospheric Administration (NOAA).

Climate change has not only contributed to a significant increase in high-tide coastal floods, powerful hurricanes and years of drought for some, but also negatively impacted the quality of life for thousands of vulnerable residents that otherwise don’t have the means to relocate inland. 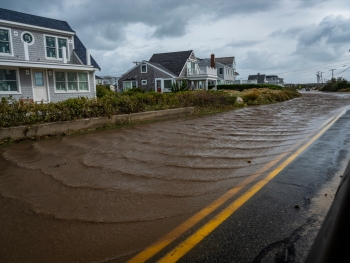 A mix of creative policies and societal reimagining are needed to ensure the future of coastal America, a panel of experts suggested during a virtual discussion hosted by New America’s Future of Land and Housing Program (FLH) at Future Tense.

“How do we get there?” asked FLH Director Yuliya Panfil, who moderated the discussion. “How do we get people to think in that frame and move past some of the political and economic constraints that we all know exist?”

Elaine Morales, the director of partnerships and policy at Connective, a nonprofit that provides resources to residents impacted by natural disasters, explained how affordable housing is at a crossroads in Houston, where she’s based, because of increasing costs in an already scarce affordable housing market.

As cities implement climate resilience strategies, she said, policies will be needed to protect against resident displacement, particularly for those who are socioeconomically vulnerable.

“I think there’s a return on investment for resilient homes that shouldn't be sold either to the government or private sector,” said Morales, referring to housing that is built to withstand extreme conditions. “After (Hurricane) Harvey, we see organizations that have come online to elevate the voices of those on the frontlines, and they are working towards environmental justice, equitable mobility, food access, affordable housing, justice as to recovery.”

Brenda Cooper, author of the short story “Out of Ash” and the director of information technology at Washington state-based construction company Lease Crutcher Lewis, emphasized how the company focuses on addressing inequity, an area she believes is an essential part of the solution to the challenges faced by coastal America, where nearly 100 million people live.

“I work for a construction company (rather) than being in a more academic world, and we are focused on purpose. We're focused on building grades. We're focused on DEI activities,” Cooper said. “We're not alone. A lot of the corporations that we know or work with or are familiar with in the Washington state area (are) very focused on making these changes.”

Abrahm Lustgarten, a New America fellow and ProPublica senior reporter, added that a shift in tax structure is needed to create a fairer system and fundamental policies for funding Section 8 housing or schools in adapting coastal communities.

“As soon as you have those relative costs, there's a greater potential to make relatively large investments in response to it or, or compared to it, and that's part of what needs to happen,” Lustgarten said. “A huge component of what probably has to happen is a social reorganization of our values (and) looking at the way that sort of capitalistic mechanism ... incentivizes or don't incentivize the right kind of action and change.”

While reorganizing society economically, socially and politically can seem like a challenge, Tim Robustelli, a policy analyst for New America’s FLH Program, nodded to international coastal communities like Rotterdam in the Netherlands, which is prominently protected by storm surge barriers, dikes and dams, in how they have successfully adapted to live and deal with water and exemplify radical transformation.

“There has to be a very strong emphasis on community engagement and elevating the voices of folks on the ground to make sure that their concerns, their interests, their needs are being properly accounted for,” Robustelli said. “We sort of talked about the need for political will, and perhaps technical guidance and funding can come from Washington or state capitals, but when it comes to planning out what the next move is, I think that listening to folks on the shores in places that are flood-prone is critical.”

The panel was hosted by New America’s FLH Program at Future Tense, which aims to help solve today’s land and housing rights challenges, both in the United States and internationally. Future Tense is a partnership of Slate, New America and Arizona State University that examines emerging technologies, public policy and society.

The Earthmen came by the handful, then the hundreds, then the millions. They swept aside the majestic, dying Martian civilization to build their homes, shopping malls, and cities. Mars began as a place of boundless hopes and dreams, a planet to replace an Earth sinking into waste and war. It became a canvas for mankind’s follies and darkest desires. Ultimately, the Earthmen who came to conquer t... 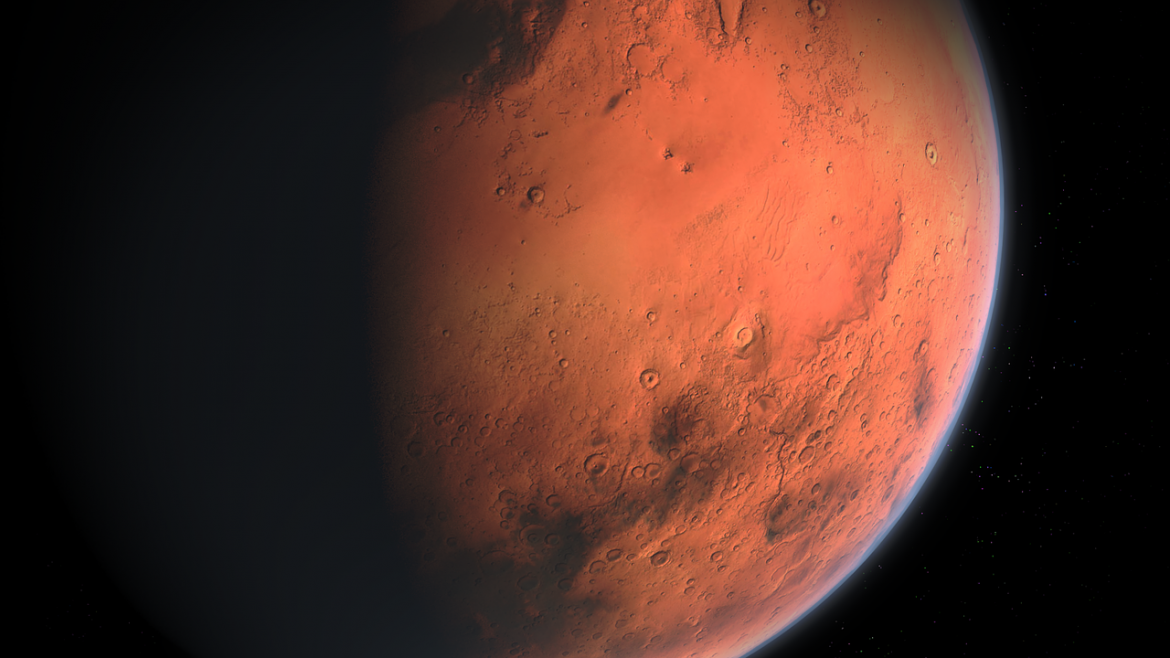 The Earthmen came by the handful, then the hundreds, then the millions. They swept aside the majestic, dying Martian civilization to build their homes, shopping malls, and cities. Mars began as a place of boundless hopes and dreams, a planet to replace an Earth sinking into waste and war. It became a canvas for mankind’s follies and darkest desires. Ultimately, the Earthmen who came to conquer the red-gold planet awoke to discover themselves conquered by Mars. Lulled by its ancient enchantments, the Earthmen learned, at terrible cost, to overcome their own humanity.

— "The Martian Chronicles" by Ray Bradbury

Science fiction works about Mars are imaginary journeys into a fantastical word.

They’re also a mirror held up to today’s world — a "Red Mirror."

That’s the name of the upper-level online course at Arizona State University alternately taught by Joe Lockard and Peter Goggin, both associate professors in ASU’s Department of English. The course — which invites students to “beam in from wherever you are” — is the subject of a recent paper published by the professors in the journal Science & Education.

“A very substantial literature has accumulated that employs Mars as a discursive center for issues that have preoccupied American culture,” the paper states. “A Mars literature course can undertake to historicize and trace the imaginative development of a trope that reflects the changing nature of the USA. … Taking as its starting point H.G. Wells’ 'War of the Worlds,' our Mars literature course demonstrates how this planetary trope crossed the Atlantic, entered and merged with the American milieu, and now both emblematizes and questions notions of progress.”

“We titled the course Red Mirror because it was our understanding that Mars serves as a mirror of Earth and earthly society,” Lockard said. “Mars has been a way of examining problems on Earth by constructing societies via fiction.”

The course, which has been taught since 2013, resonates with students, Goggin said, because the novels used in the class confront both historic and current world problems.

For example, Kim Stanley Robinson’s "Red Mars" trilogy, according to one review, “fundamentally questions the apparent dichotomy between the sciences and culture, the merely human body and a world of technological possibility.”

“It wasn’t a science fiction course,” Goggin said. “We (ASU) already had courses on science fiction. This is kind of like, ‘Hey, this is actually happening. This is happening in real time.’

“So it’s both an interrogation, but then also in some cases, celebration of misogyny and racism and colonialism, and things have not changed significantly in terms of some attitudes. So that really was also useful for our students’ learning in terms of critical analysis or critical thinking.”

We titled the course Red Mirror because it was our understanding that Mars serves as a mirror of Earth and earthly society.

“When they read Ray Bradbury, there’s this great story where all the Black people decide to leave and go to Mars,” Lockard said. “The N-word is used by the racist whites, and it gives students a chance to dig into that in ways perhaps they may not have felt comfortable doing if it was an actual novel about race. In some ways, it allows for a perhaps less risky reflection.”

Said Goggin: “I think there’s a nice synchronicity there that the students begin to appreciate as they start making those kinds of connections, seeing the critical issues that the literature begins to illustrate for them as they think about actual real-world events.”

Although they’re using works of fiction to teach their class, Goggin and Lockard have discovered one thing: They better have their facts straight.

“Sometimes you get students who know more about science fiction than you do,” Goggin said. “It’s kind of like a comic-con type of thing. You gotta be on the ball.”