Each year, the American Institute of Aeronautics and Astronautics, or AIAA, hosts a Design/Build/Fly competition, inviting students from around the world to design, fabricate and demonstrate the flight capabilities of an unmanned, electric-powered, radio-controlled aircraft that can best meet the specified mission profile.

The 2022 competition in Wichita, Kansas, was the first to be held in person since the start of the COVID-19 pandemic. The AIAA presents a different design challenge to its competitors every year. This year’s was to develop an aircraft that could successfully deliver environmentally sensitive vaccine vial packages.

Air Devils members come from a variety of backgrounds, each having their own influence that makes them best suited to work on certain components of the aircraft. But students still often face challenges that require them to learn completely different skills. This year, the aircraft’s payload handling system presented a challenge to the team members, who experimented with new software and techniques to build an effective device. 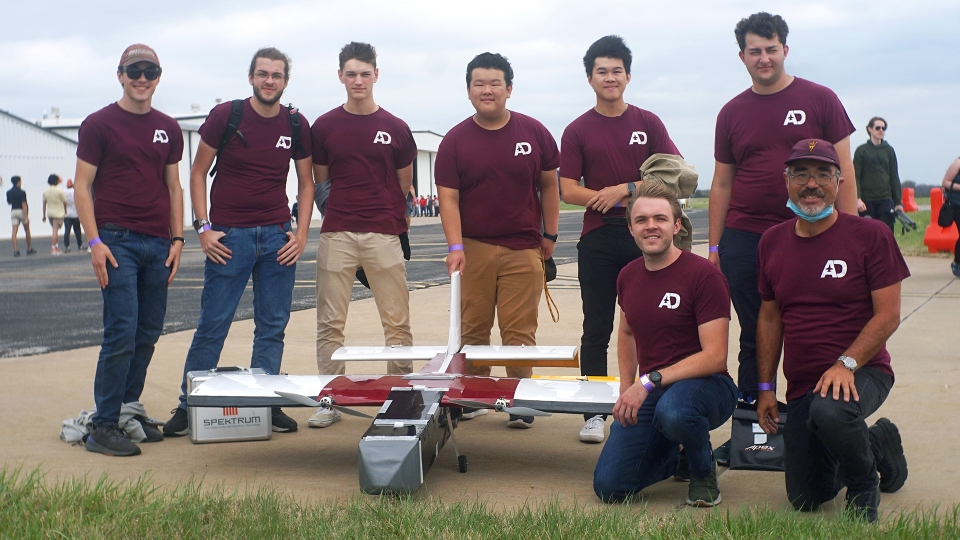 “The competition this past year introduced payload challenges that the team has never encountered,” says Max Stauffer, the outgoing president of Air Devils who recently graduated with a bachelor’s degree in aerospace engineering.

“The rules called for a challenging mission where the aircraft must carry and individually deploy a shock-sensitive box, then take off and fly an entire lap between deployments,” he says. “This requires careful handling of the payload boxes and fine control of how many are deployed at any time. This complexity is why we opted for individual claw mechanisms controlled by an Arduino-based microcontroller.”

This decision was only the beginning of the challenge, however. Each step of development was precluded by thousands of simulations team members used to understand the interaction between specifications such as payload weight and takeoff distance or endurance.

“The mission system design was highly mechanical in nature and was one of the most complicated subsystems the team has ever taken on,” Stauffer says.

The system centered on a set of claw arms driven by a small motor through a geared drivetrain that could carefully drop the shock-sensitive boxes representing environmentally sensitive vaccine vial packages. Each claw arm was controlled by a microcontroller.

“The club had never used a microcontroller in this way,” Stauffer says. “While it was very challenging with many lessons learned, we were able to successfully complete our missions at the competition.” 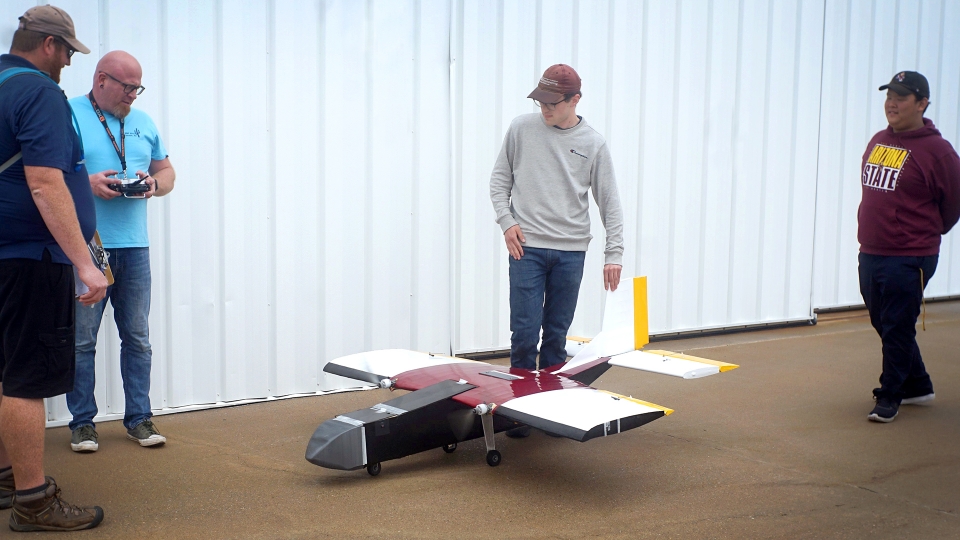 It is this experience with real-world applications — the malfunctioning, the misfiring, all of the worst-case scenarios — that Stauffer says provided him the greatest learning experience during the competition.

“With our aircraft, we originally planned to fly with six shock-sensitive payloads. We traveled to the competition expecting to deploy four, but we successfully deployed two on the flight line,” Stauffer says. “Despite this, we placed in the top 10 teams. While I did my best to account for underperformance early on, there are always more elements you must consider and account for to achieve whatever the desired outcome might be.”

Not every challenge the Air Devils faced was related to the construction of the team’s aircraft.

“Travel to Kansas with a large airplane and an entourage of students was a challenge,” Takahashi says. “We had a caravan of four vehicles from Tempe to Wichita loaded with students, the airplane and spare parts. Stauffer had car trouble on the way, and his car had to be towed into Wichita.”

Next year’s AIAA Design/Build/Fly competition will be in Tucson, so the Air Devils expect both a shorter journey to the competition and another chance to earn flying colors among their peers.

Top photo: The Air Devils’ aircraft on a test flight before the competition. Photo by: Timothy Takahashi/ASU

A Kansas public administration professor known for her interdisciplinary approach will be the new director of Arizona State University’s School of Public Affairs, announced Watts College of Public Service and Community Solutions Dean Cynthia Lietz on Monday.Since 2020, Shannon Portillo has been associate dean of academic affairs for the University of Kansas Edwards Campus and its School of Prof...

Since 2020, Shannon Portillo has been associate dean of academic affairs for the University of Kansas Edwards Campus and its School of Professional Studies, and a professor in the university’s School of Public Affairs and Administration. From 2018 to 2019, she served as assistant vice chancellor for undergraduate programs at KU. 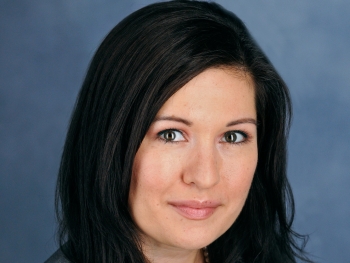 Starting Oct. 1, Portillo will lead the School of Public Affairs, which in March 2022 earned seven of ASU’s 12 top 10 U.S. News & World Report rankings, including a No. 1 spot for the school’s emergency management and homeland security curriculum.

“We are fortunate and honored to have Dr. Portillo lead our widely respected and consistently recognized School of Public Affairs,” Lietz said. “Her commitment to interdisciplinary methods and her deep appreciation for the ASU Charter’s dedication to inclusion give me every confidence that she and our highly accomplished faculty will build on the school’s existing achievements and will find new solutions to community concerns at all levels.”

Portillo said she was attracted to ASU because of the high esteem in which the School of Public Affairs is held throughout the field.

“There are a number of faculty who are doing interesting work in local government and technology, moving our discipline forward,” Portillo said. “One thing that stood out to me is that ASU is an institution that’s really living its charter, choosing to be judged not by whom you’re excluding, but by whom you’re including. I’m excited to be joining an institution that really values community engagement.”

Portillo said she views her new role as School of Public Affairs director as a platform for telling the school’s stories of consistent and broad-based success within the discipline of public affairs and within communities.

The school's location within the Watts College also attracted Portillo to ASU, where strong public affairs, social work, community resources and development, and criminology and criminal justice schools are concentrated in one place — a grouping not commonly found at most other universities.

“Being able to work in a college of public service that has the kind of breadth Watts College has is very exciting,” Portillo said.

From a scholarship perspective, Portillo’s research centers on how public managers and employees navigate rules and policies in organizational structures. She also explores how racism and sexism impact organizations and workers’ experiences, both historically and currently. Her experience spans a wide variety of organizations including the military, courts, policing, higher education and city management.

She has served as co-chair of Kansas Gov. Laura Kelly’s Commission on Racial Equity and Justice and chair of the Douglas County Board of County Commissioners.

“We are delighted that Professor Shannon Portillo has agreed to serve as director of the School of Public Affairs, which is ranked No. 12 in the U.S., tied with Princeton University, New York University and Carnegie Mellon University,” Siegel said. “She is a gifted, experienced administrator and a key thought leader in the field of public management.”

(The School of Public Affairs is ranked 12th out of 283 universities in the U.S. and No. 4 in the U.S. in public management.)

“Given her boundary-spanning administrative and research skills, she is destined to lead our school to even greater heights,” Siegel said.

Portillo earned her PhD in public administration at the University of Kansas with a specialization in public law and a cognate field of gender and ethnic studies. Her Bachelor of Arts degree in political science is also from KU.

Portillo said she already has family in Arizona, as her father-in-law and a cousin live here. Her parents, who at one time lived in Phoenix, plan to return soon.

“We’re going to come in as a great family group,” she said.