With 1 in 5 U.S. adults experiencing mental illness, it’s evident that access to mental health services is important for the well-being of communities. Due to social, economic or other barriers, only 46% of mentally ill adults receive the treatment they need. This number decreases considerably based on demographics, dropping to just 35% for Hispanic or Latino communities.

What is causing this disparity? PhD graduate Ana María Meléndez Guevara may have an answer. Guevara, a Colombian native and The College’s Spring 2022 Outstanding Graduate in family and human development, has dedicated several years of doctoral research to unraveling the problem of service access disparity, particularly in Latino communities. 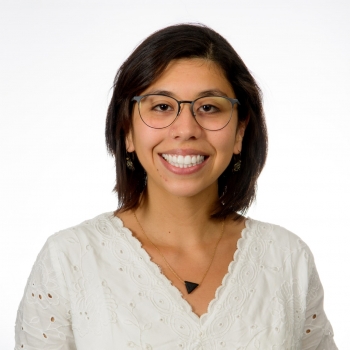 Ana María Meléndez Guevara, who is also a clinical social worker, suggests that practitioners should keep a client’s cultural and demographic circumstances in mind, something the researcher refers to as “seeing through a culturally responsive lens.” Download Full Image

The graduate’s published research, which includes interviewing mental health practitioners and clients in Latino communities, found that the most common obstacles are socioeconomic conditions, mental health stigma, frequent exposure to trauma, and mistrust of the system.

Guevera, who is also a clinical social worker, suggests practitioners should keep a client’s cultural and demographic circumstances in mind, something the researcher refers to as “seeing through a culturally responsive lens.” Practitioners should additionally be careful to avoid stigma and engage in active listening. The goal is to help clients feel comfortable and willing to build an authentic relationship.

The PhD graduate also emphasizes the importance of validation: “(Practitioners and clients) often find that the data reinforces what they’re experiencing,” she says. “We need to elevate the voices of these communities and provide them a platform.”

So what’s next? Guevera may have graduated with outstanding honors, but the work is not over. The researcher intends to stay at ASU to continue exploring this topic and conducting other family engagement studies. The plan is to continue closing gaps in mental health access while combining historical and cultural expertise in future research.

Professor Daniel Buttry, inaugural director of Arizona State University's School of Molecular Sciences (SMS) and an expert in the fields of electrochemistry and materials science, is retiring after 40 years (14 at ASU) of exemplary teaching, research and leadership roles.“Dan has been an intellectual leader in electrochemistry and related materials science, particularly as it pertains to the...

Professor Daniel Buttry, inaugural director of Arizona State University's School of Molecular Sciences (SMS) and an expert in the fields of electrochemistry and materials science, is retiring after 40 years (14 at ASU) of exemplary teaching, research and leadership roles.

“Dan has been an intellectual leader in electrochemistry and related materials science, particularly as it pertains to the key topics of batteries and fuel cells,” said Professor Neal Woodbury, vice president of research and chief science and technology officer of ASU Knowledge Enterprise. “During his time as SMS director, he played a major role in establishing the new school and moving it forward productively.” 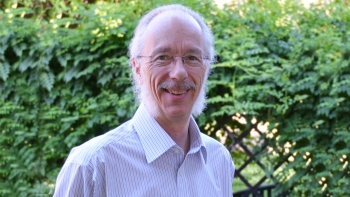 Buttry earned a BA in chemistry from the University of Colorado at Colorado Springs in 1979 and a PhD working with Fred Anson from California Institute of Technology in 1983. After working at the IBM Almaden Research Laboratories in San Jose for two years, he accepted a position at the University of Wyoming as assistant professor in 1985, earning tenure in 1989 and promotion to full professor in 1992. At Wyoming he served as department chair from 1999–2002.

Buttry moved from the University of Wyoming to ASU in 2008 and succeeded Bill Petuskey as chair of the department of chemistry and biochemistry in 2012. He led the transformation from an academic department to the new School of Molecular Sciences in 2015, becoming the inaugural school director. The establishment of a new school was an important step in that it was the first public and visible declaration by any department of chemistry or biochemistry in the U.S. that a focus on the academic disciplines of chemistry and biochemistry was no longer consistent with societal demands for scientific enterprise in the 21st century. The new school is not discipline-focused but has a mission of addressing societal problems from an atomic and molecular perspective, and advancing research and discovery of public value, in accord with the ASU Charter.

“Under Dan’s leadership, the department saw significant growth and expansion in research in bioanalytical chemistry, nanotechnology and computational and theoretical chemistry, and underwent one of the most visionary realignments attempted by any chemistry department in formation of the school,” said Ian Gould, former SMS interim director.

Anne Jones, vice provost for undergraduate education at ASU and a professor in the School of Molecular Sciences, said, “Dan was ideal to lead SMS as inaugural director because of his broad interests in chemistry and his willingness to serve others. No matter the corner of chemistry, Dan is always up to speed and can quickly offer suggestions, a paper to read, a collaborator to contact or an experiment to try. Those qualities have made him sought-after as both a researcher and an administrator.”

Buttry said he is extremely grateful to Jones and Gould for their innovative help and unfailing support as associate directors in helping build the new school. 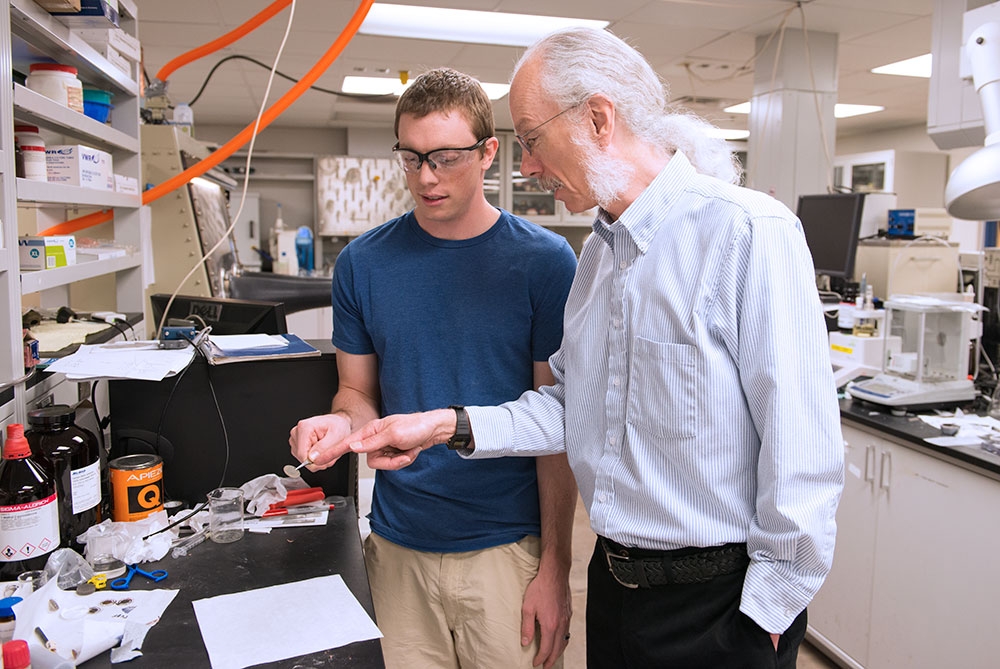 Dan Buttry with graduate student Tylan Watkins in the lab. 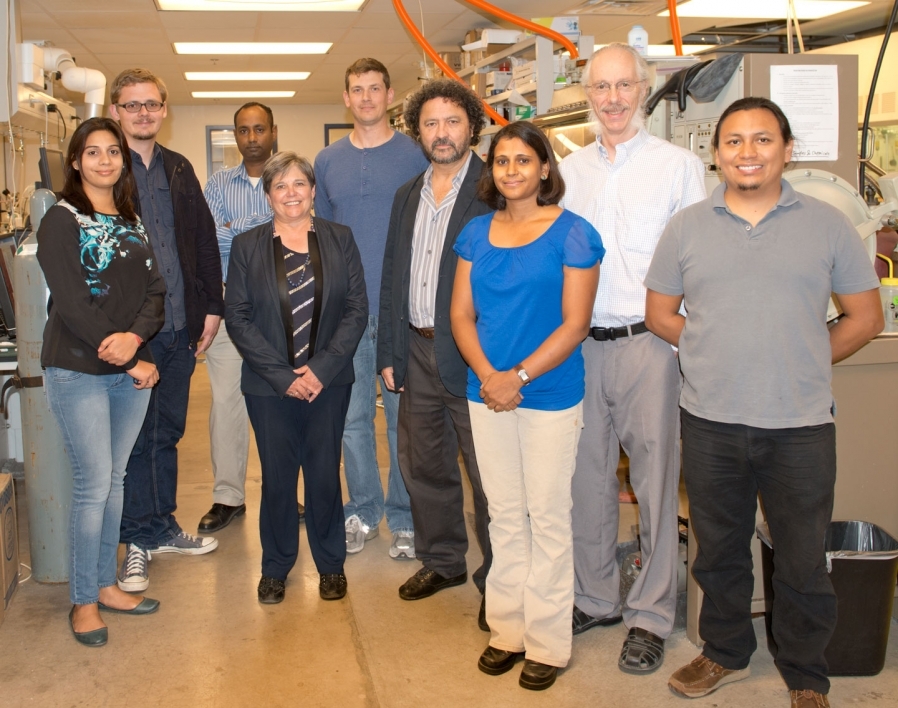 Colleagues who worked on the Department of Energy’s Advanced Research Projects Agency grant on carbon capture.

He said he is also very appreciative for the wonderful collaborators he found at ASU, including Karl Sieradzki, Cody Friesen, Vladimiro Mujica, Tarakeshwar Pilarisetty, Jeff Yarger, Greg Holland, Austen Angell, Gould, Ray Carpenter, Jimmy Liu, Candace Chan, Peter Crozier and Bob Nemanich. Buttry said, “All the big money I got was always collaborative with these really terrific colleagues that I had at ASU.” And he feels that these collaborations enabled science that could never have been done “without such a broad range of expertise, something ASU is well known for."

Buttry has published over 100 papers and 18 patents in the general areas of electrochemistry, interfacial chemistry, thin films, nanomaterials, sensors and battery chemistry. He made widely cited contributions on the use of the quartz crystal microbalance (QCM) to measure interfacial chemistry at electrodes, and the mechanisms of charge migration in organic thin-film devices.

“If you ask anybody what I've worked on, QCM work would be the first thing they would say,” Buttry said. “I learned all about it from a wonderful guy at IBM called Kay Kanazawa. I learned how to build one and how to interface it to electrochemical equipment and then, with their blessing, moved off to Wyoming and set one up and started working in that area.”

There were only a couple of instruments anywhere in the world doing the combination of QCM and electrochemistry at that time.

Buttry also worked on the development of a new generation of lithium and magnesium ion batteries. His most recent work focused on new methods for the controlled capture and release of carbon dioxide to ameliorate the effects of point source emitters such as power stations, for which he received a $3.75 million grant from the Department of Energy’s Advanced Research Projects Agency.

Buttry made significant service contributions to the fields of electrochemistry and materials chemistry, serving on the editorial board of the journal Langmuir and on the board of the Society for Electroanalytical Chemistry. He also helped to organize many important scientific meetings and conferences in his field, and he chaired the Gordon Research Conference on Electrochemistry.

Even though he is retiring, Buttry said he is extremely passionate about helping to solve our climate change problem. He will continue to work on carbon capture but says that there should be a fiercer urgency to tackle the problem, using an “all of the above” approach to reduce the amount of carbon dioxide in our atmosphere.

Buttry has always enjoyed teaching both undergraduate and graduate students, and taught a graduate electrochemistry class online during the last couple of years. Ironically, he expressed that the dynamic of the class became a lot more personal over Zoom, with students interrupting and asking a lot of questions, which was extremely beneficial for everyone.

“Dan was an important member of the SMS faculty; his expertise was unique in that he was just as comfortable thinking about fundamental chemistry as the design of practical and workable applications of chemistry. He had a very deep understanding of basic chemistry, could talk meaningfully on any chemistry topic and was kind, generous and helpful. We wish him all the best in his retirement, but he will be truly missed,” said Gould.

Ian Gould contributed to this story.