'No help wanted': A look at the history of US military’s use of outside expertise

Dozens of students and guests gathered both on-site and virtually for the Consortium for Science, Policy and Outcomes at Arizona State University's latest seminar, “New Tools for Science Policy — No Help Wanted: Outside Technical Advice for the U.S. Military,” on April 12.

Mahmud Farooque, associate director for the consortium, welcomed attendees and introduced the featured speaker, John Alic, adjunct faculty at ASU’s School for the Future of Innovation in Society and former project director at the Office of Technology Assessment. 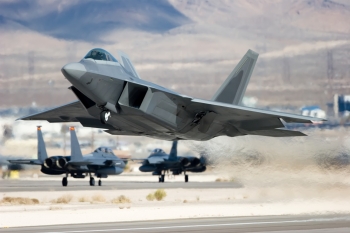 Alic began his remarks by explaining how he views technological change as being fundamentally evolutionary, and explained why the modern military has turned away from serious consideration of outside expertise — and why that is a mistake.

“The whole process is path-dependent. Where you are today depends on where you were yesterday and last year — and in the case of the military, in 1945, 1950 and 1960 – because there's been remarkably little change accepted (regarding) things like spending and what we spend it on since really … the Korean War,” Alic said. “A lot of scholars’ ... thought that there would be big change with the end of the Cold War, but it didn't happen, as we can see today in Ukraine and so on, so forth. Policy, too, is evolutionary then, in this sense, and our policies towards military have not really changed all that much over the last 50 to 70 years.”

In World War II, civilian scientists and engineers worked closely with the armed forces to improve and innovate weapons technology. After the war, however, the services moved away from civilian expertise and relied more on professional military judgment. Although the influence of military activity on technological change has been pervasive throughout the years, Alic called to the attention of how research and development played an important role during the wars.

He added that the Office of Scientific Research and Development, established by President Roosevelt, created a system that was designed for production engineering for the military.

“The military ran procurement, Vannevar Bush and the OSRD ran not only R&D, but system design for things like radar, and also jet propulsion, and of course the Manhattan Project,” said Alic.

Maj. Gen. Henry “Hap” Arnold was integral for developing the OSRD’s advisory processes and also developed the first military Scientific Advisory Board. Arnold’s goal was to draw on the expertise of the leading minds at universities, such as California Institute of Technology physicists Robert Millikan and Theodore von Kármán, and apply their knowledge to the war effort.

“He knew once the U.S. was in the war, that its aircraft really weren't all that good. They were outmatched,” Alic said. “The Air Force in particular started sending officers back to graduate school, often in engineering. The Air Force Academy was set up and was engineering-centered, as the Naval Academy had been for a long time, because ships plainly have to be independent. You have to have technologically competent people on the ship to fix it when something goes wrong. The same applies to planes.”

Technology, according to Alic, was key to winning World War II. But the models set up during World War II became ossified during the Cold War, and have not greatly changed over the past several decades. Repeated efforts at restructuring and reform have changed little, and the value of outside advice on technology has diminished over time as the military’s views on choice of weapons — the views of seasoned professionals — have taken precedence over those of civilians, whether Pentagon appointees and their staffs, elected officials or outside experts.

“Military insiders usually prevail, since few of the political appointees on the civilian side of DoD and in policy-influencing positions elsewhere can command similar authority,” Alic said. “If they do not prevail on a particular issue, service leaders expect to outwait their opponents; if they lose one battle over money or some cherished weapon system, they anticipate winning the next.”

“Science advising is easy, but technology advising is hard,” Alic said. “If there's any one point that I'd like to drive home today, that's the point.”

Baseball always seems to find a way to be poetic, and the poetry was certain in motion on Saturday evening as Sun Devil Baseball evened its Pac-12 series against the Oregon Ducks with a 6-4 victory on a night when the team recognized the 40th (plus one) Reunion of the 1981 National Championship team. ...

Mastercard Baobab program at 6 years: Where it's been and where it's headed Baseball always seems to find a way to be poetic, and the poetry was certain in motion on Saturday evening as Sun Devil Baseball evened its Pac-12 series against the Oregon Ducks with a 6-4 victory on a night when the team recognized the 40th (plus one) Reunion of the 1981 National Championship team.