Ashley Brennan, a 2016 psychology and human rights graduate from Arizona State University is graduating with a master's degree in political psychology and is currently the organizing director of the Arizona Democratic Legislative Campaign Committee. 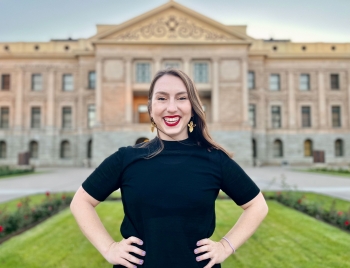 Brennan’s career in politics began with an initial dream of becoming a social psychologist. After graduation, she planned on working for a few years to gain experience in participatory budgeting or the act of including the input of normal civilians in budget allocation, and then return to study for a doctorate.

“As an undergraduate, I went to Romania and interviewed 50 young people who were a part of the first group of young people to be able to have a say over how a part of their city's budget was spent,” Brennan said. “It was amazing to learn the theory behind it but I was craving the experience of actually doing it.”

“After doing participatory budgeting for three or four years across the nation, we were approaching the 2020 election and I was starting to feel like I was loving what I was doing, but like many people, I was just freaked out by what was going on nationally and wanted to be a part of shaping and deciding who our next president would be,” Brennan said.

Her fascination with collective action and altruism then led her to an unlikely next step – Iowa, and campaigning.

“A side gig teaching group fitness classes connected me with someone in Elizabeth Warren’s campaign and she was my dream candidate –  it takes a really special kind of elected official to give up a portion of their money and power and she was that candidate.”

Brennan picked up and moved to Iowa for 111 days, organizing a political strategy and campaign across a tiny, rural, conservative county. She went door to door trying to convince an older population in the middle of winter to support Warren’s campaign.

When the Warren campaign conceded and the pandemic shut everything down, Brennan reconnected with Arizona and joined the legislative races.

“I had the honor of being the manager for one of our targeted races in an effort to flip the legislature and win Democratic majorities for the first time since 1966,” Brennan said. “While we had some losses, we held the line and gained a seat in the House and in the Senate.”

After working full-time for a number of years, Brennan was committed to not going back to school. She felt like the field and practice was where she wanted to be, but after making the shift into the campaign world, she found herself running into questions that didn’t have answers.

“On the drive back home to Tucson one day, something clicked and I started a voice memo about all the questions I was thinking about and I just couldn’t stop. I got home and began searching for what programs could help provide guidance on these questions and I found this program. It was a perfect fit,” Brennan said.

“It was everything I wanted and I already loved ASU. I could pursue the degree online while working full-time and I got to immediately apply everything I was learning in my courses to the actual political world. From writing persuasive scripts for canvassers to reducing barriers to signatures, training people to be really friendly and complimentary, or manipulating peripheral cues to improve the signature collection, the program allowed me to put theory into practice immediately.”

She also believes that her background in psychology made her switch to the political campaign world much easier.

“It's been my personal mission to bring a lot of the democratic and collaborative and transparent practices of the grassroots participatory budgeting, organizing world into the much more structured machine hierarchical campaign world,” Brennan said.

“Something that we're working towards here and that a lot of I think states and programs are working on is not just talking to voters right before the election,” said Brennan, “but how do we conduct organizing in a way that is more relational and a little bit less transactional. Our focus is, how do we build teams across the state of volunteers who are literally just talking to their friends and families and neighbors about things they really care about.”

One thing that Brennan wanted to stress is that everyday people have the power to come together and organize towards a shared goal. Young people and students have the ability from a grassroots level to produce massive change that can really impact lives.

“It is tough to conceptualize what one vote really can do, but at the state legislature and local levels, those races are won and lost by only hundreds of votes,” Brennan said. “It is a powerful realization to know that what I say and who I speak to does matter and it can change someone's life.”

Starting college can be challenging, especially when students can feel lost and unsure with what career path they want to pursue. Arizona State University’s Barrett Mentoring Program is one of the tools available for students to have a smooth transition during their time in college.The program, part of Barrett, The Honors College, offers first-year honors students programming and support to help... 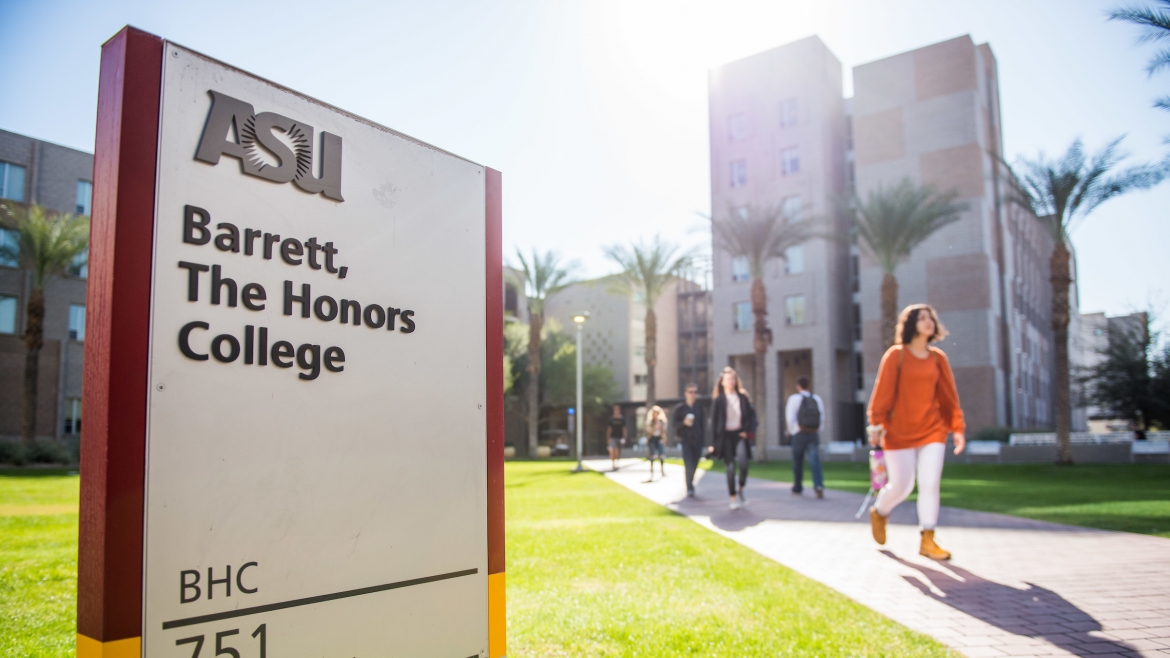