Foreign policy expert and former Department of Defense official will bring a wealth of knowledge, experience to institute

The McCain Institute at Arizona State University and ASU President Michael M. Crow have announced that Evelyn Farkas has been named the institute’s new executive director. Farkas will begin her new position at the Washington, D.C.-based McCain Institute on May 2.

“I am humbled and grateful to ASU and to the McCain Institute Board of Trustees for this opportunity. American leadership and a commitment to furthering human rights and democracy in the spirit of Sen. John McCain is needed now more than ever, and I am excited to get to work alongside the McCain Institute’s talented and determined staff,” Farkas said. “This is a critical time in our country’s history that calls on us to be unequivocal about the differences between democracy and autocracy. I look forward to helping advance character-driven leadership around the world.” 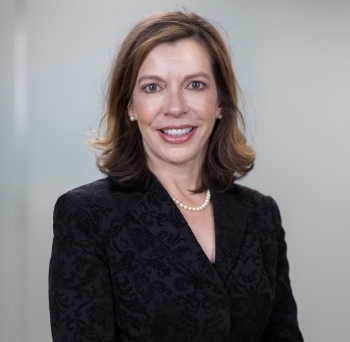 Farkas brings decades of American foreign policymaking to the McCain Institute. A member of the Council on Foreign Relations, she previously served as deputy assistant secretary of defense for Russia, Ukraine and Eurasia, and executive director of the congressional Commission on the Prevention of WMD Proliferation and Terrorism, among many other senior national security positions in the U.S. government.

Farkas has long known the tangible differences between free and autocratic societies as the daughter of Hungarian refugees who fled in the aftermath of the failed 1956 Hungarian Revolution against the Communist leadership and occupying Soviet Union forces. Spending summers visiting her grandparents in Hungary as a child taught Farkas about the tyrannical alternative to democracy at an early age.

A former Congressional candidate in 2020, Farkas is a frequent contributor on national news programs. She speaks fluent Hungarian and German and is conversational in a few others.

“The addition of Dr. Evelyn Farkas to the McCain Institute’s leadership marks the next chapter of its critical work and the opportunities that lie before it,” said Gen. David Petraeus, McCain Institute trustee. “She is one of the leading voices on Ukraine, Russia, North Korea, nuclear proliferation, and a number of additional complex and pressing problems that face our nation today. I look forward to working with her to advance the critical work of the institute and to keep the great Sen. John McCain’s voice alive during a time when our world needs it most.”