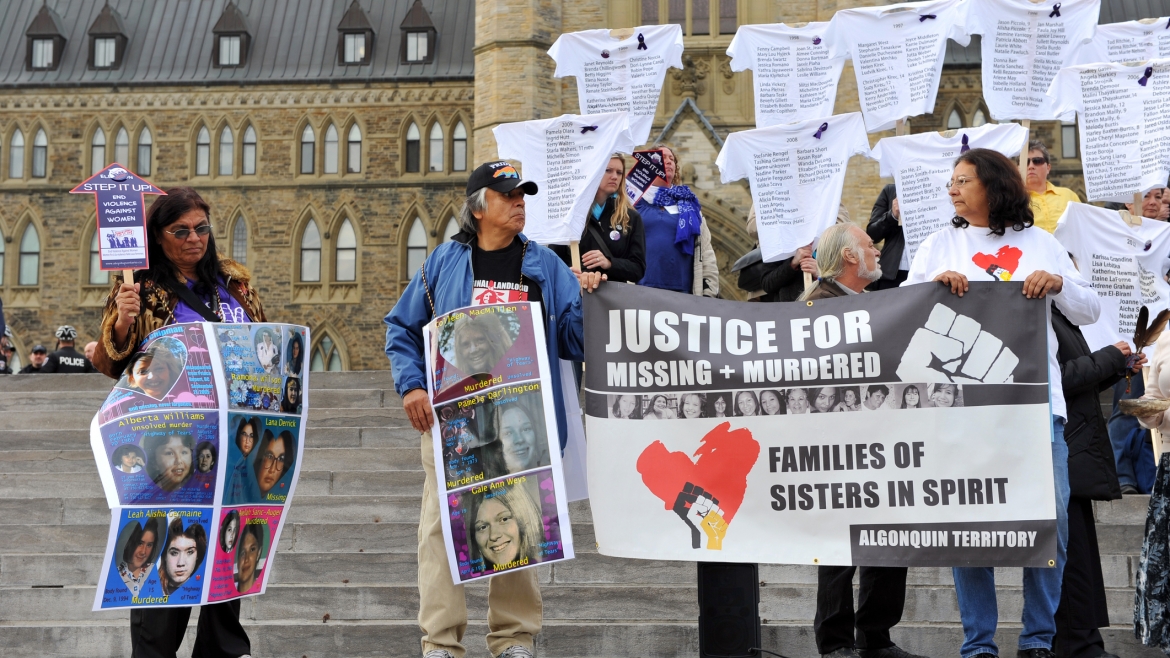 This wasn’t your typical Project Humanities conversation. It wasn’t warm or fuzzy, and no one walked away feeling all tingly.

It covered emotionally difficult material for Native Americans and non-Natives alike, on the topics of murder, sexual violence and missing Indigenous women, girls and two-spiritTwo spirit refers to a person who identifies as both masculine and feminine, and is used by some Indigenous people to describe their sexual, gender and/or spiritual identity. people.

The U.S. Department of Justice has found that Native American women face murder rates that are more than 10 times the national average. A National Institute of Justice Report found that four out of five Indigenous women have experienced violence in their lifetimes, and more than half have experienced sexual violence. Despite the statistics, the extent of the problem remains unknown.

Therefore, this was a conversation that needed to happen, said Alycia de Mesa, associate director of Project Humanities.

“It is incredibly important to provide supportive platforms for Native people to discuss the safety of Native women, girls and two-spirit people in this country,” de Mesa said. “By Native women and advocates sharing the underlying issues, justice advocacy work and policymaking happening in Arizona and beyond, Project Humanities serves a small part in collectively creating more awareness and amplifying the voices of both Native advocates and those who have experienced the traumatic losses and effects of violence.” 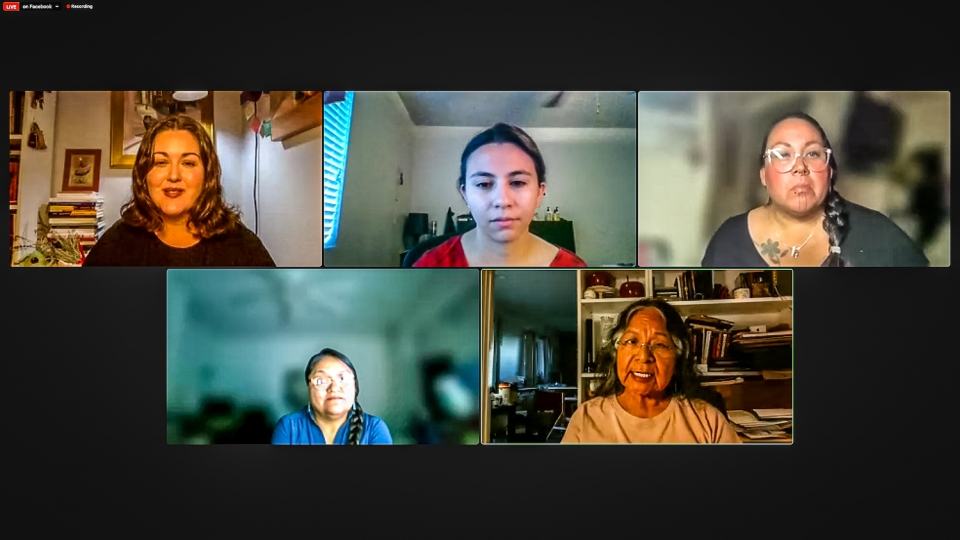 According to a report from the Centers for Disease Control, murder is the third leading cause of death for Indigenous women and girls between the ages of 1 and 19. A CDC study found homicide rates for Native American women were almost three times those of non-Hispanic white women.

This type of violence has been going on for centuries, according to Enos.

“Violence against Native women goes back to the 1500s and the Spanish missionaries and Americans during the Gold Rush,” said Enos, who identifies as two spirit, was the first member of the Salt River Indian Community to become a lawyer and the second woman elected as a tribal president. “There’s a lot of history there, and the violence has not only been directed at us but also two-spirit people.”

Imus-Nahsohoya, founder of Honwungsi Consulting Services and employed with the National Criminal Justice Training Center for Fox Valley Technical College in the Office for Victims of Crime, Office of Justice Programs, and the U.S. Department of Justice, said she carries that intergenerational trauma with her when advocating for crime victims.

“One of the learning lessons in this is how do we carry these intergenerational traumas with us, and what are we going to do to end this trauma?” she said. “We need to find proactive methods and provide these opportunities and resources so that our next generation is minimized by these experiences.”

Ignacio, who serves as the chair of the Arizona State Democratic Party Native American Caucus, said the current missing and murdered Indigenous women’s movement has been traced back to the 1970s in Canada and made its way to the United States.

“It’s new, but it’s not new,” she said. “I think we’re at that point where a lot of our tribal communities are starting to connect the dots with how colonialism has impacted us holistically.”

She went on to state that “90% of the cases we see in our tribal courts are domestic violence cases, and some of these women are losing their lives to violence at the hands of their partner or someone they know.”

The movement has also headed south into Mexico according to Banuelos, whose research and activism is centered around this topic.

“Mexico has a huge femicide problem, and it’s been going on since colonization (by the Spanish),” she said. “Another layer to the issue in Mexico is that in all of their femicide issues, they don’t distinguish between an Indigenous woman and a non-Indigenous woman. Until recently, last year, researchers are working to access a lot of death certificates. They do the research themselves and speak to the families to identify if these women belong to an Indigenous group.”

Banuelos added that many databases in the United States are also inferior in this regard and don’t contain information in properly identifying Indigenous women in Mexico.

In Arizona, it has been reported that only 1 in 3 murders of Native Americans are reported to the FBI, the second-worst rate in the country.

But there is hope said Imus-Nahsonhoya, who sat on the study committee for a recent Missing and Murdered Indigenous Women and Girls Arizona House Bill.

Imus-Nahsonhoya said Native women are not only raising their voices to the public but are pounding on doors of legislators. In 2019, Arizona House Bill 2570 and an associated study committee was formed to focus on missing and murdered Indigenous women and girls in the state. Introduced by Rep. Jennifer Jermaine (an enrolled member of White Earth Nation), the study committee report findings were completed and disseminated to Gov. Doug Ducey and state legislators. As of 2022, the new state Senate Bill 1215 established a study committee for missing and murdered Indigenous peoples, expanding gender and age to include all Native people in Arizona.

While HB2570 is complete, Senate bill 1215 continues through legislative processes, and when passed will seek a continued focus to reduce and end violence against Indigenous peoples in the state by establishing methods for tracking and collecting data; reviewing polices, practices, prosecutorial trends relating to gender violence; identifying more state resources; and ensuring access to victims of violence.

Ignacio, who also sat on the study committee for HB2570, said the findings were both heartbreaking and promising.

However, Ignacio stated that there’s support from Arizona’s 22 federally recognized tribes for these bills, and there is willpower by legislative leaders to do something about it.

“A lot of good people are trying to bring this issue to the forefront, and there’s also a lot of (Native) people who are stepping outside of their lives to look at how we raise our children and raise our men,” she said. “I’m not worried because there’s a lot of young people that are taking this up, like Bianca here. … As long as there are people who still care, we’re going to be fine.”

A missing and murdered Indigenous people awareness event will take place at the Arizona State Capital from 2 to 8 p.m. on May 5.