The 2022 Distinction of Merit and Scholastic Occupation (DMSO) teacher award was presented to Laura Ackerman-Biegasiewicz, who teaches in Arizona State University's School of Molecular Sciences. The award is given by the Student Affiliates of the American Chemical Society (SAACS). 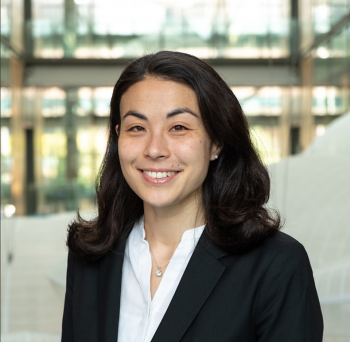 "We are grateful for the opportunity as the SAACS organization to nominate Dr. Ackerman-Biegasiewicz for this faculty award," the organization said in a joint statemet. "She is an incredible professor that cares deeply about each of her students and wants to ensure their success at Arizona State University. She recognizes the unique challenges that students experience, and helps motivate and encourage them to keep pushing forward. She breaks barriers and builds bridges allowing students to reach their full potential."

Ackerman-Biegasiewicz, who has been teaching at ASU for two years, says teaching the next generation of scientists from diverse backgrounds a dynamic discipline in a changing world drives her commitment to excel.

“I constantly have to be reading, talking with experts and doing research in the lab so I stay at the forefront of knowledge and discovery,” Ackerman-Biegasiewicz said. “Every person, class and research team is different, so I need to become a better communicator to be in a better position to help my students learn.”

“It is remarkable and unusual that a faculty member should receive a teaching award so early in their career,” School of Molecular Sciences President’s Professor Ian Gould said. “This points to the extremely high regard that the students have for Dr. Ackerman-Biegasiewicz . She understands the students, she really cares a lot about their success, and she has already figured out effective teaching strategies that work!”

Ackerman-Biegasiewicz’s teaching strategies are intentionally student-centered, understanding that whether it’s a single mom coming back to school or a student working multiple jobs to support a family, they have unique pathways.

“I place a lot of emphasis on students’ perspectives and where they are coming from,” Ackerman-Biegasiewicz said. “I hold a lot of small group meetings where I get to know my students individually and concepts with which they struggle, which helps inform my subsequent lectures.”

Organic chemistry is widely considered a challenging subject, in that it is difficult to teach as well as to learn. It is through those challenges that learning and growth occur. Seeing growth in her students and in herself motivates Ackerman-Biegasiewicz.

“There are so many struggles,” she said. “I gravitate toward students who struggle because I can relate. I wasn’t good at organic chemistry as a student. I struggled. I had to sacrifice. I had to learn to focus and to go see tutors and professors during office hours. They helped me and serve as my mentors to this day.”

Ackerman-Biegasiewicz credits her teaching style to growing up in Hawaii and its culture, as well as her parents, who are both teachers, and the many teachers and professors who have inspired her throughout her own education. She has a love for the outdoors, whether running, surfing or playing water polo, and also enjoys writing songs and playing the ukulele.

“Being born and raised in Hawaii taught me to lead with my heart and not just my head,” Ackerman-Biegasiewicz said. “My first intention is to be respectful and compassionate, and then we can do chemistry together.

“So many students are in need of a champion. Every student needs someone to help them see and nurture their gifts and strengths so they can move toward achieving their potential. Together, I hope we are all better tomorrow than we are today.”

The Valley Fever Collaborative, a University of Arizona Health Sciences-led partnership with Arizona State University and Northern Arizona University, was awarded $3.1 million in funding by the Arizona Board of Regents to start an integrated, statewide research project to identify, characterize and map hot spots and routes of exposure for Valley fever. The funding is part of several Regents Grant... 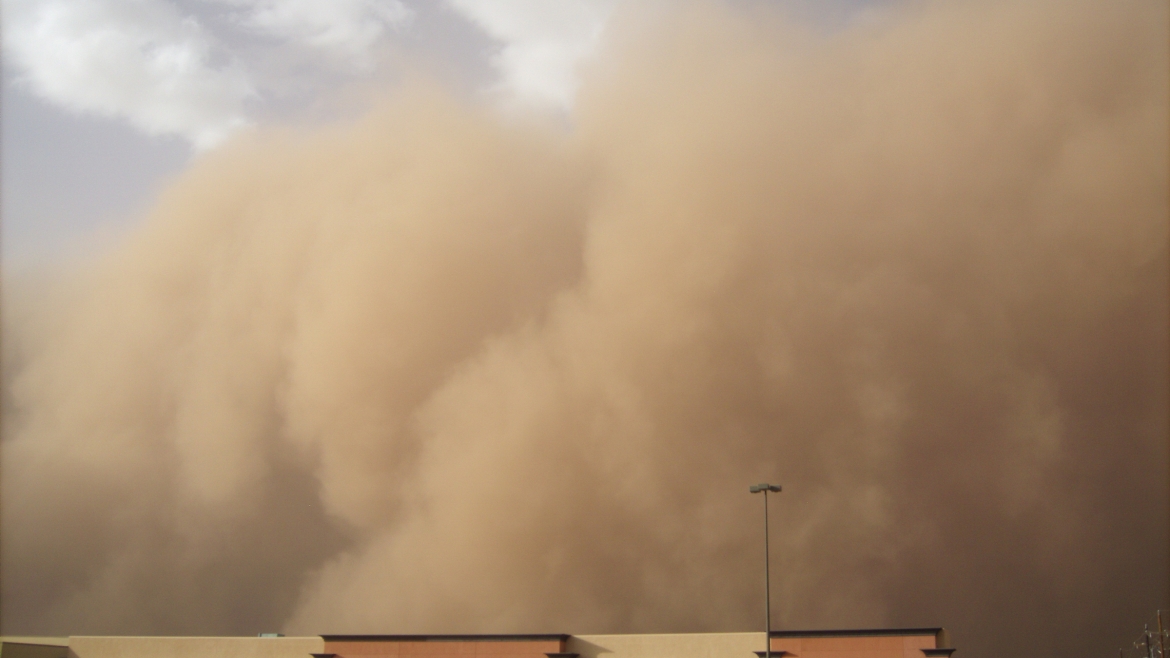 The Valley Fever Collaborative, a University of Arizona Health Sciences-led partnership with Arizona State University and Northern Arizona University, was awarded $3.1 million in funding by the Arizona Board of Regents to start an integrated, statewide research project to identify, characterize and map hot spots and routes of exposure for Valley fever.

The funding is part of several Regents Grants announced April 8 by ABOR, for universities and state agencies to work together to unlock solutions to pressing challenges in Arizona.

Valley fever is an infectious disease that affects thousands of people in Arizona every year. It is caused by Coccidioides posadasii, a fungus that lives in the soil of areas with hot summers, mild winters and little rainfall, such as the Southwest. The fungal spores can be readily inhaled, which is how most Valley fever infections are believed to occur. Yet the amount of fungal burden in the soil and air, the degree to which these fungal spores travel, and the potential for new areas to be colonized with the organism are currently unknown.

“We know Arizona is responsible for two-thirds of all U.S. Valley fever infections, but just looking across the land we can’t tell which places the fungus grows or are the source of so many infections,” said John Galgiani, director of the Valley Fever Center for Excellence in the University of Arizona College of Medicine – Tucson and a member of the BIO5 Institute. “This study will try to connect the dots between strains that cause people to get sick, where in the land they come from, and what it is about those hot spots that makes the fungus thrive. With this new information, we might prevent infections at work sites or even for everyone who lives here.”

• Detection of Coccidioides from air sampled at positive soil locations.
Led by Bridget Barker, an associate professor in the Department of Biological Sciences at NAU, researchers will pair air-sampling devices with soil sampling at three sites to detect seasonal patterns of Valley fever risk. The goal is to develop risk-assessment models to guide land developers, agriculture and state planners.

• Genome analysis directly from the environment.
David Wagner and Paul Keim, professors in the Department of Biological Sciences at NAU, will establish a genomic database of environmental C. posadasii that can be used to better understand and predictively model the environmental sources of Valley fever in Arizonans.

• Toward a predictive model of Coccidioides hot spots and hot moments on the Arizona landscape: characteristics and dynamics of soils harboring Valley fever.
Led by Jon Chorover, professor and head of the Department of Environmental Science at the University of Arizona College of Agriculture and Life Sciences, researchers will combine soil sampling and laboratory geochemical, mineralogical and physical analyses with sensor array data from research sites. The goals are to identify soil characteristics most frequently associated with high prevalence of Coccidioides spores and determine the soil and ambient atmospheric conditions that promote the aerosolized suspension and movement of Coccidioides spores from those locations.

• Identifying Valley fever hot spots from genetic clusters in patient specimens.
Galgiani will lead a team of researchers seeking to determine to what degree Valley fever human infections are due to hot spots in the environment in Arizona by investigating genetically coccidioidal isolates from infected patients in relation to environmental sequences and identifying genetic clusters.

• Environmental detection, modeling and genomics of Valley fever in Arizona.
Matthew Fraser, a professor in the School of Sustainable Engineering and Built Environment at ASU, and Pierre Herckes, a professor in the School of Molecular Sciences at ASU, will lead a project to collect and analyze particles in the air at locations near Valley fever hot spots to determine the physical and biological characteristics of particles and understand the nature of airborne transmission.

• Geospatial modeling and visualization of diverse Valley fever data.
Jon Miller, director of the Decision Theater at ASU, and Sean Dudley, assistant vice president and chief research information officer at ASU, will develop a geospatial analysis platform to be used for predictive modeling and decision support.

“The ABOR funding will accelerate the coordination of expertise at all three universities to understand and then attack Valley fever’s public health impact,” said Keim, Regents Professor of biology and executive director of the Pathogen and Microbiome Institute at Northern Arizona University. “This is an amazing cross-disciplinary project that would be difficult to fund from other sources. Arizona can expect tangible benefits that improve the health and lives of our citizens.”

The projects are funded for three years as part of the Valley Fever Collaborative, a statewide network designed to facilitate collaboration and solve what is an important public health and economic problem in the Southwest.

“Our goal is to address the problem of Valley fever at its source, in the soil and air we breathe,” said Neal Woodbury, vice president for research and chief science and technology officer for ASU’s Knowledge Enterprise. “By understanding where the fungal pathogen grows and how it enters the air, we can pinpoint approaches to avoid human exposure to begin with.”

On April 21, Woodbury and faculty from UArizona and NAU will speak about the collaboration at the Venture Café Phoenix at the Phoenix Bioscience Core in downtown Phoenix.

Top photo of a dust storm courtesy of Pixabay.com