The human papillomavirus (HPV) is a known risk factor for cervical cancer. Researchers at Arizona State University are hoping to better understand the factors leading to persistent HPV infection and the progression to cancer by studying the complex communities of microbes in the female reproductive tract, known as the vaginal microbiome.

In a new study, Efrem Lim and his colleagues examine an often-overlooked subset of the vaginal microbiome — the viruses. Lim is a researcher with the ASU Biodesign Center for Fundamental and Applied Microbiomics and an assistant professor at the School of Life Sciences. 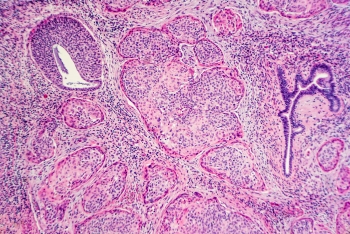 The research demonstrates that crucial changes in the vast community of viruses, or virome, may enable persistent HPV infection and progression to cancer. The viral alterations appear to be associated with changes in bacterial composition and genital inflammation.

“Microbes maintain a delicate balance in our body to promote health,” Lim says. “Viruses can tip the scale towards a worse health outcome.”

The research appears in the current issue of the journal mSystems. 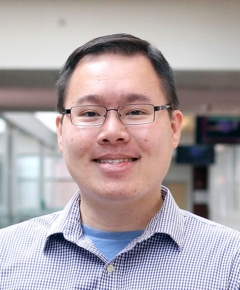 Cervical cancer is one of the most common cancers among women. In 2020, more than 600,000 cases and 340,000 deaths were reported worldwide. In addition to infection with the HPV virus, known risk factors for cervical cancer include immunodeficiency, smoking and oral contraceptive use.

Recent studies have explored the relationship of the vaginal microbiome to cervical cancer, though the viral component has often been neglected. Viruses interact with both human cells and the vast profusion of bacteria present in the genital tract. The new study uses next-generation gene sequencing to get a clearer read on the community of viruses present in vaginal microbiome samples from women in the Phoenix metropolitan area.

The results highlight an association between genital inflammation and low abundance of the bacterial species lactobacillus with reduction in virome diversity. Lactobacillus bacteria are known to be important mediators of genital health. Further, conditions conducive to persistent HPV infection were also associated with the abundance of a group of viruses that infect bacteria — known as bacteriophages. The findings further emphasize the importance of studies of the virome and its complex interactions with other constituents of the human microbiome.

The Walter Cronkite School of Journalism and Mass Communication at Arizona State University will host “On The Clock & In the Media: Race, Hiring and the NFL,” a panel discussion focusing on the complex challenges in the NFL.The free event will begin at 6 p.m. Thursday, April 7, at the Cronkite School’s First Amendment Forum, on the second floor of the Cronkite building, 555 N. Central Av...

The Walter Cronkite School of Journalism and Mass Communication at Arizona State University will host “On The Clock & In the Media: Race, Hiring and the NFL,” a panel discussion focusing on the complex challenges in the NFL.

The free event will begin at 6 p.m. Thursday, April 7, at the Cronkite School’s First Amendment Forum, on the second floor of the Cronkite building, 555 N. Central Ave., Phoenix. It will also be streamed online. Seating is limited, and early registration is encouraged. Register here. The panelists will discuss what improvements NFL teams should make to their hiring practices to bring more diversity into its head coaching ranks and how the NFL can move forward.

The panel will also examine the role the media plays when showcasing various diversity challenges within the NFL. Sports journalism is one of the fastest-growing sectors in the media industry, and journalists play an integral role in highlighting these issues.

In 2021, more than 70% of NFL players were people of color, according to the Institute for Diversity and Ethics in Sport. However, just five of the 32 NFL teams currently employ head coaches of color.

The panel will feature two former NFL head coaches, as well as an NFL executive who played in the league.

Edwards, a former NFL player, has coached at the professional and collegiate levels within the past 20 years. He was hired as ASU’s football coach in 2017 following nine years as an NFL analyst for ESPN.

Lewis joined the ASU football team in 2019 as a special adviser. He also served as an interim defensive backs coach at the end of the 2019 season and co-defensive coordinator in 2020. Lewis has more than 25 years of coaching experience in the NFL.

Vincent has more than 20 years of NFL executive experience after a 15-year playing career. In his current position, Vincent’s responsibilities focus on the business of football, including game analytics, accountability, integrity of the game, development and growth, and policies and procedures relating to NFL games.

Rhoden is a visiting professor at the Cronkite School, writer-at-large for Andscape (formerly The Undefeated), former award-winning sports columnist for The New York Times and author of “Forty Million Dollar Slaves.”