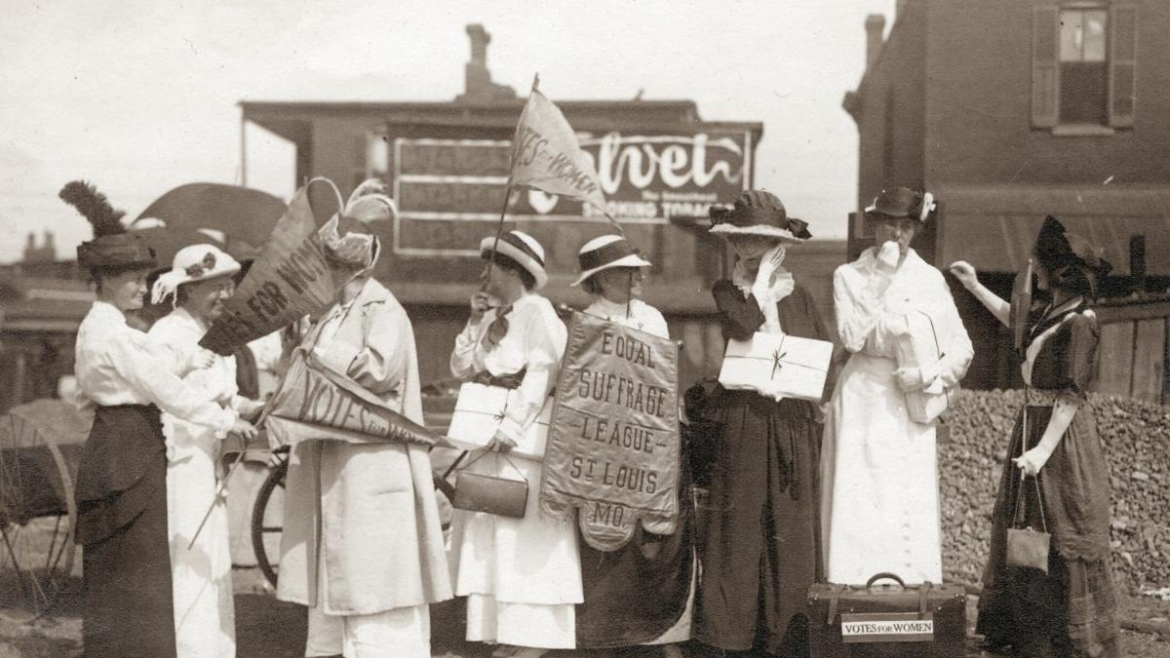 Ayanna Thompson is not a fan of musicals.

So you can guess her reaction when the visionaries behind “Suffs,” a musical about the women’s suffrage movement in the early 1900s, asked her to come on as a dramaturg and consultant to help with casting choices.

“I mean, I have zero expertise in musicals, and I made that very clear,” said Thompson, Regents Professor of English at Arizona State University, and the director of the Arizona Center for Medieval and Renaissance Studies. “I was like, ‘Doesn’t this sound like the worst idea ever?’”

But Thompson had become a scholar-in-residence at the Public Shakespeare Initiative in 2020 — “Suffs" is playing at the Public Theater through May 15 — and she was intrigued by what she called the intergenerational and interracial battles of the suffrage movement, and how some of the movement’s goals still resonate today.

As Women’s History Month comes to a close, ASU News spoke with Thompson about “Suffs,” and why, more than 100 years later, women still have societal hurdles to overcome. 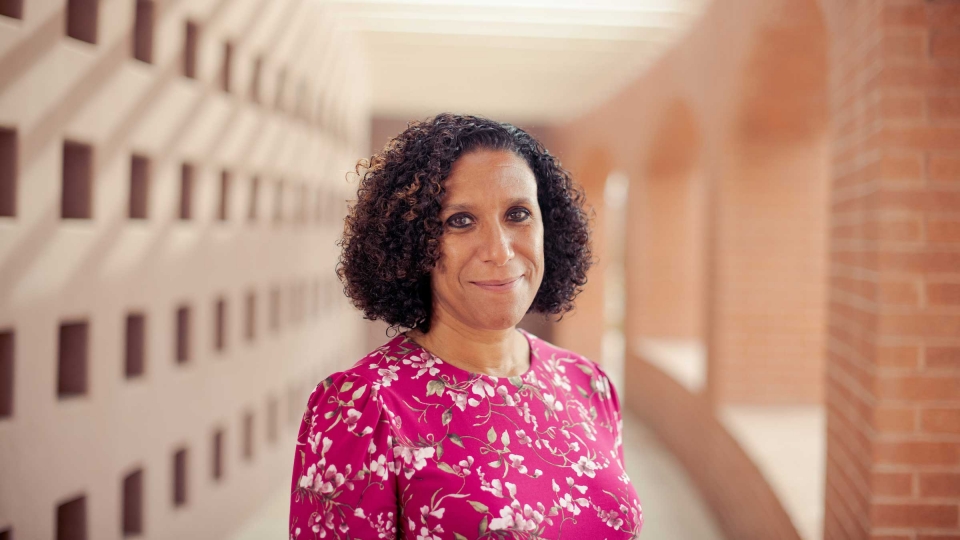 Question: How did your involvement with “Suffs” come about?

Answer: Normally, I’m just working on their Shakespeare productions, but I specialize in race and casting. I’ve had a series of conversations with their senior leadership team about how to think about race and casting, how to be intentional. And so, when the creative team of (creator) Shaina Taub and (director) Lee Silverman brought me in to talk about what a casting approach would look like, I was really excited.

A: Yes, I was highly skeptical. But it has such a great arc in the way that it is addressing intergenerational battles and interracial battles, and what gets prioritized and what gets put on the burner when you’re wedded to one principle. I think it’s a pretty complex narrative, and the music is unbelievably beautiful.

Q: What are the intergenerational and interracial battles you’re talking about?

A: The story addresses Alice Paul (a vocal leader of the suffrage movement), who has this sense of self and urgency that she’s going to be the one to win suffrage for women. And, of course, the struggle for suffrage had already been going on for several generations with Susan B. Anthony and Carrie Chapman Catt, who is Susan B. Anthony’s protégé. So it’s the tension between Carrie Kat’s approach, which is slow and incremental, and Alice’s approach, which grows to be kind of like, burn it all down. That’s one part of it.

And then you get Ida B. Wells and Mary Church Terrell, who are two famous Black suffrage fighters. Alice basically tells them, “We’re only going to talk about women. We’re not going to talk about colored women’s rights because we can’t get the Southern vote onboard. So you just have to wait your turn." That’s one of the main songs in the musical. It’s called “Wait My Turn.” And Ida is like, “Why do white women have to say I have to wait my turn? Why can’t it be both? Why can’t we work together?” It’s pretty powerful.

So I think all of those complexities lend themselves to what I’ve called Shakespearean in its structure.

Q: You’ve written extensively on race and performance. Why was it important for you to rethink the casting and have some white male characters portrayed by women and non-binary actors from different races and ethnicities?

A: It wasn’t just my idea. Shaina had said all along that she wanted a cast of women, but then, who counts as a woman? Of course, that recently has been under fire. I want transgender women, I want people who identify as women, but I also want women who think of themselves as non-binary to feel like they have a place in this production. So parts that are male characters would be played by this cast of women. That was fantastic. 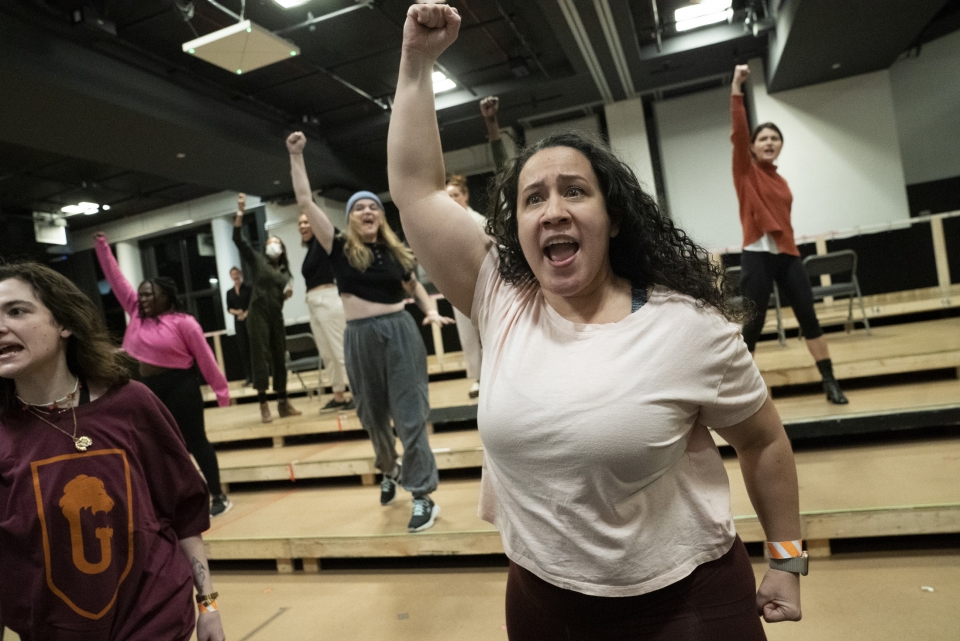 The company of "Suffs" in rehearsal for the world premiere musical. Photo by Joan Marcus/Courtesy the Public Theater

Q: What about the suffrage movement still resonates for you today?

A: Alice Paul, at the end of play, she’s like, “Well, we need to fight for the equal rights amendment.” I remember as a child canvassing with my mother to try to get the ERA passed in the 1980s. It still hasn’t passed. So, yeah, a lot of the fights that they were fighting in the 1910s, we’re still fighting a hundred years later.

We’ve made immense progress. But we still haven’t had a female president. We still have hardly any women in the Senate. And look at the fight Judge Ketanji Brown Jackson is facing for the Supreme Court.

Q: Those issues for equality are even more prominent for women of color, right?

A: Very much so. It’s eerie and disturbing and moving to see that we’re still having the same conversations and that it’s still as hard for Native women and Black women and Latinx women. We’ve got a lot of work to do, but I do think this musical gives us a way to start those conversations again. It does offer another door to open to say, “OK, maybe we can cross through it now with these amazing songs ringing in our head.”

US News ranks School of Earth and Space Exploration No. 12 for earth science grad program

US News ranks School of Earth and Space Exploration No. 12 for earth science grad program

Arizona State University's School of Earth and Space Exploration has been ranked No. 12 by U.S. News & World Report for its 2023 rankings of America’s graduate schools for earth sciences. 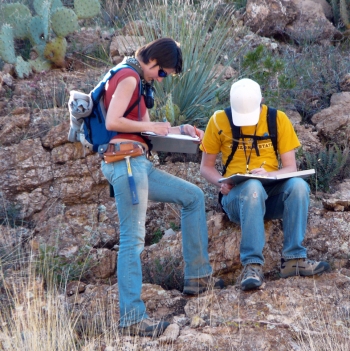 “It is wonderful to see our graduate programs in the earth sciences ranked among the top programs in the country,” said Meenakshi Wadhwa, director of the School of Earth and Space Exploration. “This reflects our strong commitment to the quality of our graduate education, which is predicated not only on the high caliber of our faculty and students, but also on cultivating an interdisciplinary, collaborative and inclusive culture.”

“It is very exciting to see the strength of our earth sciences graduate programs being recognized in the rankings,” said Hilairy Hartnett, professor and associate director for graduate initiatives in the School of Earth and Space Exploration. “We know the rankings play a role in how students research different programs and compare institutions when they are applying to graduate schools.”

The School of Earth and Space Exploration was formed in 2006 to facilitate exploration and discovery while bridging the cultural gap between engineers and scientists. One of the school’s nuclei was the Geology/Geological Sciences Department at ASU, which began its rise to prominence starting in the 1960s. The school is now over 15 years old and has matured into a dominant research-intensive school, committed to high-impact scientific discovery and science education.

The school is built on a foundation of cross-disciplinary collaboration and includes faculty as diverse as astrophysicists, volcanologists, biogeochemists and electrical engineers. There are more than 74 faculty, over 30 teaching and research professionals, over 20 research scientists and postdoctoral scholars, over 140 graduate students and more than 400 undergraduate students.

Graduate programs in the earth sciences offered by the school include master’s degrees in geological sciences and earth and space sciences, and a geological sciences PhD. In these programs, students study the interiors and surfaces of the Earth and other bodies in the solar system while working with world-class faculty on USGS-, NASA- and NSF-funded projects in state-of-the-art laboratories and in the field on any of the seven continents.

Earth science faculty in the school include geologists, geochemists, volcanologists, Earth systems and climate scientists, biogeochemists, oceanographers, geophysicists, geomorphologists, hydrologists and ecologists; as well as planetary scientists, astrobiologists and cosmochemists, all of whom are leaders in their respective disciplines and fields.