Off the coast of Australia, the sixth wonder of the world sits below the waves, both beautiful and critical to our planet. There, the marine ecosystem of the Great Barrier Reef captures carbon through seagrass and mangroves, generates significant economic activity through tourism, protects the coastline from storms and wave erosion, and supports thousands of marine species.

But experts are warning of a critical threat against this underwater wonder. Recently, leading coral scientist Professor Terry Hughes of James Cook University in Queensland, Australia, raised the alarm that the Great Barrier Reef is at the beginning of its sixth mass bleaching event since 1998, with the Great Barrier Reef Marine Park Authority adding that low and moderate bleaching is being reported for different areas of the marine region. For some corals, this bleaching could be a death sentence. 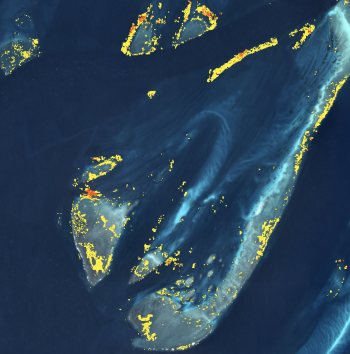 In 2021, Arizona State University's Center for Global Discovery and Conservation Science released a beta global bleaching monitoring system to keep tabs on a similar problem in Hawaii. Now, the first-of-its-kind monitoring system has been added to a suite of data products on the Allen Coral Atlas, a global mapping and monitoring data resource led by ASU in partnership with Coral Reef Alliance, Planet, the University of Queensland and Vulcan.

“The monitoring system’s development began with our team in Hawaii in response to the islands’ 2019 bleaching event,” explains Greg Asner, managing director of the atlas and director of the Center for Global Discovery and Conservation Science. “The algorithm was originally created using advanced airborne imaging techniques and has been further developed to capture a picture of coral health at a global scale. This allows teams from around the world to monitor the Great Barrier Reef’s bleaching event.”

The Global Airborne Observatory, ASU’s very own “lab in the sky,” uses hyperspectral remote sensing to capture maps of the coast and identify bleaching versus healthy corals. Watching from satellites in space, the algorithm dives below the waves and identifies low, moderate and severe bleaching levels. And it could be just what is needed to turn the tide and save the underwater ecosystem of the Great Barrier Reef.

Gabi Bonelli, a postdoctoral researcher on the Atlas project, explained how the bleaching system works: “Our algorithm measures the temporal change, or how coral brightness changes over time. While the bleaching event in the Great Barrier Reef is tragic, it provides our team with an opportunity to validate and improve our algorithm to better combat coral bleaching in the future.”

In the coming weeks, anyone can use the Allen Coral Atlas to monitor coral bleaching in the Great Barrier Reef.

Tony Award-winning poet Lemon Andersen is debuting his latest one-man show, "When Aliens Fall From the Sky," at ASU Gammage on March 26. In the show, Andersen shines a light on the “unidentified, undocumented (and) unyielding,” and their struggles to belong in a community that was built on the backs of their hard work and sacrifice. This performance is intended to share the stories and exper...

Tony Award-winning poet Lemon Andersen is debuting his latest one-man show, "When Aliens Fall From the Sky," at ASU Gammage on March 26.

In the show, Andersen shines a light on the “unidentified, undocumented (and) unyielding,” and their struggles to belong in a community that was built on the backs of their hard work and sacrifice. 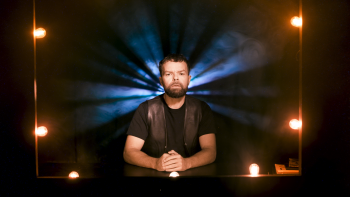 This performance is intended to share the stories and experiences of Latino communities through the lens of several characters while addressing bigger systemic issues in America and providing a new path forward.

“I think the audience will understand themselves through the characters whether they can personally relate to them or not. They might not be a Latino in America, but they will know about us now, and that's the impact, because the second the show's over, the results belong to the audience,” Andersen said.

Andersen grew up in Brooklyn, New York, with a Puerto Rican mother and a Norwegian American father. He experienced the struggles of making it on his own since childhood through many obstacles, including poverty and isolation, before finding an outlet to express himself and speak his truth through poetry.

“When I first saw poetry on stage, it was very magical to me because so many of the poets were entertaining their scars,” said Andersen. “I knew that's where I wanted to be as an artist. I wanted to be in a place where I can be that vulnerable, and yet, getting better throughout the years and transcending art was important to me as well.”

Andersen is known for his work as a critically acclaimed playwright, poet, performance artist, youth empowerment activist, brand creative and television writer. He has also been a performance artist in residency at ASU Gammage for the past three years and has been an active member of the poetry and performing arts community at ASU.

“I have a different relationship with poetry than the average poet, because, to me, everything is poetry: how I live my life, how I dress up, how I put these together — it's all poetic,” Andersen said.

"When Aliens Fall From the Sky" is a combination of purposeful spoken word, active choreography and colorful light design intended to captivate the audience and transport them to a place of Andersen’s creation.

The audience “hears the words and sees some beautiful abstract images that allow them to connect with poetry through their own imagination and their own experience connected to the words,” said Elise Thoron, director and co-developer of the show.

Andersen’s approach to storytelling embraces poetry as invigorating and aims to be unlike any other spoken-word performance. This show was created for the theater and connects audiences to an intimately colorful narrative piece.

“Theater can be really powerful in creating community between peoples because you're alive, you're in the same space and you're responding in time to the characters and their stories as they develop,” Thoron said.

"When Aliens Fall From the Sky" will be at ASU Gammage for one night only on Saturday, March 26. For tickets and more information, visit asugammage.com/shows-events/when-aliens-fall-sky.