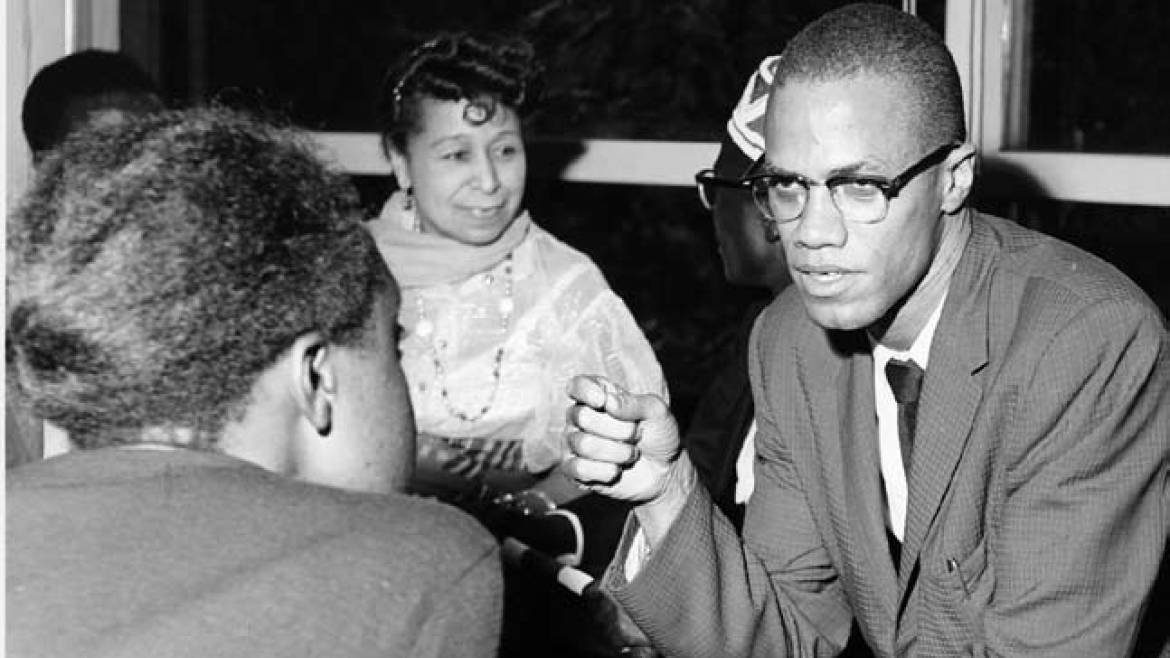 The assassination of Malcolm X to be discussed in live event

Investigative journalism and history will converge on March 23 when Arizona State University’s Institute for Humanities Research will sponsor a virtual talk with Abdur-Rahman Muhammad, whose years of reporting led to the exoneration of two men convicted of the 1965 assassination of Malcolm X.

The conversation will take place at 3 p.m. and registration is available.

The event is hosted by The Colonial, the Postcolonial and Decolonial research cluster, which is part of the Institute for Humanities Research, supported by the Department of English, and ASU’s African and African American Faculty and Staff Association have contributed to the event.

Muhammad’s investigation was portrayed in the 2020 Netflix documentary “Who Killed Malcolm X.” The documentary convinced a Manhattan prosecutor to reopen the case, and in 2021, Muhammad Aziz and Khalil Islam had their convictions vacated. Muhammad is doing another documentary for Netflix and is writing a book about the assassination.

“They found some information from the FBI that nobody had had before because apparently the FBI withheld the evidence,” said Keith Miller, an ASU English professor who will co-host the event. Miller also has written a book he hopes to get published that questions the authorship of "The Autobiography of Malcolm X," published in 1965.

Melissa Free, an assistant professor in the Department of English who is co-hosting the event with Miller, praised Muhammad’s work, conviction and perseverance, saying he raised questions “that others didn’t want to ask."

“He wanted to see justice done, both by seeing the actual assassins convicted and the people who had been wrongfully convicted exonerated,” Free said. “These are real people with families and friends. Their exoneration matters. Their legacy matters. The truth matters.”

Although the focus of the event will be on the assassination and exoneration process, Malcolm X’s legacy likely will be discussed as well.

“This message had an enormous impact on African Americans that endures to this day. T-shirts bearing his likeness are very popular in Harlem, and the main north-south street in Harlem was rechristened as 'Malcolm X Boulevard.'”

Top image: Malcolm X, likely at a welcoming event for the African American Students Foundation in 1959 or 1960. Photo courtesy Wikimedia 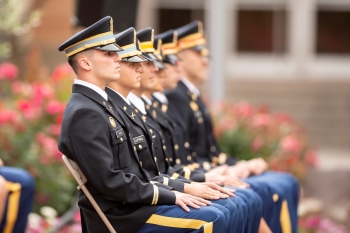 “This honor from the General Douglas MacArthur Foundation represents a huge team accomplishment for the cadre and staff that support the program at Arizona State University daily, but more importantly, for the phenomenal cadets that fill the ranks of the Sun Devil Battalion,” said Col. Mark Olsen of the 5th Army ROTC Brigade.

ASU’s Army ROTC program was selected for a combination of achievement in commissioning mission, cadets' performance during Cadet Summer Training and retention rates. In their last fiscal year, the Sun Devil Battalion added 50 commissioned officers, with program enrollment increasing by 17% in the last academic year.

“ASU’s Army ROTC has now been recognized as not only one of the largest, but among the very best training programs for producing our nation’s next generation of Army officers,” said Paul LePore, associate dean in The College of Liberal Arts and Sciences.

“To be recognized as one of the top eight ROTC programs in the country is a testament to the hard work and commitment put forward by our Sun Devil cadets along with the outstanding learning and training environment established by the cadre officers and enlisted men and women that lead ASU’s Sun Devil Battalion.”

The program continues to expand its reach through new universitywide collaborations including the Tactical Athlete Seminar, a three-day program on ASU’s Downtown Phoenix campus that trains cadet coaches to lead physical training programs in partnership with ASU’s College of Health Solutions.

“The 86-year-old partnership established between Arizona State University and the Army ROTC program is enduring, thriving and all around exceptional. Not only does this exceptional program continue to exceed their assigned mission year after year, they do so with the quality that we demand to succeed on the global stage,” Olsen said.