Spring break often evokes images of the beach or celebrating with friends, however, students from one high school decided to do things a little differently.

Nine students and their teachers from the Arthur Morgan School, a Quaker school in North Carolina, contacted Arizona State University President’s Professor Heather Bimonte-Nelson and asked if she could help them explore the intricacies of neuroscience to supplement a class they were taking called Our Social Brains. In this course, the seventh to ninth graders learned about neuroanatomy, the basics of psychology and neuroscience, and advanced concepts such as how access to mental health resources differs in various communities. 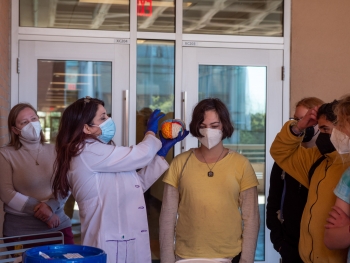 The students searched for neuroscience research labs and decided they wanted to take a road trip from their school in North Carolina to visit ASU and learn about brains and how scientists study them.

Bimonte-Nelson’s lab, the Behavioral Neuroscience of Memory and Aging Lab, conducts research aiming to characterize the cognitive and brain changes that occur during aging, as well as to determine the roles that sex, hormones and brain chemistry play in brain function and cognition.

Bimonte-Nelson is an active proponent of bringing neuroscience to the community who hosts brain fairs for children in Title I schools in order to expose them to science. Naturally, she jumped at the chance to help. Over the past decade that she has hosted brain fairs, thousands of young students have participated and expanded their first-hand understanding of brain science. What she didn’t expect was the depth of knowledge that these middle and high school students had already.

“One of the seventh-grade students asked me which part of the brain is responsible for proprioception. I was blown away!” said Bimonte-Nelson, adding, “Knowledge is power, and these learners are invested and dedicated to gaining knowledge. It is so empowering to see how the excitement surrounding neuroscience is growing in such young generations — these students could be the future of brain science, and they could be the changemakers that solve some of our most perplexing brain puzzles.”

Jessica Verpeut, an assistant professor and director of the SOCIAL Neurobiology Lab, also helped with the brain fair and provided a hands-on lecture about the cerebellum. While many people see the cerebellum as a “little brain” that controls simple movements like balance while walking, she conducts research to understand the role it plays in complex coordinated movement and decision-making in early life.

“These young students are the next generation of neuroscientists, and helping to plant the seed of higher education is so important,” Verpeut said. “We really have a great opportunity to model how research can change lives, and this was an opportunity we couldn’t turn down.” 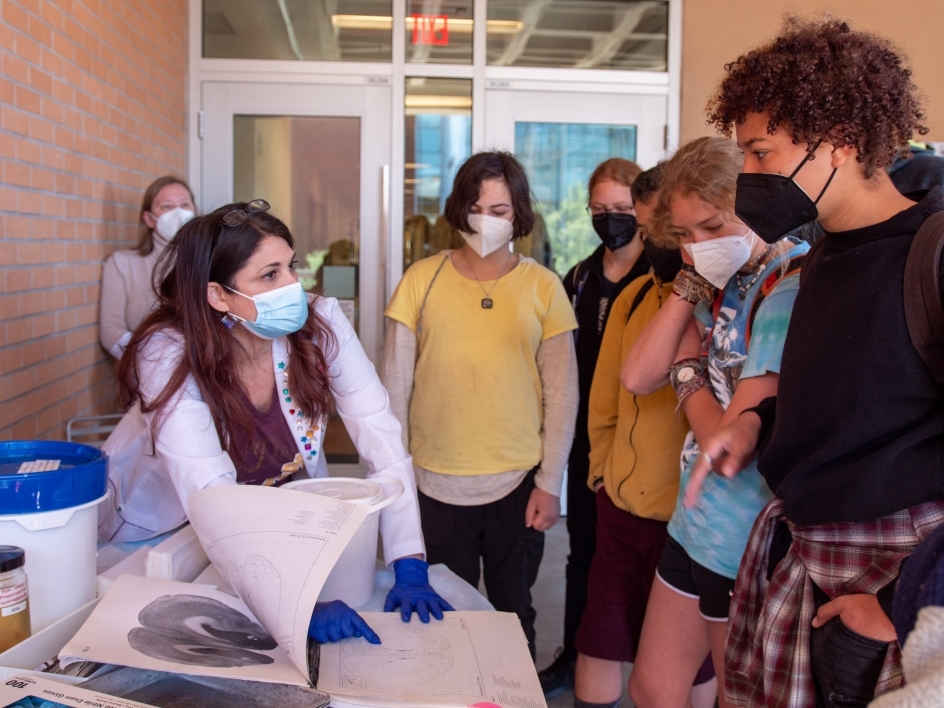 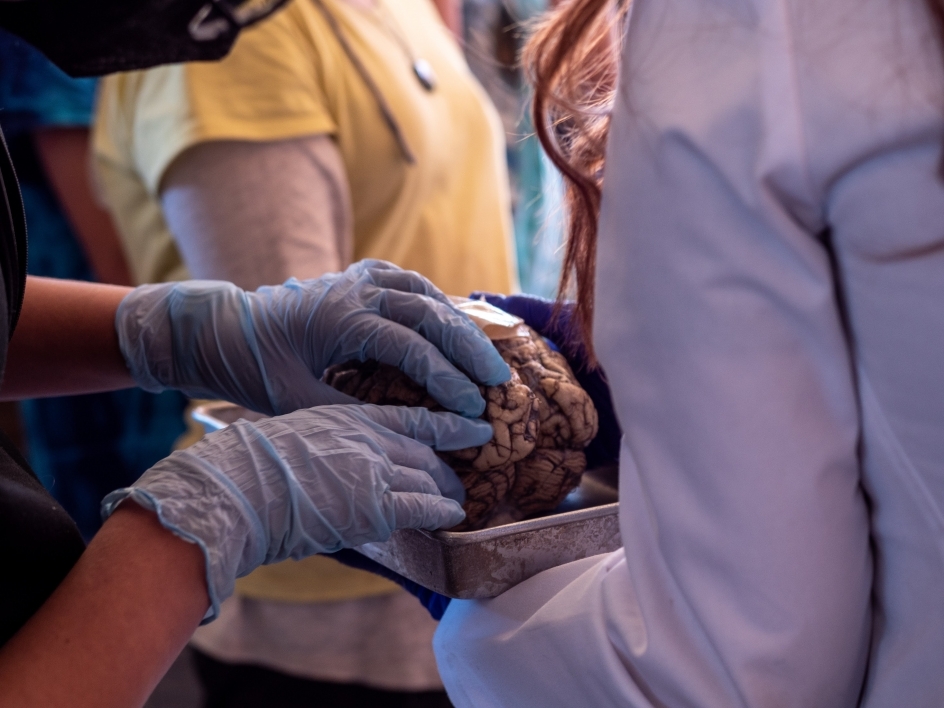 Bimonte-Nelson is an active proponent of bringing neuroscience to the community and hosting brain fairs for children in Title I schools in order to expose them to science. Over the past decade that she has hosted brain fairs, thousands of young students have participated. 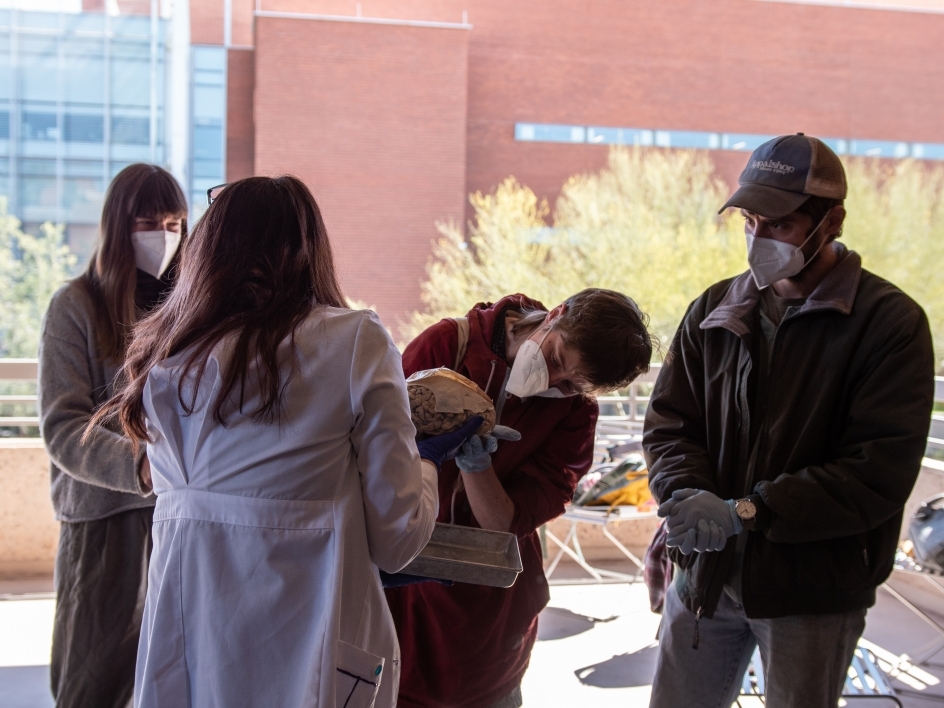 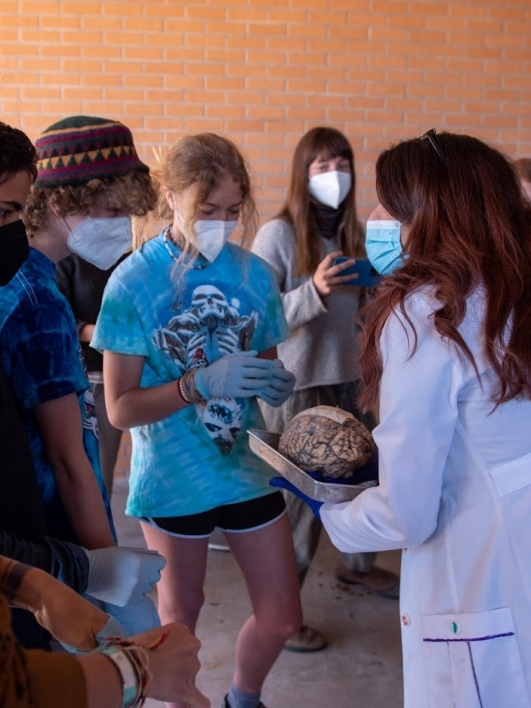 The students searched for neuroscience research labs and decided they wanted to take a road trip from their school in North Carolina to visit ASU and learn about brains and how scientists study them.

Since launching both a new online and on-campus neuroscience degree within the Department of Psychology, the program has grown from just under 300 students to almost 500 students in a single year. It is expected to continue to grow due to the interest in neuroscience.

Some of the advanced neuroscience research being done in the department includes investigating the origins of hallucinations in schizophrenia, estrogen and progesterone’s effects on cognition and health risks in menopause, how stress impacts the brain and behavior, and how the cerebellum contributes to behavior. ASU is becoming increasingly known for its industry-changing work in neuroscience, such as recently receiving a $15.7 million grant from NIH to study Alzheimer’s.

“The more we learn about neuroscience, the more we recognize we have so much more to learn,” Bimonte-Nelson said. “Every brain discovery shows us a deeper and broader range of things to scientifically uncover. For instance, what brain profiles look like when they are developing, aging and when things go awry, such as with neurodegenerative diseases.”

Questions that were previously impossible to study, such as how do our brains enable us to make decisions, what are emotions or how do we perceive and process sensory information, can now be explored to deeper depths than ever before. Bimonte-Nelson and Verpeut are among the ASU faculty who are helping to ask and answer these novel questions now, but the field has never looked brighter.

“These students were so excited and invested in their education that they decided to drive across the country to learn more about the brain and neuroscience. Their teachers are to be commended for encouraging their passions, and for allowing the students to choose their subject of interest and plan the trip themselves,” Bimonte-Nelson said. “I hope that, for them, this trip has been one-of-a-kind, just like every one of our brains and every one of their futures.”

Freshman attacker Vanda Baksa was named MPSF Newcomer of the Week after her 22 point weekend. ... Freshman attacker Vanda Baksa was named MPSF Newcomer of the Week after her 22 point weekend.