Professor Daniel J. Mahoney is one of the country’s most respected scholars on European and American political thought, and in the fall of 2022, Arizona State University students will get a chance to discuss the foundational principles of American democracy through French political thinker Alexis de Tocqueville’s work

The CEL 494/598 course, held Wednesdays from 4:50 to 7:35 p.m., is titled Tocqueville: Problems and Prospects of American Democracy (class #95788) and is offered by the School of Civic and Economic Thought and Leadership. It is available to students of all majors and units. 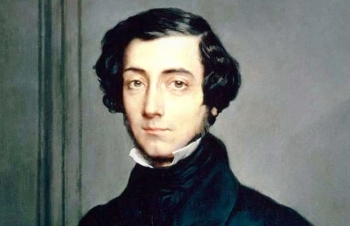 “Alexis de Tocqueville is often seen today as the French observer who traveled to America in 1801–32 and praised the country’s institutions and way of life,” Mahoney said.

However, he added, there is another side of Tocqueville that is frequently ignored.

“His writings indicate that he was worried about an emerging democratic world that moved away from the search for truth, and by an individualism that eroded the bonds that connect human beings. He was a friend, but not a flatterer of America, and of democracy more broadly. We very much need his balanced perspective today,” Mahoney said.

In this course, students will learn how the French political thinker saw the American regime, how his writings about America influenced countries around the world, and how Tocqueville’s work can help us reflect on the many challenges and possibilities of modern democratic life today.

Mahoney’s goal is to get students to learn from the past so as to better understand and orient ourselves in the present — that is, as Tocqueville might say, so that we have a better idea of what to hope and fear from our democratic regime and way of life. 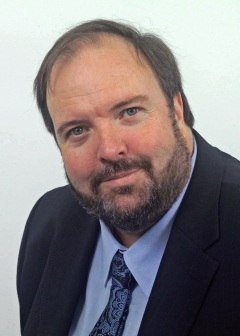 “I look forward to discussing with ASU students how Tocqueville propelled the foundation of American democracy. The School of Civic and Economic Thought and Leadership is becoming a national epicenter for thinking, discussing and educating on American political thought, and it’s such an honor to be invited by Professor Paul Carrese to join the faculty team as a visiting scholar for the fall semester,” Mahoney said.

“Today more than any other time in American history, it is essential to reflect upon our democratic principles, and I can’t think of a better expert than Daniel Mahoney to invite students to this conversation,” said Carrese, director of the school. “We are honored to have him among us in the fall of 2022, and I know students will benefit from their time with him.”

Mahoney is professor emeritus at Assumption University and a senior fellow at RealClear Foundation. He has spent his academic career researching modern democratic societies and liberalism. Among his many books are “The Liberal Political Science of Raymond Aron” (1992); “De Gaulle: Statesmanship, Grandeur, and Modern Democracy” (1996, 2000); “Aleksandr Solzhenitsyn: The Ascent from Ideology” (2001); “The Conservative Foundations of the Liberal Order” (2011); and the upcoming “The Statesman as Thinker: Portraits of Greatness, Courage, and Moderation,” which will be released on May 10, 2022. He has edited and introduced writings of Raymond Aron, Aurel Kolnai, Bertrand de Jouvenel, Pierre Manent and Aleksandr Solzhenitsyn. He has also been executive editor of Perspectives on Political Science since 2017.

The School of Civic and Economic Thought and Leadership is an academic unit of The College of Liberal Arts and Sciences, combining philosophy, history, economics and political science to examine great ideas and solve contemporary problems. Courses such as Great Ideas in Politics and Ethics; Philosophy, Politics and Economics; Comparative Political Thought; and Globalism, Nationalism and Citizenship prepare students for careers in fields such as business, law, public office, philanthropy, teaching and journalism, among others.

Five more school records were shattered Friday night -- bringing the total to 11 this week -- as Léon Marchand won for a third straight night and Grant House set another meet record. ... Five more school records were shattered Friday night -- bringing the total to 11 this week -- as Léon Marchand won for a third straight night and Grant House set another meet record.