The American Liszt Society, AZ Chapter Festival will be held at Arizona State University's School of Music, Dance and Theatre on Feb. 27. 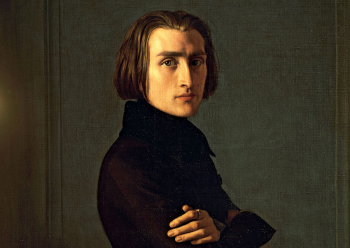 “Liszt was one of the greatest virtuoso pianists of all time,” Breslin said, “and as a composer, he transformed the technical, musical and expressive qualities for the piano. It is impossible to overemphasize his influence on the future of the piano and composers. He was a true innovator and changed the direction of future music through his work on thematic transformation, his experiments with large musical forms, unique harmonic innovations, and expanding the technical and expressive possibilities of the piano as an instrument.”

In addition to the music of Liszt, the concerts will feature a wide range of different styles. Breslin and Hamilton both agreed that most musicians regard Liszt, a 19th-century musician, as a forefather of future musical styles seen in the 20th century.

In 2019, ASU hosted the national festival of the American Liszt Society, a major annual event typically hosted by a different university each year. The festival was set to return to ASU in early 2020 with a newly reorganized Arizona chapter of the society but was postponed due to the pandemic.

Breslin and Hamilton were also performing guest artists at the national festival on Oct. 15–18, 2021, held at the University of Michigan in Ann Arbor.

According to the society’s website, it serves to promote scholarship and general understanding of the full creative and historical significance of Liszt on the education and development of both the composition and performance of music throughout the Western world.

In preparation for its annual meeting, the American Association of Geographers (AAG), a global network of leading researchers, educators and practitioners in geography, recognized a select group of individuals for their outstanding contributions and accomplishments in the geographic field. Included in this year’s honors are two from Arizona State University’s School of Geographical Sciences an...

In preparation for its annual meeting, the American Association of Geographers (AAG), a global network of leading researchers, educators and practitioners in geography, recognized a select group of individuals for their outstanding contributions and accomplishments in the geographic field. Included in this year’s honors are two from Arizona State University’s School of Geographical Sciences and Urban Planning: B. L. Turner II and Patricia Solis.

Turner, Regents Professor in the School of Geographical Sciences and Urban Planning, will be recognized for 50 years of continuous membership, enduring support and contributions to the Association.

He alongside 13 other inductees will be honored at the annual meeting for their considerable and long-standing contributions to the geography profession in research, scholarship, teaching, education and service.

“The AAG and geographic profession has been good for and to me and I owe a big thank you to both,” Turner said. “Fifty years has seen profound changes in the status of geography programs and in the orientations of the discipline at large. Perhaps the most profound change has been the shift of geographic training from a holistic social and environmental one — integrated approaches before the current cache of that term — to a more focused training in one or the other of those two dimensions plus the added focus of spatial analysis and remote sensing.”

As a member of the Class of 1972, Turner will receive lifetime remission of annual dues and annual meeting registration fees from the organization.

Solis, a research professor in the School of Geographical Sciences and Urban Planning and executive director of ASU’s Knowledge Exchange for Resilience, has been elected to serve as an AAG national councilor.

The council is the governing body of the American Association of Geographers and guides its programs, represents its members and sets its policies. The council includes nine members elected by the AAG’s regional divisions, six elected nationally, one student, one international councilor, the elected AAG officers and AAG executive director.

“Throughout almost three decades as a geographer, I have seen our community grow and change in profound ways, but the one constant has been the presence of an organized society that provides a crucial space for geographers from all generations, sectors, ranks and subdisciplines to come together to nurture a collective sense of community,” Solis said.

“It’s an honor to me that the AAG membership elected me to represent their interests. I believe that our disciplinary institutions are very important to nurture and maintain, not only for the benefit of our own geography community but also this kind of social and knowledge infrastructure is critical to civil society, especially in such times of profound global change.”

Solis will begin her national councilor three-year term on July 1.