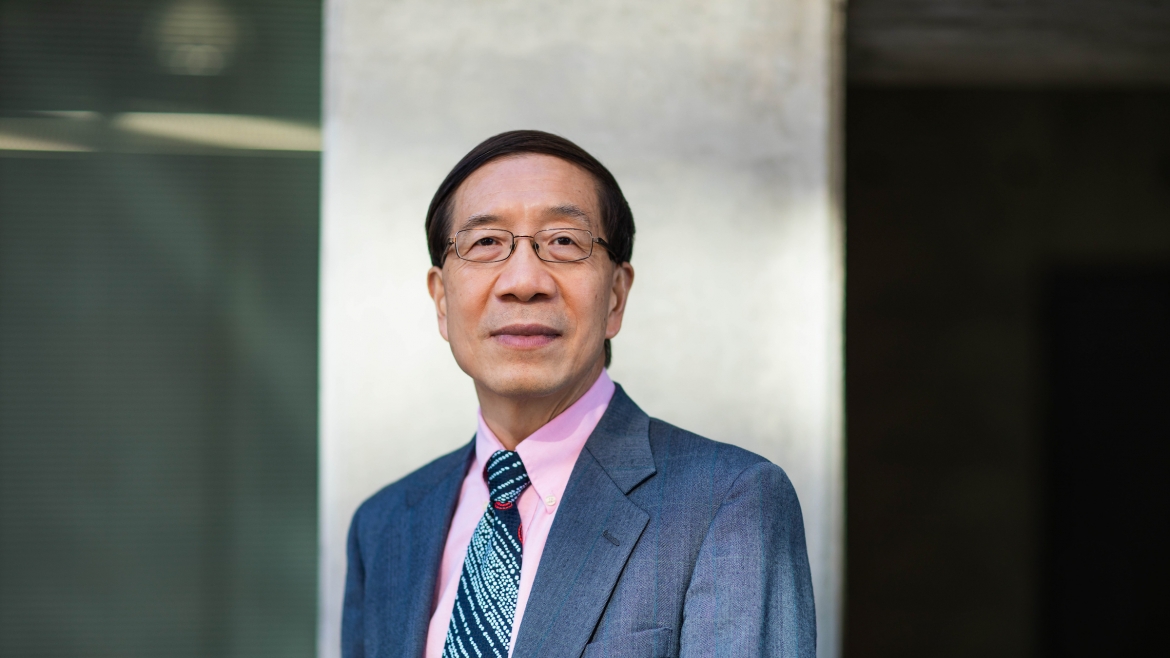 Out of chaos, excellence

How do you become a Regents Professor, the elite of the academic world, specializing in chaos? Sometimes it’s just random.

The hallmark of chaos is called sensitive dependence on initial conditions, which means if you make a small change right now, it's going to be a big change in the future. It’s also called the butterfly effect. If a butterfly flaps its wings in Brazil, it can cause a tornado in Texas. Despite its apparent randomness, chaos in systems like weather or ecosystems often has patterns.

When Ying-Cheng Lai was a graduate student in the physics department at the University of Maryland College Park, he was selecting a PhD adviser. His first choice was a prominent condensed matter physicist. He made an appointment.

“And I waited for one hour,” Lai said. “He didn't show up, so I went to my next choice, which was the nonlinear dynamics and chaos group. They welcomed me wholeheartedly. So that's how I got into chaos. It's just because (of) such a small change. If the condensed matter professor had shown up in time, I would probably be a condensed matter physicist right now. That’s sensitive dependence on initial conditions.”

This month, the Arizona State University chaos theorist was officially inducted as a Regents Professor by the Arizona Board of Regents.

To be awarded the distinction, scholars must be full professors, with outstanding achievements in their fields, who are nationally and internationally recognized by their peers.

No more than 3% of all faculty at ASU carry the distinction.

“I was surprised,” Lai said about receiving the news. “I was very grateful for all the colleagues, especially to my school director and my dean for supporting me over the years and for nominating me.”

Lai is the ISS Endowed Professor of Electrical Engineering in the School of Electrical, Computer and Energy Engineering in the Ira A. Fulton Schools of Engineering. Externally, he is a member of the Science and Technology Experts Group of the National Academies of Sciences, a fellow of the American Physical Society, a fellow of the American Association for the Advancement of Science, a Pentagon Vannevar Bush Fellow, a foreign member of Academia Europaea (the Academy of Europe), and a corresponding fellow of the National Academy of Sciences and Letters of Scotland.

One of the world’s most influential and innovative researchers in nonlinear dynamics and complex systems, Lai focuses on relativistic quantum chaos, an interdisciplinary field that he pioneered at the boundaries of three branches of theoretical physics: quantum mechanics, relativity and chaos theory. Another major achievement is his contribution to the understanding and applications of transient chaos in physical and biological systems.

In all, Lai has more than 500 referenced journal articles with over 26,000 citations, and has secured over $12 million in federal funding. Additionally, he has graduated 22 PhD students and numerous master’s degree students, and has mentored more than a dozen postdoctoral fellows.

In a field that embraces everything from physics and meteorology to ecology and sociology, Lai said ASU’s interdisciplinary approach to scholarship makes it the perfect place to pursue it.

“ASU is such a great place, especially as an interdisciplinary research environment; it's super,” he said. “I get opportunities to talk to all kinds of colleagues who work in different areas, so that's lots of fun ... I have collaborators in engineering, of course, in mathematics, in physics and chemistry, and also in systems biology and even in social science.”

Junior Alynah Torres hit her first home run of the season to help lead the Sun Devils to victory. ... Junior Alynah Torres hit her first home run of the season to help lead the Sun Devils to victory.