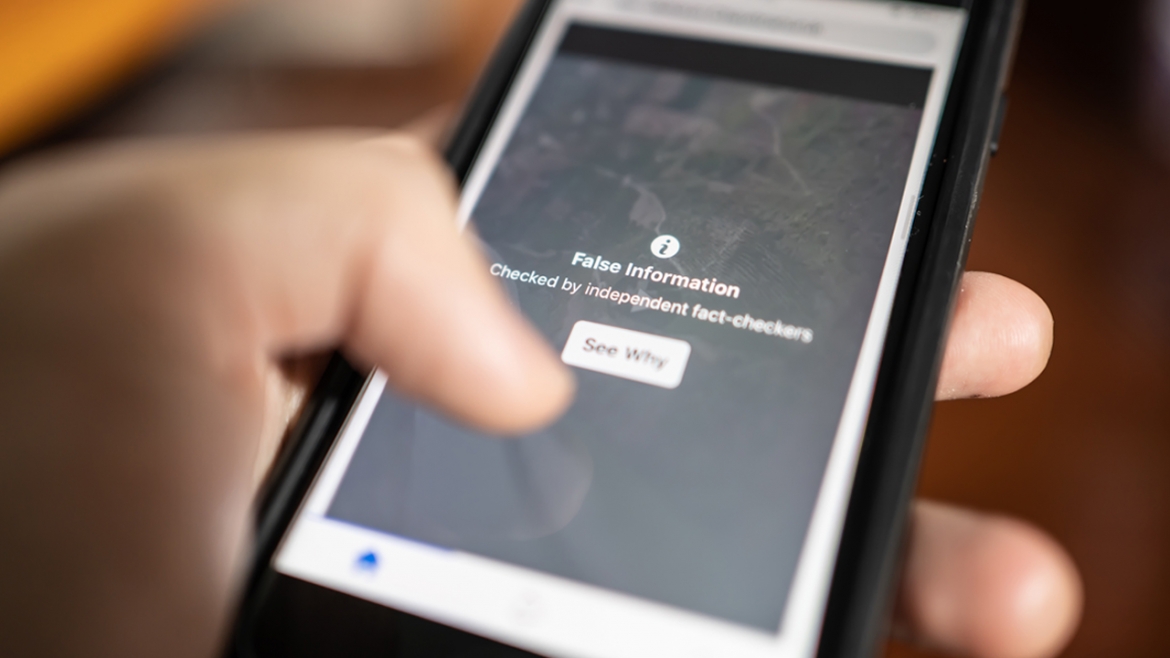 One of the biggest problems facing our society today? Disinformation, according to Joshua Garland.

On Feb. 7, Garland joins Arizona State University as an associate research professor in the Center on Narrative, Disinformation and Strategic Influence, where he is determined to make an impact on the issue.

The center, which is a unit of ASU’s Global Security Initiative, combines social science and advanced algorithms to study how stories shape people’s actions and world politics. Its goal is to help protect against hostile attempts to influence the U.S. and democracy. 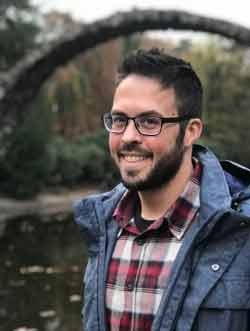 “ASU is a place where there’s a lot of really interesting people to work with and a lot of interesting research to do. The agenda at the Global Security Initiative and the Center on Narrative, Disinformation and Strategic Influence in particular was compelling and aligned perfectly with my research interests,” Garland said.

Garland comes to ASU from the Santa Fe Institute, where he held an Applied Complexity Fellowship. He works to bridge the gap between math theory — which is based on “perfect” conditions — and the messy data of the real world’s complex systems, like climate, belief dynamics or the human heart.

He has also helped people understand how decision-making algorithms work, so that they can use these tools more fairly when it comes to issues like housing or criminal justice.

“Everything the Global Security Initiative does is aimed at untangling incredibly complex challenges to determine root causes and identify potential paths toward a better outcome. Associate Professor Garland’s proven expertise in complexity and complex systems will be an important addition to GSI's efforts to address the types of interwoven and often mutually reinforcing security issues we see today, like the spread of disinformation, climate change and the public’s deteriorating trust in institutions,” said Nadya Bliss, executive director of Global Security Initiative (GSI).

Garland will also hold a faculty appointment in the School of Complex Adaptive Systems. He brings with him extensive experience in student mentorship, having served as a primary adviser to nearly 150 graduate and postdoctoral students, in addition to undergraduate researchers and high school interns.

He is a sought-after speaker who has presented on a variety of topics such as disinformation, countering hate speech and past changes in Earth’s climate. Additionally, he has written over two dozen journal and other publications, including Chaos journal’s most downloaded paper of 2018, “Anatomy of leadership in collective behavior.”

“As Joshua Garland joins the ASU community, he will strengthen our efforts to advance complex adaptive systems science as a foundational science for the College of Global Futures and GSI. His work on misinformation could not be more timely,” said Manfred Laubichler, director of the School of Complex Adaptive Systems.

Garland looks forward to focusing on his disinformation research at ASU. His goal is to find effective ways to combat social polarization as well as false narratives. A return to civil discourse, he argues, protects democracy.

“Counterspeech is one of the most promising avenues for fighting disinformation,” Garland said.

Counterspeech is a strategy to oppose hate speech and falsehoods online. It works by flooding a post that is hateful or misleading with comments that are positive or that reinforce the facts. Citizens are the drivers of counterspeech and can even form special groups to coordinate their efforts.

Sometimes, people who post and help spread misinformation online do so unintentionally. Garland is interested in finding the best way to engage with such people without bullying or polarizing the conversation more.

“How do we make someone that has been misinformed feel heard, not just censor them, and bring them back to a place where we can talk about the issue?” he said.

“We’re excited to have Joshua Garland join the growing team at the Center on Narrative, Disinformation and Strategic Influence,” said Scott Ruston, director of the center. “His expertise significantly increases the in-house technical and analytic ‘horsepower’ of the center as we devise interdisciplinary research programs to better understand the information environment.”

A legacy lives on for a smart sustainable future

Dmitry Zimin, a renowned scientist, entrepreneur and philanthropist whose Zimin Foundation helped create the Zimin Institute for Smart and Sustainable Cities at Arizona State University, died in December following a battle with cancer.Dmitry ZiminThrough his philanthropy, Zimin contributed to popularizing science, with a goal of making it accessible and engaging to all citizens of the world and im... 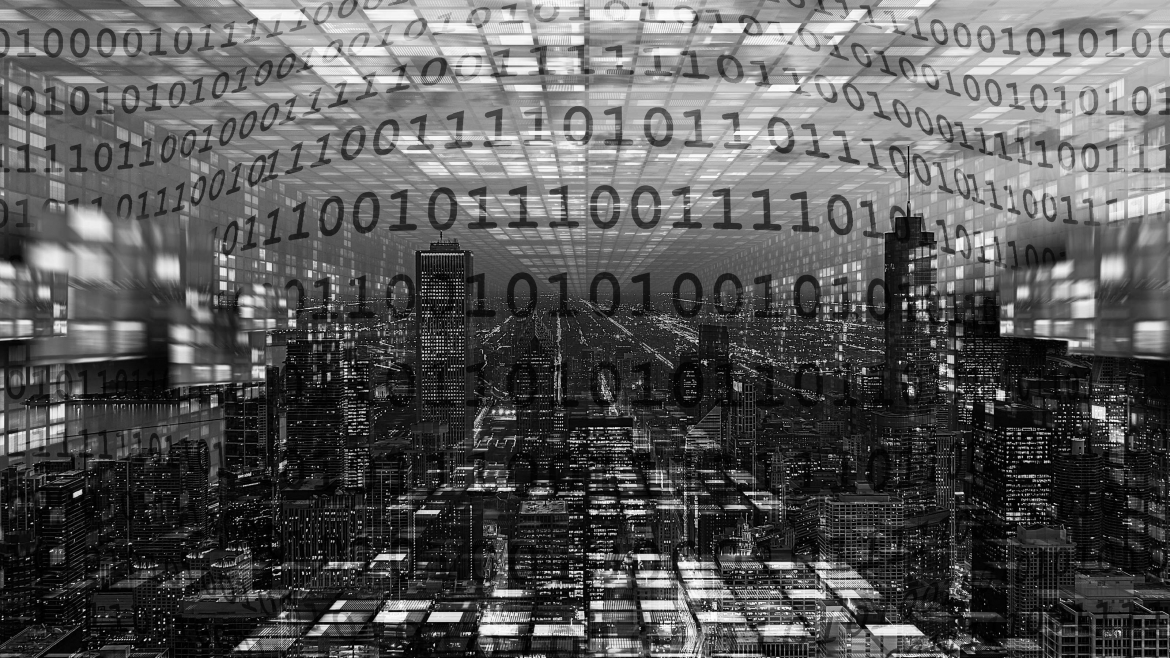 A legacy lives on for a smart sustainable future

Dmitry Zimin, a renowned scientist, entrepreneur and philanthropist whose Zimin Foundation helped create the Zimin Institute for Smart and Sustainable Cities at Arizona State University, died in December following a battle with cancer. 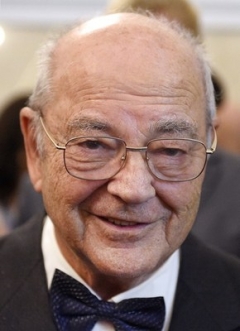 Through his philanthropy, Zimin contributed to popularizing science, with a goal of making it accessible and engaging to all citizens of the world and improving the state of humanity through real-world innovation.

Born in Moscow in 1933, Zimin was a graduate of the Moscow Aviation Institute’s Faculty of Radio Electronics. He founded VimpelCom (now known as VEON), the first Russian company to be listed on the New York Stock Exchange, in 1996.

Zimin devoted most of his time to philanthropic activities after retiring and selling his stake in VimpleCom in 2001. He aimed to advance knowledge, science and education globally. That pursuit led him to establish the Dynasty Foundation in 2002, which provided grants for young scientists.

Zimin and his family historically focused their philanthropic efforts on supporting science and education in Russia, but he later went on to pursue philanthropic activities in other countries, founding the Zimin Foundation and the Zimin Institutes — the first at Tel Aviv University in 2018 and the second at ASU in 2020.

The Zimin Institutes are an initiative by the Zimin Foundation designed to identify and support research and development projects that are likely to translate into applied technologies that better lives.

The Zimin Institute for Smart and Sustainable Cities at ASU was established with a vision of creating people-centric smart cities of the future — integrating advanced technologies into the physical spaces where people live, work, learn and play to enhance security, health, sustainability and resilience. After learning about the university’s reputation for innovation and advancement of smart technologies, Zimin knew ASU was a great place to support faculty with new ideas for bringing sustainability and smart city innovations to reality.

“We are blessed to be located in a region that has embraced a smart cities vision and by a host of ASU institutional grassroots smart cities efforts and initiatives,” said Greg Raupp, director of the Zimin Institute at ASU and Fulton Schools Foundation Professor of chemical engineering.

Funded project teams in the Zimin Institute are now focused on some of the most challenging and critically important problems faced by cities today, like those associated with living in arid, hot climates.

The urban heat island effect and air and water quality are major quality-of-life issues in places like the Phoenix metro area. Two active projects at the Zimin Institute are employing fixed and mobile sensor nets on and around mass transit stations, such as bus stops, to quantify actual heat exposures experienced by residents. One of those projects is investigating a novel solution for decreasing local ambient temperatures. Two additional projects are focused on monitoring, controlling and improving the quality of drinking water.

“We have been granted a tremendous opportunity to galvanize and energize the ASU community of scholars and innovators to lead the creation of new smart city technology solutions, to catalyze new active collaborations with regional-stakeholder public and private partners and ultimately to be a world leader in the smart and sustainable cities arena,” Raupp said.

Multiple projects in the Zimin Institute for Smart and Sustainable Cities at ASU have the potential for dramatic human impact. One major issue in Phoenix is pedestrian safety, and researchers are working on ways to reduce vehicle-pedestrian accidents and save lives. Another project that originally featured using storytelling robots to assist caregivers of patients with Alzheimer’s disease has been broadened to deal with the loneliness and isolation many seniors face in the era of COVID-19.

Yet another project is pursuing the development of a novel chemical-free water softening system and has attracted interest from industry, NASA and the U.S. Environmental Protection Agency.

“Most of our projects engage the local community and/or industry partners,” Raupp said. “Several sustainability-focused projects have generated new intellectual property and could lead to the formation of startup companies.”

In other ongoing Zimin Institute projects, researchers are collaborating with the city of Phoenix, the city of Tempe and the ASU campus community, along with industry partners such as 3M and Valley Metro.

Through his philanthropy, Zimin’s vision will continue at ASU with new smart and sustainable technologies to create better cities for our shared future.