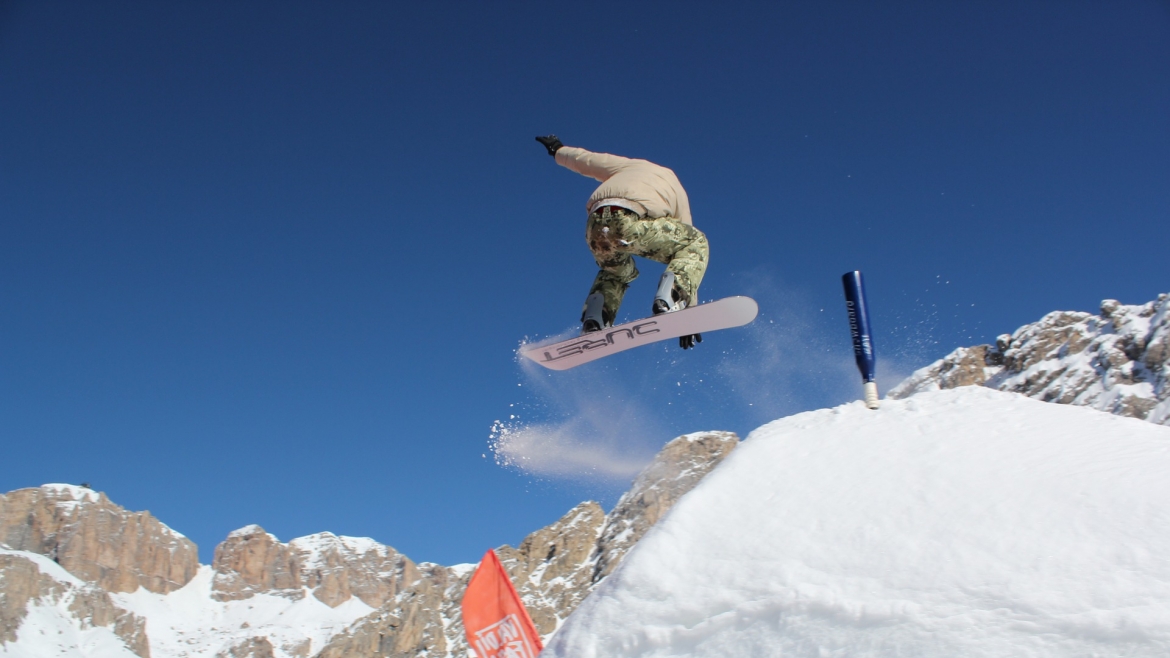 The 2022 Winter Olympics have kicked off in Beijing, coinciding with Black History Month. But very few of the 225 athletes representing the U.S. are Black — continuing a long trend.

The lack of representation is likely related to a lack of access, according to Kenneth Shropshire, CEO of the Global Sport Institute at Arizona State University and the Adidas Distinguished Professor of Global Sport.

Winter athletes need access to facilities like bobsled runs and ski slopes, and ice time at rinks is expensive, he said.

“Apart from access, these are generally sports requiring equipment that is very expensive,” he said.

“These are not sports where all you need is a ball and space. These are even further out on the economic spectrum, in some instances, than golf and tennis.”

Among the Black athletes representing the U.S. in Beijing this month are:

• Maame Biney, an immigrant from Ghana competing in her second Olympics as a speedskater.

• Elana Meyers Taylor, who had been set to carry the flag in the opening ceremonies, but was unable to because of a positive COVID-19 test. She will begin competing in her fourth Olympics on Feb. 13 as a bobsledder.

• Erin Jackson, who made news when her teammate Brittany Bowe, who finished first in the women’s 500 meters at the U.S. long-track speedskating trials, gave up her spot in the 500 to Jackson, who won the ISU Speed Skating World Cup in November. Bowe, who is competing in two other long-track races, carried the flag in Taylor’s place.

Other Black athletes representing the U.S. in Beijing are Kelly Curtis, the first Black woman to represent the U.S. in skeleton; Hakeem Abdul-Saboor, in the four-man bobsled; Sylvia Hoffman and Kaysha Love, teammates in the two-woman bobsled, and Malik Jones, a forward on the sled hockey team in the Paralympics.

The first Black American athlete to win a medal in the Winter Games didn’t happen until 1988, when figure skater Debi Thomas won a bronze medal in Calgary.

“The Winter Games have been played going back to 1924, so that was a long time coming,” Shropshire said.

The first Black athlete of any nationality to win a gold medal in the Winter Games was Vonetta Flowers, an American bobsledder, in 2002 in Salt Lake City.

Speedskater Shani Davis was the first Black American to win a gold medal in an individual sport, the 1,000-meter race in 2006 in Turin.

“You know, you can name Vonetta Flowers and Debi Thomas. And there were a number of athletes that were successful otherwise who engaged with bobsled. I remember Herschel WalkerWhile still a player in the NFL, Walker represented the U.S. on the two-man bobsled team in 1992 in Albertville, placing seventh. having a moment and you paid attention to see what would happen. But it’s been sparse,” Shropshire said.

He said the continued low level of Black athletes in the Winter Games is sort of a self-fulfilling prophecy.

“It’s hard to imagine engaging in a sport if you don’t see anyone who looks like you,” he said.

“So on the level of inspiring participation, that’s relevant.”

Other countries typically don’t have high numbers of Black athletes either. Of the 2,952 total athletes in the 2018 Winter Olympics, 43 were Black, according to a tracker run by Buzzfeed.

And a recent decision by the International Olympic Committee likely reduced the potential number of Black athletes at the 2022 Games. The IOC rejected a request to reinstate a quota system that would have allowed athletes from underrepresented countries, primarily in Africa, to compete in Beijing.

“It’s hard to imagine engaging in a sport if you don’t see anyone who looks like you."

So what could increase participation of Black athletes?

“There are a great number of programs, across sports, seeking to diversify participation. This usually happens at the local grassroots level, but the United States Olympic and Paralympic Committee and the national governing bodies for the various sports have programs as well,” Shropshire said.

For example, the National Brotherhood of Skiers, a nonprofit that works to develop and support skiers of color, provides funding for athletes who are pursuing Olympic competition. The organization supported Seba Johnson, who represented the Virgin Islands at the 1988 Olympics, where she was the first Black female skier in Olympic history, and Errol Kerr, who represented Jamaica in ski cross in the 2010 Olympics.

Shropshire said that representation is important, but not only at the Olympic level of competition.

“How do we get more images of Black surgeons or engineers or paths in life that have some longevity?

“The tip of the pyramid, where most people don’t make it, is a special place,” he said of the Olympics.

“I’m more overall a base-of-the-sport-pyramid guy. At the base of the pyramid, everyone should have the chance to play and participate and be healthy.”