Carolyn and Ernest Hirata have three constants in their lives: faith, family and education.

The Hiratas have devoted their careers to Arizona State University, specifically on the Polytechnic campus through academics, teaching and service — making impacts in several areas. 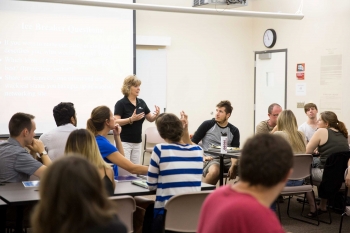 Their bond with the campus, its students and the community led the longtime Sun Devils to establish a scholarship, the Ernest and Carolyn Hirata Scholarship. It’s for students who are pursuing a technological and entrepreneurship management degree while enduring grief connected to their military ties, an area the couple is passionate about.

Before the Hiratas met, Ernest was a teacher at Hardaway High School in Tempe, Arizona, while pursuing his doctorate in education at ASU. Meanwhile, Carolyn was part of the civilian workforce for the U.S. Department of Defense.

After Ernest joined the military, they met at Fort Benning, Georgia, where they both served on the General Staff College of the U.S. Army Infantry School — Ernest as a first lieutenant and Carolyn as a civilian administrator.

Shortly after the couple married, Ernest was stationed in Vietnam. It was during this time that the Hiratas first witnessed how families were affected by loss and how that loss often compromised basic needs and educational attainment.

“Based on our experience in the military, and the world and national events that followed, it was a natural fit to designate the scholarship to students who had lost one or more parents in a hazardous-duty occupation,” Ernest says.

After his military experience, Ernest completed his doctoral studies, spent a year teaching math to students who were underserved and returned to ASU as an assistant professor in what was then the Department of Industrial Technology, now part of the Ira A. Fulton Schools of Engineering.

Carolyn continued her college studies as an operations management major in the W. P. Carey School of Business at ASU. After completing her degree, she joined Motorola as an operations and manufacturing manager. She eventually became a faculty associate in the Department of Technology Management, also now part of the Fulton Schools, where she curated an interest in the impact of online learning. There, she convinced her leadership to permit the development and teaching of the Polytechnic campus’ first online course, TMC 330: Leading the Enterprise.

“At first I wasn’t paid, but I knew online learning had a future so I was willing to put in the work to make it a success,” Carolyn says.

Today, this course attracts some of the highest enrollment at the Polytechnic campus.

With Carolyn’s extensive background in academia and operations management, she moved up the academic ranks and eventually became the program chair of the technological and entrepreneurship management program — her last role at ASU — soon after the program joined The Polytechnic School, one of the seven Fulton Schools.

Ernest and Carolyn retired from ASU in 2008 and 2021, respectively, after dedicating more than 40 years to the success and growth of the university, with 25 of those years devoted specifically to the Polytechnic campus.

Although their careers at ASU have concluded, their lifelong commitment to ASU students will live in perpetuity through the Ernest and Carolyn Hirata Scholarship.

“We are grateful to God for giving us the resources and grateful to our fallen friends who sacrificed their lives for all Americans,” the Hiratas said in a statement. “It is our hope that the recipients of our scholarship will continue to make a difference for those who come behind them.”

ASU 365 Community Union’s Movies on the Field program screens a movie on the Frank Kush Field in Sun Devil Stadium on the third Friday of each month this spring. The next screening is “King Richard” on Feb. 18. Guests are invited to bring their blankets, family and friends to sit on the football field and enjoy the movie under the stars, on one of the biggest screens in Tempe. “King Rich...

ASU 365 Community Union’s Movies on the Field program screens a movie on the Frank Kush Field in Sun Devil Stadium on the third Friday of each month this spring.

The next screening is “King Richard” on Feb. 18. Guests are invited to bring their blankets, family and friends to sit on the football field and enjoy the movie under the stars, on one of the biggest screens in Tempe. 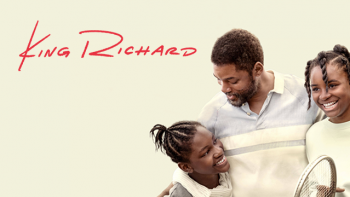 “King Richard” is based on the true story of Richard Williams and his determination in raising his daughters, Venus and Serena, to become two of the most extraordinarily gifted athletes of all time. This event and future spring 2022 Movies on the Field events are complementary and open to the public.

The movie will start at 7 p.m., and doors will open at 6 p.m. Masks, physically distancing from other parties and a negative COVID-19 test prior to the event are highly recommended for Movies on the Field. ASU's clear-bag policy will be in effect for this event.

Learn more and RSVP at asu365communityunion.com/kingrichard.