A new treatment for autism, created by Arizona State University researchers and their colleagues, has been granted a patent by the U.S. Patent Office. The therapy, called Microbiota Transplant Therapy (MTT), is aimed at improving chronic gastrointestinal symptoms often associated with the disorder. 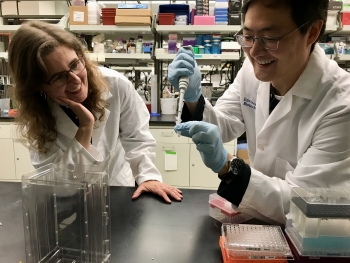 ASU Professor Rosa Krajmalnik-Brown and Assistant Professor Daewook Kang (now with the University of Toledo) in an ASU file photo from 2017. Krajmalnik-Brown, Kang and Professor James Adams are three of six co-inventors who were awarded a patent for their treatment for autism and related symptoms. Download Full Image

Receiving the approval of the patent for this promising treatment is also an important step toward developing a Food and Drug Administration approved medication for treating the core symptoms of autism. An initial study of Microbiota Transplant Therapy suggests that it may be effective in treating both core autism symptoms and chronic gastrointestinal symptoms.

Rosa Krajmalnik-Brown, ASU professor and director of the Biodesign Center for Health Through Microbiomes, and a pioneer in research on the gut microbiome and autism, is a co-inventor of the treatment.

“Our mission at the ASU Biodesign Center for Health Through Microbiomes is to improve human health by developing new methods to modify the microbiome. This is at the core of our center, and it’s exciting that we have a patent to achieve this,” said Krajmalnik-Brown, a professor with the School of Sustainable Engineering and the Built Environment.

Autism now affects one in 44 children in the United States, often presenting major challenges in language, social interactions and behavior. Many people with autism have significant health problems, including 30–50% with chronic gastrointestinal symptoms such as constipation, diarrhea and abdominal pain. These symptoms are difficult to treat and can persist for many years or even decades. Chronic pain caused by gastrointestinal distress can worsen other symptoms associated with autism, including irritability, attention deficits, behavioral issues and sleep disturbances.

“We are excited about this patent approval. Our open-label pilot study and two-year follow-up study found major improvements in gastrointestinal and autism symptoms. Now, we are conducting randomized clinical trials to fully evaluate the efficacy of treatment with MTT,” said co-inventor James Adams. Adams is a professor with the School for Engineering of Matter, Transport and Energy, one of the seven Ira A. Fulton Schools of Engineering at ASU. 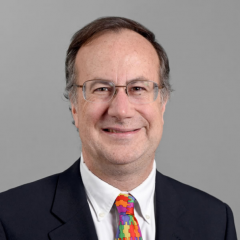 The treatment, similar to the fecal transplant commonly used to treat intestinal infections such as C. Difficile, involves 10 weeks of intense daily therapy. The approach is based on pioneering research by Dr. Thomas Borody with the Centre for Digestive Diseases in Australia, who first used this method to successfully treat his patients with autism, and Professors Alex Khoruts and Michael Sadowsky at the University of Minnesota, who developed the methods for producing purified microbiota.

In their 2017 study, Adams, Krajmalnik-Brown and their research team found that MTT reduced gastrointestinal symptoms by approximately 80%, and initially reduced autism symptoms by about 25%. But, as an open-label study, they observed some placebo-effect. A follow-up study of all 18 participants two years after the treatment was completed found that most continued to see a considerable improvement in gastrointestinal symptoms. Additionally, an expert autism evaluator reported a nearly 50% reduction in core autism symptoms.

Measurements of the participants’ microbiota at Krajmalnik-Brown’s lab by Assistant Professor Daewook Kang (now with the University of Toledo) showed that although the children, aged 7 to 16 at the time of the study, initially had a low diversity of gut bacteria, the diversity and presence of beneficial microbes had increased and improved in the two years following the treatment. Based on these promising results, the FDA granted “fast track” status for MTT in 2019, which means a rapid review and more assistance from the FDA. 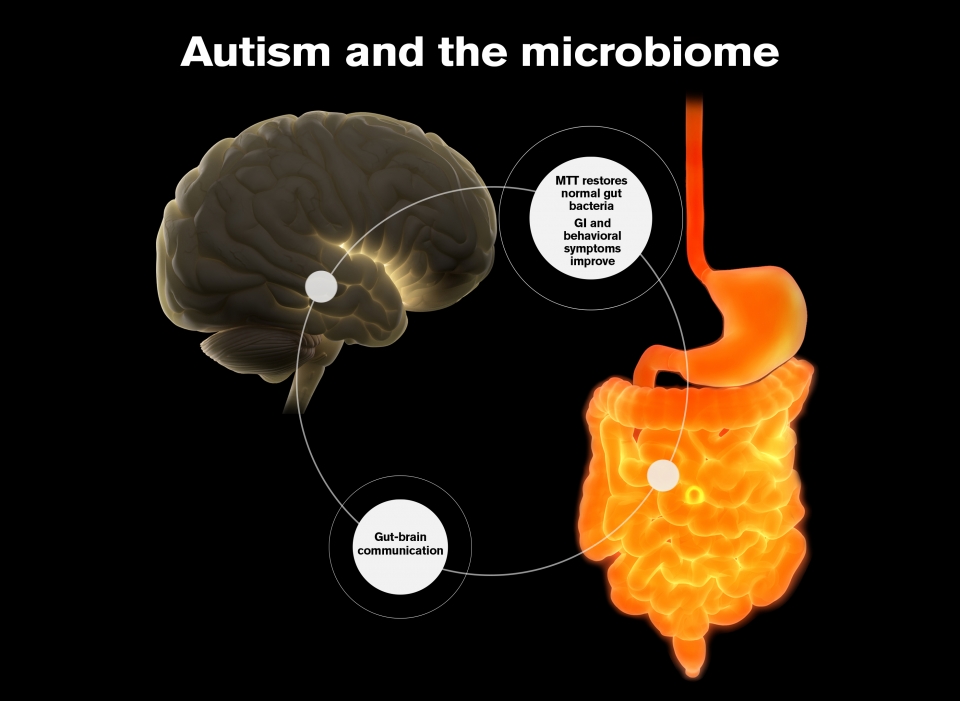 Recent research suggests our gut microbiomes affect brain communication and neurological health. Worldwide, interest is growing in the idea that changes in normal gut microbiota may be responsible for triggering various conditions. At ASU, a research team is exploring using the microbiome to treat autism symptoms. Image by Shireen Dooling

Approval of the patent is also important because pharmaceutical companies can invest in conducting Phase 2 and Phase 3 clinical trials, which are required for FDA approval and release of the treatment to the public. The patent has been licensed to Finch Therapeutics, which is planning clinical trials in mid-2022.

Information on the patent, as well as a full list of collaborators, can be found on the U.S. Patent Office website (U.S. Patent number 11202808).

Caught between family life and the spreadsheet

Donna (not her real name) is the communications director for a major Valley nonprofit. Her husband is a master electrician and works outside the home.During the pandemic quarantine, Donna had her two children — a 3-month-old daughter and 4-year-old son — at home. Work continued apace, but not without its challenges.Donna was spit up on during Zoom calls (it was visible). There was a diaper blo... Caught between family life and the spreadsheet

Study examines what suffers when you work from home

Donna (not her real name) is the communications director for a major Valley nonprofit. Her husband is a master electrician and works outside the home.

During the pandemic quarantine, Donna had her two children — a 3-month-old daughter and 4-year-old son — at home. Work continued apace, but not without its challenges.

Donna was spit up on during Zoom calls (it was visible). There was a diaper blowout. She ended up getting a camera cover so she could nurse during meetings and “not have to resign my job in shame.” She turned to virtual backgrounds so people couldn’t see the destroyed house and the pillow fort behind her.

“Kids don’t really care what’s going on when they have a need,” she said. “I had to learn how to make it work.”

“Why we thought that (the study) would be important is that cognitively, the work and family tasks can be completely different,” said Marcie LePine, an associate professor in the Department of Management and Entrepreneurship and co-author of the study. “So switching between similar tasks wouldn't be that detrimental, but switching between very cognitively different tasks, we thought it would be quite detrimental for individuals. That's what we found in the study as well.”

That difficulty of switching from the spreadsheet to changing diapers and back again is called cross-domain attention residue. In the past, it's only been looked at within the work domain, according to LePine.

“What we've seen is that if you are highly engaged in that work task, we think of engagement as a good thing. But the detrimental side of that when you're switching to another task is that you continue to think about that original task because you were so engaged with that.”

Donna sometimes had to go online late at night to get work done. She isn’t sure she could have sustained the dual challenge of a young family and a fast-paced job without the support she had from her managers. “I’m fortunate we have leadership that’s very supportive of the dynamics of family and working from home,” she said.

Half of the study looked at family supportive behaviors on the supervisor side.

“These family supervisor or family supportive behaviors are really important,” LePine said. “They're essential so that individuals are able to focus better and manage those transitions between work and family.”

It’s important for supervisors to remember that employees need time for recovery. Not emailing them or asking questions during downtimes like weekends helps with regrouping.

“If I need some schedule flexibility, or maybe I just need some emotional support for what's going on with my family, I think it's going to help on that end,” LePine said.

It wasn’t all a nightmare for Donna. She witnessed a lot of her daughter’s firsts that she missed with her son because he was in day care. And her son learned how to make a sandwich.

“Now he’s in kindergarten and he makes his own lunches for school,” she said.

The study – “When Work and Family Collide: The Impact of Cross-Domain Attention Residue and the Buffering Effect of Family Supportive Supervisor Behaviors on Work-Family Conflict and Work and Family Performance During COVID-19” – was co-authored by LePine and Soohyun Yoon, a PhD student in the Department of Management and Entrepreneurship. It was published in the Academy of Management Proceedings.