In an effort to better understand how the push for clean energy and its related global demand is impacting the biodiversity of the Amazon basin, a group of multi-disciplinary researchers are conducting a collaborative project to examine tropical species interaction.

The project is funded by a $3 million National Science Foundation Rules of Life grant and includes researchers from the Hitchcock Center for Chemical Ecology at the University of Nevada, Reno, Indigenous Kichwa and Waorani families, scientists in Ecuador and Tod Swanson, associate professor of religious studies in Arizona State University’s School of Historical, Philosophical and Religious Studies. 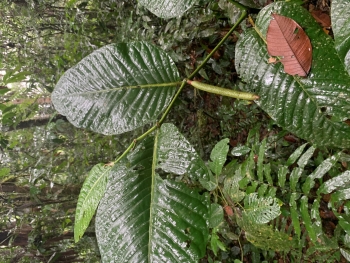 They plan to dig into the extensive traditional knowledge of the local forests that has allowed the Indigenous peoples to live there and maintain a healthy ecosystem. By studying the plant and animal life in the forests, the research team hopes to use their findings as a foundation for their project and to help inform the data they have.

One unique aspect about this project is the inclusion of members of the Amazonian Kichwa and Waorani Nations.

“In the past, conservation science has largely left this valuable perspective out,” said Lora Richards, assistant professor of biology at the University of Nevada, Reno.

As the world moves to combat climate change by moving to more clean forms of energy such as wind, solar or geothermal energy, these pushes can harm biodiversity.

A recent example of this threat comes from the large-scale harvesting of wild balsa, a common light-weight tropical tree used in the construction of wind turbines, in the Ecuador rainforest.

“There was an uncontrollable rush to extract balsa,” Swanson said. “It’s an example of boom cycles of extraction in the Amazon. We never know what the next one is going to be.”

The researchers decided to focus their attention on one plant genus for their purposes, Piper, a plant from the pepper family. They are particularly interested in the role its chemical makeup plays in the plant’s coevolution with other species.

Piper has been used by the Kichwa and Waorani for medicinal purposes, and their knowledge of use includes everything from numbing a toothache to curing tumors. 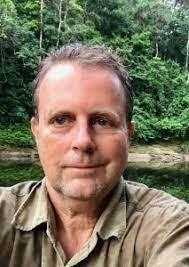 The traditional knowledge from these communities will be collected in a series of recorded interviews and will be edited into five-minute videos with subtitles in Wao Tededo, the Waorani language, English and Spanish. These will take place at the Iyarina Research Station, founded by Swanson and located in the Santu Urku Kichwa community, as well as two extension sites run by Waorani families.

“Usually, if you have a collaboration like this, the Indigenous communities are not competing on equal footing,” Swanson said. “Sometimes scientists discard the mythology and anything they think is not going to lead to a prior or something to put into data. If you do this, you write off the surprise and the opportunity to have a new thought that could lead somewhere. We plan to really listen and see where it leads us.”

Part of the funding from the grant will provide a new source of sustainable employment for the communities over the next five years. The team hopes their foundational research will bring more projects to the communities and continued employment at the three field stations. The stations are Indigenous-run, in collaboration with Swanson, with Indigenous employees and administration.

“It’s not just this group’s high academic capabilities, but their human qualities of openness and adventure and their interest in the future of the Amazon that will make this project successful,” Swanson said. “This is going to be revolutionary and eye-opening in a number of areas if we can really pause and think about the surprises.”

Sun Devil WBB puts forth solid performance; comes up short in upset bid at No. 19 Oregon

A tough fourth quarter denied the Sun Devil women's basketball team of its second Top 25 win of the season as the Sun Devils fell to No. 19 Oregon 72-58 on Tuesday. ...

Sun Devil WBB puts forth solid performance; comes up short in upset bid at No. 19 Oregon A tough fourth quarter denied the Sun Devil women's basketball team of its second Top 25 win of the season as the Sun Devils fell to No. 19 Oregon 72-58 on Tuesday.