Donald Siegel, Foundation Professor of Public Policy and Management and director of the Arizona State University School of Public Affairs, was inducted today into the newest class of American Association for the Advancement of Science Fellows.

Siegel is part of a 2021 class of AAAS Fellows that includes 564 scientists, engineers and innovators spanning 24 scientific disciplines. 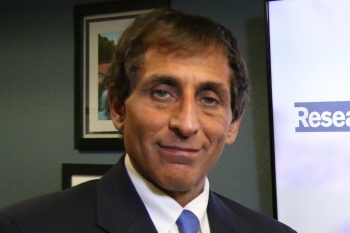 Foundation Professor and ASU School of Public Affairs Director Donald Siegel is one of the newest fellows of the American Association for the Advancement of Science. Download Full Image

AAAS, which has over 125,000 members, is the world’s largest general scientific society and is publisher of the Science family of journals. Election as an AAAS Fellow is one of the top honors in the scientific community and is a tradition that dates back to 1874. AAAS Fellows are a distinguished cadre of scientists, engineers and innovators who have been recognized by their peers for “efforts on behalf of the advancement of science, or its applications.”

Siegel is director of the School of Public Affairs, which is part of the Watts College of Public Service and Community Solutions. The school is ranked No. 13 in the country, according to U.S. News & World Report, and No. 2 in research, according to the Shanghai Academic Ranking of World Universities.

Watts College Dean Cynthia Lietz said she is pleased that Siegel is being recognized for his meaningful contributions to his field.

“This award offers further confirmation that our faculty are known for the quality and impact of their research,” Lietz said. “Don is a leader in the area of technology transfer and has served the field in a variety of administrative and editorial roles as well. This award is without a doubt well-deserved.”

Siegel said he is honored to be included among this distinguished group of scholars for his research and public policy work on technology transfer.

“Improving our understanding of the managerial and public policy implications of technology transfer from universities and government labs to firms is critical, since this activity can generate substantial benefits for research institutions, companies, regional and national economies and society,” Siegel said.

“This announcement is also quite timely, since we recently launched our new Global Center for Technology Transfer at ASU, where I will serve as co-executive director with Professor David Waldman of the W. P. Carey School of Business. (The center) will link the Watts College, W. P. Carey School of Business, the Thunderbird School of Global Management and The College of Liberal Arts and Sciences to address the full range of managerial and public policy issues in technology transfer and entrepreneurship,” Siegel said. “Societal benefits of technology transfer and academic entrepreneurship include lives saved and improved health outcomes, a higher standard of living, a cleaner environment and major innovations that create new industries, firms and jobs.”

Siegel noted that all three major COVID-19 vaccines and the new COVID-19 antiviral pills were the result of effective academic-business-government partnerships in technology transfer and academic entrepreneurship.

From 2008 to 2016, Siegel served as dean of the School of Business at the University at Albany, SUNY, before joining ASU as the School of Public Affairs director in 2017. He received his bachelor’s degree in economics and his master’s and doctoral degrees in business economics from Columbia University. He then served as a Sloan Foundation post-doctoral fellow at the National Bureau of Economic Research. Siegel has also taught at SUNY-Stony Brook, the University of Nottingham, RPI, where he was chair of the economics department, and the University of California, Riverside, where he served as associate dean for graduate studies.

In addition to AAAS, Siegel is an elected fellow of the Academy of Management (AOM) and in 2020 was elected dean of the AOM Fellows. He has published 134 journal articles and 12 books. His most recent books are the "Oxford Handbook of Corporate Social Responsibility: Psychological and Organizational Perspectives" and the "Chicago Handbook of University Technology Transfer and Academic Entrepreneurship" (University of Chicago Press).

Siegel has also served as an editor of the Journal of Technology Transfer, the Journal of Management Studies and the Academy of Management Perspectives, and has edited 51 special issues of leading journals in management and economics on technology transfer, entrepreneurship and corporate social responsibility. His citation count, according to Google Scholar, is 65,771 (an h-indexThe h-index is an author-level metric that measures both the productivity and citation impact of a scholar's publications. of 101). According to a recent study by a Stanford University professor, he was ranked No. 79 in the world in business and management (out of 44,495 academics).

Siegel’s public policy work on technology transfer includes recently serving as co-chair of a National Academies of Science, Engineering and Medicine (NASEM) Committee on Advancing Commercialization from the Federal Laboratories, chairing a NASEM Committee on Best Practice in National Innovation Programs for Flexible Electronics, serving on a NASEM committee evaluating the Small Business Innovation Research Program and serving on the board of directors of the Research Foundation of the State University of New York.

The American Association for the Advancement of Science (AAAS), the world’s largest general scientific society and publisher of the Science family of journals, has elected Joan Silk from Arizona State University to the newest class of AAAS Fellows, among the most distinguished honors within the scientific community.The 2021 class of AAAS Fellows includes 564 scientists, engineers and innovato...

The American Association for the Advancement of Science (AAAS), the world’s largest general scientific society and publisher of the Science family of journals, has elected Joan Silk from Arizona State University to the newest class of AAAS Fellows, among the most distinguished honors within the scientific community. 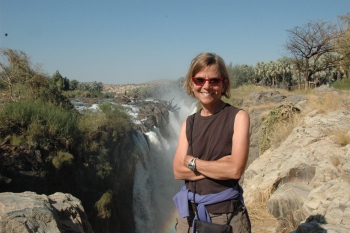 Silk, an ASU Regents Professor in the School of Human Evolution and Social Change and a research scientist with the Institute of Human Origins, is being honored for contributions to the field of primate social evolution, particularly using quantitative approaches to evaluate the adaptive value of social bonds for female primates.

Silk joined ASU in 2012 and, along with professors Robert Boyd and Kim Hill, founded the Adaptation, Behavior, Culture and Society research group at ASU.

Professor Silk is an internationally recognized leader in the study of primate and human behavioral evolution. Most of Silk’s research has focused on the relationships female baboons have with other females. Her findings show that those relationships are usually formed between relatives — often mothers and daughters — and that they serve an evolutionary purpose; baboons live stressful, unpredictable lives in which they are almost always on the lookout for predators, and even attacks from individuals in their own groups. But when females are able to form strong social bonds with one another, it reduces stress and positively impacts lifetime fitness and the number of surviving offspring they have.

Though Silk has spent time in the field, her work in the lab and as an educator has been especially fulfilling. Along with coauthor Boyd, Silk has published “How Humans Evolved,” now in its ninth edition. She loves to see her students get excited about evolution, even, and perhaps especially, when it is not their chosen field of study.

“My job is to surprise students with how interesting all of this is. Understanding the way evolution shapes behavior in nature is just intrinsically interesting. It’s like understanding how gravity works — it’s just basic, fundamental knowledge that helps you understand the world better,” Silk said.

Silk is a fellow of the American Academy of Arts and Sciences, the Animal Behavior Society and the American Anthropological Association.