The American Association for the Advancement of Science (AAAS), the world’s largest general scientific society and publisher of the Science family of journals, has elected Joan Silk from Arizona State University to the newest class of AAAS Fellows, among the most distinguished honors within the scientific community. Silk, an ASU Regents Professor in the School of Human Evolution and Social Change and a research scientist with the Institute of Human Origins, is being honored for contributions to the field of primate social evolution, particularly using quantitative approaches to evaluate the adaptive value of social bonds for female primates.

Silk joined ASU in 2012 and, along with professors Robert Boyd and Kim Hill, founded the Adaptation, Behavior, Culture and Society research group at ASU.

Professor Silk is an internationally recognized leader in the study of primate and human behavioral evolution. Most of Silk’s research has focused on the relationships female baboons have with other females. Her findings show that those relationships are usually formed between relatives — often mothers and daughters — and that they serve an evolutionary purpose; baboons live stressful, unpredictable lives in which they are almost always on the lookout for predators, and even attacks from individuals in their own groups. But when females are able to form strong social bonds with one another, it reduces stress and positively impacts lifetime fitness and the number of surviving offspring they have.

Though Silk has spent time in the field, her work in the lab and as an educator has been especially fulfilling. Along with coauthor Boyd, Silk has published “How Humans Evolved,” now in its ninth edition. She loves to see her students get excited about evolution, even, and perhaps especially, when it is not their chosen field of study.

“My job is to surprise students with how interesting all of this is. Understanding the way evolution shapes behavior in nature is just intrinsically interesting. It’s like understanding how gravity works — it’s just basic, fundamental knowledge that helps you understand the world better,” Silk said.

Silk is a fellow of the American Academy of Arts and Sciences, the Animal Behavior Society and the American Anthropological Association.

Do humans form closer relationships as we age, understanding the inevitably of our own mortality? Socioemotional selectivity theory (SST) tries to explain this behavior in experimental findings from examples in mostly Western societies.Writing in the journal Science this week, ASU Regents Professor Joan Silk brings her years of research on social behavior in primates to bear in "The upside of a...

Do humans form closer relationships as we age, understanding the inevitably of our own mortality? Socioemotional selectivity theory (SST) tries to explain this behavior in experimental findings from examples in mostly Western societies.

Writing in the journal Science this week, ASU Regents Professor Joan Silk brings her years of research on social behavior in primates to bear in "The upside of aging," a commentary on a paper by Rosati et al. The paper is testing if this pattern of forming close friendships as aging occurs extends to other primates who do not understand the concept of time or have the capacity to anticipate future events. The research examined age-related changes in relationship quality among male chimpanzees. 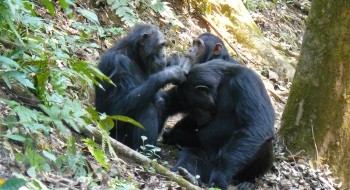 Silk’s most recent research has been in examining how female baboons form close relationships, and she has observed both baboons and chimpanzees in the wild. Silk is a research affiliate with the Institute of Human Origins and a professor with the School of Human Evolution and Social Change.

Because males remain in the communities in which they are born, long-term observations can be made of chimpanzees in these communities across their long lives together. 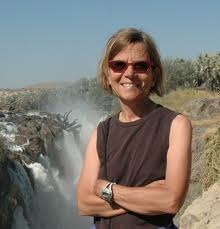 Silk notes that the paper provides convincing evidence that male chimpanzees behave much like humans do as we age, and this pattern might exist in other primates as well.

Thus, she writes, “the patterns that SST was created to explain appear to generalize beyond our own species and might not depend on having a well-developed concept of time or conscious awareness of mortality.”

As rates of aggression decline with age, there are shifts in the males’ emotional reactivity. Essentially, the male chimpanzees mellow out, so their behavior doesn’t have to focus on dominance behaviors of earlier periods.

In the final analysis, Silk writes, “An evolutionary perspective can provide valuable insights into how natural selection shapes human social behavioral strategies as we grow old.”