Relationship between contributor and publication to grow audiences, readership

Under the exchange agreement, Zócalo, working with Times opinion editors, will produce op-ed content the Times will distribute as exclusive first publications in print, online and additional formats.

“This new partnership between the Zócalo Public Square and Los Angeles Times is designed to connect our audiences with original and illuminating ideas and journalism," said Mi-Ai Parrish, managing director of Media Enterprise at Arizona State University. "We are looking forward to working together.”

Terry Tang, acting editor of the Los Angeles Times editorial page, said: “I’m thrilled that we can work with Zócalo’s editors to present urgent and provocative essays to our readership.”

Zócalo and the Times’ opinion section already partnered on an op-ed on the future of agriculture in California, which appeared in the Jan. 9 edition of the Los Angeles Times, the largest U.S. newspaper headquartered on the West Coast. The article was written by Stephanie Pincetl, a professor of environmental and sustainability studies at UCLA.

“Working collaboratively with our hometown newspaper serves to elevate both Zócalo and the LA Times and to connect more people to more ideas and each other,” said Moira Shourie, executive director of Zócalo Public Square.

In addition to the Los Angeles Times, the contributor agreement allows for Zócalo content to be translated into Spanish for publication via Los Angeles Times en Español, syndicated through the Tribune News Service, and shared on social media and affiliated digital, audio and video platforms. 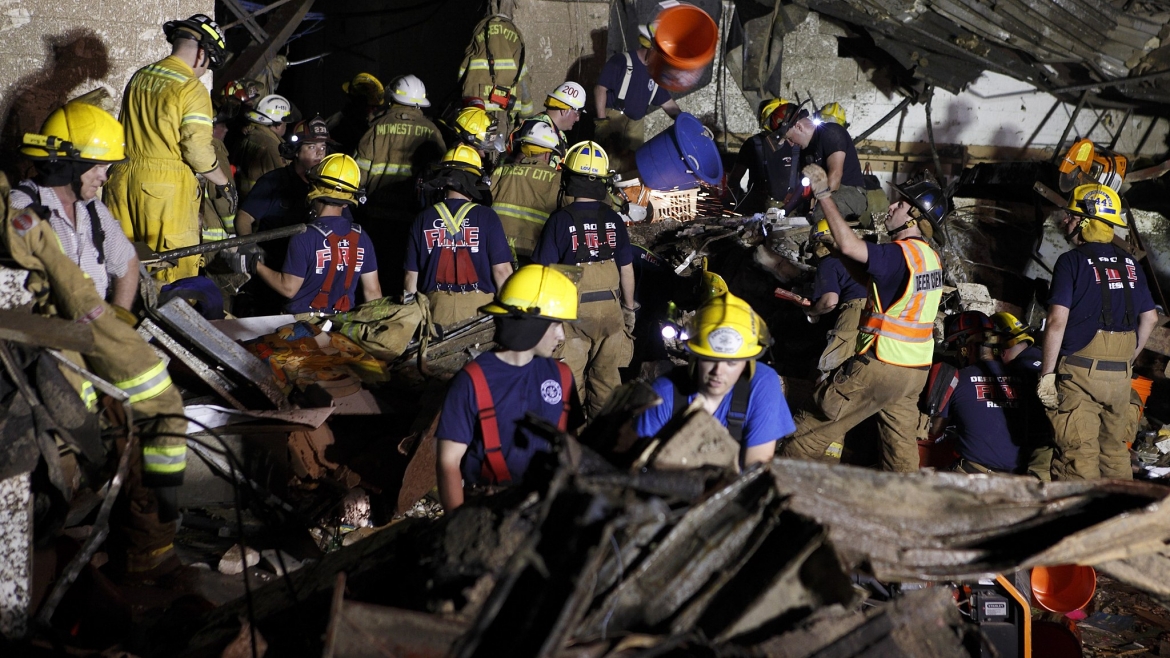 First responders carefully and methodically searched through twisted piles of rubble. The first 24 hours after a disaster are called the “golden hours,” where injured or trapped victims have an 80% chance of survival if rescued. But there can be many victims over large areas and a limited number of searchers who are specially trained and equipped.

What if the process could be streamlined and sped up?

Zhiang Cheng, an exploration systems design PhD candidate in the School of Earth and Space Exploration, has come up with a system using artificial intelligence and drones to swiftly assess, map and direct searchers to areas most likely to have trapped victims.

“We use drones to map the area after the tornado,” Cheng said. “And then we use AI to estimate tornado damages. From that, we can build a tornado damage heat map. And from the heat map information, we know which areas have higher damage levels and which areas have lower damage. And then we can use this such information to guide search and rescue.”

Cheng estimates after receiving the drone images from people on site, the map can be built in a few hours.

The next step in his work?

“We are thinking of building a decision support system for this work,” he said.

“If we can combine all this stuff and build a decision support system — like people can click on their phone, or they have their drone images, they can upload their images to our server. Then it will give them a heat map on their phone or on their laptop. And then from that, we can do some analysis, the likelihood of the damage and then also tell them the damage levels.”