Kimberly Scott has been named to a new role focused on increasing diversity, equity and inclusion opportunities in philanthropy, and expanding faculty involvement in philanthropy.

The founding executive director of Arizona State University’s Center for Gender Equity in Science and Technology and a professor in the School of Social Transformation, Scott was named the inaugural senior fellow at the ASU Foundation for A New American University. 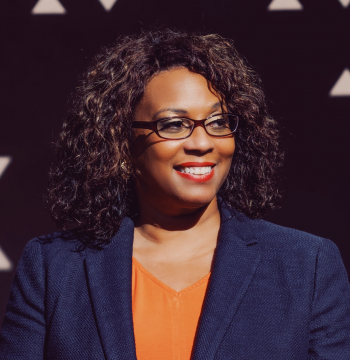 “I’m honored to assume this inaugural position. Not only do I want to learn more about philanthropy, but I want to be more participatory after being a recipient,” Scott said. “Let me carry forward what I know as a grantee, as a tiny grantor, as faculty and as a program manager. Being in this role is a beautiful launching pad toward that goal.”

The ASU Foundation is the nonprofit fundraising arm of Arizona State University that raises and invests private contributions for ASU programs, students and faculty. It continually works to strengthen ties with the donor community.

Scott has not only received external funding for her work, but also researched funding patterns from government agencies and private foundations.

“I’ve learned a lot about how to get funding and how to sustain it, how to develop relationships with program officers, manage teams, implement and research programs in a way that is valued by the university,” she said.

Scott’s priorities during the fellowship are to conduct a landscape analysis of the ASU Foundation, to make sure her fellowship work during 2022 is sustainable for other faculty and to bring an equity framework to everything the foundation does.

“If we look at who gives money, African American women do give money, maybe not at the large amounts recognized, but we do give regularly,” Scott said. “How do we capitalize on groups that have a history of giving? I’m really excited that the foundation is not just tethered to dollars. I’m excited to see what is potentially viable.”

Additionally, Scott wants to see additional people of color in foundation leadership positions. According to data from the Council on Foundations, 10.3% of chief executive officers and chief giving officers were people of color.

“My moonshot is to develop a national fellowship program for faculty,” Scott said. “I want to meet with leaders of color and other marginalized communities to see what it should look like and ask, ‘What do you wish you had known?’”

Scott said this fellowship is the first step in achieving that goal.

The American Academy of Social Work and Social Welfare‘s selection of a professor as one of its fellows represents a major distinction for that professor’s institution.This year, Arizona State University will have seven, all active members of the School of Social Work faculty.The sixth, Professor Jill Messing, will be inducted at a Jan. 19 virtual ceremony. Renee Cunningham-Williams will be A...

No. 6, Jill Messing, to be inducted Jan. 19 while current fellow Renee Cunningham-Williams will be No. 7 upon arrival at ASU in August

The American Academy of Social Work and Social Welfare‘s selection of a professor as one of its fellows represents a major distinction for that professor’s institution.

This year, Arizona State University will have seven, all active members of the School of Social Work faculty. 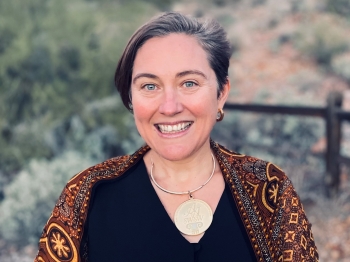 The sixth, Professor Jill Messing, will be inducted at a Jan. 19 virtual ceremony. Renee Cunningham-Williams will be ASU’s seventh AASWSW Fellow when she joins the School of Social Work faculty in August from another university, where she was serving when she became a fellow in 2021.

Being named a fellow is not something one applies for, but must be nominated for by a current academy member, Lightfoot said.

An extensive vetting process follows, and nominees are never told they were considered unless they are inducted, added Lightfoot, who was inducted in 2020 while teaching at the University of Minnesota. She became ASU’s School of Social Work director in July 2021.

Since 2009, the academy has inducted more than 140 fellows, described as “prominent scholars, top researchers and practitioners, with unparalleled insight and professional experience. Academy research makes exceptional contributions in our field and beyond.”

Messing, who is director of ASU’s Office of Gender-Based Violence, has been a member of the School Social Work faculty since 2008. She earned a PhD in social welfare and a master's degree in social work from the University of California, Berkeley.

Messing said she’s honored to join many accomplished scholars from across the discipline of social work.

“Social work is an exciting field with tremendous potential to change the world. Being inducted into the academy shows that the work that I’m doing is making a difference,” she said.

Lightfoot praised Messing’s induction as testimony to her impressive body of work and its impact on the social work field.

“Professor Messing is most deserving of this rare and special distinction,” Lightfoot said. “Induction in the AASWSW clearly demonstrates how her vital research regarding gender-based violence continues to bring honor to both her own highly accomplished career and to our school and university. I know our colleagues join me in extending to her heartiest congratulations.”

Messing said her selection tells her that, with the help of many others, she is accomplishing something in domestic violence research.

“Being recognized by my colleagues in this way is an honor. It affirms that I am making a difference in the social work profession and contributing to change in our society,” Messing said. “I haven’t done this work alone. I had great mentors, colleagues and students; I am deeply grateful to them and to the women who have shared their stories of trauma and strength to contribute to my research. They have each helped move the field forward and contribute to domestic violence prevention and intervention.” 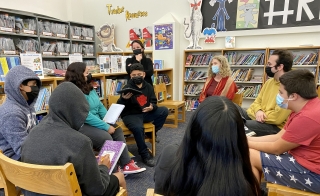