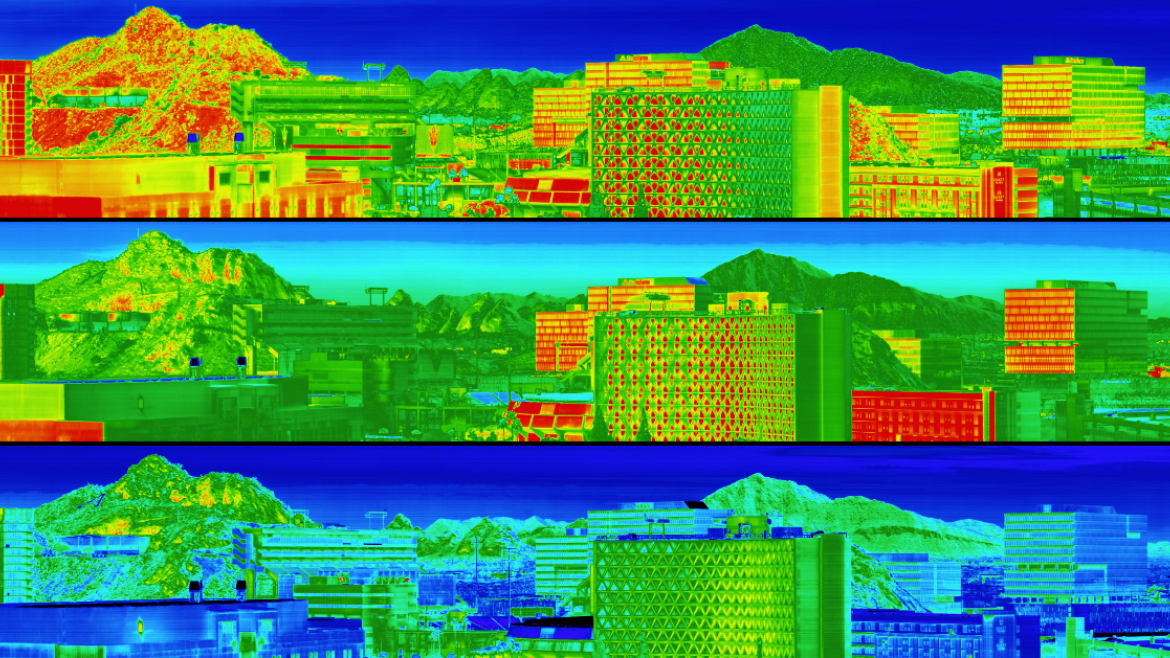 The imaging system was built for NASA's Europa Clipper mission

Europa Clipper, a NASA mission to investigate Jupiter's moon Europa, is planned to launch in October 2024 and arrive at Jupiter in 2030. It will study this icy moon through a series of flybys while in orbit around Jupiter to investigate whether it could harbor conditions suitable for life.

E-THEMIS, which is led by Regents Professor Philip Christensen of Arizona State University’s School of Earth and Space Exploration, is an infrared camera designed to map Europa’s temperatures for the mission. These infrared images will help scientists seek clues about Europa’s activity, including regions where Europa’s suspected ocean may be near the surface.

“The surface of Europa is extremely cold, but the ocean underneath is warm, liquid water. If that water is coming near the surface through cracks and vents, E-THEMIS will see these warm regions and tell us where ocean water is closest to the surface,” Christensen said. “Even if water erupted onto the surface many years ago, the ice will still be warm. From these temperature images, E-THEMIS will provide an excellent opportunity to study the geologic activity of Europa.”

The “first light” E-THEMIS camera test images were taken from the rooftop of the Interdisciplinary Science and Technology Building 4 (ISTB4) on the ASU Tempe campus using a specially designed mobile cleanroom laboratory, which kept the camera safe from dust, microbes and aerosol particles.

“Our team spent months developing a portable clean lab to safely transport E-THEMIS to the roof of the building and collect data in a controlled environment,” Christensen said. 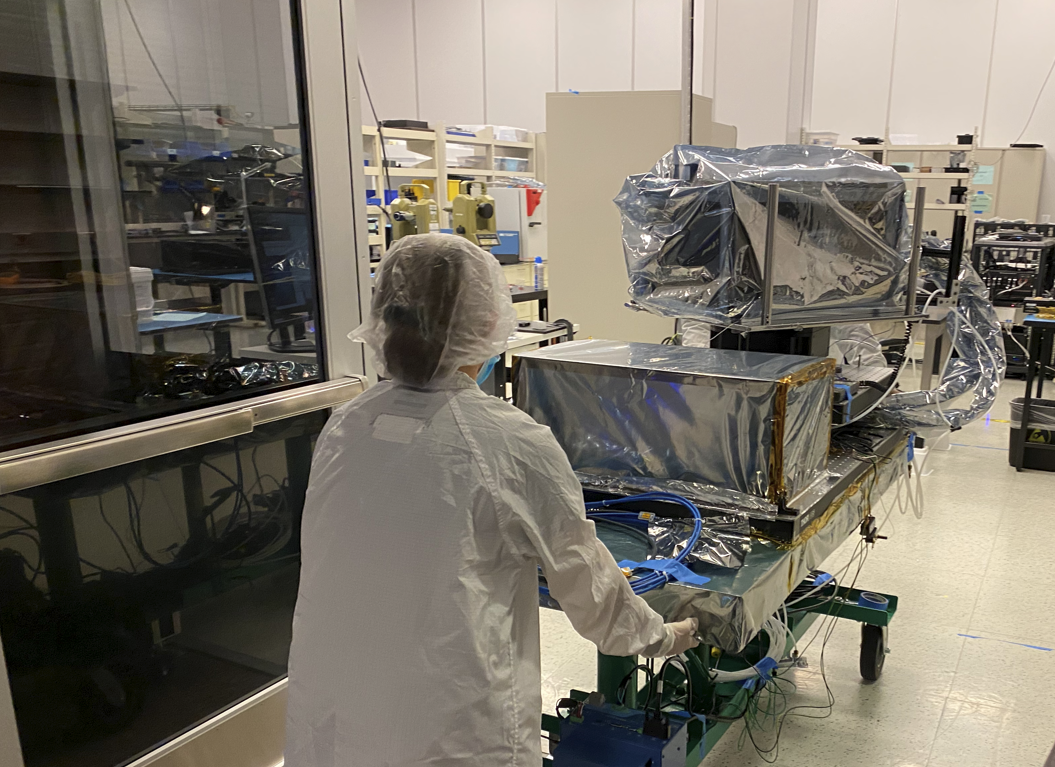 The E-THEMIS instrument in its protective enclosure leaving the cleanroom for transport to the rooftop lab in ISTB4 on the ASU Tempe campus. 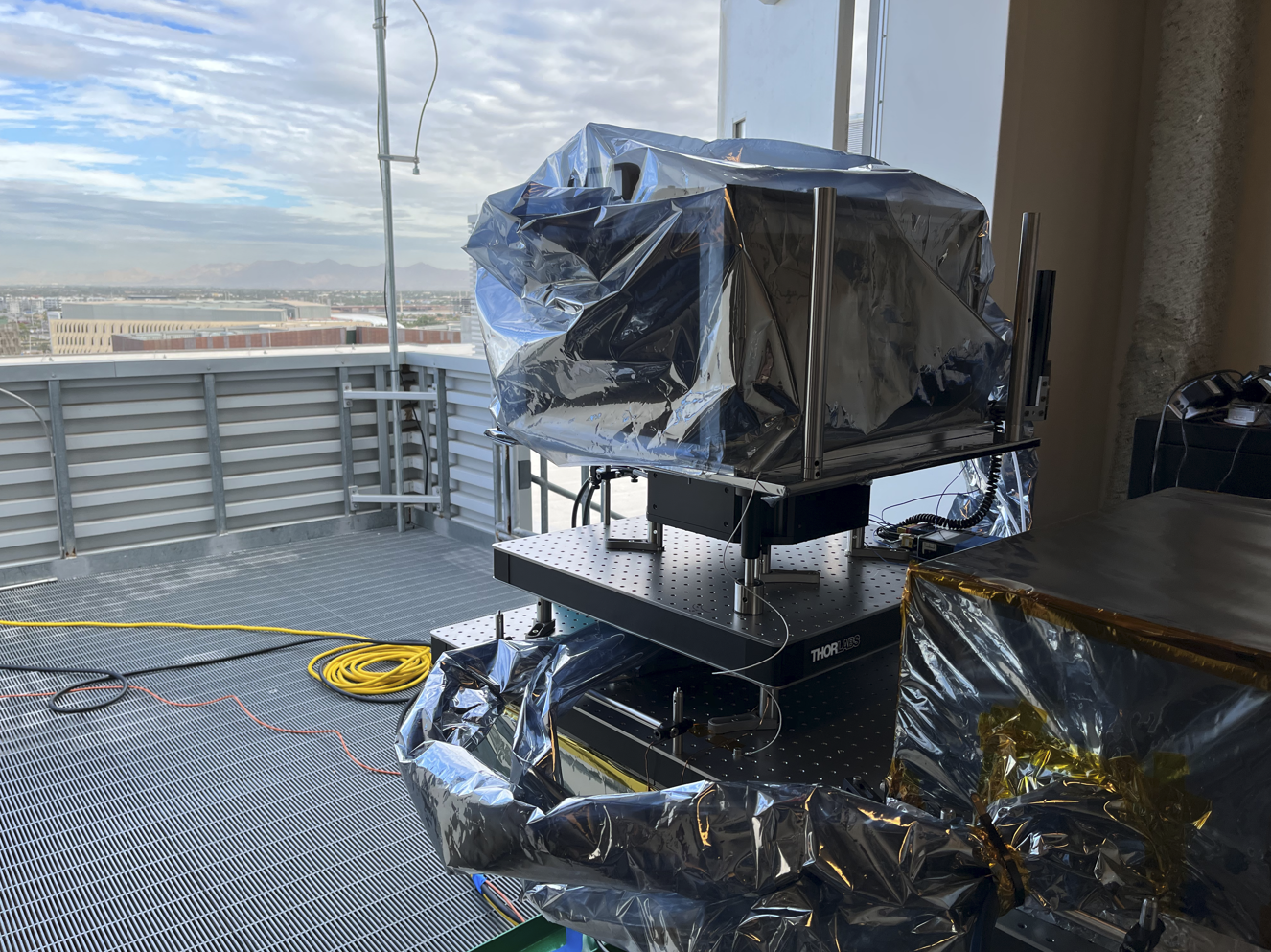 The E-THEMIS instrument, in its protective enclosure, viewing the ASU Tempe campus during mid-afternoon testing from the rooftop lab of ISTB4.

One of the most spectacular test images produced from E-THEMIS is a temperature image taken looking north from ISTB4. In stunning detail, the image clearly shows ASU’s Sun Devil Stadium and “A” Mountain, among other recognizable ASU landmarks. It is even possible to read details inside the stadium from the E-THEMIS instrument, based on temperature differences sensed from about 1.1 km (0.7 miles) away.

“The instrument worked beautifully and is in excellent focus,” Christensen said.

While the temperatures are approximations during this testing phase, the progression of cooler colors (purples and blues) from afternoon to evening in the three images, acquired at 12:40 p.m., 4:40 p.m. and 6:20 p.m., after sunset, illustrate how the infrared camera detected surface temperatures transitioning from warmer in the afternoon to cooler after sunset.

E-THEMIS temperature color image from the “first light” test, taken from the rooftop of ISTB4 on the ASU Tempe campus. The top image was acquired at 12:40 p.m., the middle at 4:40 p.m. and the bottom image at 6:20 p.m. (after sunset). Temperatures are approximations during this testing phase. Image credit: NASA/JPL-Caltech/ASU

With this successful “first light” testing of E-THEMIS, the next step for the team is to begin the environmental testing to ensure that E-THEMIS will survive launch and operate as intended in space.

“Launch is one of the most stressful periods for any spacecraft or instrument, and we want to make sure E-THEMIS will survive, so we will put it through a rigorous set of vibration tests to simulate the launch conditions,” Christensen said. “We will also test it in a vacuum chamber to make sure it will work properly in the vacuum of space.”

In the coming months, they will continue their testing of this instrument before it leaves ASU and is shipped to NASA’s Jet Propulsion Laboratory for integration into the Europa Clipper spacecraft.

More about the mission

Missions such as Europa Clipper contribute to the field of astrobiology, the interdisciplinary research on the variables and conditions of distant worlds that could harbor life as we know it. While Europa Clipper is not a life-detection mission, it will conduct detailed reconnaissance of Europa and investigate whether the icy moon, with its subsurface ocean, has the capability to support life. Understanding Europa’s habitability will help scientists better understand how life developed on Earth and the potential for finding life beyond our planet.

More information about Europa can be found at europa.nasa.gov.

The Arizona State men's basketball game vs. Utah scheduled for Thursday (Jan. 13) in Tempe has been postponed due to health and safety protocols within the Sun Devil program. ... The Arizona State men's basketball game vs. Utah scheduled for Thursday (Jan. 13) in Tempe has been postponed due to health and safety protocols within the Sun Devil program.