Phoenix chef Silvana Salcido Esparza, a woman who represents her heritage and community through both her food and activism, has been selected as the 2022 ASU Dr. Martin Luther King Jr. Servant-Leadership awardee, as a part of ASU’s annual MLK Jr. celebration.

Encouraging the continuation of King’s legacy, each year, ASU’s MLK Jr. committee selects a servant leader who has made a meaningful difference in their community and in the lives of people around them. 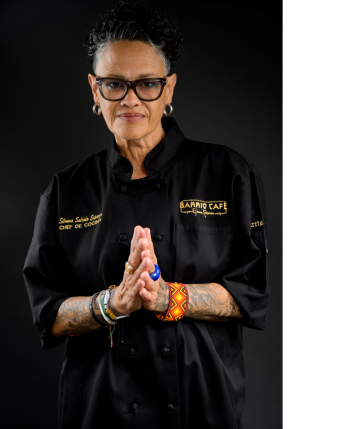 Esparza will be honored at ASU’S MLK Jr. celebration on Jan. 20.

“Just the namesake of the award sets the bar so high that one could only dream of achieving anything as close to what Dr. King himself achieved,” Esparza said. “I take great pride in knowing that my actions, although they were never with an intent to be recognized, are being recognized.”

With this year’s theme being “inclusion starts with us,” Esparaza fights for those who feel marginalized.

“I am one of those marginalized people,” Esparza said. “I grew up with a learning disability, so right away, I was the ‘dumb one’ in my family and I was told so. Then I'm gay, and I was a Jehovah's Witness, so religion told me that I was different. Society told me that I was different and weird. But don’t let negativity paralyze you; look at the positive and grow from it.”

Born into a long line of cooks and bakers, Esparza learned to cook from her grandmother and working alongside her parents in their family bakeries in California.

“Cooking is in my bloodline,” Esparza said. “My parents came to this country with a sixth- and third-grade education, not knowing English. That didn't stop them from opening businesses and totally achieving success.”

In 2002, Esparza opened Barrio Café, a restaurant known for its award-winning authentic Mexican cuisine. Barrio Café is not only a Phoenix staple, but a place for Esparza to share her culture and heritage with the community.

“I saw an opportunity to elevate popular perceptions of Mexican culture through my food,” Esparza said. “For eight years at the Barrio Café, I was able to change perception merely with my cooking.”

But, as an outspoken civil-rights advocate and someone who wishes to see her community flourish, Esparza’s work began to extend beyond the kitchen.

In 2010, in response to SB1070, Arizona’s broadest and the strictest anti-illegal immigration measure passed in the United States, Esparza founded "Calle 16: A Mural Project."

Calle 16 is an organization of both artists and concerned citizens coming together to liven the city of Phoenix and celebrate Mexican culture through the power of art.

“That law pretty much changed everything for everybody, and I definitely was not going to sit idle for it,” Esparza said. “It was the tip of the iceberg for me to everything that I had seen.”

Through murals and art galleries, Calle 16 depicts both Mexican pride and what life is like for many Mexicans living in the United States. 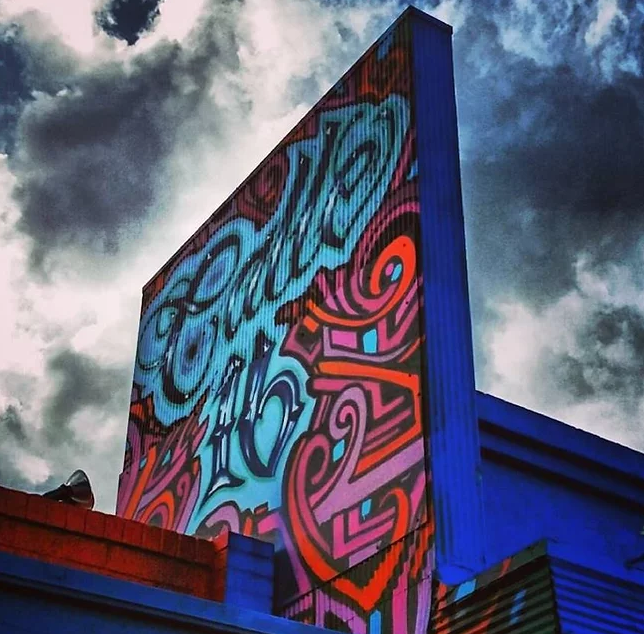 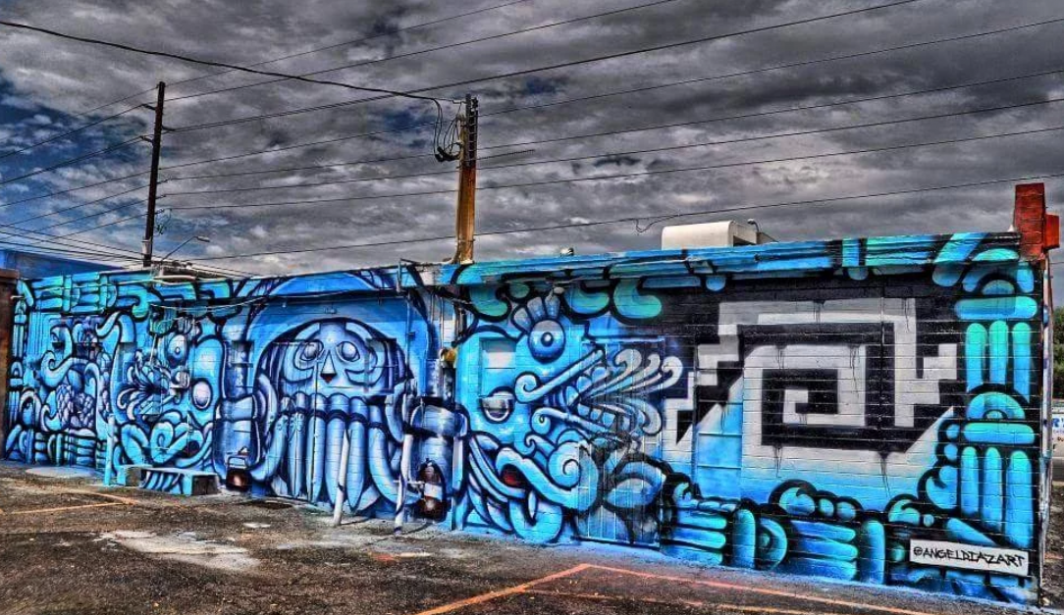 A mural by Angel Diaz, part of the Calle 16 Mural Project. Mural at the Hive Art Space, part of the Calle 16 Mural Project. 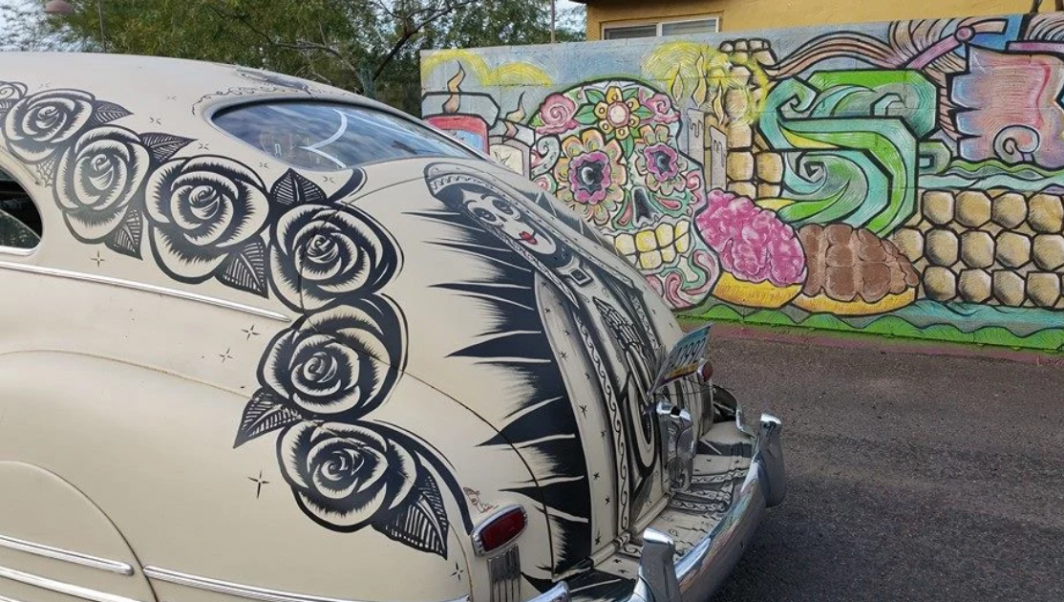 Art by Lalo Cota, part of the Calle 16 Mural Project. 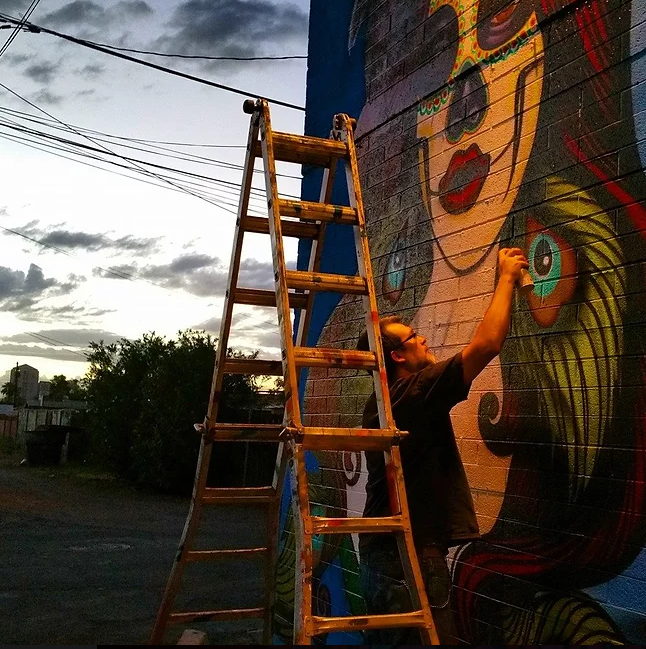 Since founding Calle 16, Esparza’s activism and acts of service have only continued to expand.

“Since then, I haven’t stopped. My activism grows, but I am not actively active; I participate when needed,” Esparza said.

For example, during the height of the pandemic, Esparza placed her own struggles and worries on the backburner and, with no hesitation, helped feed and cook for health care workers and those in need.

“We're talking about humanity,” Esparza said. “You know when you're in a car accident, you go, 'I'm OK. You OK? Everybody OK? Let's see who else is hurt and let’s go take care of them.' And this is exactly what happened here.”

Esparza doesn’t expect to be praised of honored for her service. She says she simply stays true to her beliefs and stands up for what’s right, which is something she learned from her family and those around her.

“I was taught to be of service from my father, who was a preacher. He would go out to the farming communities and preach to them and then go back out to these communities and barter, sell bread out of his van. That taught me to have an appreciation for those who work hard labor.

"I lived in San Joaquin Valley for years and years as an adult, and as a child, I watched people bent over picking tomatoes, cotton and even weeds, toiling in that soil. That is something that should earn you respect and not hatred. That is something that should be honored. Looking at those fields, traveling all those country roads, that's what makes me who I am today; it’s my respect and my love for those folks, and it starts there and it doesn't end there. It continues to every aspect of what I know to be in my bloodline, and that's feeding people.”

From sharing her culture through her food to giving a voice to the voiceless through art and philanthropy, Esparza is the definition of a servant leader.

Esparza will be honored alongside student-servant awardees Roicia Banks and Ivan Quintana, and faculty and staff awardees Neal Lester and Marcelino Quiñonez.

Sun Devil WBB will not be playing Washington on Friday

Sun Devil Athletics and the Pac-12 Conference are actively working to preserve the game date and time with an alternate opponent. ...

Sun Devil WBB will not be playing Washington on Friday Sun Devil Athletics and the Pac-12 Conference are actively working to preserve the game date and time with an alternate opponent.