Arizona State University alumna Azalea Thomson grew up in Portland, Oregon, and started dancing at a very young age. She was considering becoming a professional ballerina, but in her junior and senior years of high school, she began thinking about college.

After touring ASU’s Tempe campus, Thomson was impressed by the opportunities Barrett, The Honors College offered and the research facilities on campus. 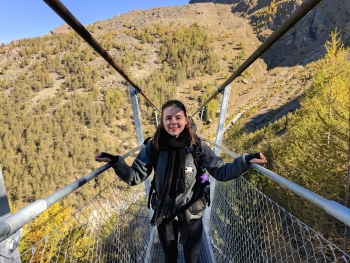 In her second semester of her first year at ASU, Thomson took an intro to global health course from the School of Human Evolution and Social Change. She continued with a global health policy class from Professor Monica Gaughan. It was Gaughan’s course that inspired Thomson to refocus her studies from pre-med to global health. She received her bachelor’s degree in global health in 2018.

“I just started taking some classes in the global health program and felt like it was more up my alley. It felt like a way to engage in a lot of the issues of health inequity,” Thomson said.

The ASU alumna is currently a post-bachelor fellow at the Institute for Health Metrics and Evaluation. She is part of the neonatal and child health team, where she models congenital birth defects and hemoglobinopathies.

“I work on the Global Burden of Disease project, which uses disease modeling to estimate the extent to which certain diseases and risks are causing death and loss of health,” she said. “These estimates are location-, time-, age- and sex-specific to make that information most useful for policymakers and researchers.”

Thomson uses the skills she learned in Professor Daniel Hruschka’s Laboratory of Culture Change and Behavior. While working in the lab, Thomson learned how to use the Demographic Health Survey (DHS) for research.

Thomson also participated in the School of Human Evolution and Social Change study abroad program in Switzerland. She lived with a host family for a semester, took global health courses with other university students and met people in several global health positions.

During the study abroad program, Thomson worked on a research project that became the foundation for her thesis. She also attended briefings and informational interviews in Geneva, meeting employees with the World Health Organization, Doctors Without Borders and the International Committee of the Red Cross.

Thomson said she believes the work she does is key in helping change perspectives and bringing attention to under-recognized diseases like sickle cell disease.

“Sickle cell disease is the most common inherited disease, but it receives a lot less funding than cystic fibrosis, for example,” she said. “Sickle cell disease has been historically under-recognized because of systemic racism; I think it is important to call out these issues, and it is something that my global health education really instilled in me."

When this former Sun Devil is not working on global health issues, she enjoys living in Seattle, where she bikes, hikes, makes pottery — and still enjoys going to the ballet.

Throughout 2021, problem-solvers, storytellers and dog lovers made headlines at The College of Liberal Arts and Sciences at Arizona State University. From solutions for dog anxiety and new research rankings to a 2021 Pulitzer Prize winner — students, faculty and Sun Devils in the community showed determination, innovation and hope.MORE: 2021 top stories from around the universityAs we enter 20... 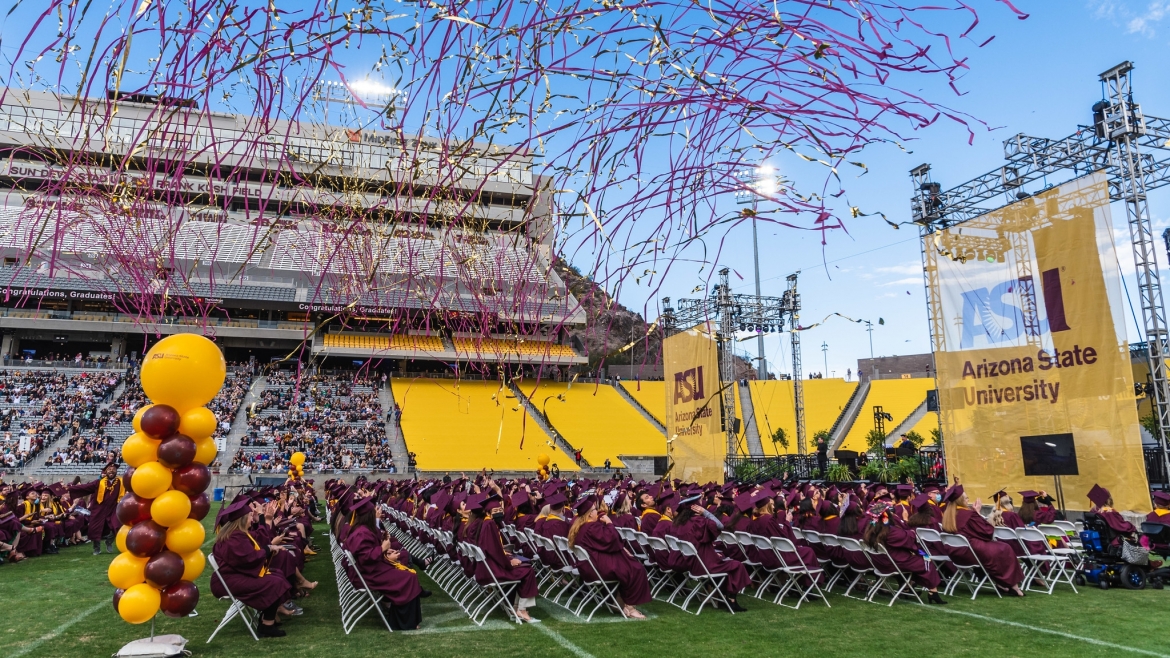 Throughout 2021, problem-solvers, storytellers and dog lovers made headlines at The College of Liberal Arts and Sciences at Arizona State University.

From solutions for dog anxiety and new research rankings to a 2021 Pulitzer Prize winner — students, faculty and Sun Devils in the community showed determination, innovation and hope.

MORE: 2021 top stories from around the university

As we enter 2022, The College community will continue to thrive as the core of success and discovery and the academic heart of ASU.

Count down The College’s top 10 stories to ring in the New Year:

No. 10: Easing your pup into post-pandemic life

With many businesses asking employees to return to the office in 2021, some dog owners were concerned about the impact that change would have on their furry friends.

Clive Wynne, Lisa Gunter and Rachel Gilchrist of the Department of Psychology’s Canine Science Collaboratory shared insights and pointers for easing pups into the transition, including identifying signs of anxiety and gradually introducing changes.

No. 9: From ASU Online to medical school

Desiree’ Brionne Dillard and David Reed were the first ASU Online graduates to get into medical school.

Dillard earned a degree in biological sciences from the School of Life Sciences and was accepted into the Mayo Clinic Alix School of Medicine in Scottsdale, Arizona.

Reed, who majored in biochemistry from the School of Molecular Sciences, was accepted into the Joan C. Edwards School of Medicine at Marshall University in West Virginia.

No. 8: Forks up for Tokyo Olympic games

Twenty Sun Devil athletes competed in the 2020 Tokyo Olympics, which were delayed until 2021 due to the pandemic. These athletes included several alumni of The College:

The Canine Science Collaboratory made headlines again in August 2021.

This time, Wynne, the collaboratory’s director, busted a common myth about dominance in dogs.

Wynne’s research, published in Frontiers in Psychology, found that dogs do experience dominance, but how it plays out among themselves is very different from how it plays out when they live with humans.

He concluded that humans occupy a position of “super dominance” over dogs.

This hiring initiative was led by Ayanna Thompson, director of the Arizona Center for Medieval and Renaissance Studies, in an effort to elevate scholars of color working on issues of race in premodern studies.

No. 5: That sinking feeling

In May 2021, news came out that Mexico City was sinking as much as a foot and a half annually, making it the fastest sinking city in the world.

Grace Carlson, an ASU postgraduate researcher who earned her master’s degree in geoscience at the School of Earth and Space Exploration, explained this sinking phenomenon, called subsidence, caused by groundwater pumping.

There are three subsidence areas in metro Phoenix, one called the West Valley Feature around Luke Air Force Base, one in the northeast Phoenix-Scottsdale area and one in the East Valley near the east Mesa and Apache Junction border with U.S. 60.

In 2021 they received $12.5 million from Silicon Valley investors. Their plans with the funding? Keep building the best possible parking operator in the world.

No. 3: ASU climbs to sixth in national research rankings

ASU moved up to sixth out of 759 universities in the nation for total research expenditures among universities without a medical school in the National Science Foundation’s Higher Education Research and Development report.

In the report, ASU was ranked No. 1 for geological and Earth sciences, No. 1 for anthropology, No. 4 for social sciences and No. 11 for psychology.

The School of Earth and Space Exploration, the School of Human Evolution and Social Change, The College’s division of social sciences and the Department of Psychology fueled these rankings with innovative and socially embedded research.

Natalie Diaz , associate professor in the Department of English and director of the Center for Imagination in the Borderlands, was awarded the 2021 Pulitzer Prize in Poetry for her collection “Postcolonial Love Poem,” which has been described as “an anthem of desire against erasure.”

Diaz joined seven other Pulitzer Prize winners among ASU’s faculty. She is the second to receive the award while being a faculty member at ASU; the first was former U.S. poet laureate Rita Dove, who won in 1987, also for poetry.

​​In 2017, the first interstellar object from beyond our solar system was discovered via the Pan-STARRS astronomical observatory in Hawaii. It was named ‘Oumuamua, meaning "scout" or "messenger" in Hawaiian. The object was like a comet, but with features that were just odd enough to defy classification.

In 2021, ASU astrophysicists Steven Desch and Alan Jackson of the School of Earth and Space Exploration published papers on the odd features of ‘Oumuamua and their conclusion that it is likely a piece of a Pluto-like planet from another solar system.

“Until now, we've had no way to know if other solar systems have Pluto-like planets, but now we have seen a chunk of one pass by Earth,” Desch said.