Cindy Villavicencio has always been acutely aware of her impact on the environment. She drives an alternative-fuel vehicle, actively walks instead of driving when possible, and in 2020 made the conscious decision to pivot careers and return to school to pursue a career path that advocated for the health of our planet. 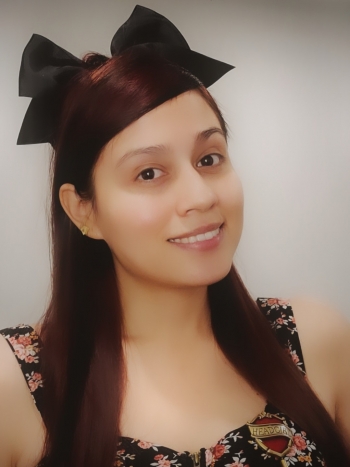 “I live my life thinking about how I'm making an impact on the earth,” said Villavicencio, who is graduating this December from Arizona State University Online in the School of Geographical Sciences and Urban Planning with a bachelor’s of science in geography and a certificate in geographic information science. “I thought the best way for me to feel fulfilled in my professional career wasn't just through research but to embark into a field that impacted the world around me.”

Villavicencio, who had previously earned a bachelor's degree in anthropology and master’s degree in survey research from other institutions, says she was drawn to geography for its interdisciplinary nature and the ability to leverage geographic information systems (GIS) to create solutions to environmental problems.

“I thought geography was a great field that I could combine so many types of research,” she said. “I have these values in my personal life, I had this background in anthropology, I’ve seen how research has impacted other students, and it all kind of just clicked for me after so many years.”

Villavicencio’s passion for the field has shown through her dedication to her studies. She is this semester’s selection by the School of Geographical Sciences and Urban Planning for the Dean’s Medalist Award from The College of Liberal Arts and Sciences, a recognition reserved for the highest achieving students from the social sciences, natural sciences and humanities.

Following graduation, Villavicencio will be working in local government with the county of San Bernardino in California as a GIS technician — a role that she secured ahead of graduation and started earlier this month.

“I am an online student and I didn't think I would be recognized in this way. I am so overwhelmed with emotion,” she said. “Thank you ASU for having an excellent online program. I am so grateful to all the professors who put their time into their lessons, so grateful for the GIS peer mentors, the instructors and the staff who were really welcoming and guided me the whole way. I really feel at peace with where I am in my life.”

Ahead of commencement, we asked Villavicencio a few questions about her time at ASU:

Answer: I saw ASU has plenty of online degrees and was enthusiastic about pursuing a bachelor of science from a reputable school. The reputation pulled me in, plus having the option to have the online degree, ASU was a good choice for me.

A: One of the most important was “wicked problems.” It's a term used to describe how there's a natural resource that's not regulated in the world and it's affecting the communities that surround it. It's a really good way to put things into perspective and think about how we take things for granted.

A: I learned a lot about what natural resources mean and what they look like from Professor Erin Saffell. The way her coursework was designed was really excellent. It got to the point and had examples and resources from TV shows and documentaries so students could understand how natural resources are being used.

A: Look at pathwaystoscience.org, that is a place to find internships. There are internships for any person in any phase of their life. You could be going to school part-time but you're also a teacher during the day, there’s an internship for you. Even internships for high school students, postgraduates and early career professionals. Look into it. It's so worth the time and you’ll have support from your ASU professors even though you're online.

A: I would tackle women's education. It's really telling what a thriving country and community could be based on how women have been educated and treated. If we tackled that issue, there could be so much more talent in the workforce and it could help improve communities. I think there’s a lot of the issues that we have that could be solved if we educated our girls and our women around the world.

The United States, Arizona and the Phoenix metro area have all bounced back from the steep but short economic recession induced by the pandemic, and the outlook is good, according to Arizona State University’s economic forecaster.Lee McPheters, research professor of economics and director of the JPMorgan Chase Economic Outlook Center at ASU, spoke at the annual ASU/PNC Bank Economic Forecast Lun... 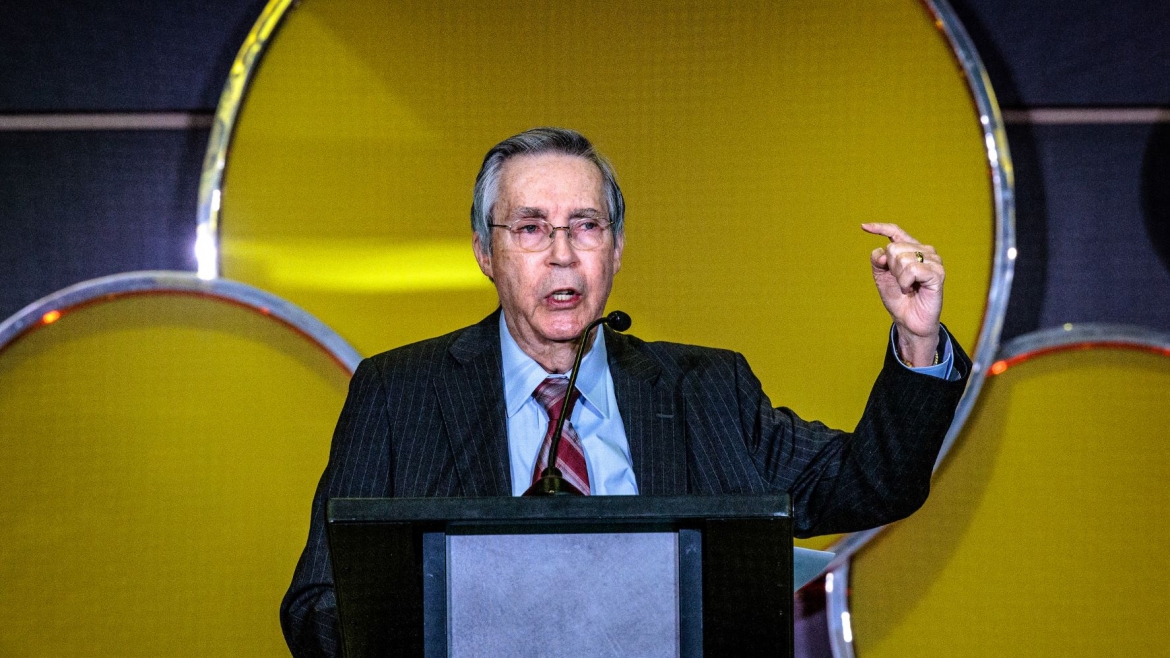 All jobs recovered after steep but short pandemic-driven recession

The United States, Arizona and the Phoenix metro area have all bounced back from the steep but short economic recession induced by the pandemic, and the outlook is good, according to Arizona State University’s economic forecaster.

Lee McPheters, research professor of economics and director of the JPMorgan Chase Economic Outlook Center at ASU, spoke at the annual ASU/PNC Bank Economic Forecast Luncheon, which was sponsored by the Department of Economics in the W. P. Carey School of Business at the Renaissance Phoenix Downtown Hotel on Wednesday.

“The main message is that the U.S. and Arizona economies were hit hard by the pandemic, but we expect a strong economy into 2022,” he said.

McPheters said that Arizona lost more than 331,000 jobs in March and April of 2020 – more than the entire Great Recession that extended over several years.

“But after that, we began bouncing back, and we’ve added jobs every month since,” he said, noting that all of the lost jobs in the pandemic recession were recovered by the first quarter of 2021.

“There’s a good chance we’ll see an all-time high employment in Arizona of 3 million by the end of this year.”

The Phoenix economy has continued to move away from reliance on real estate and is much more diverse than it was before.

More than 80% of new jobs came from food service, transportation and warehousing, retail, the professional and technology fields and health care.

The Phoenix metro area added 77,000 new jobs in 2021 and ranks third nationwide in job growth for transportation/warehousing and professional/technical, he said.

“The Phoenix economy has continued to move away from reliance on real estate and is much more diverse than it was before,” he said.

The average home price in Phoenix increased 33.3% in a year but will likely grow at a steadier 4% to 6% going forward, he said.

The average home price in Phoenix is $474,000, which is still less than most other metro areas in the West, including Denver; Austin, Texas; Riverside, California; Provo, Utah; and Seattle.

“This is not the same 80,000-single-family-permits we saw in the housing boom of the mid-2000s, but it is a steady, sustainable trend in home building that is beneficial for the Arizona economy,” he said. 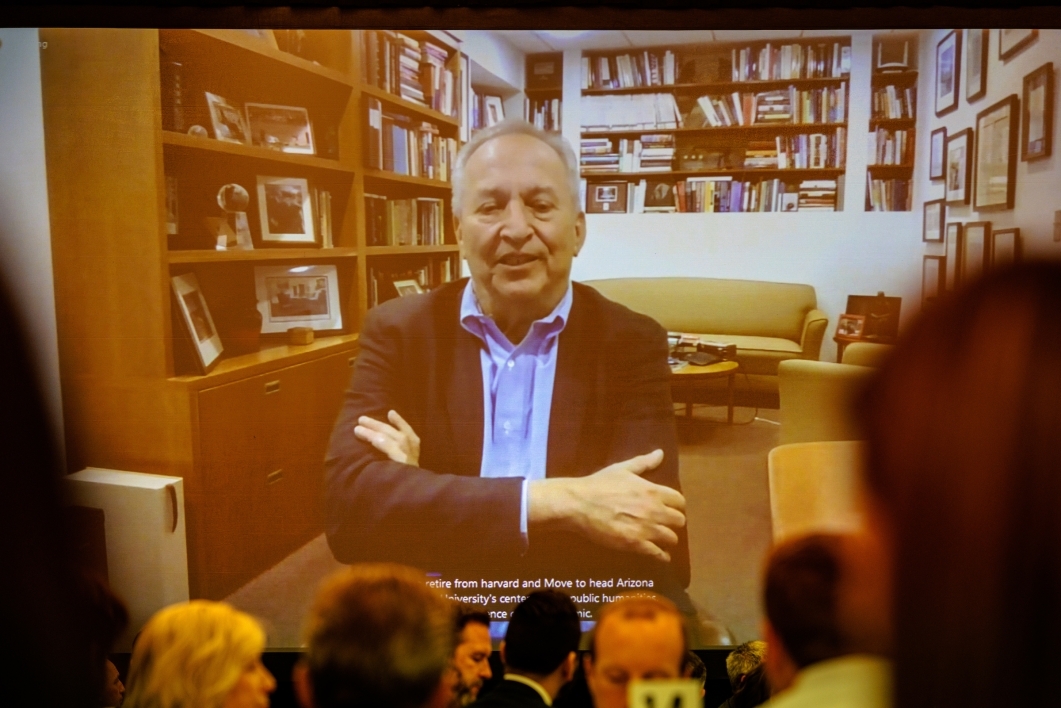 Augustine “Gus” Faucher, chief economist for the PNC Financial Services Group, who spoke at the luncheon, said that 2% of the adult population has dropped out of the labor force. 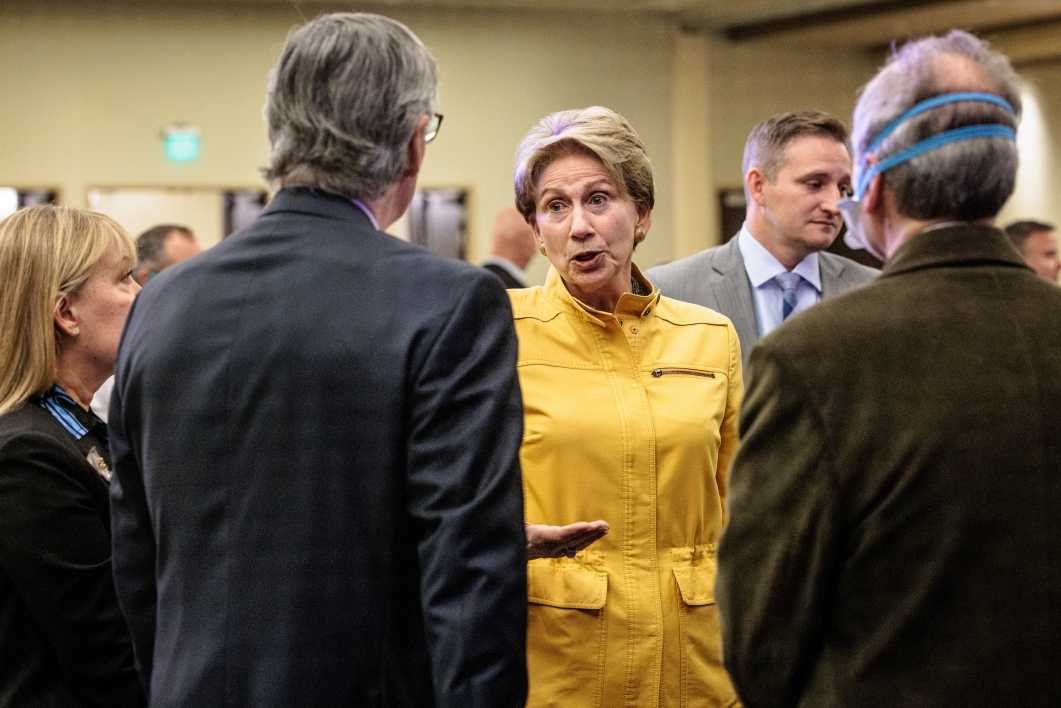 Barbara Barrett, former U.S. secretary of the Air Force, attended the ASU/PNC Bank Economic Forecast Luncheon. Barrett, The Honors College at ASU, is named for Barrett and her husband, Craig, former CEO of Intel, who are longtime university supporters. She earned her bachelor of science, master's of public administration and juris doctor degrees at ASU.

“I think everyone would agree we need to continue to work on educational issues,” he said.

“Maybe we won’t be No. 1 in terms of spending philosophy, but this is a state that should be ranked in the top half for education, now the lower half.”

Nationally, the economy remains in recovery from the pandemic recession, but there are still weak spots, according to Augustine “Gus” Faucher, chief economist for the PNC Financial Services Group, who spoke at the luncheon.

Across the U.S., employment is still down by more than 4 million, and 2% of the population has dropped out of the labor force, he said.

“Before the pandemic, 63% of all adults were in the labor force, and now it’s less than 62%,” he said. “Some took early retirement. Some are concerned about the health situation and are unwilling to put themselves into that situation.

“Some are having child-care difficulties, with virtual school and child care closed. And there are those who received stimulus payments or extra unemployment benefits and are not ready to come back.

“I do expect many of those people will gradually return to the labor force over the next year and half or so, but it is going to remain a difficult situation for people who are trying to hire.”

Another weak spot is consumer spending on services, such as education, health care, financial services and travel, which fell 15% during the pandemic and is still 2% below pre-pandemic levels.

Meanwhile, consumer spending on durable goods, such as appliances and cars, fell by about 3% during the pandemic but is now 20% higher than pre-pandemic levels, even with the lack of car inventory. Consumer spending accounts for about two-thirds of the U.S. economy.

Both McPheters and Faucher downplayed the likelihood of the current increase in inflation continuing long term.

“The Phoenix inflation rate topped 7% year over year, which is startling,” McPheters said.

But he said that while the consumer price index rose 8.2%, average weekly wages are up more than 12%.

“What that means is that in spite of inflation and higher prices, we still have expansion of purchasing power,” he said.

Faucher said that inflation is likely to increase at about 2% a year going forward.

“We had inflation at below 2% a year over the past decade,” he said. “The financial markets don’t think that the higher inflation we’ve seen recently will become embedded into the economy.”

Lawrence Summers, the Charles W. Eliot University Professor and former president of Harvard University, said that federal stimulus money led to a surge in household income, which led to inflation.

“Right now we’re looking at an economy that is quite strong but at a danger of overheating,” he said. “A bathtub that is overflowing is a real problem.”

The Fed should raise interest rates over the next year to slow down growth, he said.

Summers, former secretary of the Treasury, said that some people believe that with the size of the budget deficit, the U.S. should not engage in significant expenditures.

“I think we’re a better country if we collect taxes more efficiently and if we support an energy transition to a greener economy,” he said.

“I think it’s insane that it takes 20 minutes longer to fly from Boston to Washington than it did 20 years ago because of decaying infrastructure.

Top photo: Lee McPheters, research professor of economics and director of the JPMorgan Chase Economic Outlook Center at ASU, spoke at the annual ASU/PNC Bank Economic Forecast Luncheon at the Renaissance Phoenix Downtown Hotel on Dec. 8. He predicted that Arizona will add about 117,000 jobs in 2022. Photo by Charlie Leight/ASU News 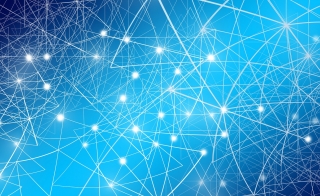 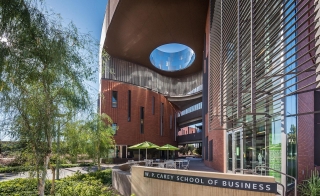 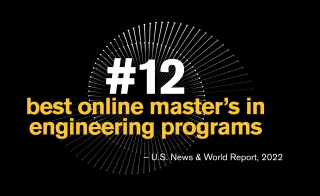