“Multiplicity,” the School of Music, Dance and Theatre’s 11th annual PRISMS Festival at Arizona State University, features engaging works with a wealth of diversity in contemporary music. The 2021 festival runs Dec. 1–3 on the Tempe campus.

“Multiplicity may take many forms — plurality or hybridity of genre and style, disparate compositional approaches and works by composers and sound artists from various communities, traditions and creative practices,” said Simone Mancuso, faculty associate and coordinator of the festival. “We are particularly interested in works that push boundaries, experiment or expand on contemporary practices from different social, cultural and intellectual perspectives.” 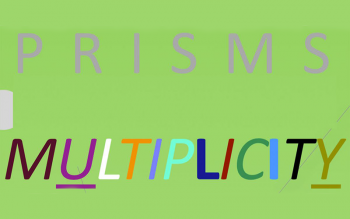 Hosted by the School of Music, Dance and Theatre, the festival’s artistic committee includes Mancuso and music professors Navarro, Bolaños and Rockmaker.

Mancuso said this year the festival includes works by music composition students to provide the opportunity for students to be featured in a festival specializing in contemporary music.

In total, eight students have composed a new work that will be premiered during one of the three days of the festival.

PRISMS festival was founded in 2009 by Mancuso and Glenn Hackbarth. Since then, every edition has featured a topic centered on either a genre or a composer.

“This year we feel that diversity is a very appropriate topic to celebrate,” Mancuso said. “The programs feature composers of different backgrounds, nationality, age and gender.”

Tickets to the concerts can be purchased online at the Herberger Institute Box Office. Prices for each concert are $10 for the general public and $5 for students with a valid ID.

ASU grad, aspiring comedian took advantage of all opportunities while at ASU

Editor's note: This story is part of a series of profiles of notable fall 2021 graduates.Fall 2021 graduate Luke Phillips fell in love with the ASU Tempe campus when he first visited as a sophomore in high school. While Hayden Library, Palm Walk and Sun Devil Stadium brought Phillips to ASU from his hometown of Mokena, Illinois, it was at the Taco Bell on Rural and Apache in Tempe where he ma...

ASU grad, aspiring comedian took advantage of all opportunities while at ASU

Fall 2021 graduate Luke Phillips fell in love with the ASU Tempe campus when he first visited as a sophomore in high school. While Hayden Library, Palm Walk and Sun Devil Stadium brought Phillips to ASU from his hometown of Mokena, Illinois, it was at the Taco Bell on Rural and Apache in Tempe where he made most of his memories as a Sun Devil. 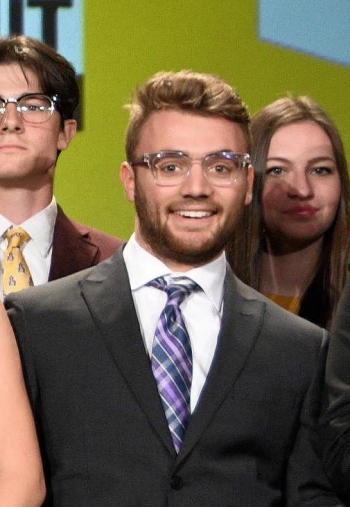 “The number of nights I have spent there with my friends has created memories that will last forever,” Phillips said.

Phillips attributes many of his most fond memories during his college career to taking essentially any opportunity that came his way. His advice to current students: Do everything.

“You never know how an opportunity might affect the rest of your life. Take the job. Volunteer. Meet new people. You will grow so much as a person.”

One opportunity he embraced was to change his major.

“During my second year, I realized I wasn’t happy in the business school and didn’t feel like it was the right fit for me."

Phillips switched his major to film in the Herberger Institute for Design and the Arts as he grew up frequently watching movies with his family and always had a passion for movies. The more research he did, the more he realized that the entertainment industry is where he wanted to end up.

Professor Chris LaMont of the Sidney Poitier New American Film School has been one of Phillips’ favorite professors during his studies.

“Professor LaMont has been more of a mentor than just a professor to me over my last few semesters,” Phillips said. “He taught me the importance of reaching out to others for help and teamwork.”

He also learned a valuable lesson outside of the classroom at ASU. Being a student at such a large institution, Phillips was introduced to many people with different backgrounds, perspectives and opinions.

“I used to be a very stubborn person, but I feel that I’ve learned to open my mind and perspective to others. I’ve grown a lot as a person due to this and have a much more open mindset,” he said.

By being more broad-minded and learning from his roommate and close friend, who are sustainability majors, Phillips has grown more knowledgeable and passionate about sustainability.

“They’ve taught me a lot about the problems our world currently faces. We have many generations to come after us, and they need a planet to live on.” He said that if someone gave him $40 million to solve a problem, he would donate to help with various environmental issues.

Phillips has big plans for after graduation.

“After I graduate, I’m going to get a job that pays the bills until I become a famous comedian. My name will be known, mark my words.”