Founded in 1961, the center is one of ASU’s first established research institutes and houses one of the world's largest university-based meteorite collections. Over the past 60 years, meteorites from the collection have been used in scientifically important research, from probing the history of the solar system and its evolution, to the existence of extraterrestrial organic compounds and water, to the origins of life. 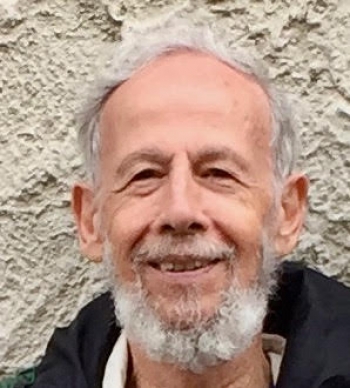 “Meteorites are important because they provide insight into the surfaces and interiors of other planets, processes that went on when the solar system was forming, and which organic compounds — such as certain amino acids — were transported by meteorites from space to Earth,” said Buseck.

Buseck, with faculty appointments in ASU’s School of Earth and Space Exploration and the School of Molecular Sciences, has a long connection with meteoritics. His first paper on meteorites in the journal Science was published in 1968.

Throughout his nearly six-decade career at ASU, he and his students and postdocs have been recognized for their pioneering work in the nanomineralogy of meteorites and interplanetary dust particles. Buseck, with postdoc Kazu Tomeoka, performed the first high-resolution transmission electron microscopy analysis of meteorites. One class of meteorites Buseck has studied, carbonaceous chondrites, are important because of their connection to organic compounds, life’s origins and the scientific understanding of the solar system.

“Carbonaceous chondrites in our collection have provided decades of insights into the evolution of asteroids in the early solar system,” said Center for Meteorite Studies interim Director Devin Schrader. “These studies are invaluable for understanding samples returned from asteroids by recent space missions. In the past year, Martian meteorites from the collection were used to constrain the abundance and isotopic composition of water in Mars’ crust. This furthers our understanding of Mars, a planet that could have potentially supported life, and provides invaluable data for potential in situ resource utilization for future crewed exploration missions.”

Buseck and his group have published an impressive 16 papers in the high-prestige journals Science and Nature on meteorites and interplanetary dust particles — 40 papers in all, on these and other topics. Buseck recently received the Roebling Medal from the Mineralogical Society of America (2019) and the David Sinclair Award from the American Association of Aerosol Research (2021), these being the highest awards given by the organizations. In 2012, Buseck had a meteorite mineral, buseckite, named after him for his many contributions to meteorite research and mineralogy.

“I have been privileged to study these scientifically important messengers throughout my career,” Buseck said, “and to share that journey of investigation with many talented PhD students and postdocs who now have flourishing careers. Examples include Tom Sharp, who is a valued colleague here at ASU; Kazu Tomeoka at Kobe University; Lindsay Keller at NASA; Donald Eisenhour, a corporate executive; Laurence Garvie, who is at ASU; and Tom Zega, among many others."

Tom Zega, a professor at the University of Arizona Lunar and Planetary Laboratory, earned his PhD under Buseck’s guidance.

“Peter pioneered the application of transmission electron microscopy to the study of minerals, whether they originated from land, the sky or from space,” Zega said. “Some of his earliest work on meteorites was measurement of phosphorous chemistry in iron meteorites. That effort expanded into work on many other types of meteorites, including primitive carbonaceous chondrites. Peter’s group did some of the groundbreaking characterization work on the fine-grained matrix components of different classes of carbonaceous chondrites, including the discovery by postdoc Kazushige Tomeoka that the most compositionally primitive chondrites, with compositions most similar to the sun, are entirely hydrated. This was a key discovery in understanding the role water played on asteroids in the early solar system and is now extremely relevant to the samples being measured from JAXA's Hayabusa2 mission, and we expect will be important for the analysis of samples brought back by NASA's OSIRIS-REx mission.

“I think that one of the things I valued most about Peter,” Zega continued, “was that he gave me (and other group members) the freedom to work on problems that interested us and find our own way. Yes, there were broad research themes in cosmochemistry, mineral physics and atmospheric chemistry, and Peter would advise and give suggestions, but he did not constantly look over our shoulder demanding results. I think Peter trusted that if he gave talented students and postdocs that freedom, good science would eventually result from it, as it repeatedly did with people in his research group. I always appreciated that, and I try to model that approach with my own students and postdocs.”

Buseck has not only had an esteemed career of over 58 years at ASU, but also has philanthropically supported areas across the institution for the past three decades. His generosity has made a positive impact on the School of Earth and Space Exploration, School of Molecular Sciences, Center for Meteorite Studies, Arizona PBS, President’s Club, Jewish Studies, Center for the Study of Religion and Conflict, and through an endowment in Herberger Institute for Design and the Arts, the Alice and Peter Buseck Scholarship for Piano Students, which honors his late wife. Professor Buseck’s generosity helps to advance areas he is passionate about and will continue to do so in perpetuity.

“Over the last few decades, the center has established its reputation for cutting-edge research on meteorites and returned samples from spacecraft missions,” said School of Earth and Space Exploration Director Meenakshi Wadhwa. “Naming it the Buseck Center for Meteorite Studies not only honors Professor Buseck’s significant contributions and legacy in cosmochemistry research, but will also raise the profile and impact of this center and its research in the broader scientific community.”

ASU Provost and Executive Vice President Nancy Gonzales said, “Peter and the Center for Meteorite Studies both contribute unswervingly to ASU’s reputation as a leading research institution. Peter’s research, along with the research of others who have utilized the center’s collection, have greatly contributed to our understanding of the solar system and our place within it.”

Buseck's research will have lasting significance.

“Often when we do science," Zega observed, "we don’t know what its impact will be, whether near- or long-term. In Peter’s case, he and his group have made transformative contributions across multiple fields of science, spanning six decades, that will last well into the future.”

That future will continue through research at the Buseck Center for Meteorite Studies. The mission of the center is to create and share new knowledge in the field of meteoritics and related disciplines. The scientists and staff at the center do this through cutting-edge research, curation and distribution of the center’s meteorite collection, dissemination of the latest scientific results and education at local, national and global scales.

“This year marks the 60th anniversary of the center,” said Wadhwa, “and there have been many significant research contributions that have been made by the center’s researchers and with meteorites from its collection over this time.”

Tijana Rajh, director of the School of Molecular Sciences, added, “Studies encompassing the role of water and organic content in meteorites performed at the Center for Meteorite Studies transformed how we think about the early days of the solar system and provided new molecular approaches to studying the returned samples from spacecraft missions.”

The center was founded in 1961 soon after ASU acquired a significant portion of the meteorite collection of Harvey H. Nininger, a famous meteorite hunter and self-taught meteoriticist. Professor Carleton Moore served as the founding director from 1961 until his retirement in 2003. Laurie Leshin, an ASU alumna who was a professor in the then Department of Geological Sciences, served as the center's director from 2003 till 2005 (she is currently president of Worcester Polytechnic Institute). Michelle Minitti served as interim director for a brief period (2005–06) before Wadhwa was named center director and professor in the newly established School of Earth and Space Exploration in 2006. Wadhwa served in this role in the center until 2019, when she was appointed director of the School of Earth and Space Exploration. Since then, Schrader has served as interim director.

At the present time, the center’s mission is advanced by a talented and experienced team:

The next opportunity to meet the Buseck Center for Meteorite Studies team (and bring in your meteorite for analysis) is at the ASU Tempe campus Open Door event on Feb. 26, 2022. The Buseck Center for Meteorite Studies team will have a booth on the second floor of ISTB4 and will be on hand to assist with meteorite identification and to answer questions from science enthusiasts of all ages.

Sun Devil WBB unable to pull off comeback at BYU

Despite a strong defensive effort, the Sun Devil women's basketball team was not able to overcome a 30-percent shooting performance in its 55-44 loss at BYU on Wednesday. ...

US News ranks ASU among best in nation for online programs

Sun Devil WBB unable to pull off comeback at BYU Despite a strong defensive effort, the Sun Devil women's basketball team was not able to overcome a 30-percent shooting performance in its 55-44 loss at BYU on Wednesday.