Why do certain animals form groups instead of living in isolation? Creatures like bees in a hive will work with each other to adapt to their environment and increase chances of survival. Arizona State University School of Life Sciences PhD student Maddie Ostwald is one of the researchers seeking to understand how and why this behavior occurs.

Ostwald has been awarded the Mistletoe Research Fellowship from the Momental Foundation for her research of insect behavior. Ostwald is a PhD candidate in animal behavior studying social evolution in bees. Her research focuses on the cooperative behavior of these insects.

She is a member of ASU’s Social Insect Research Group, working with Jennifer Fewell, President’s Professor and interim director of the School of Life Sciences.

Ostwald studies carpenter bees to determine what factors cause them to switch between different social states. Her research has shown that the environment around insects shapes their social decision, and group living can become adaptive in competitive conditions.

Her passion for bees and social behavior began while working at the Children's Museum of Maine. There, she taught a program about honey bees using an observation hive. Her curiosity about the tasks bees would perform in groups helped spark her educational path. Ostwald graduated with a Bachelor of Science in biological sciences in 2016 from Cornell University, where she began her study of collective behavior. After graduation, Ostwald worked at the Smithsonian Tropical Research Institute, where she continued studying the behavior of bees.

“Since I was an undergrad I really wanted to come study at ASU because of its renowned Social Insect Research Group, which is a group of labs that study various aspects of the biology of social insects,” she said. “I was also excited for the opportunity to work in the Sonoran Desert, which has greater bee diversity than anywhere else in the world.”

After receiving her Master of Science from the University of Edinburgh in 2017, Ostwald began her PhD program at ASU. Since her time at the university, she has had many research opportunities with the faculty and has been a co-author of several publications.

The Momental Foundation’s mission in awarding this fellowship is “to build bridges between the academic, entrepreneurial and civil communities to create a more human-centered and sustainable future through technology.” The foundation will pair Ostwald with a technology hardware startup to participate in a research project.

This fellowship offers Ostwald a research grant that will be used to purchase new field equipment, help with the publishing of research in open-access journals and partially fund an upcoming trip to the University of Münster in Germany to study social evolution in ants.

In her time studying abroad in Germany, Ostwald will visit the lab of Jürgen Gadau at the University of Münster. There, she will study the genetics and chemical ecology of the California harvester ant. Ostwald intends to use this time to further her research of the genetic bases for cooperation and its evolutionary consequences.

"I'm really grateful for this unique opportunity to collaborate with and learn from non-academic groups, and to apply my PhD training to human-domain problems,” Ostwald said.

A conference sponsored by Arizona Humanities and Arizona State University will bring together national and international translation professionals and scholars later this month to discuss the theory and practice of translation and interpretation. “Engaging Translation: Questions of Language and Power in Arizona and Beyond” will be held Nov. 12–13 on ASU’s Tempe campus. The c...

A conference sponsored by Arizona Humanities and Arizona State University will bring together national and international translation professionals and scholars later this month to discuss the theory and practice of translation and interpretation.

“Engaging Translation: Questions of Language and Power in Arizona and Beyond” will be held Nov. 12–13 on ASU’s Tempe campus. The conference is free and open to the public. 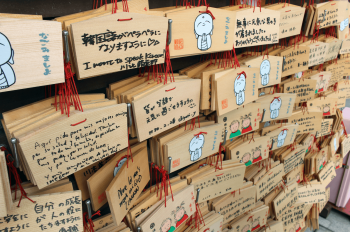 The “Engaging Translation: Questions of Language and Power in Arizona and Beyond” conference will be held Nov. 12–13 on ASU’s Tempe campus. The conference is free and open to the public. Download Full Image

Translation is often used as an umbrella term to encompass both translation and interpretation, said Jaime Fatás-Cabeza, a member of the conference’s planning committee and the director of the Undergraduate Translation and Interpretation Program in the Spanish and Portuguese Department at the University of Arizona. When a distinction is drawn between the two terms, translation refers to written texts while interpretation indicates spoken speech, such as in a medical or legal context.

Translation and interpretation are particularly relevant topics in this state due to its racial and ethnic diversity. Approximately one in five Arizonans lives in a household in which Spanish is spoken at home, and Arizona has nearly two dozen federally recognized Indigenous tribes.

Despite this, Arizona is the only state in the U.S. with an English-only education law, which bans English-language-learning students from receiving instruction in their native languages. As part of that policy, students are immersed in hours of English classes at a time, often at the expense of other subjects.

Arizona Superintendent of Public Instruction Kathy Hoffman, citing research, has written that a more effective instructional model allows students to be taught in dual-language programs that utilize both English and their native language. This format, in practice across the nation, encourages students’ multilingualism and lets them use their knowledge of their native language to boost their English learning.

Earlier this year, a bill seeking to overturn the English-only law was advanced in the Arizona House of Representatives. The measure would eventually have to be approved by voters in order for the law to be reversed. This political background sets the stage for the “Engaging Translation” conference and the broader issues its presenters intend to tackle.

The conference includes scholars from ASU as well as other institutions across the country and world. Translation professionals are also represented among the presenters, panelists, keynote speakers and workshop leaders.

“The event is significant because it brings together academics, professionals and stakeholders to discuss the power dynamics involved in the provision of equal access to linguistic minorities in Arizona through translation, interpretation and cross-cultural services,” Fatás-Cabeza said. “This is a rare and much-needed opportunity to explore venues and strategies to improve cooperation between academia, providers and public and private sectors to better serve the needs of an increasingly multicultural and multilingual society.”

“We are especially excited to have created an opportunity for scholars and practitioners of translation to engage in conversation over the two days of the conference. Our final panel takes up issues related to Arizona’s multilingualism, from the need for more funding for foreign-language learning to the English-only law that is still in place in the public school system,” said Nina Berman, the director of the School of International Letters and Cultures, which is hosting the conference.

Robert Tuck, associate professor of modern Japanese literature and another member of the conference planning committee, said the conference represents a collaboration between numerous stakeholders from the diverse array of fields that involve translation and interpretation in some manner.

“‘Engaging Translation,’ as a conference, gets to the heart of what we do at SILCthe School of International Letters and Cultures,” Tuck said. “We’ll explore what happens when the act of translating brings two languages into dialogue with one another. We want to ask what the interactions at the heart of translation and interpreting can tell us about topics such as identity and political and cultural power, both here in Arizona and in a broader global context.”