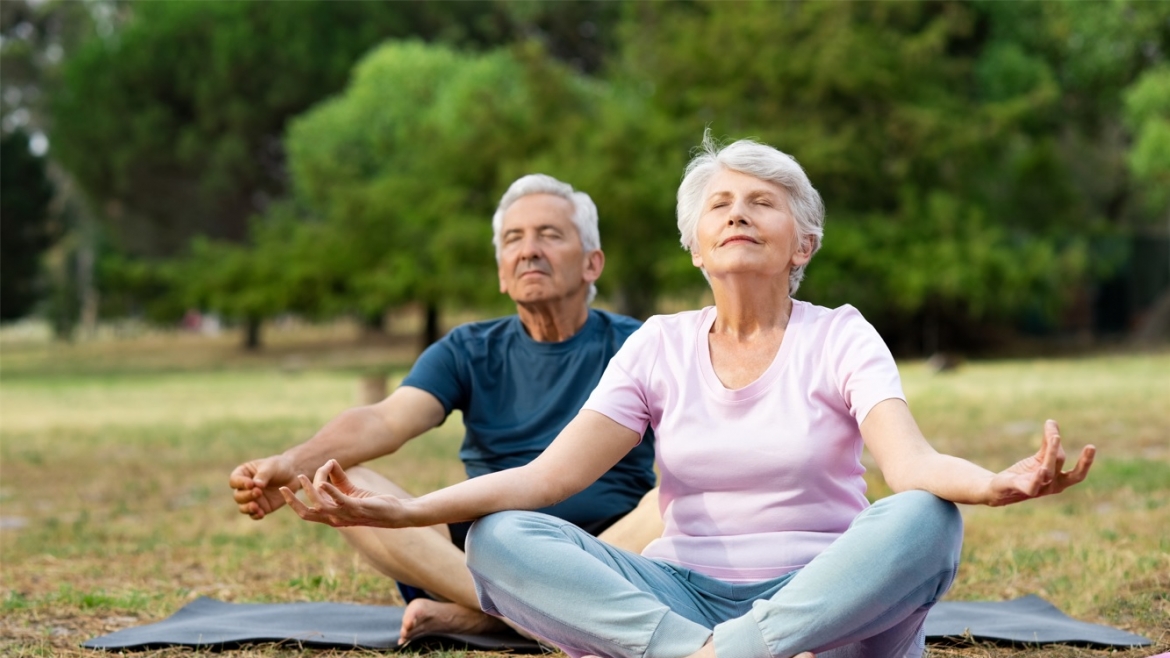 ASU professor explores the effects of age, sex and mindfulness on quality of life in men, women with autism

“Initially, most of the research in my lab was looking at how aging affects individuals with autism on a cognitive level,” said Braden, who directs the Autism and Brain Aging Laboratory at Arizona State University. “But one of the things we didn’t expect was that we saw very consistently a lot of struggles with depression and anxiety, as well as physical health, that contribute to quality of life.” 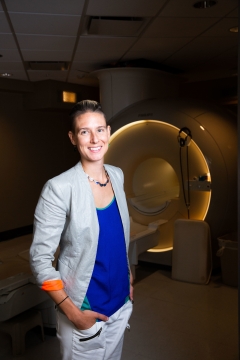 In a paper published this month in the journal Quality of Life Research, Braden and colleagues detail two separate studies in which they set out to better understand the factors that affect quality of life in adults with autism, whom studies have shown consistently report worse functional health and well-being compared with their neurotypical peers.

“This is kind of consistent with the larger picture of how autism manifests in girls and women,” Braden said. “Women seem to carry a greater burden across the board.”

Interestingly, researchers also found that among adults with autism, older women reported better mental health than men, whom age didn’t appear to have an effect on.

“There is some research about the psychosocial mechanisms of how mindfulness works in general,” Braden said about the difference in results between the sexes. “When it comes to personality characteristics like openness and empathy, which are thought to improve the effects of mindfulness, women tend to score higher in general than men. But people with autism are known to struggle with empathy, so we’re not sure why we’re seeing that here.”

Overall, the researchers were able to conclude a few things:

Ideally, the researchers say, these findings can be expanded and incorporated into precision medicine strategies for improving quality of life in adults with autism spectrum disorder, across the life span.

“Our findings show that we need to be thinking about how autism affects adults based on their age and sex,” Braden said. “We likely also need to take a personalized medicine approach to how we treat some of these difficulties in future interventions.”

About 12 years ago in Russia, wildlife conservation biologist Adam Stein was involved with projects on the Oriental stork.A Russian colleague had been working on how to save the species — then numbering only about 3,000 — throughout its entire habitat from Siberia down into Manchuria, Korea and Japan. Stein observed firsthand the experience of working across borders and languages, and dealing ... 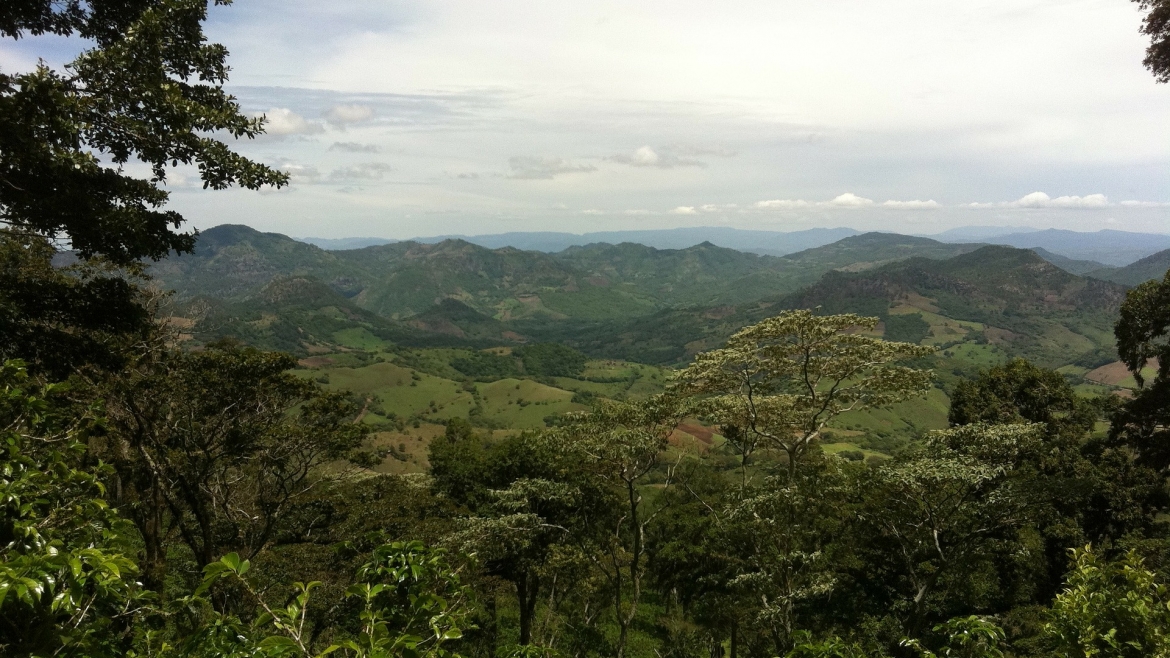 About 12 years ago in Russia, wildlife conservation biologist Adam Stein was involved with projects on the Oriental stork.

A Russian colleague had been working on how to save the species — then numbering only about 3,000 — throughout its entire habitat from Siberia down into Manchuria, Korea and Japan. Stein observed firsthand the experience of working across borders and languages, and dealing with capacity issues and proprietary data to save a species that now numbers about 7,000.

Now, during a time where many things have changed, Stein has taken the international conservation biology class offered at Arizona State University’s College of Integrative Sciences and Arts from classroom lectures to weekly meetings with researchers from Siberia to the Solomon Islands, Nicaragua and Tanzania.

“It's been a great opportunity for the students just to really see how these different cultures work, to get conversations with those people on the ground,” Stein said.

The combination of being isolated with new meeting technology offered a fresh opportunity to recast the class.

“We can't necessarily go to the Solomons for the week or to Tanzania for the week,” Stein said. “And we can't cram all that into the semester. And so what better way than to just take this technology and say, this is the best way to teach this class instead of having a Westerner sit up here and talk about, you know, this is how it goes.”

The course has been offered at ASU for some time, but it’s the first time Stein has taught it. Students learn about wildlife around the world, including biogeography, biodiversity, conservation topics and the complexity of conserving wildlife in both developed and developing nations.

Stein has traveled around the world as a conservation biologist and met scores of people in the field.

“I've met a lot of different individuals at different levels of conservation and have been able to see ecosystems and conservation issues firsthand,” he said. “And when I was offered to teach this course, I said, this is a great opportunity for me to touch base with all of these colleagues from around the world. And instead of me telling the story that I've witnessed, have them firsthand tell these stories and tie it into an overall picture of how conservation works on an international level.”

Conservation biology is a rigorous science that looks at what is needed to maintain populations. What is the amount of species needed for enough genetic variability? How do we maintain that population? How do we keep that minimal viable population going? What's the dynamic area that's needed to support those organisms working within the matrix of human interactions? The international component talks about why it’s a global problem.

Stein kicked off the semester with locals who live on the edge of one of the last large wildernesses in Central America in Nicaragua, a 2,500-square-kilometer ecosystem home to the last big populations of jaguars and other large mammals. It’s vastly important for the connectivity of wildlife species that make their way from Mexico through to South America. Without that linkage, two continents are broken apart.

“It has ramifications beyond just its own borders about the connectivity of these ecosystems, and it's under threat,” Stein said. “We see that it's being undermined in the last five to 10 years. It's being degraded by deforestation, by intruders into this environment. And Nicaragua is a very poor country and doesn't invest a lot of resources into this conservation."

Initially people might assume these intruders are impoverished residents looking for opportunities, Stein said — but in fact, there are reports that the government is the driver behind it, seizing land and giving concessions to companies such as large cattle operations.

"What I think it did for the students was it kind of opened their eyes to the government may be the problem here, and why can't the people do something about that?" he said.

"These are the questions that are generated by the students ... and the feedback I've heard has really, you know, shown the complicated issues that come with that."