Editor's note: Geneva Escobedo, founding president of the Hispanic Business Alumni, shares how the chapter got its start, in her own words.

The founding of Arizona State University’s Hispanic Business Alumni began in 1982 with a dedicated and passionate group of graduates who were committed to raising scholarship funds for current and future Hispanic students and to promoting higher education throughout our communities. 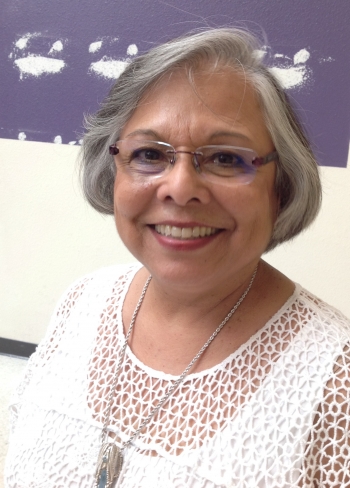 The fundraising activities that garnered incredible support from alumni, students and the Hispanic community were ASU football tailgate parties at Tempe Beach Park. Food, music and raffles were part of the camaraderie and ASU spirit that was experienced. We had incredible participation from the Hispanic Business Students Association and MEChA. Alberto Chamberlain helped organize bus trips to the rival ASU/University of Arizona football games in Tucson. Alberto negotiated hotel prices and a spot to hold our tailgate party. During these trips we were proud to be Sun Devils and to support students in achieving a college degree.

The ASU Hispanic Business Alumni Association has come a long way in 40 years, and many community leaders have emerged as a result.

Intersecting crises — the coronavirus pandemic, racial injustice and environmental catastrophes — have destabilized daily life and public institutions, rendering perennial questions about progress increasingly urgent. And yet, rethinking progress is not simply a question of what should be done through scientific or technological know-how; it is also a question of what it means to be human.The...

Oct. 27 expert panel to explore how changing conceptions of the human — driven by science and technology — impact our flourishing, now and in the future

Intersecting crises — the coronavirus pandemic, racial injustice and environmental catastrophes — have destabilized daily life and public institutions, rendering perennial questions about progress increasingly urgent. And yet, rethinking progress is not simply a question of what should be done through scientific or technological know-how; it is also a question of what it means to be human.

The Center for the Study of Religion and Conflict will host a free public event that will examine how ideas of progress and the accelerating applications of science and technology to ever more spheres of life are giving shape to — and working to reshape — what it means to be human. The event, “Remaking the Human: Technoscience, Dignity and the Meaning of Progress,” will be held online at 3 p.m. MST Oct. 27. The event will be livestreamed via ASU Live, YouTube Live and Zoom webinar. 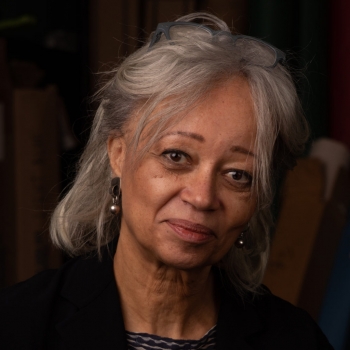 Patricia J. Williams, director of law, technology and ethics initiatives at Northeastern University, is a featured panelist for "Remaking the Human" at 3 p.m. Oct. 27. Well known for her work on critical race theory, Williams is at the forefront of work on the regulation of individual autonomy and identity in legal and ethical debates on science, technology, health and genetics. Download Full Image

The panel features leading scholars from the fields of law, neuroscience and anthropology, including:

The panel will discuss how ideas of the human are conceptualized, produced and governed across various technoscientific efforts, addressing an important quandary in contemporary efforts toward improving human futures.

These suspicions point to a number of important questions.

“As scientists, ethicists and members of the public seek to make sense of the significance of advancing technologies, questions of human identity, integrity and dignity need to become central,” said Ben HurlbutBen Hurlbut is associate professor of biology and society in the School of Life Sciences and director of the Initiative on Science, Technology and Human Identity at ASU., an associate professor in the School of Life Sciences and also one of the project’s lead investigators. “Sites of scientific and technological innovation reveal themselves to also be sites of moral and spiritual inquiry.”

“The Enlightenment conceptualized the human as a universal, rational entity that transcends, time, place and culture. The Enlightenment concept of the human generated many legal, economic and political developments that characterize modernity, but by the end of the 20th century, it became clear that the modern human is also the agent of massive ecological crisis and irreversible geological change.

“The technoscientific advancements of the past decades compel us to rethink the relationship between humanity and nature, since the human itself is now subject to technoscientific transformation — through the emerging powers of biotechnology, digital technology and artificial intelligence.”

As the Beyond Secularization team has shown, traces of older notions of universal humanity — of human reason, purpose, flourishing and progress — persist in present visions of technological progress, even as those visions reconceive humanity as a malleable object of transformation and improvement. The project takes these double binds in our vexed relationship with scientific and technological innovation and in our understandings of being human as sites of social inquiry.

As Bennett explained, “From the unsettled politics of genome editing and genetic engineering, through the emerging and merging spirituality and wellness industries, to religiously infused environmental activism and vaccine protests, the relations among science, religion and technology in public life today are as fluid as their content is contested and their boundaries are being redrawn.”

For more information or to register for this this event, visit ASU Events.

The Center for the Study of Religion and Conflict is an interdisciplinary research unit of the College of Liberal Arts and Sciences that examines the role of religion as a driving force in human affairs. The Beyond Secularization project is funded by a grant from the Templeton Religion Trust.