The Center for Gender Equity in Science and Technology is celebrating five successful years of programming initiatives at Arizona State University. Over the course of the last five years, the center has worked with a wide range of students, parents, schools and industry partners not only in Arizona but throughout the United States and internationally.

The center is a one-of-a-kind research center that was founded in 2016 by Kimberly Scott, a professor in women and gender studies at ASU and the creator of the CompuGirls programming that has been implemented since 2007. The CompuGirls culturally responsive technology curriculum is the foundation of the center’s programming. With innovative programs such as CompuPower, Cyber Warriors and Girls in Tech, the center has proven time and time again that its impact is far-reaching and its programs are doing their part to fill the STEM pipeline with historically underrepresented students. 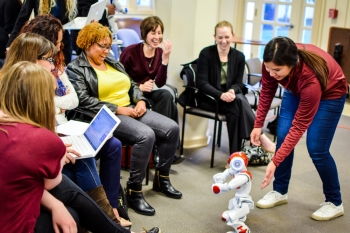 During a presentation in 2016, a research assistant demonstrates how the social programmable robot works and how it is used while teaching girls to code in the CompuGirls programming. Photo courtesy of the Center for Gender Equity in Science and Technology Download Full Image

Furthermore, what the center does “is more than inspire girls to pursue STEM, but really helping them to feel empowered to know themselves better, know their cultural identity better and really incorporate their personal and career identity together,” said Chun Tao, a current postdoctoral scholar at Stanford and former graduate student researcher at the center.

When interviewing past staff and partners at ASU for a testimonial series to celebrate the fifth anniversary, it was clear that the mission and goals of the organization were what drew each individual to working with the center and that those passions are what have fueled the center. Over the last five years, the center has stayed true to its mission "to actively drive the discourse and experiences of underrepresented girls in STEM by owning, generating and critiquing the collective body of scholarship on, and offering culturally responsive programs for, girls of color and STEM education."

Patricia Garcia, an assistant professor at the University of Michigan, was the first postdoctoral scholar hired into the center after completing her PhD at UCLA. When asked about her attraction to the center, she said “it was the first time that I actually saw an approach that was asset-based and was really thinking about what students of color, what skills and knowledge they already possess and how we can actually leverage those to open up pathways in STEM.”

Gabriel Escontrías, the former manager at the Center for Gender Equity in Science and Technology, said that “if you join the center, I think you’re joining it for its mission.”

"It is exciting the growth I continue seeing,” he said.

Escontrías left the center to run for the Arizona state Senate and has continued to collaborate with the center over the years, including leading a workshop on Latina representation in STEM at the upcoming anniversary retreat for staff, students and associate faculty.

Elizabeth Wentz, the current dean of the Graduate College; Ji Mi Choi, vice president at Knowledge Enterprise; and Patrick McDermott, chief engagement officer at Thunderbird School of Global Management, have all been a part of the center in some capacity in the last five years.

“I have incredible admiration for Kim, personally and professionally, for everything she’s achieved and for the incredible impact she has had on so many young people as they’ve come through here at ASU and the CompuGirls sites,” McDermott said. 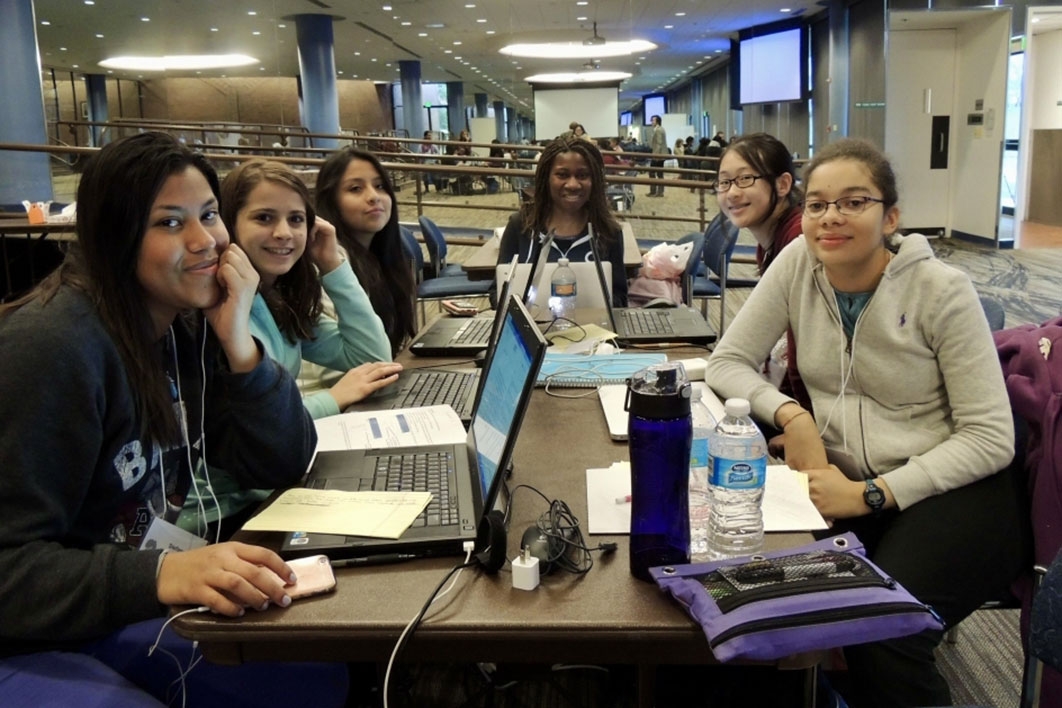 In 2016, girls were invited to participate in a 36-hour competition that challenged teams to research, design and build a web application prototype that could make a lasting impact on girls and women of color in STEM. CompuPower students ask questions during a presentation at the 2019 Summer Residency Experience. 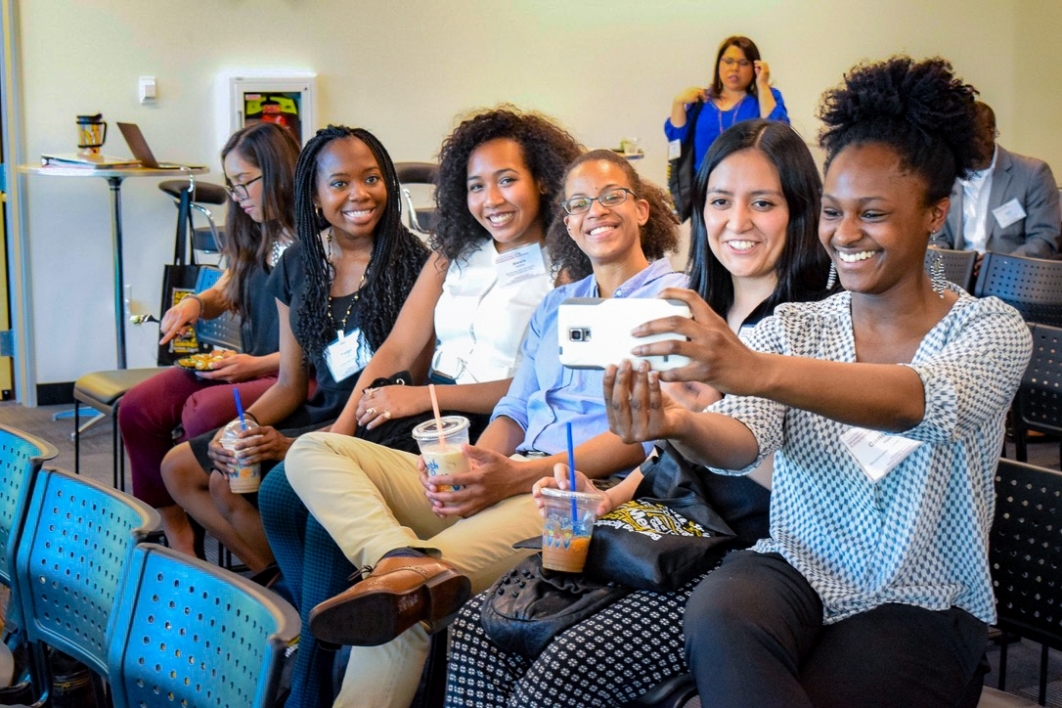 Attendees gather for a group selfie at the 2018 WOC in STEM Entrepreneurship Conference. 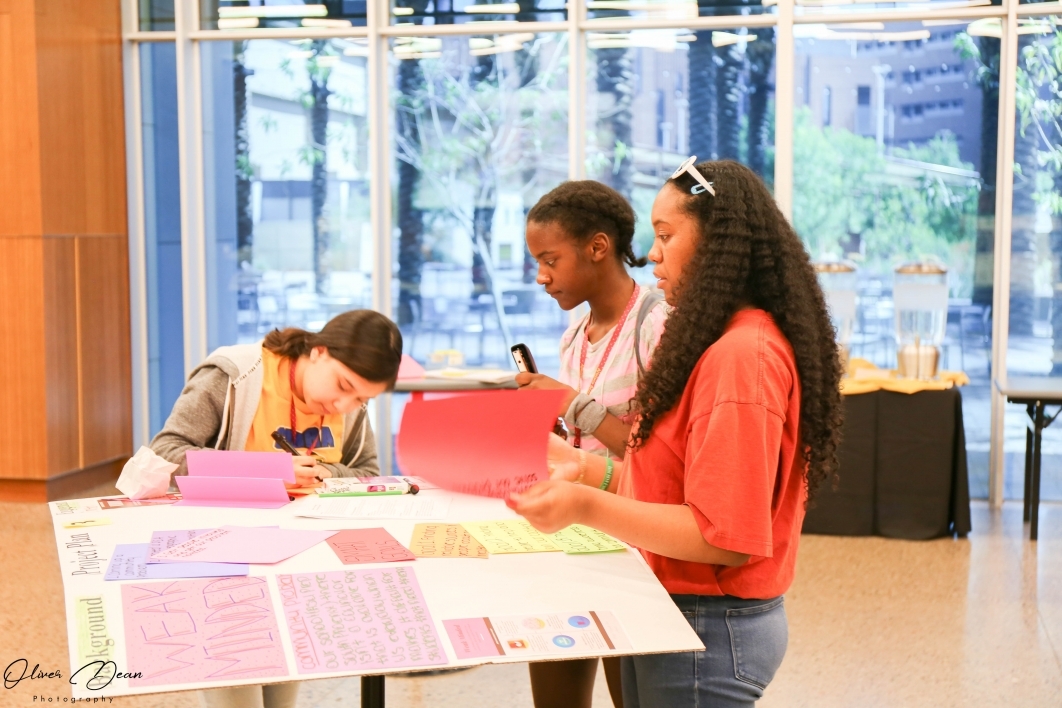 A Girls in Tech participant tries out virtual reality goggles during summer camp in Hawaii this past June.

The center has always understood that the lack of women of color in STEM is a systemic issue and that therefore the solution has to impact the entire system as a whole — the main focus couldn’t be niche but had to be far-reaching.

This points to a unique aspect of the center: its ability to not only pull in experts and incredible leaders from all over ASU, but to be able to do the same from all over the country and develop strong working relationships with industry professionals.

"Throughout my time with the center it taught me how important it is for people like myself who sit within the policy beltway of the D.C. area, how important it is to actually reach back and reach in and hear from folks who are really close to the ground to make sure that we are putting out policy that is relevant to local populations,” said Nicol Turner-Lee, senior fellow in governance at the Brookings Institution who has collaborated with Scott over the past decade.

Gabriela González of Intel has also worked with Scott and the center for many years and says that “they’re a formidable engineer for girls research, particularly for underserved communities ... who informs policy, programmatic outreach and private industry on what works and what doesn’t work.”

These partnerships and collaborations are what allow the center to extend its reach and allow girls to strive for a career in STEM. For example, Mitzi Vilchis was a part of the CompuGirls programming in 2009, worked with Scott as a research assistant while pursuing her degree at ASU, and then went on to teach similar programming to CompuGirls in Mexico for two years with the Fulbright program. Mitzi is currently an English language development teacher at Carl Hayden High School in Phoenix.

"My life path has changed so much in a positive way, and thanks to this program and the center I am able to see a future that I never imagined before,” Mitzi said.

To view the full testimonial series and see what past staff, partners and participants have to say about the center, check out its YouTube channel and Instagram profile.

CompuGirls founder Kimberly Scott will be named a STEM Access Champion of Change at the White House during an event Feb. 26.

CompuGirls founder on new Center for Gender Equity in STEM

Hawaii , Tempe campus , The Center for Gender Equity in Science and Technology , Entrepreneurship

CompuGirls founder Kimberly A. Scott will be named a STEM Access Champion of Change at the White House during an event Feb. 26 to honor people who are working to support and accelerate STEM (science, technology, engineering and math) opportunities for African-American students, schools and communities.

Scott, a women and gender studies associate professor in the School of Social Transformation at Arizona State University, founded and leads CompuGirls. The program combines advanced computational skills learning with key areas of social justice to develop skills and interest among adolescent girls in technology and computer science. 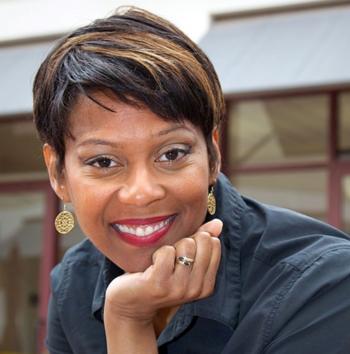 Girls use technology as a tool through the program to address complex issues such as child abuse, indigenous language and culture loss, and gentrification. Starting as eighth-graders, girls who participate are from underserved school districts and are predominantly Hispanic, African-American and Native American.

“Being named a STEM Access Champion of Change is not only a distinct honor, but also an acknowledgement of the need to teach girls technological skills in an engaging and transformative way,” Scott said. “Bringing girls from underserved communities into the digital world ultimately will add intellectual diversity and talent to our country’s workforce.”

The Champions of Change program began in 2011 when President Barack Obama called for recognition of citizens doing extraordinary things at a local level. Champion of Change honorees are chosen through a rigorous nomination and selection process.

Scott saw the need for a program to teach girls advanced technological skills in 2007 when she started CompuGirls. At that time, just 10 percent of middle school girls rated the computer science profession as a “very good” choice for them, according to the National Science Foundation.

A new analysis of test-taking data, recently reported in Education Week, found that no female, African-American or Hispanic students took the Advanced Placement exam in computer science in Mississippi and Montana. Overall, of the 30,000 students who took the exam last year, less than 20 percent of those students were female.

A 2012 study by the National Center for Women and Information Technology reported that African-American and Hispanic women represent only 3 percent and 1 percent of the United States computing workforce. Native American women majoring in computer and information sciences represent less than 1 percent.

Part of the issue is that girls see programming or other technology careers as culturally irrelevant, not as a tool to reach their goals, Scott said. When they are engaged in social justice issues that are important to them, girls learn the technology as a means to build their projects.

“The culture in CompuGirls is really positive,” Vilchis said. “It was definitely challenging, but we all felt really empowered about our topics.”

CompuGirls allowed her to address domestic violence and taught her technological skills that gave her confidence to help others when they have a problem with computers – something she never would have done before. Currently a freshman at ASU, Vilchis is working toward a degree in secondary education and English.

Scott originally developed CompuGirls with support from the Arizona Community Foundation. Recently, the National Science Foundation awarded multiple large grants to bring the program to girls in school districts in the Phoenix-metro area, including at the Gila River Boys & Girls Club in Sacaton and Komatke, Ariz., part of the Gila River Indian Community. The program has since expanded to Colorado.

Scott is also co-leader of STEM For All, with Kevin Clark of George Mason University, that brings together a diverse group of researchers, practitioners, funding organizations and policy analysts to work on developing a forum where an interdisciplinary team shares knowledge and devises agendas and action items that lead to broadening understanding and pragmatic solutions for traditionally underserved students to enter and persist in STEM fields.

The School of Social Transformation is an academic unit in ASU's College of Liberal Arts and Sciences.