When students take classes in Latin American studies, they learn a lot about its history, literature, food, music and its culture of revolution and politics, but almost nothing of its intellectual or philosophical culture, according to Emeritus Professor of philosophy Ted Humphrey.

“When I became involved with Latin American intellectual history, I did so because one could not find the kinds of resources for teaching it that were available for European thought or philosophy,” Humphrey said. “The translations (a) colleague and I made were intended to provide our largely English-speaking and -writing students access to at least a selection of the best thinkers, pensadores as the Hispanic world styles their philosophers, from Latin America.” Humphrey says that even minor European philosophers can have their work translated in upwards of four languages, but almost none of even the most important Latin American pensadores had any.

Among the most “prodigiously powerful thinkers” that came out of Latin America, Humphrey listed many names including: Andrés Bello, Leopoldo Zea Aguilar, Lucas Alamán, José Martí and the Uruguayan philosopher Carlos Vaz Ferreira, known as "the moral voice of his people."

“All of these pensadores focused primarily on moral, social and political theory, though Andrés Bello, Leopoldo Zea and Carlos Vaz Ferreira worked on other metaphysical and epistemological topics,” Humphrey, said.

When reflecting on the most influential Hispanic thinkers in the U.S. who came at philosophy from a distinctively Hispanic point of view, Humphrey mentioned two names. 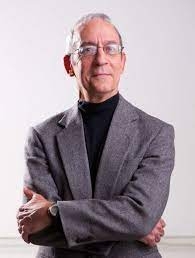 Gracia was born in Cuba in 1942. He studied at both Universidad de La Habana and Escuela Nacional de Bellas Artes San Alejandro in Havana before moving to the U.S., where he  earned a degree in philosophy from Wheaton College in 1965.

“He was a Cuban refugee who came to this country at an early age and with no knowledge of English, which, obviously, he quickly mastered, though he was — as one might expect — teased unmercifully by his early contemporaries for his inability to speak English,” Humphrey said.

Gracia's areas of research included metaphysics, ethnic and racial issues, philosophy of religion, and medieval and Latin American philosophy. These topics led him to author over 20 books and edit more than two dozen volumes of works by others. One of his most notable contributions was his 1984 edited anthology on Latin American philosophy, "Philosophical Analysis in Latin America," which was the first work of its kind published in English by a philosopher.

Gracia worked for the State University of New York at Buffalo from 1971 until he retired in January 2020 as SUNY Distinguished Professor and Samuel P. Capen Chair in the departments of philosophy and comparative literature.

“I contributed two papers to one of his final books, 'Forging People: Race, Ethnicity, and Nationality in Hispanic American and Latino/a Thought,' which was devoted to examining the concept of Hispanicity, a topic that grew from his training in medieval philosophy at the Pontifical Institute at the University of Toronto, where he completed PhD studies,” Humphrey said.

Castañeda was a Guatemalan American philosopher who emigrated to the U.S. in 1948 as a refugee. He attended the University of Minnesota to earn his bachelor’s, master’s and PhD degrees.

After graduating with his PhD, Castañeda studied at Oxford University for a year before returning to the U.S. to work at Duke University for a short period of time. He went on to work at Wayne State University, where he founded the philosophical journal Noûs, which is still in production to this day.

Eventually, he moved to Indiana University in 1969 and became the Mahlon Powell Professor of philosophy as well as that university's first dean of Latino affairs.

“Héctor-Neri Castañeda worked on issues of identity, though at a much higher level of abstraction than Jorge,” Humphrey said. “When in the late '70s, during my chairmanship of the philosophy department, we were seeking to upgrade the visibility of the department, we tried to recruit Hector, but we weren’t in a position to support his journal, Noûs, so he stayed at Indiana.”

Castañeda is most notable for developing the guise theory, which applies to the analysis of thought, language and the structure of the world through abstract objects. He is also credited with the discovery of the concept of the quasi-indexical or quasi-indicator. This is a linguistic expression in which a person referencing another can shift from context to context, much like in the way ‘you’ can refer to a specific person in one context and another person in a different context.

In addition to his research, he was awarded a fellowship from the Guggenheim Foundation and received grants from the National Endowment for the Humanities, the Andrew W. Mellon Foundation and the National Science Foundation. He was also given the Presidential Medal of Honor by the government of Guatemala in 1991, among many other accomplishments.

In every culture across time, rituals and symbols have endured because they help us to bond with each other and give meaning to our shared experiences. On college campuses and locations, these welcoming traditions bring the old and the new together with the former passing on the baton of cherished memories, legacy and kinship to the latter.ASU Local, Arizona State University’s newest college exp... 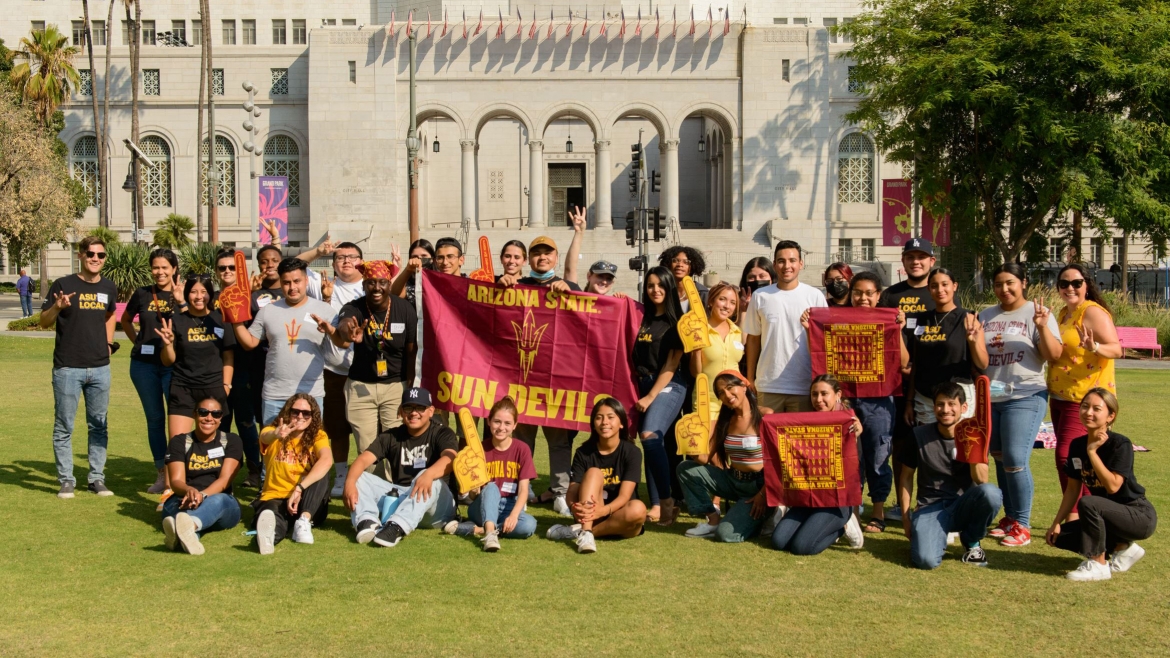 In every culture across time, rituals and symbols have endured because they help us to bond with each other and give meaning to our shared experiences. On college campuses and locations, these welcoming traditions bring the old and the new together with the former passing on the baton of cherished memories, legacy and kinship to the latter.

The welcoming ritual, called "Sun Devil Social," brought excited incoming students together with returning students who were reunited with peers and mentors after months of being apart due to COVID-19-related restrictions.

Outfitted in ASU Local shirts and with plenty of water and cookies, students gathered in circles with their coaches to participate in a “commencement” ritual, reclaiming a word that most colleges and universities often associate with graduation and conclusions. Instead, it dug deeper into the word’s original meaning – “the act of starting.”

The ritual celebrated new beginnings, ignited new friendships and rekindled ones from the previous year. Students participated in a ceremony during the ritual — rose, bud and thorn — designed to help them connect to each other and get a deeper understanding of the anxieties and hopes that they hold in common for the upcoming academic year in order to release them. A rose was an experience to be proud of or grateful for. A bud represented the uncertain outcome of a plan or goal that has the potential to either bloom or wither. And a thorn stood for a challenging or problematic situation. 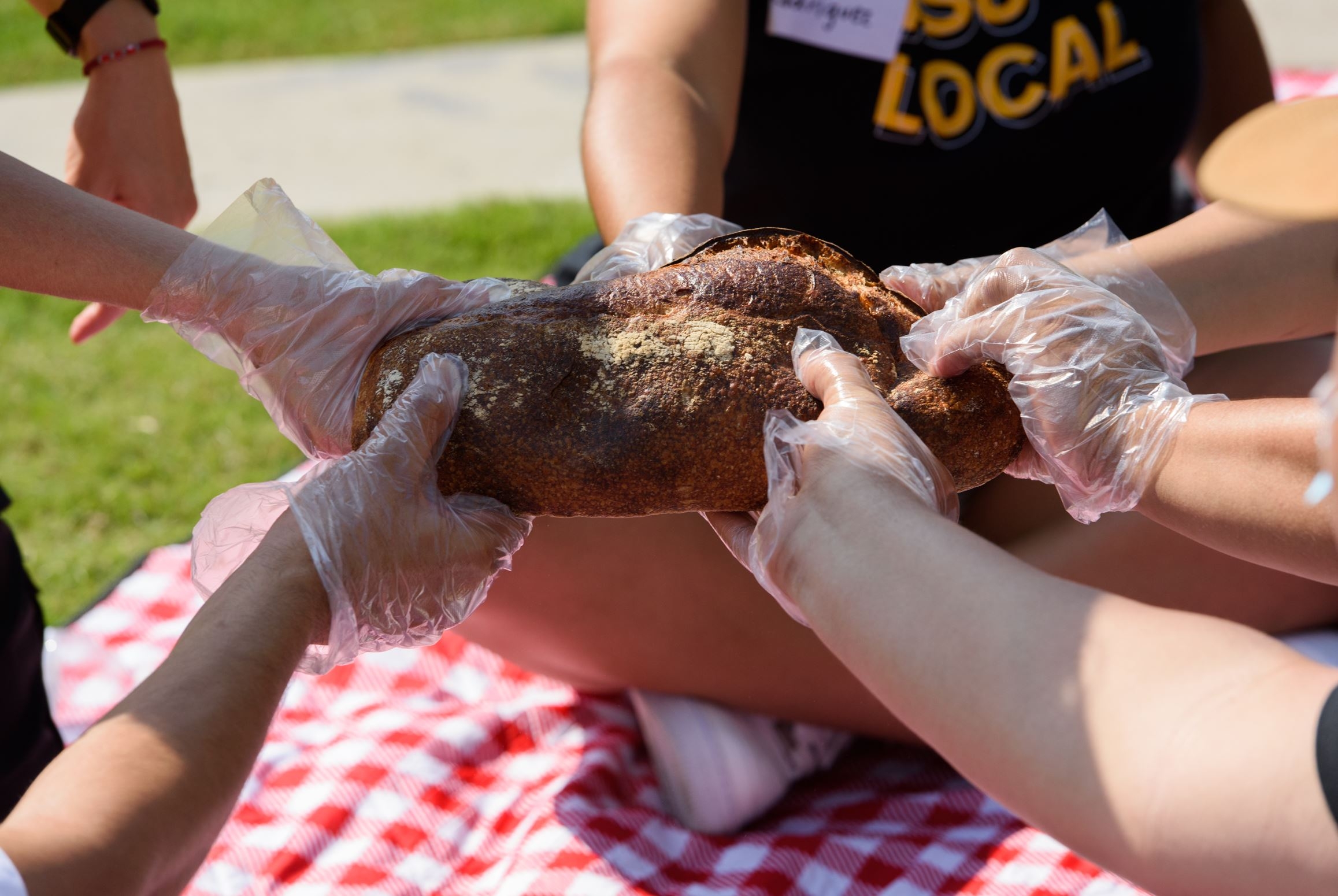 ASU Local students break bread to symbolize the start of a new and optimistic semester during a welcome ritual in downtown Los Angeles. Photo by DDMA

The ritual encouraged students to “break bread” together both symbolically and literally. Working in small cohorts, they shared their rose and bud revelations, congratulating and supporting each other throughout the process. Finally, students released their unwanted thorn experiences, holding onto the ones listed as rose and bud ones, to commence a new and optimistic academic year.

"We were able to feel that community and that warmth that we all have to bring to this safe space," said Carolina Dominguez, an ASU Local student who participated in the event. "The students were able to feel it. And I think everybody here, even the staff, was able to know that this is a safe space where we want to reach new levels of intellect and just try to grow as people." 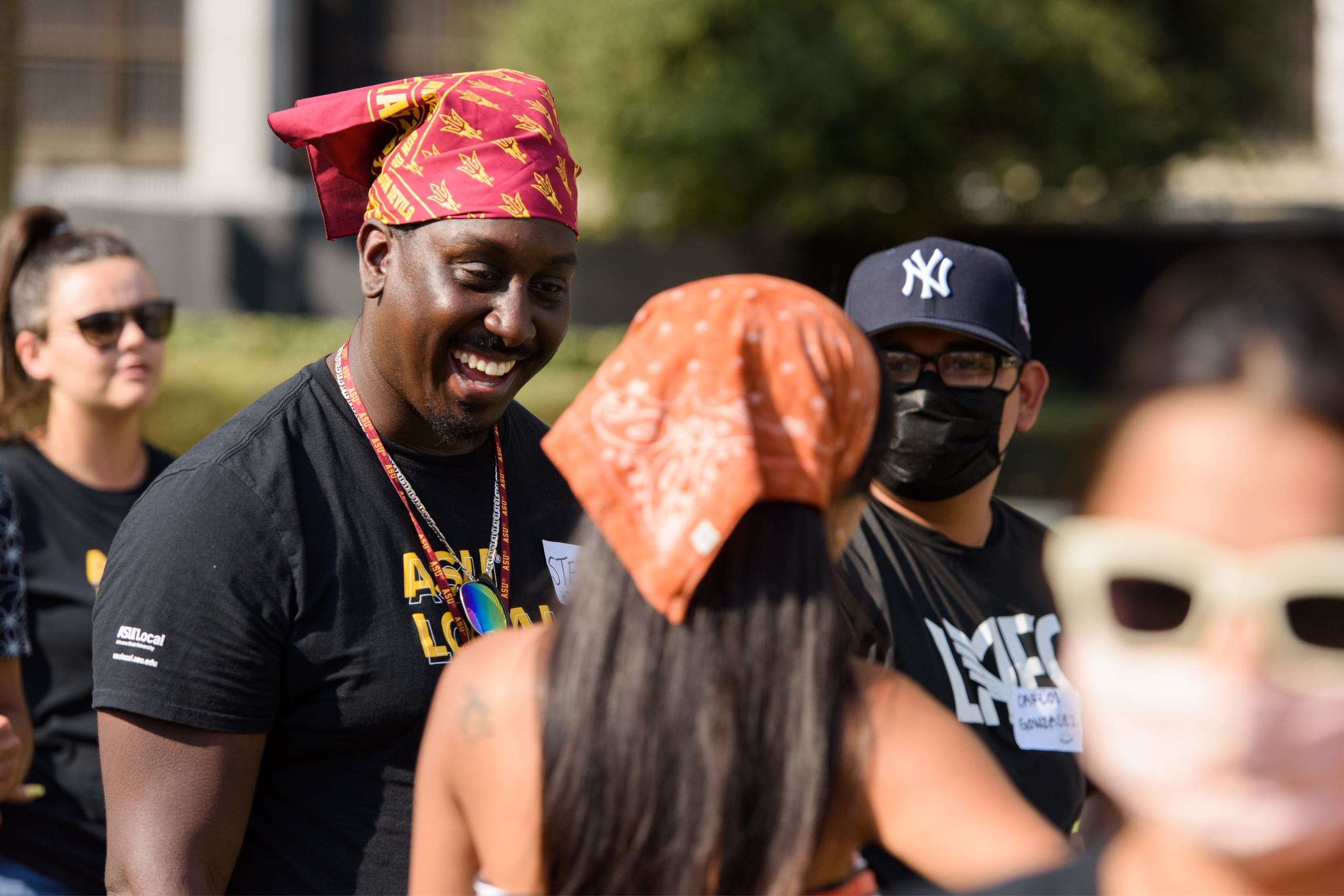 The pandemic showed us that it is possible to learn in a completely virtual space. But as head of ASU Local, Martha Juarez says that a big part of the academic and student experience involves coming together in person to collaborate and share ideas.

“ASU Local’s hybrid university experience not only focuses on students being successful and getting that college degree, but also on building communities and relationships — and building the self-awareness and skills they need to succeed and thrive in life,” Juarez said.

The hybrid model gives students the flexibility to complete their coursework online, while also having the opportunity to learn and interact on site with other ASU students and professionals.