Biodesign Institute scientist John McCutcheon the first at ASU to earn the position, which comes with roughly $9M over seven years

For the first time, an Arizona State University researcher has been selected as a Howard Hughes Medical Institute (HHMI) Investigator. HHMI, a nonprofit research organization, announced today that biologist John McCutcheon is one of 33 scientists chosen for this prestigious position in 2021.

The HHMI Investigator program currently supports over 250 researchers at more than 60 research institutions across the U.S. With the new cohort of researchers, the organization is investing an additional $300 million in the program. Each new investigator will receive roughly $9 million over a seven-year term, which is renewable pending a successful scientific review. This funding model allows HHMI researchers to focus on their science.

“Being selected as an HHMI Investigator is an incredible honor. The flexibility and stability of HHMI funding is unique in American science, and it will allow my lab to pursue difficult, long-term work that is nearly impossible with traditional funding mechanisms. It’s incredibly exciting,” said McCutcheon, associate director of the ASU Biodesign Center for Mechanisms of Evolution and a professor with the School of Life Sciences.

“To truly tackle the world’s greatest challenges, researchers need to be empowered to explore, experiment and uncover truths about our world,” said Sally C. Morton, executive vice president of Knowledge Enterprise at ASU. “This kind of scientific freedom is both an incredible luxury and responsibility. Dr. McCutcheon is well-equipped to translate this generous opportunity into concrete progress in our understanding of nature and our place in it.”

McCutcheon studies bacteria with a complicated living arrangement: They reside within the cells of sap-eating insects called mealybugs, where they provide nutrients that the insects can’t make themselves or get from food. In return, the insects supply materials the bacteria can’t make on their own.

He is exploring this partnership to better understand events that occurred more than a billion years ago. Back when all life was single-celled, one cell engulfed another and struck up a relationship that eventually gave rise to mitochondria — internal energy plants that power organisms from yeast to humans. Millions of years later, a different cell took in a photosynthetic bacterium, eventually leading to chloroplasts – an essential step in the evolution of plants and algae.

“We study how bacteria infect animal cells and become near-permanent, long-term parts of these cells. Our hope is that some of this work will help us better understand how the mitochondria and chloroplasts came to be, and how they function today,” said McCutcheon. 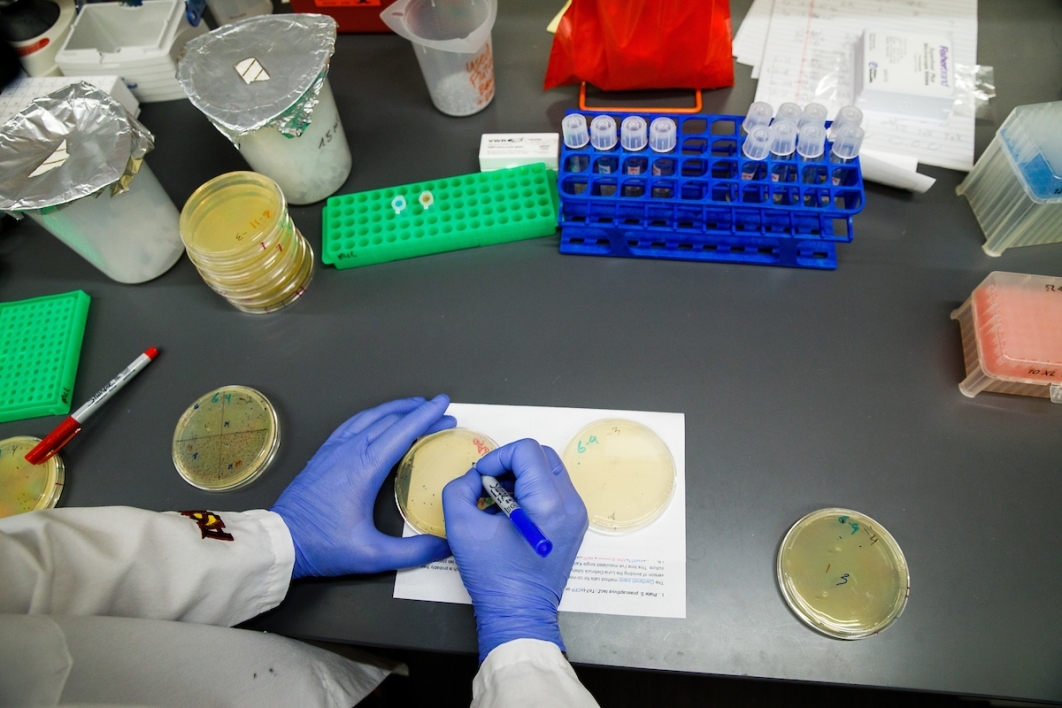 Members of Professor John McCutcheon's lab study how bacteria infect animal cells and become near-permanent, long-term parts of these cells. One goal of their work is to learn how mitochondria and chloroplasts function. 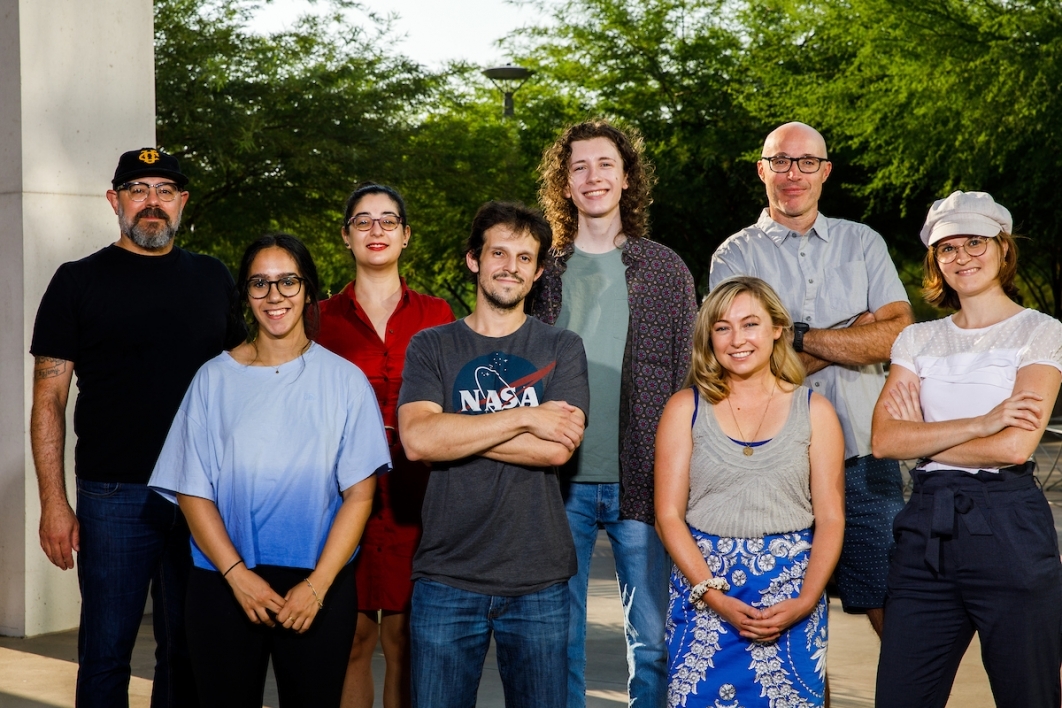 Symbiotic relationships between insects and intracellular bacteria might represent an in-between stage of this transformation. The bacteria McCutcheon studies have tiny genomes. He has found that they rely on proteins made by their mealybug hosts, which has enabled them to downsize their DNA. This parallels the import of cellular materials into chloroplasts or mitochondria, which have tiny genomes of their own. As McCutcheon looks for clues to the evolutionary past within this long-standing symbiotic relationship, he is also exploring newer insect-bacteria partnerships, hoping to learn how organisms adapt as symbioses become established.

“The research that Dr. McCutcheon is involved in has the potential to provide critical insights into important biological processes,” said Joshua LaBaer, executive director of the Biodesign Institute at ASU. “These insights could help deliver new innovations to improve human health. We are thrilled that he has been chosen for this exciting and important endeavor.”

“HHMI is committed to giving outstanding biomedical scientists the time, resources and freedom they need to explore uncharted scientific territory,” said HHMI President Erin O’Shea. By employing scientists as HHMI Investigators, rather than awarding them research grants, she says, the institute is guided by the principle of "people, not projects."

To date, 32 current or former HHMI scientists have won the Nobel Prize. Investigators have made significant contributions across many research areas, including HIV vaccine development, microbiome and circadian rhythm research, immunotherapy, SARS-CoV-2 biology and potential therapies and vaccines for COVID-19.

McCutcheon was chosen from more than 800 eligible applicants. He earned his PhD in computational biology from Washington University, an MS in human genetics from the University of Utah and a BS in biochemistry from the University of Wisconsin at Madison. Among many honors, McCutcheon is a fellow of the American Academy of Microbiology and a fellow of the American Association for the Advancement of Science, and he earned a Presidential Early Career Award for Scientists and Engineers (PECASE).

Top photo: Professor John McCutcheon is the first researcher at Arizona State University to be named a Howard Hughes Medical Institute (HHMI) Investigator. This program provides each investigator with roughly $9 million in support over a seven-year term.

The Arizona State University Alumni Association and the Sun Devil Club will celebrate the silver anniversary of the 1996 Sun Devil football Pac-10 champions at the Legends Luncheon on Oct. 29. ... The Arizona State University Alumni Association and the Sun Devil Club will celebrate the silver anniversary of the 1996 Sun Devil football Pac-10 champions at the Legends Luncheon on Oct. 29.