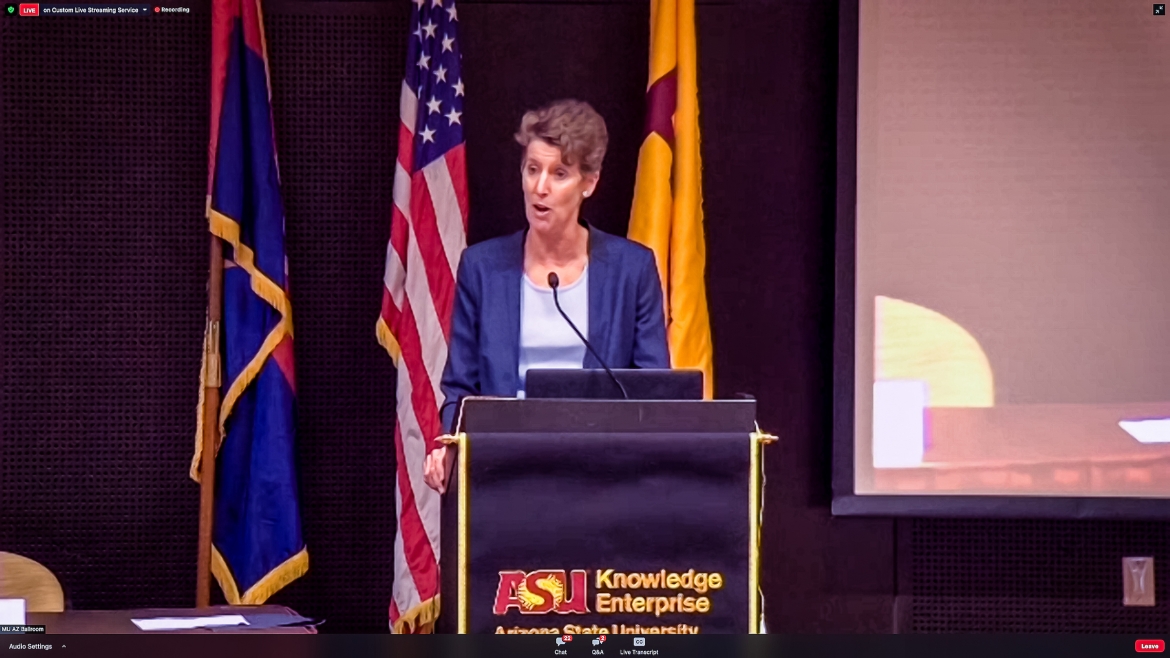 ASU to Congress: Help us win globally in tech

Arizona’s five Cs have historically been the backbone of the state’s economy.

That’s not going to cut it in the 21st century. For the Grand Canyon State to truly thrive, it will need to become the center of advanced microelectronics.

That was the theme of discussion at the annual Congressional Conference on Aug. 20 at Arizona State University, themed “Growing Arizona’s Technology Future.” The event featured panels and attendees that included members of Congress, mayors and industry experts.

University President Michael Crow opened the daylong event with a call to arms. 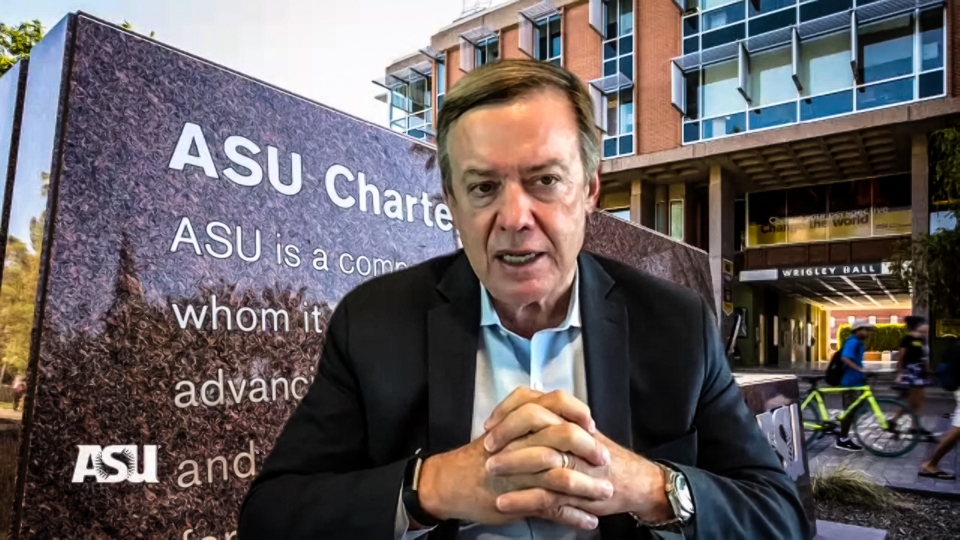 What is being called the New Economy Initiative — where engineering is the backbone of Arizona’s success — dovetails with other desirable outcomes, Crow said.

“It turns out that the future of many of the things that we'd like to achieve in in advanced manufacturing and advanced economies, in high-value outcomes, in systems that improve our energy outcomes, are environmental outcomes, are water outcomes — personal safety, our health, our well-being,” he said. “Advanced microelectronics offer us tools and opportunities to advance on every front in every possible way.”

The School of Manufacturing Systems and Networks is designed to address next-generation engineering challenges.

International competition is fierce. Microelectronics are in everything, but the U.S. represents only 12% of global microchip manufacturing, Arizona Sen. Mark Kelly said at the conference. There is also a lack of domestic testing facilities.

“We need to develop these lab-to-fab capabilities right here,” Kelly said. “And I believe one of the best places to locate these capabilities is at Arizona State University.” 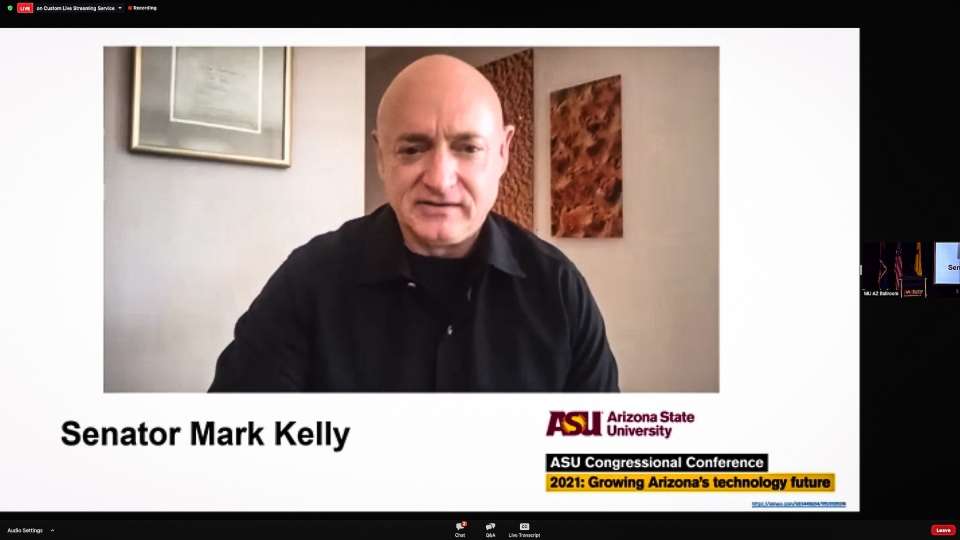 China has a long-term policy on this, said Eric Hennenhoefer, co-founder and CEO of Cerfe Labs.

“They just invested $150 million in memory, and they have a whole quarter and they plan to hire thousands of people in Shanghai to do it,” Hennenhoefer said. “The part of the message, which is really more to the government, is that if you really want to move this industry back (to the U.S.), you need to make sure you subsidize the whole ecosystem.”

There are more than 150 microprocessors in a car, he pointed out. With the global supply chain so complicated, without one part, you can’t make the car.

There is no monopoly on smart people and brains, said Raja Suresh, director of research at General Dynamics.

“There are smart people all over the world,” Suresh said. “The only way to stay ahead is to constantly keep inventing and leave the competition in the dust. That's the only way to succeed.”

Sally C. Morton, the head of ASU’s Knowledge Enterprise, an organization with annual research expenditures of $640 million, said a lot is in place for success to happen.

“We can train the workforce needed to lead the U.S. in microelectronics manufacturing, and we have the strong industrial base to put the chips into the products that need them,” Morton said. “Now, Arizona must become the focal point for innovation, research and development of the next generation of microelectronics.”

Arizona has more potential than any other state to become the model for what a successful economic democracy is all about, Crow said.

“I think that in Arizona, we have the early seeds all in place right now to become, not the American center for advanced microelectronics design, development and manufacturing and systems integration, but the global center,” he said.

Top image: Sally C. Morton, the executive vice president of Knowledge Enterprise, was the emcee at the ASU Congressional Conference webcast on Aug. 20. The conference theme was “Growing Arizona’s Technology Future.” The event featured several speakers and four panel discussions all with the general focus on turning the state into the global development and manufacturing center for microelectronic systems. Screenshot by Charlie Leight/ASU