Humans have an intimate relationship with food. It’s complex too. What seems like a good food may in fact not be so good. What seems like a detrimental quality of a food may not actually matter too much. The important thing is to consider it as a whole.

For example, it has commonly been thought that the types of carbohydrates in a food could affect the amount of fat you store as a result of eating it. The idea is that if you regulated the types of carbs you consume, you may be more successful in taking the pounds off. This in essence is the debate of fast carb versus slow carb foods. Fast carb foods — for example, white bread, white rice and potatoes — cause a rapid increase in blood sugar when consumed, raising insulin in the body and contributing to the storage of fat. Slow carb foods — for example, bran flakes, some pastas, apples — only increase sugar in the blood modestly and have been thought to contribute to weight loss.

Now, an Arizona State University exercise physiologist says that rule of thumb has no scientific evidence to support it.

In a new paper in Advances in Nutrition, Glenn Gaesser, a professor in the College of Health Solutions, says though the glycemic index of a food can be important for certain conditions, putting weight on or taking it off are not among them. The article, “Does Glycemic index matter for weight loss and obesity prevention? Examination of the evidence on fast compared with slow carbs,” is based on an exhaustive literature review of existing studies on glycemic index.

"The popular notion that fast carbs make us fat is a myth." 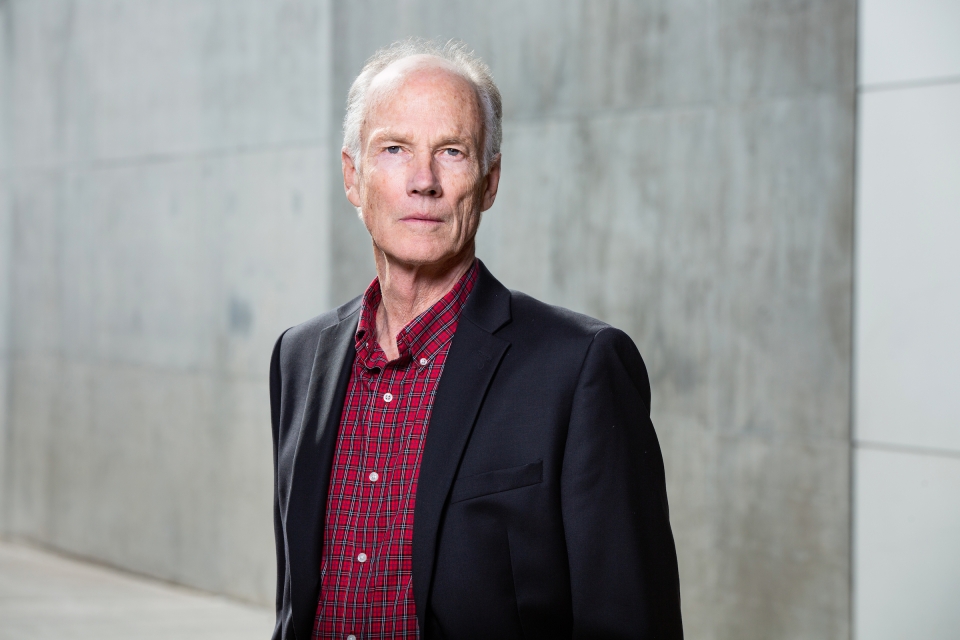 “Popular consensus says that so-called fast carbs are making us fat, and that so-called slow carbs are better for weight loss,” Gaesser said. “The science, however, shows nothing of the sort.”

Gaesser answered a few questions about the new study, which included co-authors Julie Miller Jones of St. Catherine University, Minneapolis, and Siddhartha Angadi of the University of Virginia, Charlottesville.

Question: What are the key findings of this study?

Since blood sugar stimulates secretion of insulin, fast carbs invariably result in much greater increases in insulin, and insulin can accelerate storage of fat on the body. Because of this, a widely held belief among many in the nutrition world is that fast carbs make us fat, and slow carbs are better for weight loss. Our review of the literature demonstrated that there is absolutely no convincing evidence to support this view of fast and slow carbs. The popular notion that fast carbs make us fat is a myth.

Q: How did you determine that?

To answer the first question, we examined all relevant epidemiological studies that provided information on dietary glycemic index and body mass index (a measure of weight relative to height) of study participants. We found results from 43 different populations, with a total of nearly 2 million men and women. There was essentially no difference in body mass index of people who consumed a high-glycemic index diet compared to people who consumed a low-glycemic index diet. This was true for both men and women, young and old. Glycemic index appeared to be unimportant as a determinant of body weight.

Together, the evidence from epidemiological studies and randomized controlled trials shows that slow carb diets are not superior to fast carb diets for weight loss and obesity prevention.

Q: What does this mean for the claims of slow carb diets?

A: It is important to note that our findings are specific to the issue of body weight. There are other health outcomes for which glycemic index may be important. For example, a number of epidemiological studies show that a slow carb diet is associated with lower risk of certain chronic diseases, such as diabetes and cardiovascular disease. So we are not saying the glycemic index is entirely unimportant for overall health. Our study just illustrates that glycemic index is unimportant for weight control.

Q: So, if slow carbs or fast carbs don’t affect weight loss, what should a person who wants to lose weight do?

A: The most important factor for weight loss is creating a calorie deficit, regardless of the composition of the diet. This can be achieved with virtually any diet. The problem is sustaining the reduced calorie intake. Long-term weight-loss maintenance is very challenging.

Exercise has been shown to be a good predictor of weight-loss maintenance and allows the dieter more flexibility and options with regard to food choices. Aside from weight-loss maintenance, exercise is an essential ingredient in a healthy lifestyle. It is also important to emphasize that the health benefits of a diet are determined more by the “quality” of the diet than the number of calories. Diets that include lots of fruits, vegetables, whole grains, nuts and legumes invariably produce health benefits, even in the absence of weight loss.

Q: How does this affect our understanding of the food we eat and how it interacts with our bodies?

A: This is a difficult question to answer because of the tremendous variation among people with regard to how foods affect our bodies. We focused on carbohydrates, specifically how the glycemic properties of carbs impact body weight. In our review we looked at studies that examined the validity and reliability of measuring the glycemic index of foods. These studies showed that the glycemic index is a very imprecise measure of the glycemic response of a food when consumed as part of a meal, and that there is large variability among people with regard to glycemic responses to any given carbohydrate.

Five new faculty members joined the School of International Letters and Cultures this fall, bringing their expertise on a range of topics including Spanish, Vietnamese, Chinese and American Sign Language. “My research has been on second language speech, heritage language learners, bilingualism and Vietnamese curriculum development. I am also a learner of several Southeast Asian languages and have a passion for tonal languages,” Sakach said.

“One of my favorite memories of my academic career was the time a classmate in a graduate program and I were discussing our research projects on pronunciation. We were in a study room on Level 1 of the library of Ohio University, where we could find a wonderful collection of Southeast Asian studies. We both had the same interest in Southeast Asian languages, especially pronunciation learning and teaching. The discussion went on with a lot of ‘I don't know’ and we didn't know that we would become life partners a year later.”

She enjoys how the warmth and beauty of the Valley makes her appreciate the water, trees and shades of the Sonoran Desert. 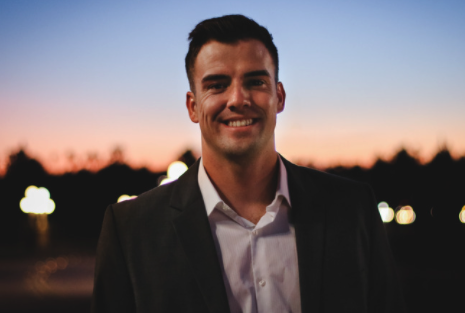 Cary joins the school as an instructor of American Sign Language. Before coming to ASU, Cary was an elementary school teacher for California School for the Deaf in Riverside, California, and a part-time ASL instructor for Santa Ana College and San Bernardino Valley College. He has a bachelor's degree in liberal studies and a master's degree in higher education leadership and student development from California Baptist University, with a research focus on deaf and hard-of-hearing students.

In his academic career, Cary has gone above and beyond for his students, incorporating several ASL activities and games to keep students engaged and have the most fun possible in the classroom.

“I like to use a series of images of well-known characters and have a student come up to the front to do their best to act out that character without using any words and have the audience guess who the character is,” Cary said.

Currently, his hobby is cycling, and he finished a 70-mile ride in Paso Robles, California, this year. He also enjoys scuba diving, spearfishing and hiking: “One of my best trips was when I hiked to the top of White Mountain Peak.” 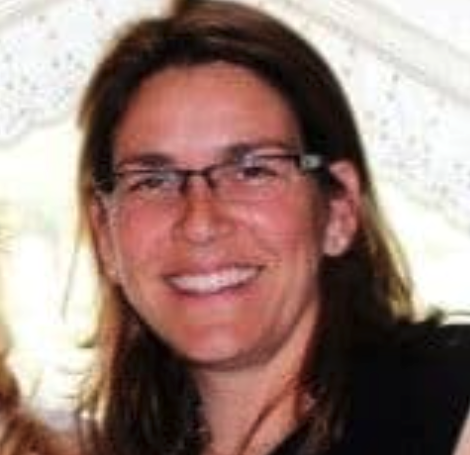 Moriarty joins the school as an instructor of American Sign Language. She has a doctorate degree in physical therapy and has been teaching ASL and deaf culture for over 10 years. She was an adjunct professor at ASU for several years and taught all levels of ASL at Mesa Community College, Phoenix College, Estrella Mountain Community College and Glendale Community College.

“I like to volunteer, as I have volunteered for Ahwatukee Children’s Theater yearly to teach children ages 5 to 18 ASL songs so they can use sign language in their performances on stage," Moriarty said. "I offer seminars for parents of deaf children to educate them on what they can do to better their children’s future, and I volunteer with the Community Health Mentor Program for NAU, ASU and the University of Arizona for a group of interprofessional health care students. Teaching is my passion. Each year I am blessed to meet so many wonderful students from all walks of life. I hope to make an impact and inspire them to be the best at whatever they choose to do. Every one of those students brings joy to my classroom, and those are my favorite memories.”

Moriarty’s experience goes beyond the classroom. She worked as an ASL master for a Netflix series to increase understanding of deaf culture and etiquette, working with actors, writers and producers, teaching them sign language.

Outside of work, Moriarty loves to spend time with her wife and three dogs and enjoys traveling. “I love to travel to Europe, but my next big trip is to South Africa,” she said. 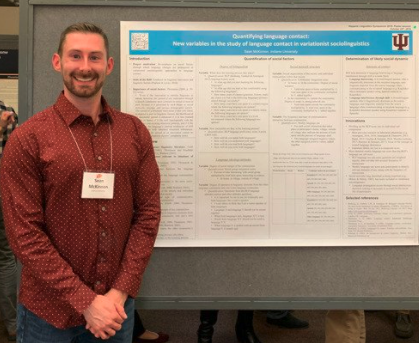 McKinnon joins the school as an instructor of Spanish. Prior to ASU, McKinnon was a visiting lecturer in the Department of Spanish and Portuguese at Indiana University Bloomington.

One of his favorite memories is when he conducted his dissertation research in Guatemala.

“In order to investigate bilingual grammar and pronunciation, I recorded speech samples from my participants, so I interviewed them about their life. I was humbled by the very personal stories they would share with me and how much I learned about how their individual experiences fit into the history, customs and traditions of Guatemala,” McKinnon said.

Beyond the classroom, McKinnon enjoys cooking new recipes, improving lifts at the gym and spending time with his dog, Dexter.

"We’re looking forward to being outdoors more and exploring all the hikes, trails and parks that Arizona has to offer,” he said. 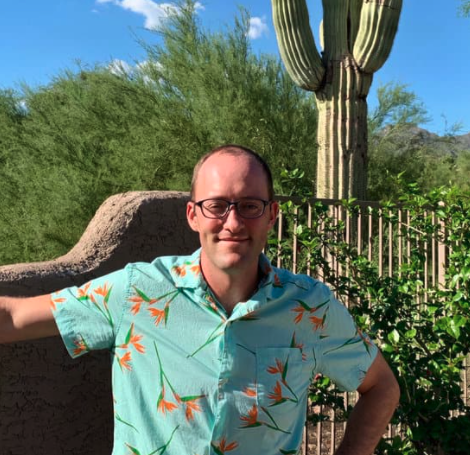 Williams was a math major in college when his interest in Chinese literature was first sparked.

“Over the years my interests have shifted somewhat, but the theme throughout has been the way that Chinese literary forms, especially poetry, are used to represent different sensibilities and worldviews. Recently I have spent quite a bit of time working on the anthology called "Chuci" or "Elegies of Chu," which foregrounds the magical and mystical side of ancient China,” Williams said.

He ended up receiving a PhD from the Department of Asian Languages and Literatures at the University of Washington.

“Most of my research is on works of literature that are not exactly recent — the poems in the ‘Chuci’ are mostly over 2,000 years old," Williams said. "But because Chinese writers have continued to reuse literary forms, devices and images, even new poems from the 21st century can be written within the same tradition. Although I study classical Chinese literature, I have also translated a volume of poetry in the classical style by a polymath named Jao Tsung-i, who passed away only in 2018. Meeting him in person while I was in the process of translating his very archaic-seeming poems was an unanticipated delight of my career so far.”

Outside of the classroom, Williams enjoys jogging outdoors, even in the Arizona summer.