Jessica Sims, a third-year student in Barrett, The Honors College at Arizona State University, has spent her summer in intensive Russian language training as a recipient of the Critical Language Scholarship sponsored by the U.S. Department of State.

“I was exhilarated to be chosen for the (scholarship)! I have always been passionate about learning languages and was so excited to have this opportunity to continue my study of Russian,” said Sims, who is majoring in political science and minoring in sustainability. 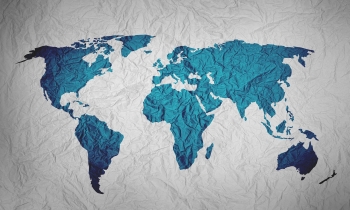 Sims is one of three students with ties to ASU who were awarded the 2021 Critical Language Scholarship and are participating in the intensive program for American college and university students to learn languages essential to the United States’ engagement with the world.

Layne Philipson studied the Russian language and post-Soviet geopolitics and ethnic conflict, particularly the conflict between Russia and Chechnya, as an undergraduate at ASU. She received a bachelor’s degree in Russian last year. She is studying Russian with the Critical Language Scholarship this summer.

The scholarship funds students who study one of the 15 languages identified by the U.S. government as “critical-need foreign languages.” The Critical Language Scholarship program is part of the National Security Language Initiative, a wider government effort to expand the number of Americans studying and mastering foreign languages that are critical to national security, economic prosperity, a globalized workforce and increasing national competitiveness. The program, which is eight to 10 weeks long depending on the language being studied, includes 20 hours per week of language classes.

The scholarship is open to all students enrolled in U.S. colleges and universities in all disciplines, including business, engineering, law, medicine, sciences and humanities. It is a fully funded program, covering all costs associated with travel to and living and learning in the countries of language study, as well as pre-departure orientation in Washington, D.C. However, due to the worldwide novel coronavirus pandemic, this year’s program is being conducted online.

Dr. Laurie Stoff, an Honors Faculty Fellow at Barrett, The Honors College, said the scholarship is “the most prestigious language program for U.S. citizens.”

Stoff, a Fellow and Faculty Mentor in the Lorraine W. Frank Office of National Scholarship Advisement housed at Barrett, The Honors College on the ASU Tempe campus, advises students applying for the scholarship and helps them refine their application essays.

The process of getting into the Critical Language Scholarship program is very competitive, according to Stoff.  Applicants must complete an extensive, 18-page application that includes four short written essays on their adaptability, resilience, cultural openness, commitment to language study and preparation for the program. They also must write a longer essay detailing the significance and necessity of their language study and how they’ll apply it to their future education and career.

Students applying to programs that required previous study of the language — Arabic, Russian, Korean, Portuguese, Chinese and Japanese — are required to submit an assessment of their language skills.

Award recipients are selected based on merit, their academic record, potential to succeed in a rigorous academic setting, ability to adapt to a different cultural environment, diversity, and plans to continue studying their chosen language and use it in their careers.

According to Stoff, 33 ASU students applied for the 2021 Critical Language Scholarship. Three were awarded the scholarship, while three were chosen as alternates.

“It is very significant to have three (scholarship) recipients this year. With an acceptance rate of less than 10%, the (scholarship) is one of the most competitive study abroad scholarships available to citizens of the United States,” Stoff said.

We caught up with this year’s recipients to get their thoughts about the program and how it fits into their future plans. Here’s what they had to say: 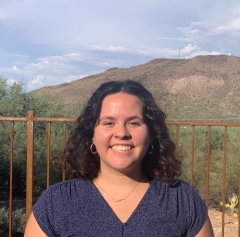 “Everything we do is in Russian and at first it was intimidating to learn Russian grammar in Russian, but it has rapidly improved my listening comprehension skills,” she said.

In addition to classes, Sims has participated in Russian cultural activities, including music and traditional cooking.

Twice a week, she consults one-on-one with Russian professors. She also meets with a language partner, a fluent Russian speaker, for two hours per week to practice conversation skills.

“CLS participants were paired with people who have similar interests, so it has been a great experience to build a friendship with a native Russian and improve my ability to interact with people outside of a school environment,” she said.

After completing her bachelor’s and master’s degrees, Sims plans to attend law school. 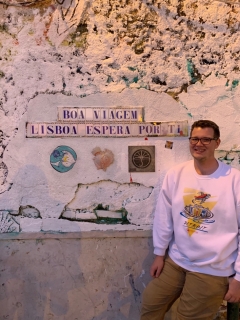 “It was such an honor and it helped affirm my goals to study Portuguese and pursue international academic and professional opportunities,” Courval said about receiving the scholarship.

Although courses have been online because of COVID-19 travel restrictions, “this has not detracted from the quality and intensiveness of the program,” he said.

Classes include advanced Portuguese language, a special topics class focusing on sustainability and business that is taught in Portuguese, and a Brazilian culture class that includes historical and contemporary topics. There’s also a cultural activity every Friday with a special guest speaker from the program’s host community and meetings with a language partner for informal conversations in Portuguese.

“My favorite activity has been a class about Afro-Brazilian percussion, where a local musician showed us and played a bunch of different instruments that are traditionally used in samba parades,” Courval said.

Courval plans to begin courses for a master’s degree in Latin American studies at University of Utah this fall. He received a fully funded fellowship, the Foreign Language and Area Studies award. He will continue studying the Portuguese language and Brazilian culture in graduate school.

“In the future I would love to work internationally in the field of sustainable development, combining my background in geography and urban planning with my Portuguese language skills and Brazilian cultural knowledge,” he said. 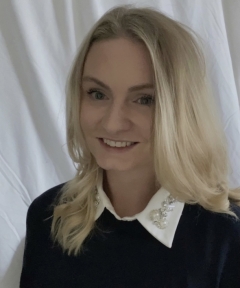 Philipson is a two-time scholarship recipient. She participated in the Russian language program last year and again this year.

“I absolutely loved my time last year and made some lasting friendships, despite the fact that it was over Zoom. This year, I feel far more prepared for the online nature of language learning,” she said.

“What I am most grateful for with (the scholarship) is that I am able to be in a class with other students. (The scholarship) does an excellent job at fostering a community with like-minded students,” she said.

Like other participants, Philipson has two hours of classes each day, including conversation, grammar, media, history, literature and phonetics. She also speaks to a language partner at least twice a week.

Every Tuesday, she attends a “master class” in which students study an aspect of Russian culture. Recent topics have included how to make blini – buckwheat pancakes served with sour cream – and Russian folk songs.

Participating in the program has helped Philipson overcome her fear of speaking Russian.

“(The scholarship) forced me to push that fear and I came out of last year with my favorite aspect of Russian being the speaking part. I thought I loved grammar, but I was fueling my fears of speaking into that subject, and now I love to talk!” she said.

Philipson currently is a graduate student in political analysis at the University College London, where she is specializing in Russo-Syrian and Russo-Central Asian relations. She is working on a dissertation entitled "The Syria Gambit: Russian Mass Media and the Efficacy of Perception Management".

“Through deep analyses into trends in the Russian newspaper Argumenti i Fakti, I am measuring to what extent, if any, the outlet echoes official policies regarding Russia's soft and hard power involvements in Syria. (The scholarship) is particularly relevant in this case, as I am evaluating mass amounts of data in the Russian language that requires sufficient proficiency to understand subtleties in the language,” she said.

This fall, Philipson will begin focusing on international security and the military intelligence process as a student at Georgetown University. Her goal is to use her Russian language skills and knowledge of post-Soviet geopolitics in a position with the U.S. government.

Frank Dillon is the new director of the Center for Applied Behavioral Health Policy in the Southwest Interdisciplinary Research Center.Dillon’s appointment to the directorship, as well as a joint appointment in Arizona State University's School of Social Work and in counseling and counseling psychology at the College of Integrative Sciences and Arts, became effective July 1.“Our school is ...

Frank Dillon is the new director of the Center for Applied Behavioral Health Policy in the Southwest Interdisciplinary Research Center.

Dillon’s appointment to the directorship, as well as a joint appointment in Arizona State University's School of Social Work and in counseling and counseling psychology at the College of Integrative Sciences and Arts, became effective July 1. 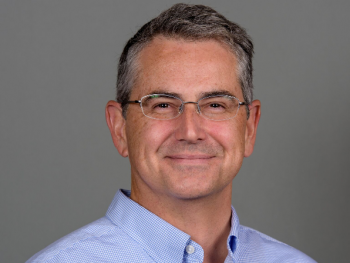 “Our school is very fortunate to have Dr. Frank Dillon join us as the new director of the Center for Applied Behavioral Health Policy within SIRC,” said School of Social Work Director Elizabeth Lightfoot. “His research focus on health and mental health disparities, with a particular interest in issues facing the Latinx population and sexual minorities, fits perfectly with the mission of the School of Social Work. I look forward to working with him.”

The Southwest Interdisciplinary Research Center and the Center for Applied Behavioral Health Policy are both housed in the School of Social Work, which is based in the Watts College of Public Service and Community Solutions. The two centers integrated in February 2021 to strengthen their research capacities and community partnerships.

Dillon will work from the centers' offices at the Arizona Center in downtown Phoenix.

Dillon said he is mainly interested in building from the strong foundation established by his director predecessors, Natasha Mendoza and Michael Shafer.

“(The center) is known as the center to look toward for behavioral health-related program evaluation and research in Phoenix. I’d like to continue growing that,” said Dillon, who plans to continue with the center’s training initiatives. These would provide an opportunity to train local behavioral health workforce organizations as well as be a resource for the university in training needs, he said.

“Now I have a joint appointment that finally integrates the two,” he said.