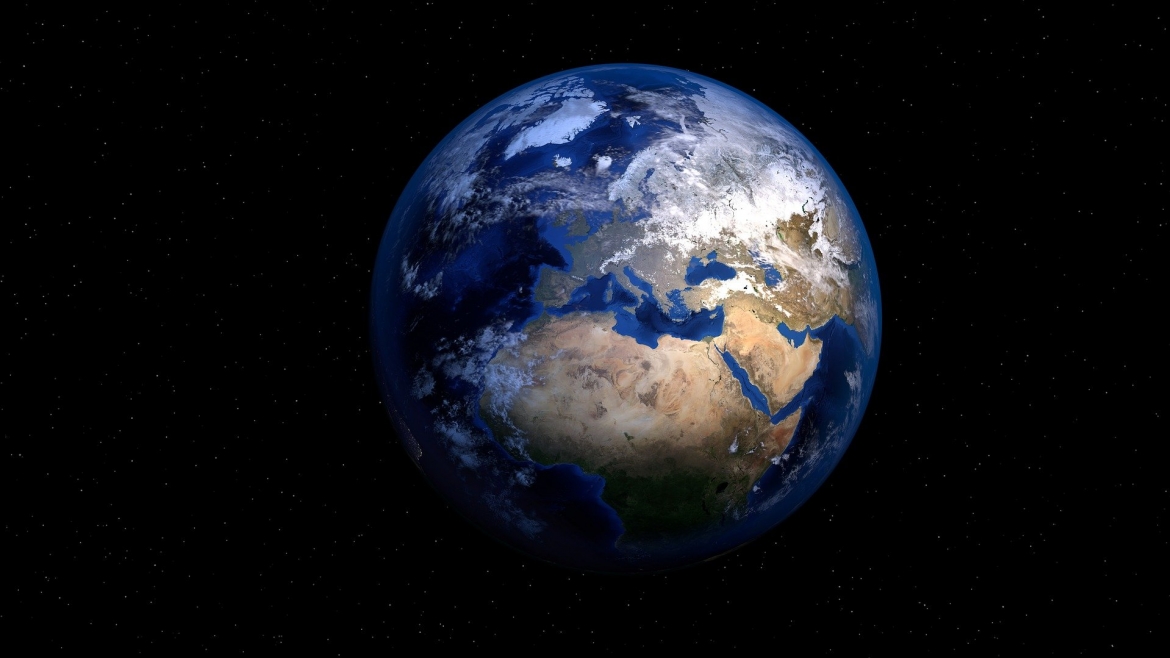 People around the world agree: Too busy to lose the weight

During the Baroque era, Peter Paul Rubens painted lush figures. In Imperial China, a plus-size woman was a classic beauty by the standards of the time. In Gilded Age America, tycoons like J.P. Morgan were often what fine men’s clothiers today refer to as “ample gentlemen.” The impression that others had was of more wealth, more food and less manual labor.

It wasn’t until after the turn of the 20th century that the first weight loss ads appeared. Flappers in the 1920s were an early sign of new standards. By the time the British supermodel Twiggy became "the face of 1966," the “skinny” ideal had taken hold. But not everywhere. Elsewhere, different cultures still had different ideals of beauty.

Now even that’s changing, according to a new book published in June by a group of anthropologists at Arizona State University.

"Fat in Four Cultures: A Global Ethnography of Weight" looks at how people across four different cultures — Japan, the United States, Paraguay and Samoa — experience being fat. It examines how our bodies impact the way we talk, interact and fit into our social networks, communities and broader society.

“We really were curious to understand how people across the world were experiencing their bodies, and what is the lived reality of fat,” said co-author Cindi SturtzSreetharan, an associate professor in the School of Human Evolution and Social Change.

“What might've been called at one point a gradual shift seems to be shifting much more quickly now,” SturtzSreetharan said. “The chances that the thin ideal is taking root and taking over is very, very high.”

What surprised all five scientists is that the thin ideal has sunk in across the world. Public health messaging in all four countries urges people to watch what they eat, control diabetes and keep a handle on their weight.

And people across the world all say the same things in response: I don’t have time to work out. The food near my office is unhealthy but it’s convenient. I know I should eat better, but healthy food costs too much. Yes, I know traditional food is bad for you, but it’s so delicious.

In all four countries, it became clear that if you want that body that society tells you is ideal, it’s going to be expensive and it’s going to take time.

Not enough time to cook a healthy meal. Can’t buy the right ingredients. Can’t feed the family the way they’d like to. Don’t have the time to exercise.

“These cross-cutting themes were what stood out as super-interesting and a bit surprising to all of us, but fun to find at the same time,” she said. (Ironically, if you go to the book’s Amazon page, everything under “Products related to this item” are diet, keto, smoothie, fasting and wellness books.)

In Japan, the story was that lunch time is short and employees don’t have time to find restaurants that are affordable and have nutritious food.

“So they end up with large bowls of rice with something on top that may or may not have that much vegetables in it,” she said. “And so the caloric intake is very high and then they just go back to their offices where they're mainly sitting.”

In the U.S., the study site was Georgia, where there was a lot of nostalgia for traditional foods: barbecue, greens with fatback or bacon, delicious pies. Everyone knew those foods aren’t healthy but historically they were perfectly appropriate. It’s what great-grandpa ate before he plowed five acres with a mule in the afternoon.

“What we found across the board is that everyone said that the individual person is responsible for their body size,” SturtzSreetharan said. “Tropes that are very common in the U.S. we found just as easily in Japan. So people who don't watch what they eat or don't exercise enough are lazy or not looking after themselves. They don't show enough self care. … And then this often quickly goes into moral judgments about a person. So someone's morality becomes questioned in these ways, around their own so-called ability to take care of their bodies in an appropriate fashion.”

“So each place offered sort of a reflection on the other, in terms of thinking both about stigma and shame, but also thinking then about the actual ways that people imagine their bodies in these spaces as well,” she said.

Would the results have been different if the study had been conducted in Orange County instead of Georgia?

ASU co-authors were Alexandra Brewis and Amber Wutich, both President’s Professors in the School of Human Evolution and Social Change. Other co-authors were Jessica Hardin, an assistant professor in the Department of Sociology and Anthropology at Rochester Institute of Technology and Sarah Trainer, SU ADVANCE program and research coordinator at Seattle University.

Top image: by PIRO4D from Pixabay.

Following a 10-year run as dean of the Sandra Day O’Connor College of Law at Arizona State University, Douglas Sylvester has decided to step down due to personal reasons. Adam Chodorow and Zachary Kramer have been named co-deans in the interim while the university searches for a permanent successor.As part of this transition, ASU has requested that Sylvester continue with the university in a con...

Following a 10-year run as dean of the Sandra Day O’Connor College of Law at Arizona State University, Douglas Sylvester has decided to step down due to personal reasons. Adam Chodorow and Zachary Kramer have been named co-deans in the interim while the university searches for a permanent successor.

As part of this transition, ASU has requested that Sylvester continue with the university in a consultative capacity for the upcoming academic year. 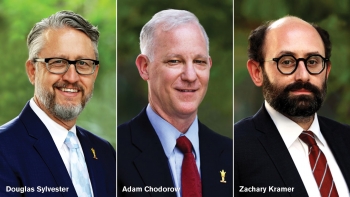 With Douglas Sylvester stepping down as ASU Law dean, Adam Chodorow and Zachary Kramer have been named co-deans in the interim as the university searches for a permanent successor. Download Full Image

Joining ASU Law in 2002 as an associate professor of law and then becoming professor of law a few years later, Sylvester quickly grew as a trusted, innovative leader within the college, first as associate dean for faculty research and development in 2008 before being appointed dean.

“Dean Sylvester served one of the longest tenures of any dean in the 54-year history of ASU’s College of Law, and by any measure it has certainly been one of the most transformative,” ASU Executive Vice President and University Provost Nancy Gonzales said in a message to ASU Law faculty and staff.

“Since becoming dean over a decade ago, Dean Sylvester has played an integral role in transforming ASU Law from a strong regional law school to one of the most important institutions of legal training in the world,” Gonzales said. “Under his leadership, the law school has added dozens of new faculty, almost doubled enrollment of incoming JD students nationally and internationally, increased diversity, achieved financial self-sufficiency — all while moving up to be the youngest law school in the nation ranked in the top 25.”

While the national search for a new dean is underway, interim co-deans Chodorow and Kramer bring several years of experience as professors of law and leaders at the college.

Chodorow most recently has been serving as ASU Law vice dean and the Jack E. Brown Professor of Law. Before joining the faculty in 2004, he clerked for Judge Joseph H. Gale of the U.S. Tax Court. At New York University, he won the David H. Moses Memorial Prize for having the highest cumulative academic average and the Harry J. Rudick Memorial Award for distinction in the Master of Laws Tax Program. Previously, Chodorow was an attorney at Pacific Gas & Electric Company in San Francisco, where he worked on energy-related litigation and regulatory matters, and he also practiced commercial litigation for Shartsis, Friese & Ginsburg.

“I know you will join me in doing all we can to support them in this role,” Gonzales said. “My thanks to Adam and Zak, already outstanding leaders at ASU Law, for stepping forward.”

“Dean Sylvester has been a tremendous leader in every respect,” Kramer said. “Under his leadership, the last decade has been transformative for ASU Law. It has been a huge honor for us to be a part of it.”

Added Chodorow: “We are excited to build on Dean Sylvester’s accomplishments and are looking forward to building an even brighter future. The law school will continue to provide the best possible legal education in the country at the most innovative university in the world. Classes will be live and in-person and have among the brightest and most inclusive group of students anywhere.”