Across nature, symbiotic relationships abound. Recently, a very unusual example of symbiosis at the cellular level was discovered by researchers with the Biodesign Center for Mechanisms of Evolution at Arizona State University, along with international collaborators.

A new study, led by corresponding author Sebastian Hess from the Institute of Zoology at the University of Cologne, describes the discovery of a very rare and enigmatic triple endosymbiosis consisting of a ciliate, a green alga and a previously unknown purple bacterium. 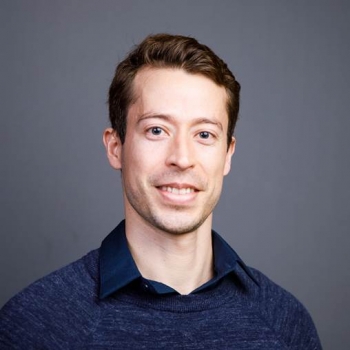 “I think one of the most novel aspects of this discovery is that we found a unique symbiosis that combines drastically different physiological properties into a single organism,” said first author Sergio Muñoz-Gómez, who was able to reconstruct the single genomes of the three symbiotic partners and demonstrated the massive physiological reduction of the purple bacteria. “This symbiosis combines two drastically different kinds of photosynthesis inside a single host that actively swims and feeds on bacteria. The host can also switch between respiration or fermentation based on the environmental conditions.”

Muñoz-Gómez began the work at the University of Cologne and completed it at ASU’s Biodesign Institute.

The intracellular purple sulfur bacterium Candidatus Thiodictyon intracellulare has lost the ability to oxidize sulfur and now supplies a ciliate with energy from photosynthesis.

As the researchers discovered through genome analyses of the pink-green ciliate, the bacterium involved belongs to the so-called purple sulfur bacteria (family Chromatiaceae), but has abandoned the otherwise typical oxidation of sulfur compounds. The genome of the purple bacterium is greatly reduced, suggesting that the bacterium is now primarily in the service of carbon fixation and is no longer viable on its own.

The pink-green ciliate Pseudoblepharisma tenue inhabits the low-oxygen sediments of Simmelried, a bog system near Lake Constance, located where Germany, Switzerland and Austria meet. For several years, Professor Martin Kreutz, an amateur microscopist who is a friend of Hess, has been observing the occurrence of this unusual life form. Since the ciliate cannot be propagated in the laboratory, a lively collaboration has developed between Kreutz and the Cologne researchers. Fresh sediment was sent to Cologne by mail. There, single cells of Pseudoblepharisma tenue were isolated from the samples and subjected to microscopic and genetic analyses.

Considering the observations in nature and the gene repertoire of the symbiosis partners, an interesting picture emerges. Symbiosis has given rise to a previously unknown hybrid creature: a motile and voracious ciliate that simultaneously harnesses light energy in the deeper, oxygen-poor layers of the water. The algae seem to play a minor role in this. Instead, the innovation comes from the oxygen-avoiding purple sulfur bacteria.