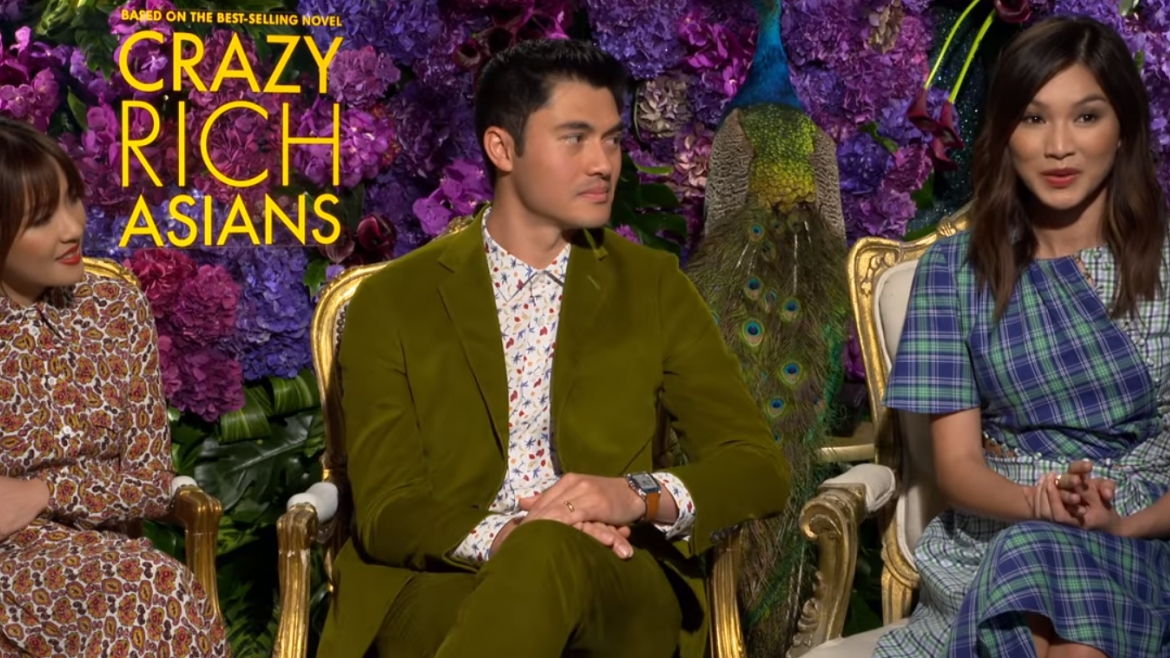 A recent survey of the top 1,300 highest-grossing films released in the U.S. from 2007 to 2019 has revealed just how skewed representation is: Only 44 of those movies had a lead character who was Asian, Asian American or Native Hawaiian/Pacific Islander.

And of those, 14 of the lead-actor roles went to one person — Dwayne “The Rock” Johnson, who is of Samoan and African American descent.

The dismal report was not a surprise to two Arizona State University professors who teach about film.

“The number really doesn’t surprise any of us. We’ve been having this issue for a long, long time,” said Reina Higashitani, an assistant professor in The Sidney Poitier New American Film School and a filmmaker.

Karen Leong, an associate professor of women and gender studies and Asian Pacific American studies in the School of Social Transformation, agreed.

“Asian Americans often are seen as Asian. They’re not understood as being American, and that contributes to this perception that Americans would not be able to identity with Asian Americans — and that’s the assumption by those who invest in films,” she said.

“It’s unfortunate that with COVID-19 and the anti-Asian-American racism and violence this year has been the reason that people are paying attention to Asian Americans, who are seen as doing well and as this ‘model minority.’ ”

The survey, conducted by the University of Southern California with funding by Amazon Studios, also found:

Leong said that the low quality of representation goes back decades. 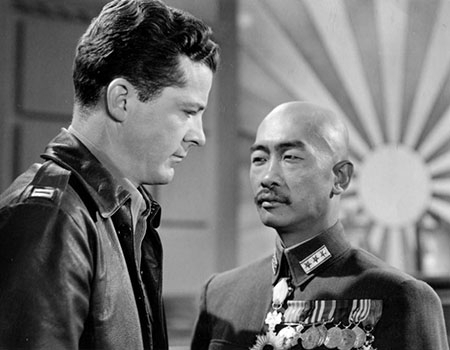 Chinese American actor Richard Loo (right) in a scene from the 1944 movie "The Purple Heart." Photo courtesy of Wikimedia Commons

“This has been an ongoing issue in films since the silent movies, the roles that Asian Americans have been limited to,” said Leong, who wrote the 2005 book, "The China Mystique: Pearl S. Buck, Anna May Wong, Mayling Soong Chiang and the Transformation of American Orientalism."

During the World War II era, Asian Americans were able to get many roles, often playing the enemy Japanese, Leong said.

“Richard Loo was Chinese American. He was tall and often cast as the evil Japanese imperial officer,” she said.

“And you can see that continuing to today. Asian Americans are still hired to portray an enemy that’s sinister or evil.”

The survey found that male actors who are Asian, Asian American or Native Hawaiian/Pacific Islander are often cast in roles that are emasculated — 58% of the characters had no romantic relationship, while many others were subjected to disparagement by other characters.

“Dwayne ‘The Rock’ Johnson became popular through wrestling, and he started out in that by playing this kind person named Rocky, and he did horrible,” Leong said.

“Only when he became the masculine, macho person named ‘The Rock’ did people take notice, and he’s parlayed that into heroic roles, which is very rare. Johnson is able to portray himself as much more masculine than Asian American males, who are often seen as not masculine enough.”

Hollywood often erases Asian American identity, Leong said. Of the 1,300 films in the survey, 39% had no Asian speaking or named characters. In addition, white actresses Scarlett Johansson and Emma Stone were cast as Asian American characters.

Both professors said that people in this population group can often be viewed as a monolith, blurring their individual ethnic identities.

“There’s this idea that all Asians look alike and sound alike and act alike, even though there are linguistic diversities,” Leong said.

“In India, there is such religious and ethnic diversity and most people don’t recognize that, much less around Asian nationalities and cultures.”

Higashitani said that no one person should have the responsibility of representing an entire community.

“Even among Japanese Americans, the ones who were born in the U.S. and the ones who immigrated here have totally different experiences and should be treated equally. The most important thing is to have more (representation) so we show different people in the community.”

Higashitani said that because she works on independent films, not Hollywood, she’s often not the only Asian person involved in a project.

“I was fortunate in that I chose to work in the places that embrace diversity,” she said.

But the idea of “isolation,” in which there can be only one Asian in a cast or on a production, is harmful, she said.

“Then it becomes a competition, and I’m the person who gets the one Asian spot. It’s not embracing us as a group.”

In her classroom, Higashitani has worked to change the idea that white identity is the default.

“Even with me having a BIPOCBlack, Indigenous and people of color identity, I didn’t realize that most of the materials I was using in the classroom, even shots from famous pictures, were all white,” she said.

“So I intentionally started to use examples in class made by BIPOC or LGBTQ or women filmmakers. I don’t mention it to the students. I just want to set it as the norm.”

She urges students to choose to work with people from underrepresented groups when they are professionals, as she has done on her film sets.

“Students I’ve been teaching could be Hollywood executives in 20 years. If they don’t have that mindset, that they have to aggressively include those people on their sets, it will still be tokenism – ‘I have to check this box.’

“If they say, ‘These are my colleagues and allies and the people I love to work with,’ we’ll see the change in 20 years.”

“Crazy Rich Asians,” released in 2018, was enormously popular, and although it featured a cast made almost entirely of actors who are Asian American or of Asian descent, it had its own problems. ASU Professor Karen Leong said that "Robot Stories," released in 2003, was a good example of authentic Asian American representation across a range of characters.

“ ‘Crazy Rich Asians’ was seen as this cutting-edge film. It was not,” Leong said.

“It created its own stereotypes in terms of these uber-wealthy, elite groups, which is not at all like the Asian American experience. It erased diversity in Singapore.”

Leong said the future of authentic representation may start with science fiction.

“Asian Americans have been able to find more representation in science fiction TV, like ‘Battlestar Galactica,’” she said.

“Greg Pak came out with a series of short films packaged together called ‘Robot Stories.’ They were all science fiction and featured Asian American or multi-racial Asian American actors. It was a wonderful, positive representation, just showing the range of acting and range of characters that could be done,” Leong said.

The professors said that the Asian American community is making a point to support good representation.

“The film industry is driven by profit,” Higashitani said. “Now we’re starting to see change because the majority of people who consume it are minority groups.”

“That was something we saw with African-American-produced and -directed films, because those box office figures matter,” she said. “Some of us have signed pledges to go see these films when they come out.”

Streaming services like Amazon and Netflix also are changing the game, the professors said.

“Hollywood has been slow to be imaginative and creative. Market forces are very powerful,” Leong said.

“As we’re seeing more global filmmaking, as we’re seeing Netflix and other streaming services expose us to other types of films, maybe that will help change consumer tastes and audience expectations.”

Leong cited the Netflix movies “The Half of It,” “To All the Boys I’ve Loved Before” and “Always Be My Maybe” (which she called “the perfect rom-com”) as successful films with good stories and authentic representation.

“Those films have shown the young adult appeal, and they show more willingness to have these different types of stories and casting,” she said.

Sun Devil Baseball rallied to a walk-off victory over Fairfield on Sean McLain's RBI single in the bottom of the ninth for a 7-6 victory over the Stags to advance in the winner's bracket, where it will take on No. 2 overall seed and regional host Texas tomorrow evening. ... Sun Devil Baseball rallied to a walk-off victory over Fairfield on Sean McLain's RBI single in the bottom of the ninth for a 7-6 victory over the Stags to advance in the winner's bracket, where it will take on No. 2 overall seed and regional host Texas tomorrow evening.