Experts discuss subsidence, a geological phenomenon that causes the ground to sink and crack

Disturbing news came out of Mexico City over the past few weeks. In some places the megalopolis is sinking as much as a foot and a half annually. Some areas could sink as far as 65 feet in the next 150 years.

It is the fastest sinking city in the world.

And the same geological phenomenon is happening in metro Phoenix, according to researchers at Arizona State University and the state government. In extreme cases, cars and a horse have been swallowed by the cracks it creates.

It’s called subsidence, and it’s caused by groundwater pumping. The science behind it is simple to explain, said Grace Carlson, an Arizona State University postgraduate researcher who earned her master’s degree in geoscience at ASU's School of Earth and Space Exploration. Carlson has done research on local subsidence.

Though people picture aquifers as cracks in fully formed rock — and that is often the case in Arizona — that’s not how all aquifers work, Carlson said.

“(Many) aquifers hold water in between the core space of a sediment,” she said. “When you remove that water, sometimes those sediments rearrange, and that core pressure that was keeping the grains apart has collapsed. And so over time that causes the ground surface elevation to lower because basically the space in between the grains has been removed.”

When the ground sinks, fissures erupt. The desert Southwest is mostly basin and range topography. Drive to Palm Springs, California, or Tucson and you’ll have a perfect illustration of it: wide, deep alluvial basins interspersed with solid bedrock mountains. When you draw down water in these basins, the land surface sinks and gets torn apart from the bedrock. 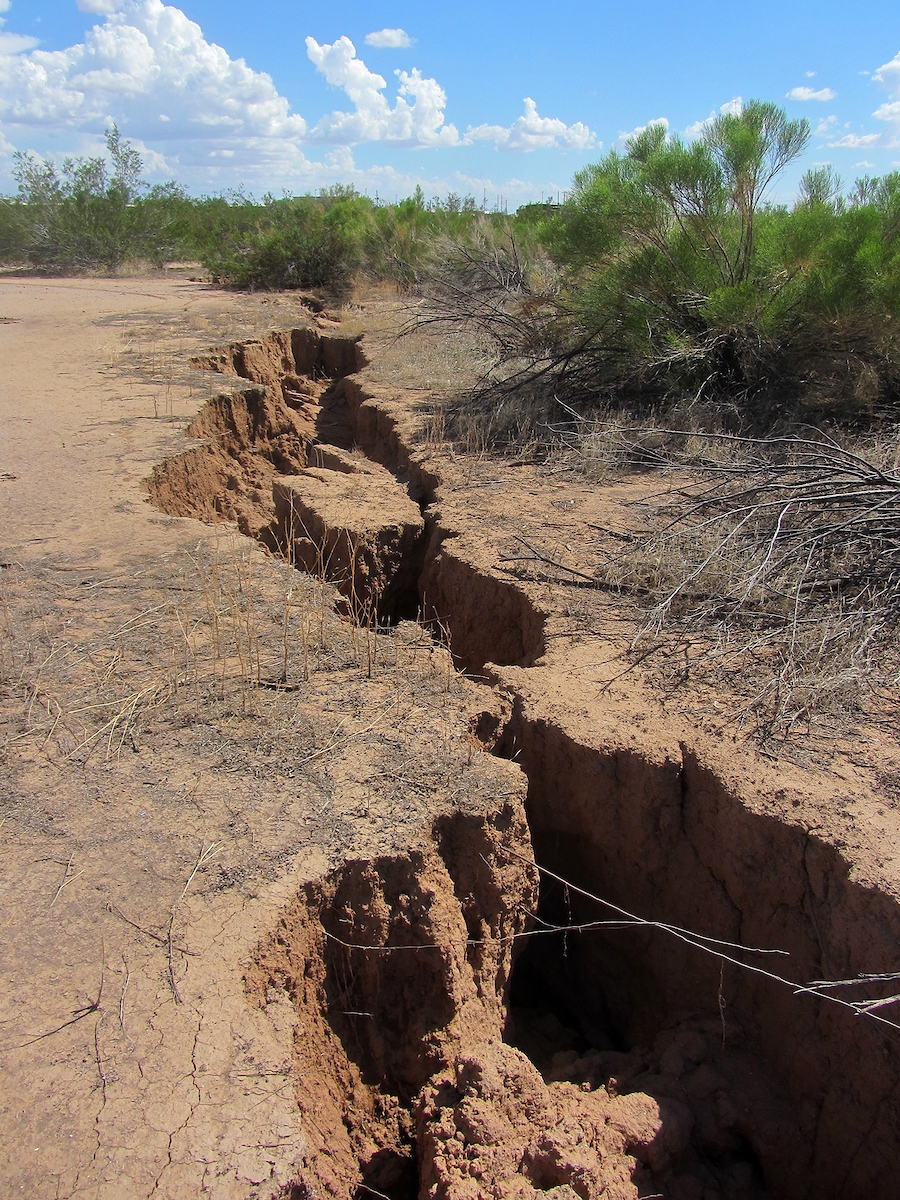 On the night of July 21, 2007, a thunderstorm pounded Chandler Heights with 2 inches of rain in an hour. A fissure opened up from just north of the San Tan Mountains, crossed the Hunt Highway and San Tan Boulevard, curved west and stopped just short of Sossaman Road. It wasn’t new. It was visible on aerial photos back in 1969. When Chandler Heights was developed, the fissure was backfilled in places. When the rain hit it, water flowed in and undermined the backfill. The crack widened.

When the backfill collapsed, a hole was left more than 40 feet deep in places and 15 feet wide in others. Corral fences collapsed. In a Chandler Heights paddock, a 13-year-old, 1,110-pound horse named Cash fell in the fissure as the earth collapsed beneath him. After a 15-hour rescue attempt, Cash died.

The fissure had been backfilled after an August 2005 storm. That event drove the state Legislature to require that fissures be disclosed in real estate transactions and tasked the Arizona Geological Survey to map them.

Backfilling — with earth, riprap, tires or whatever — doesn’t work, said hydrologist Brian Conway, supervisor of the Geophysics-Surveying Unit for the Arizona Department of Water Resources.

“We kind of have a joke in the science world that you don't know if it's an earth fissure until there's tires in it,” Conway said. “The tires will just stay there, but the finer grain material like soil and stuff like that, you try to fill it up with dirt and everything. But you want to keep water away from it 'cause that hairline crack is going to always be there. And so when you have rain and runoff, that water is going to infiltrate, get through that dirt that's put in there and slowly erode it down into that crack. And it's going to open back up again due to the erosion.”

The town of Queen Creek has filled in the fissure that swallowed Cash, and it hasn’t opened up since.

“I have noticed when I've been out there that the way the water drains to their area is a little bit different than what it used to be,” Conway said. 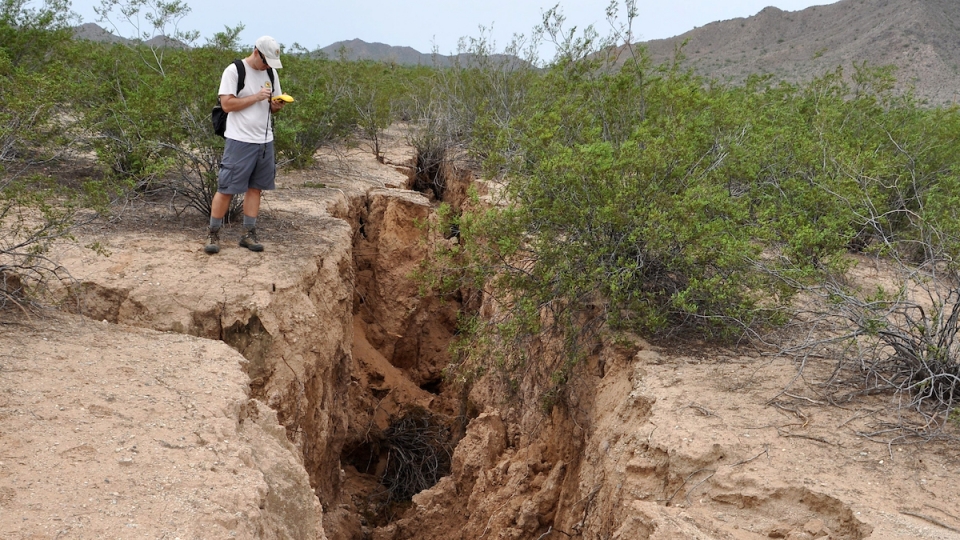 A scientist studies an earth fissure in the greater Phoenix area.

There are three subsidence areas in metro Phoenix, according to Conway. There’s a big one called the West Valley Feature around Luke Air Force Base. Between 1957 and 1992, geologists had measured 18 feet of subsidence by the base. It has slowed down dramatically, to where it's only maybe an inch or two a year.

Another spot in the northeast Phoenix-Scottsdale area subsided about 5 feet by the early '90s as well. It has also slowed dramatically.

Finally, there's the Hawk Rock area, which is in the East Valley near the east Mesa and Apache Junction border with U.S. 60, and south a little bit toward Gateway Airport. That area had subsided about 5 feet by the late '80s. Now it's only subsiding about 2 to 3 centimeters a year.

Subsidence has slowed mainly because agriculture has been supplanted by housing. Farmers aren’t pumping groundwater for irrigation. Water use has declined and become more efficient as the population has increased.

While the law requires fissures be disclosed in real estate deals, “a lot of times people just don't read all of the fine print,” Carlson said. “And so they don't know that they're purchasing a home in an area that is prone to fissures. Something that I would recommend is the Arizona Department of Water Resources has maps of subsidence features that they get from something called interferometric synthetic aperture radar, which is a satellite that is used to help see where places are deforming. They have maps publicly available. And so if you look at places that are subsiding, just stay away from that area.”

On a grand scale, not much can be done about subsidence once it’s under way. It’s a regional problem.

“You're talking hundreds of square miles, some of these features,” Conway said. “There really isn't anything you can do. And it's not like it's dropping catastrophically fast. It's very slow.”

Jennifer Kaplan, a 1996 graduate of Arizona State University's Hugh Downs School of Human Communication, recently established the Jennifer G. Kaplan Endowment Scholarship. The scholarship provides funding to Hugh Downs School undergraduates with an interest in pursuing or studying a career in public relations.  Kaplan is the owner and founder of Evolve Public Relations and Marketing, a Scottsdal...

Kaplan is the owner and founder of Evolve Public Relations and Marketing, a Scottsdale-based firm founded in 2010. The company has grown and currently has a team of 14 employees and more than 90 clients in industries such as restaurants, retail, entertainment, real estate, medical, legal, global and international companies and nonprofit organizations. 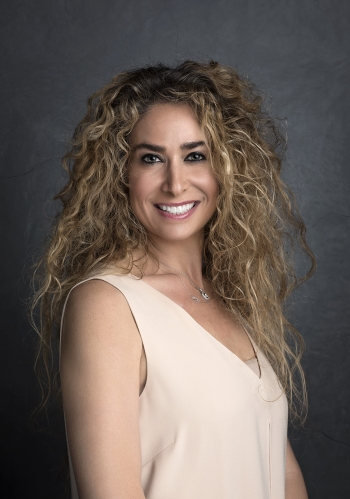 "I had a wonderful college adventure that I want students today to experience. I hope that they grow and thrive, achieve their goals and pursue their career dreams. I don’t take for granted all that I have been given and want others to have the same opportunities.”

ASU undergraduate Helena Pereira, who is majoring in both communication and philosophy, was chosen as the first recipient of the Kaplan Scholarship for the 2021–22 school year.

“I am eternally grateful for this educational opportunity,” said Pereira in a thank you letter to Kaplan.

Belle Edson, director of undergraduate studies at the Hugh Downs School, served on the committee that chose scholarship awardees and had Pereira in her spring COM 207 class, Introduction to Communication Inquiry. “Helena is consistently and fastidiously present,” Edson said. “She asks questions and was very involved in the class. She demonstrated a commitment to the field of communication, is meticulous, and is interested in her classmates.”

Pereira served as the public relations chair of her sorority during her freshman year. In that role, she managed all of the chapter’s social media platforms.

“It was a creative outlet where I posted and edited pictures that would connect our audience to build our brand,” Pereira said. “Content editing and graphic media production were my forte and I realized that the substance had to inspire people, but the style had to appeal too. I was able to find a balance between the two that only increased our interaction, which was a great accomplishment.”

Kaplan and Evolve Public Relations and Marketing was named to the Sun Devil 100 Class of 2021, which is sponsored by the Arizona State University Alumni Association. This is the sixth year Kaplan has made the prestigious list.

The Sun Devil 100 celebrates the achievements of ASU alumni who own or lead businesses across the globe that demonstrate innovation, growth and entrepreneurial spirit. 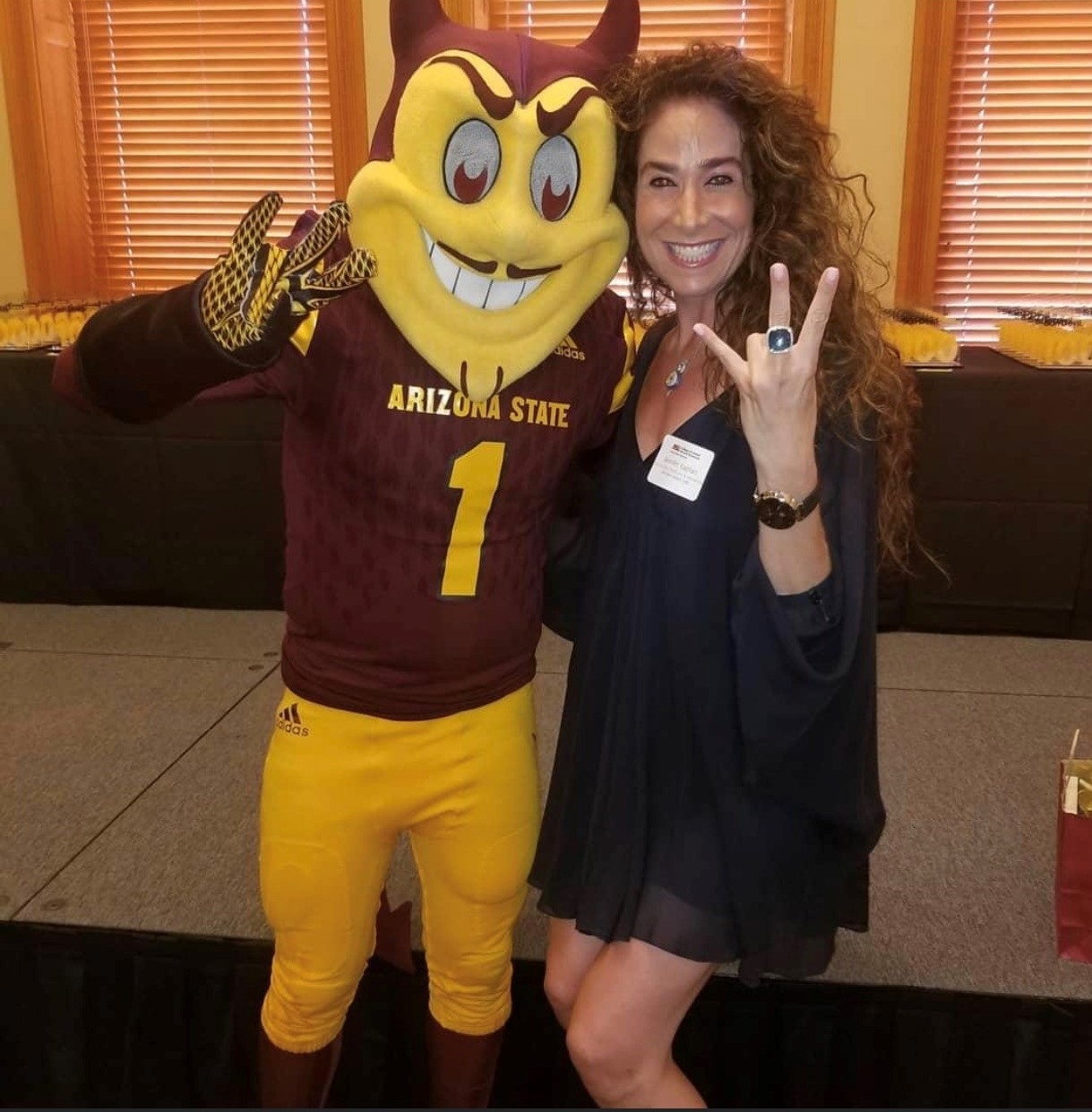 “I come from a family of entrepreneurs, so it was in my blood to start my own business,” Kaplan said.

Hugh Downs School Interim Director Paul Mongeau says that Kaplan understands the importance of a communication degree “both as a leader and through her work that engages and informs key audiences, and builds important relationships.

“We look forward to working with her to engage our students in the field of public relations, and appreciate her largess very much,” he said.