The School of Molecular Sciences is part of a group awarded a JEDI — Justice, Equity, Diversity and Inclusion — seed grant from The College of Liberal Arts and Sciences at Arizona State University.

The College established JEDI seed grants to promote an environment of equity and inclusion. The School of Molecular Sciences partners with the School of Earth and Space Exploration and the School of Life Sciences on the award and the grant’s fulfillment.

Christy Till, an associate professor in the School of Earth and Space Exploration, along with School of Life Sciences Professor Sharon Hall and Clinical Assistant Professor Ara Austin of the School of Molecular Sciences, were awarded $9,550 for their grant proposal, INCLUDES.

INCLUDES, which stands for “Natural Sciences INCLUsion DEpartmentS Training Program,” will provide annual workplace climate and bystander intervention trainings. These trainings aim to reduce harassment and promote cultural and racial understanding, consistent with ASU’s charter as a “public research university, measured not by whom it excludes, but by whom it includes and how they succeed.”

"I believe that we are taking a step towards creating a more inclusive environment across the natural sciences units by participating in the proposed INCLUDES training program,” Austin said. “We are excited that many of our faculty members are eager to participate in this program, and their willingness shows just how much we are taking these matters seriously."

The first INCLUDES trainers — three senior faculty each from the School of Molecular Sciences, School of Life Sciences and School of Earth and Space Exploration — will themselves be trained through the ADVANCEGeo inclusion workshops. These workshops prepare trainers for the biology, chemistry, ecology, geoscience and engineering research environments. The INCLUDES program will be self-sustaining through annual workshops for future trainers. INCLUDES trainers will then teach and mentor other faculty, postdoctoral fellows and graduate students in these units.

The competition is over, but the impact will stay with students and the Arizona community. The 2021 National Science Olympiad finished up May 24. Through the event, teams from 120 middle and high schools competed in virtual events, learned from college students and experts and worked together to raise money for the Society of St. Vincent de Paul Phoenix. Access ASU, the Ira A. Fulton Schools of ...

The competition is over, but the impact will stay with students and the Arizona community.

The 2021 National Science Olympiad finished up May 24. Through the event, teams from 120 middle and high schools competed in virtual events, learned from college students and experts and worked together to raise money for the Society of St. Vincent de Paul Phoenix. 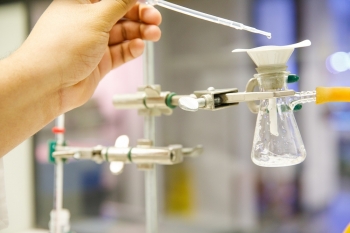 Access ASU, the Ira A. Fulton Schools of Engineering and The College of Liberal Arts and Sciences partnered with the National Science Olympiad to present the 2021 event virtually at Arizona State University. Founded in 1984, Science Olympiad hosts 450 tournaments annually with nearly 8,000 teams in all 50 states. The 2021 competition pivoted to a virtual format for the qualifying state events and the national competition, featuring knowledge-based events focused on engineering, physics, epidemiology, astronomy, chemistry, meteorology and coding. Events were either video submissions or live video interviews.

Science Olympiad teams from Mason High School in Ohio and Kennedy Middle School in California were crowned 2021 champions. More than 100 U.S. teams and the Global Ambassador Team from Japan were represented in a virtual Parade of States.

"The staff and departments at Arizona State University were essential to the success of this historic Science Olympiad National Tournament," said Jennifer Kopach, CEO of Science Olympiad. "We are so grateful for their partnership and spirit of innovation."

ASU faculty and staff helped think through the logistics needed for such a huge event being planned virtually for the first time. The Fulton Schools of Engineering and The College faculty, staff and students worked hard identifying the competition supervisors and supervisor assistants, obtaining the necessary supplies, providing lab space for scientists to run exercises with teams participating via Zoom, running event tests, scoring and ranking teams, answering questions for competitors and generally making sure that the event ran properly. Competition events included solving a crime based on evidence collection and testing, using investigative skills to study disease, identifying and classifying fossils, building a computer game, working with a team to describe and build objects and more.

James S. Collofello, vice dean for academic and student affairs in the Fulton Schools of Engineering and professor of computer science and software engineering, said that the Fulton Schools have been involved with the state Science Olympiad since 2017 and that this event was a great way to commemorate five years of being involved.

“The Fulton Schools is always looking for positive ways to promote and support STEM education, particularly in K–12 settings. Science Olympiad shows young students who are interested in science, technology, engineering and math the possibilities available in higher education,” he said. “Everyone participating from the Fulton Schools looked forward to meeting these bright, inquisitive students and their school mentors. We were excited to challenge these students in an inspiring competition that was memorable and fun.”

Paul LePore, associate dean for student and academic programs in The College, said The College has also been involved in the state tournament since 2017 and that it’s a great way to inspire future college students.

“Supporting middle and high school students and their teachers and the STEM curriculum being taught in our nation’s K–12 schools is critical in helping ASU achieve its core mission of providing outstanding education opportunities for the next generation of talented and diverse undergraduates,” he said. “Science Olympiad has proven to be one of those important pathways that allow young people to become enthusiastic about their learning and excited about the range of educational opportunities and career possibilities that await. We couldn’t be happier and more honored to host this year’s Science Olympiad National Tournament at Arizona State University.”

ASU students with SPARKS, The College and the Fulton Schools of Engineering all offered the middle and high school participants chances to learn what college is like. SPARKS students hosted a panel at the STEM Expo before the event during which they talked about their different majors and backgrounds and shared their Sun Devil stories. Because of the virtual format, for the first time ever the broadcast events were open to all Science Olympiad teams to enjoy, not just this year’s national competitors.

Events throughout the week featured a welcome message from ASU President Michael Crow, a talk from NASA astronaut Christopher Cassidy, an event with the all-women ASU Desert Wave underwater robotics team and a fundraiser to benefit the Phoenix community. Science Olympiad teams were encouraged to participate in a service project to honor the city that would have hosted an in-person tournament. In total, participants donated $5,695 for the St. Vincent de Paul Food Reclamation Center to help families fight hunger in the greater Phoenix area.

Quiñonez said that ASU was honored to collaborate on one of the nation’s most prestigious STEM competitions and to also shine a light on service for our local community.

“Encouraging and empowering students to innovate and be part of their communities’ solutions is tremendously important. COVID hit families hard financially, so the generosity toward St. Vincent de Paul will go a long way in providing meals to families in need,” Quiñonez said. “I think the Science Olympiad community really exemplified what ASU is all about: innovation, excellence, and assuming fundamental responsibility for our communities. ”