Scenic designer Arnel Sancianco joins the School of Music, Dance and Theatre in Arizona State University's Herberger Institute for Design and the Arts this fall.

“We are thrilled to have attracted an artist of Sancianco’s caliber to our design and production program,” said Heather Landes, director of the School of Music, Dance and Theatre. “Sancianco’s unique socially engaged scenic design voice, his wealth of diverse professional experiences in scenic design throughout the country, his creative ideas about design curricula, and his emphasis on equity and inclusion will complement and enhance our design and production offerings.” 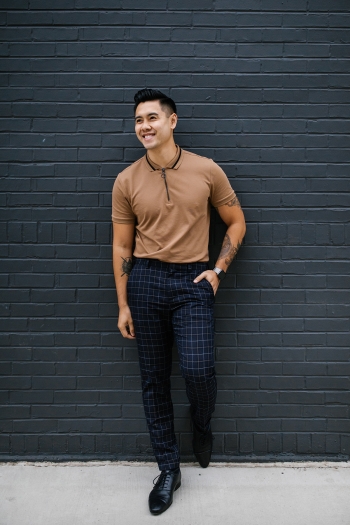 Sancianco received his bachelor’s degree in drama with honors in design at UC Irvine and his MFA in scenic design from Northwestern University. He has designed all around the United States, with a lengthy repertoire of plays in his credits. At ASU, he will teach scenic design as well as “Drafting for the Stage” this fall.

“I was drawn to ASU and the Herberger Institute for their emphasis on innovation and collaboration,” Sancianco said. “I was excited by the resources available that would allow me to develop collaborative projects across the campus as well as progress upon new courses that would challenge the next generation of theater-makers.”

Sanciano, who refers to himself as a “theater nerd” from a young age, said part of challenging his students is teaching them to embrace failure.

“I believe learning from your failures opens you up to the possibilities of innovation,” he said. “I’ve worked in some of the largest opera houses to the smallest storefronts. My experience in theater over the last decade has taught me that limitations shouldn’t restrict a designer’s ability. Designers should view limitations as an opportunity to innovate. My hope is to guide students through the innovative process and embrace failure.”

The two courses he will teach this fall home in on practical and necessary skills for the stage and offer a hands-on approach designed to introduce students to processes such as scale model making, storyboarding, hand drafting and more.

“Over the years I’ve learned to hone my craft, and I’m constantly learning from the people around me while also helping them develop their art,” he said. “I’ve always been the type of person who enjoyed mentoring young artists – the process of watching someone discover their voice and their perspective on their world and turn their experience into a work of art is very special to me.”

Sancianco said the newly reorganized School of Music, Dance and Theatre, which brings the performing arts disciplines together under one school, “offers many opportunities for students to explore a path in theatrical design, and I believe with the support of ASU I can help guide these students towards a successful career in theater that will diversify the landscape of the stage.”

In addition to the technical aspects of his teaching, Sancianco said he wants to help ensure all voices are represented in the theater world.

“I grew up being told ‘Be the change you want to see in the world,’” he said. “My hope is that through my mentorship and guidance, I will be able to expand the spectrum of voices and stories being told on and off the stage.”

Currently, Sancianco is working on Court Theatre’s digital production of “Titanic: Scenes from the British Wreck Commissioner’s Inquiry of 1912” and Goodman Theatre’s live digital productions of “The Sound Inside,” “The Ohio State Murders” and “I Hate It Here,” all of which will be available for streaming this summer.

A PhD student at Arizona State University who studies how nonprofits can collaborate to improve people’s health is literally taking his expertise to the field.Rodney Machokoto, a doctoral student in the School of Community Resources and Development, is working in two community gardens to help people learn how to grow and distribute nutritious food.“My PhD focuses on how nonprofits can work tog...

Tempe campus , School of Civic and Economic Thought and Leadership , Sandra Day O'Connor College of Law , The College of Liberal Arts and Sciences 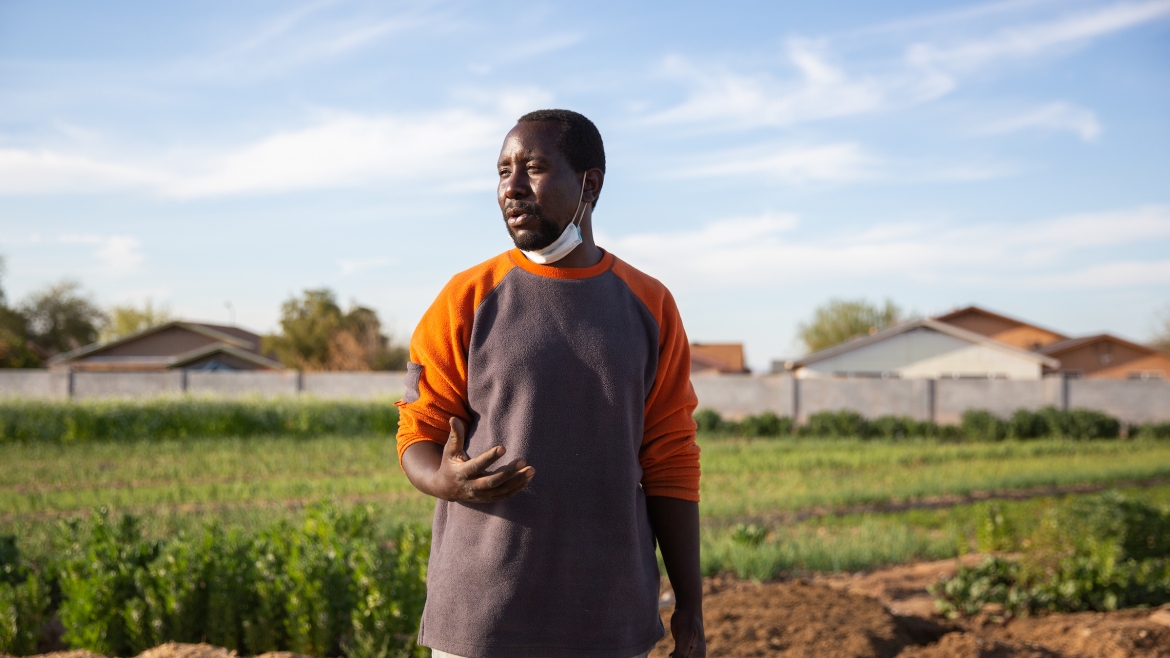 A PhD student at Arizona State University who studies how nonprofits can collaborate to improve people’s health is literally taking his expertise to the field.

Rodney Machokoto, a doctoral student in the School of Community Resources and Development, is working in two community gardens to help people learn how to grow and distribute nutritious food.

“My PhD focuses on how nonprofits can work together to transform health, and part of what I’m studying is trying to do something practical,” he said.

Machokoto came to the PhD program at ASU after working as a corporate accountant in Atlanta for several years. He and his family lived in central Phoenix, where they started a large garden in their yard.

“As time went on, I started to see the issues of food deserts in this city, and I wanted to do something, and the food element was easy, considering my background,” he said.

Machokoto is from Zimbabwe, where he learned how to grow vegetables from his parents.

“Farming and gardening played a significant role in supplementing the little wealth we had,” said Machokoto, who is a research associate with the Partnership for Community Development, an initiative in the School of Community Resources and Development.

“In our city, we would find an open area, which you can do, and you start to garden and use that food to supplement you throughout the year. We were gardening on an acre by hand.”

After coming to ASU, Machokoto began working in two gardening spaces — Agave Farms in central Phoenix, a commercial nursery that offers gardening plots to local nonprofits, and Spaces of Opportunity, a 19-acre urban farm in South Phoenix funded by a collaboration of nonprofits that operates a farmers market and teaches gardening to the students in the elementary school next door.

The nonprofits in those two spaces are trying to help local people — including low-income families, people with intellectual disabilities, families affected by incarceration and refugees — connect with gardening as a way to develop healthy eating habits. One group helps Native American gardeners grow heritage varieties of traditional crops, such as blue corn, melons and squash. The gardens are in areas of the Valley that are considered "food deserts," with fewer grocery stores and access to nutritious foods. 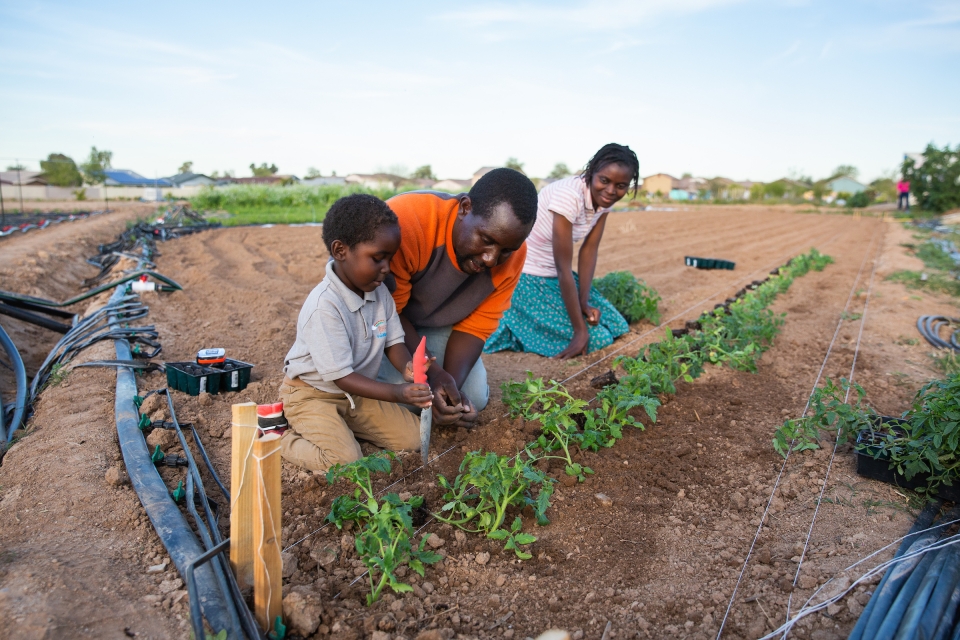 Rodney Machokoto plants tomato seedlings with his wife, Daphine Machokoto, and his son, Michael Machokoto, at the family’s plot at the Spaces of Opportunity community garden in South Phoenix. Photo by Deanna Dent/ASU News

Some of the harvest goes to the farmers market and some is donated to food pantries.

“One of the things we’re trying to do is change the supply chain of food systems. Most of the people engaged in projects like this are very interested in that – how do we bring in more environmentally friendly methods?” Machokoto said.

“But food is a very complex system, and a lot of times people don’t have the experience to interact with the major players.”

Machokoto said that his experience in corporate accounting helped him to understand the big picture, including supply chains, customers, regulations and competitors.

“So even to be engaged in something this local, you can see how it fits into the bigger picture,” he said.

A few months ago, Spaces of Opportunity received a $100,000 grant from Sprouts, which was announced on "The Ellen DeGeneres Show.” That was in addition to $315,000 the grocery chain had already invested in the farm.

“One of the things I’ve been trying to push is that we are doing the kind of stuff that places like Sprouts love. But we’re not growing the varieties that people want,” he said.

“Nobody here grows broccoli. I joke that we are the eggplant capital of Arizona. Everybody here loves eggplant. But the majority of the people in the city have no idea what to do with eggplant.

“If we’re here to feed the community, then we need to grow what they know.”

Machokoto’s knowledge of gardening helps his fellow gardeners. But it’s his expertise in accounting that’s helping some of them move from hobbyists to entrepreneurs.

“My role is as a supporter. Because of my farming background and accounting background, I’m one of the go-to consultants for agricultural practices and business practices,” he said.

Some items sell for a good price per item at farmers markets, he said.

“But at the end of the day, how many people buy that one item? If you grow a different item, it might have a smaller price tag but maybe 200 people will buy it.

“I used to teach financial management for nonprofits at ASU, and I’m learning how to communicate that financial knowledge to individuals in a way they’ll understand.” 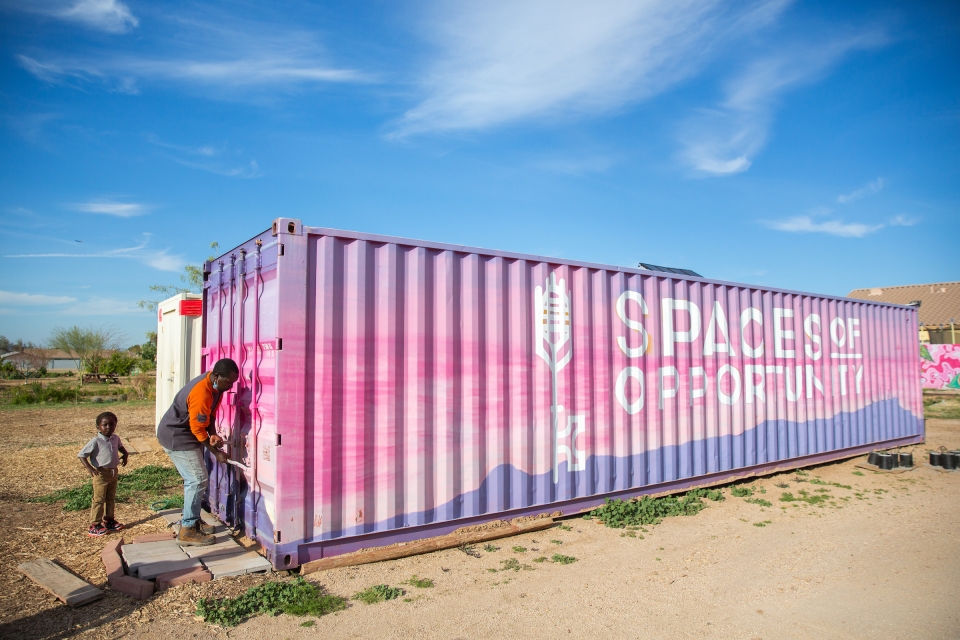 Every Sunday morning, Machokoto is at the garden early, watering, weeding and harvesting his own plot before helping his neighbors with advice on everything from soil to finance. He grows collard greens, kale, tomatoes, cauliflower, broccoli, eggplant, squash, carrots, radishes, peas, lettuce and melons.

“One farmer is trying to start a nonprofit and I’m advising him how to start and put the paperwork together. But people also come to me to help them set up an irrigation system and figure out what to plant and when,” he said.

One of the gardeners is a refugee from Africa and wanted to let her plots go empty over the winter, which is actually prime growing season in Arizona.

“I told her, ‘Grow broccoli like you grow eggplant.'"

Another woman grows beautiful flowers and wants to get into the wedding business.

“I had to nudge her to say, ‘You’re not utilizing the whole plot. Make your space 100% capacity,’" Machokoto said.

“I said, ‘Come to me and we’ll do your paperwork.’ If we take care of the financials, I know she will be able to do her mission.

“Sometimes they need gentle encouragement when they’re nervous about taking that next step.”

Top image: Rodney Machokoto, a doctoral student in the School of Community Resources and Development at ASU, at Spaces of Opportunity urban farm in South Phoenix. Photo by Deanna Dent/ASU News