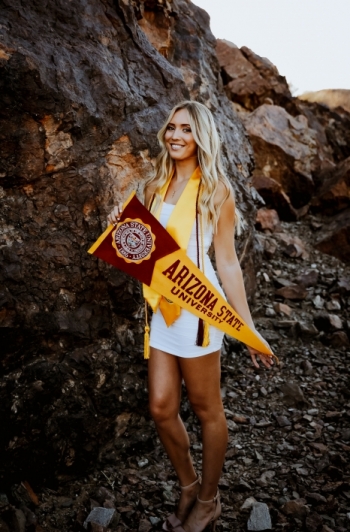 Usually behind the camera, Brooke Bahde poses with her graduation cap and her honors cords. Download Full Image

"I'm a 20-year-old entrepreneur who has devoted my life to chasing after my everlasting dream of being a photographer," Bahde said. "In fact, my itching desire to create motivated me to graduate high school a year early to get started on the business I've been growing since eighth grade."

Anwser: As a photography business owner, I was seeking to find a major that would help my company grow. Since photography was not offered at the ASU Havasu campus, I decided to go with communication. Through this degree, I realized that I would be able to grow my social media marketing methods, which would directly benefit my business. By staying in my hometown, I was able to expand my client base and begin my career while in school. I am also a huge fan of the lake and spending time boating with my family and friends, which made this campus perfect for me.

A: Something that I learned through ASU was how to take advantage of the help offered. Every professor, staff member, and the student body was beyond kind and willing to help me grow. Once I started to learn how to make connections and ask for advice, internships, or other resources, my photography business began to grow and soar.

A: ASU was my first choice because it was close to my hometown and my family. 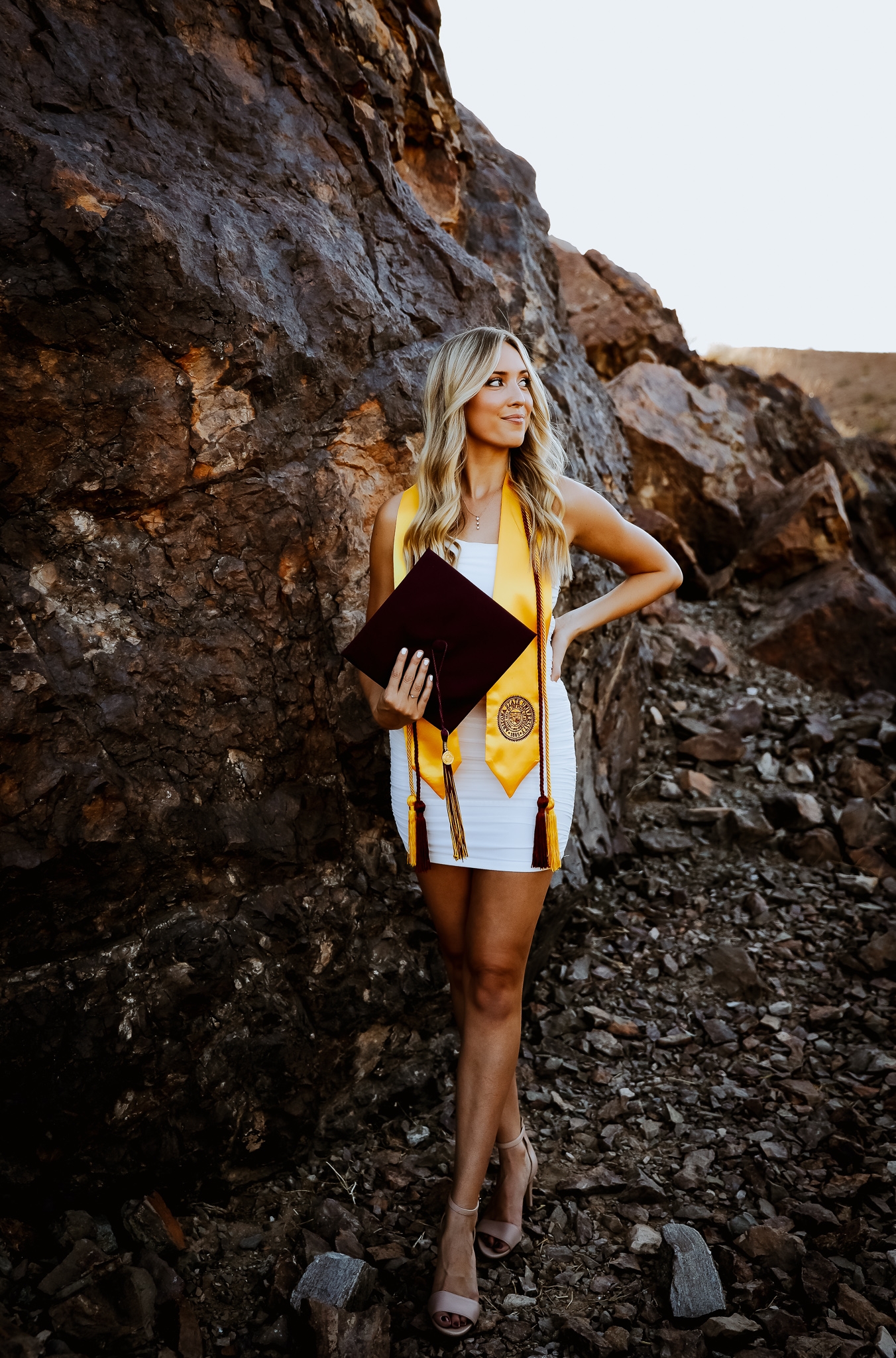 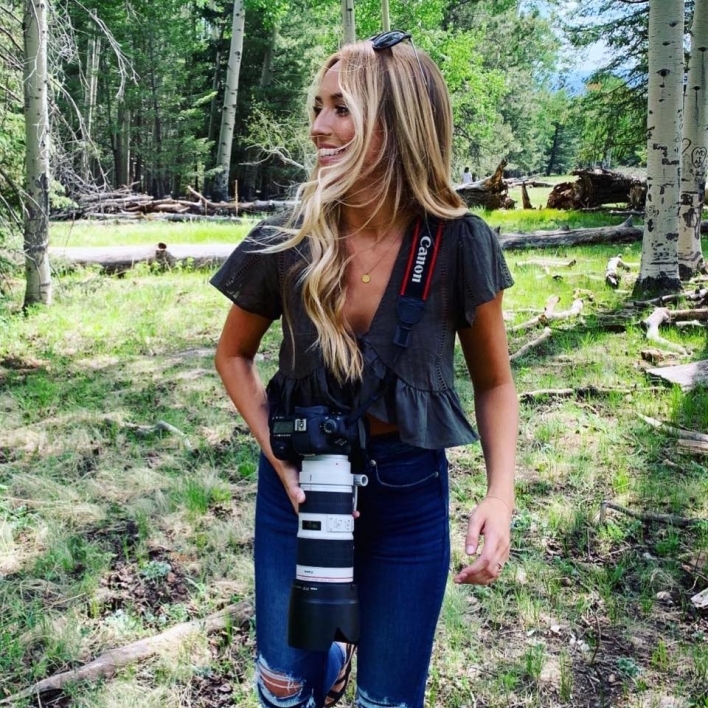 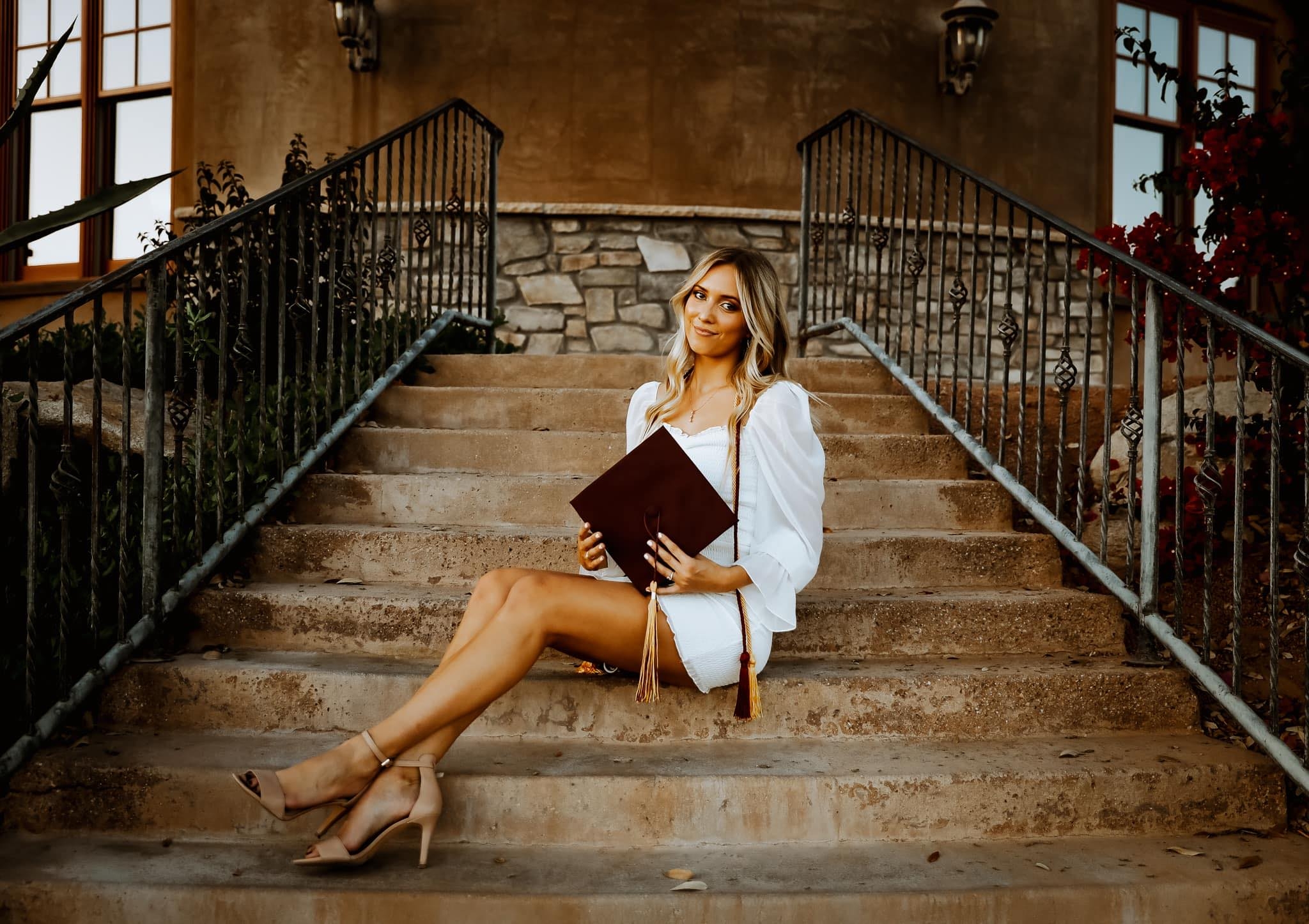 A: Dr. Leepsa Madhabika taught me to treat every single day like it’s gold. Her business classes inspired me to push myself to become the best version of myself. Whether that meant growing my education, relationships, or my personality, she taught me to never stop learning. She also taught me to balance, have fun, take every moment in, and be continuously grateful for those who have helped me reach my goals.

A: The best way to accomplish any goal is to imagine someone else your age doing the exact same thing, but 10 times better. This mindset helped me continuously strive to be ahead of the game and reach for the stars.

A: My favorite spot on campus in Lake Havasu was the outdoor patio area of the student center. I would sit and look out at the lake between study breaks.

A: After graduation, I will continue to expand my photography career using the business and marketing skills that I have learned in college.

A: With this money, I would invest in leadership training for middle school students around the world. Teaching young adults how to professionally present themselves, learn how to reach their goals, speak in public, build relationships with others, or the many other skills that come with leadership training, can help any kid become loving and hyper-successful in their future.

How do you effectively communicate important political and governmental messages across multiple nations, to diverse populations?Hannah Verrips, a graduate student in Arizona State University's Master of Political Psychology program has firsthand experience with those challenges. Verrips, a dual national of the United States and Canada, spent time during her undergraduate studies as part of the C...

How do you effectively communicate important political and governmental messages across multiple nations, to diverse populations?

Hannah Verrips, a graduate student in Arizona State University's Master of Political Psychology program has firsthand experience with those challenges. Verrips, a dual national of the United States and Canada, spent time during her undergraduate studies as part of the Canadian legislature while at the University of Waterloo. This governmental experience was part of a work experience program at various ministries in the Ontario provincial government. 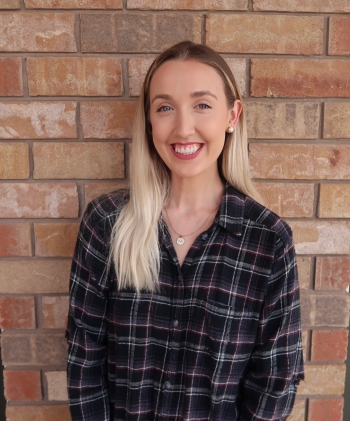 Verrips specialized in Canadian politics and was interested in the Master of Political Psychology program specifically to learn how to more effectively communicate and strategize messaging for citizens in the U.S. and in Canada. She currently works as a policy and programs assistant at the Ontario Ministry of Children, Community, and Social Services.

“I noticed that many of the people in government had trouble communicating political information to the electorate in an easily digestible way,” Verrips said. “Even when talking with friends and family about my role in politics, they would say they didn’t know what that means.”

One major challenge in effective communication for U.S. and Canadian citizens is that U.S. law doesn’t require citizens to relinquish their citizenship when applying for additional nationalities, and as a result, it is difficult to track how many dual citizens immigrate each year. It is currently estimated that approximately 10,000 dual citizens move across the U.S.-Canada border annually.

“It is unclear how many dual nationals there are, which is interesting in itself, so a lot of my work will be studying how multiple nationalities impact political participation, behavior and understanding,” Verrips said.

An important feature of the political psychology program is the mission to educate students using the most recent insights from evidence-based research in order to be prepared outside the classroom. Students can expect to use real-world situations and examples in order to better understand the strategy behind messaging and how to be more effective.

“This program has been so transformational to my life and career — I’m part of the inaugural class and it has been an amazing way for me to intersect different disciplines. I’ve really been able to take away key aspects of political science and psychology to be even more effective in my career and in further research,” Verrips said.

Following graduation, Verrips is starting a PhD in political science this fall at the University of Western Ontario.

“I’m really interested in conducting research on the political behavior of dual or multinational citizens. I want to know how having more than one national identity impacts voting behavior and their communication about important issues,” Verrips said.

Verrips had an unexpected connection with her faculty as well.

“The faculty was instrumental in mentoring me and helping with my application into my doctoral program,” Verrips said.

Verrips was also pleasantly surprised to hear that Steven Neuberg, who taught her "Prejudice and Stereotypes" course was a postdoctoral researcher at her alma mater early in his career.

“Hannah was an excellent student in my course, and it is no surprise that she is moving on to do great things in a doctoral program this fall,” said Neuberg, chair and Foundation Professor of psychology.